A curious document, coated in a thick layer of dust and ash, has been retrieved from the depths of the Wilderness. A powerful enchantment binds it. Only the strongest and wisest ‘Scapers can break the spell! Can you help?

Thanks to you, we were finally able to decode the first section of the document, and it led us to an anonymous author's mysterious calculations.

"The amount you pay will be reduced by at least 80% compared to the current death costs..."

Looks like death costs are getting reduced! Let's see what that will involve.

And here are some more examples of how the reduction percentage looks at different levels!

Now, we'll need to make adjustments elsewhere in the economy to implement these changes; death costs account for a whopping 62% of gold removed from the game! To compensate, we'll be introducing a 2% Grand Exchange sales tariff. This means a selling player will receive 2% less gold: a small price to pay to keep the economy in balance!

While we're here we'll be making some Quality of Life changes to the system too:


Here's a preview of the new UI: 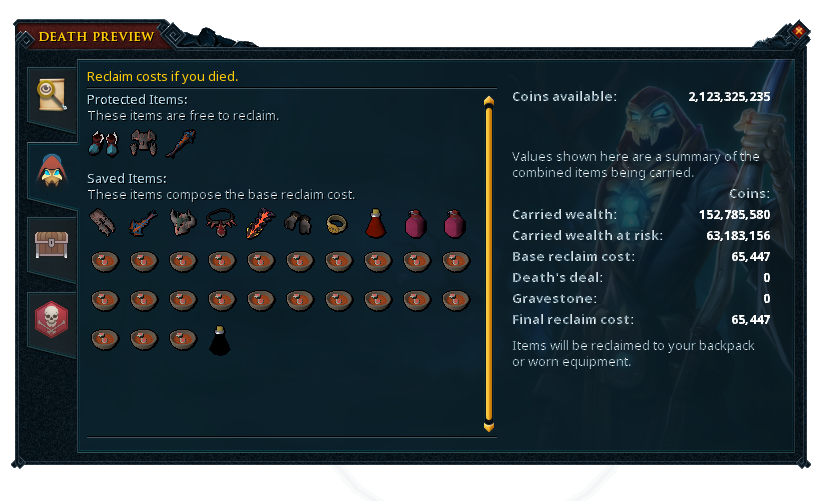 Want to dive in deeper? Expect a development blog going into further detail in the coming weeks!

On to the next section of the document. The words were a little blurry in places, but so far we've made out the following statement: January... event... War's Retreat?

Good work solving the second piece of the puzzle – the spell is finally broken! The next clue appears to be a... vintage postcard?

It reads, ‘Greetings from Fort Forinthry…’ 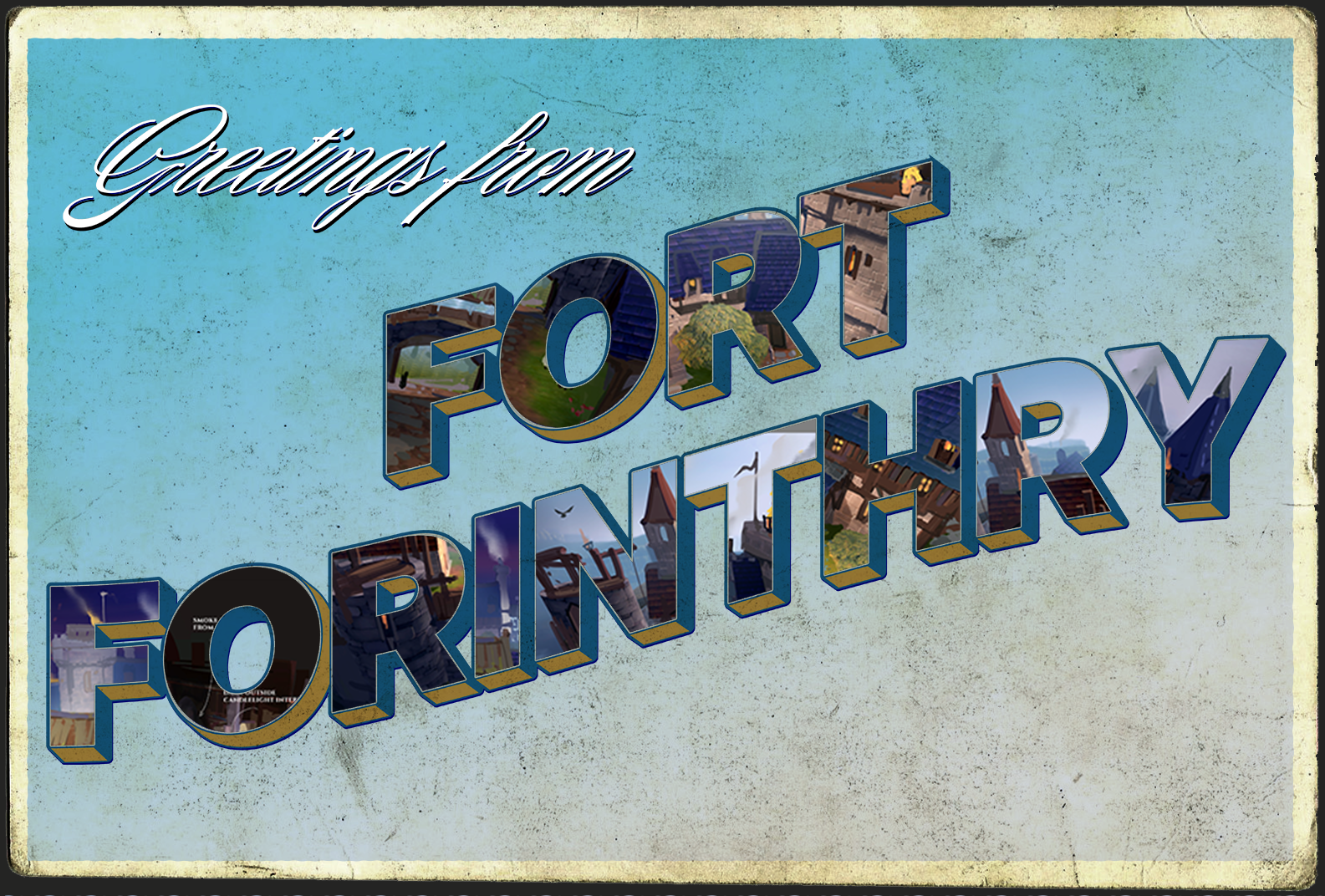 Oh, and there's a message!

"An old time is coming to an end, but new things are about to begin..." 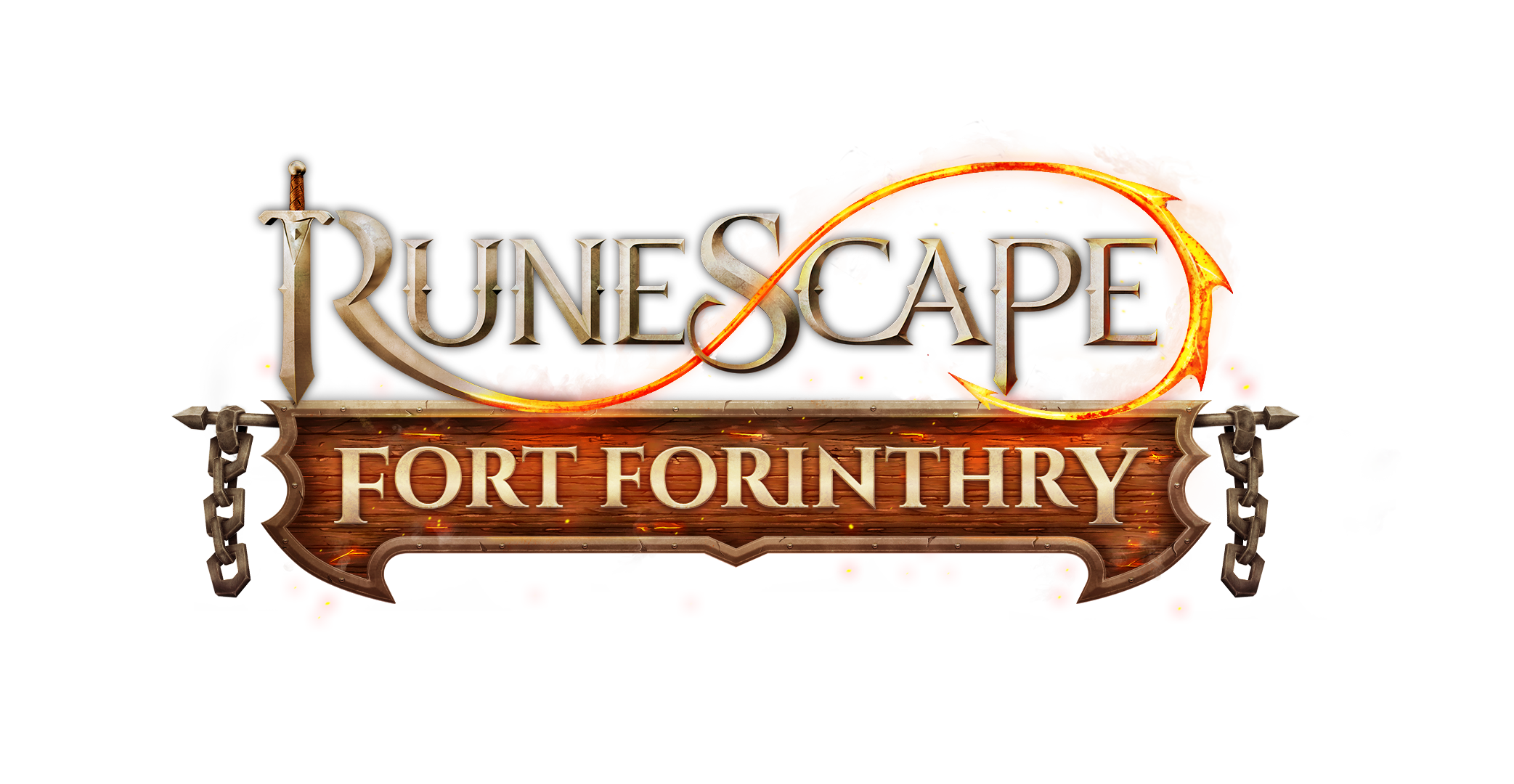 Fort Forinthry is named after the once-vibrant land that was decimated by the God Wars. It's also the name of an upcoming storyline, featuring an extensive cast of characters including King Roald and Queen Ellamaria, as well as the main character... you!

This new adventure will integrate skilling, questing, and combat, and is expected to arrive around mid-February! 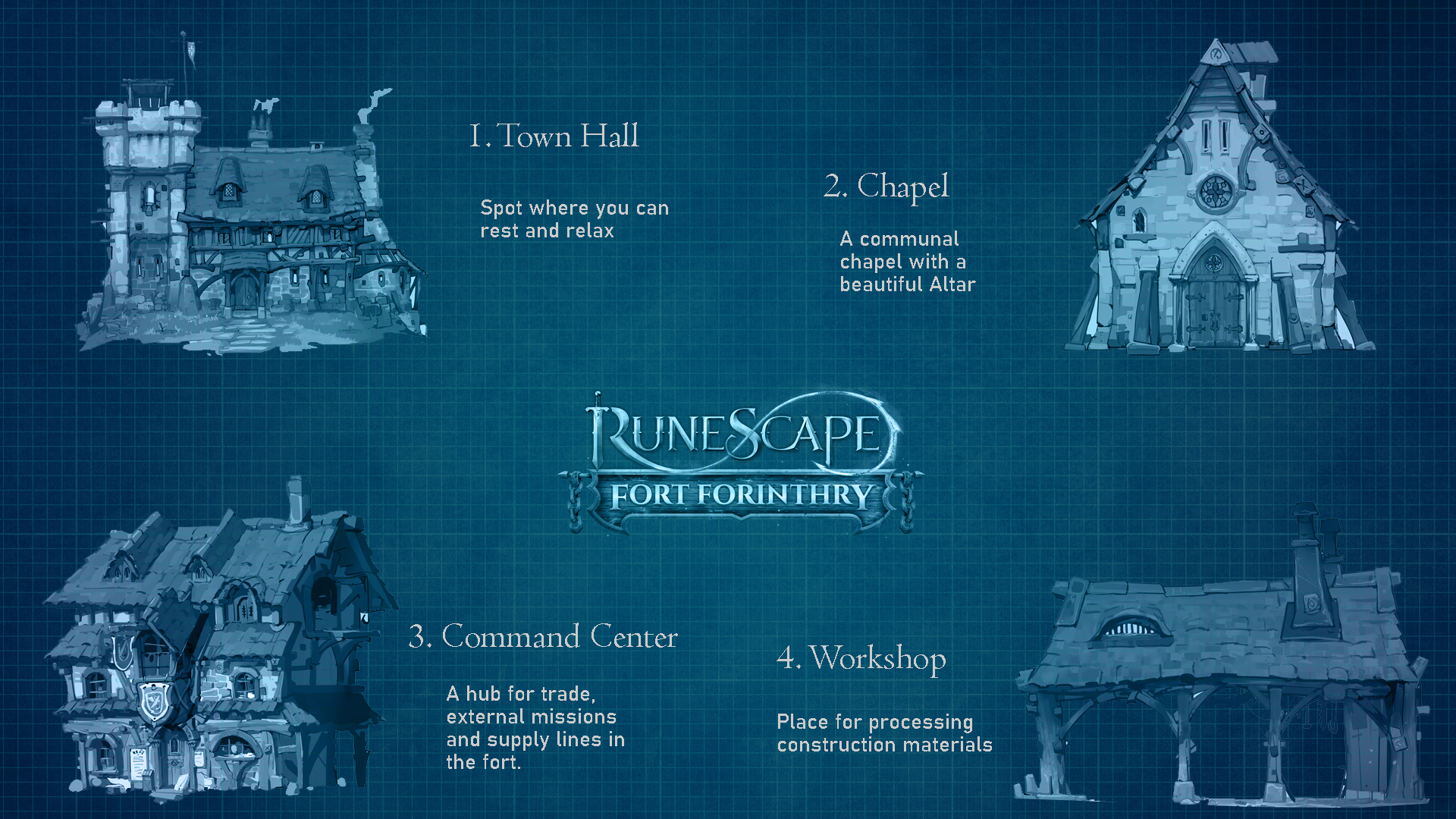 Here’s what we can figure out:

"This update adds a new training method for the Construction skill. The player will be tasked with building a fort to the north east of Varrock. There, they will be able to process Construction materials into full buildings, and then go on to upgrade their facilities into higher tiers for improved benefits."

Among the blueprints there are four buildings we can recognise:

Fantastic work on all the clues so far, folks. The next mystery is a picture of King Roald. Enigmatic! 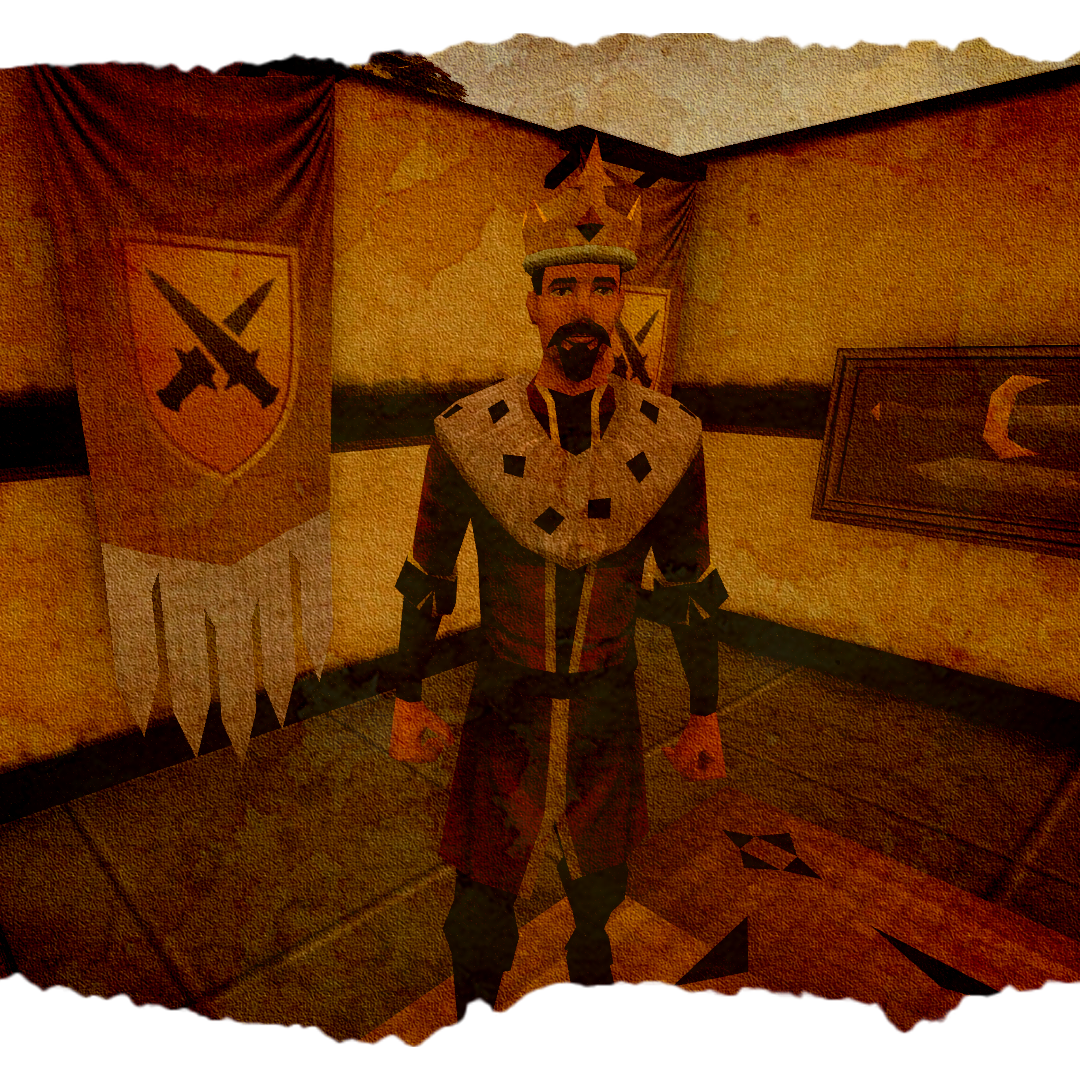 To clear up any ambiguity, there's a note attached. It reads as follows:

"The construction of Fort Forinthry is complete! To celebrate, King Roald requests that you host a banquet for the Misthalin royal family and assorted nobility. As if the usual political machinations of the Kingdom's elite weren't enough, the evening takes a sinister turn when one of the nobles is murdered at the banquet table! The gates are barred for the night; no one may leave or enter.

Can you and your wannabe-detective butler identify the murderer before dawn breaks?"

There's just one more section of this document to uncover now. Take a well-earned break, 'Scapers, because this one's on us. The document's final section will be revealed during our livestream on December 13th at 16:00. We have a feeling this is gonna be pretty big. You won't want to miss it!

Finally, we managed to decipher the whole sneak peek - and uncovered a few skeletons in the closet! Necromancy, RuneScape’s 29th skill is coming in 2023! The hype is real!

There's a lot more reveals in about Necromancy next year. Stay tuned.