Before reading on, it's first worth checking out our previous Comp Cape dev blog. This explains, among other things, the new simplified Comp Cape design, including details on which (sometimes controversial) achievements will remain attached to capes and which will get removed.

Today we'd like to respond to some of the responses we've received since this blog went live.

Something many of you raised is frustration with the fact that some music tracks are locked behind tricky boss fights. However, with the removal of reaper from the Comp Cape, we've made it so that the tracks unlocks from the start. We'll also keep this in mind for future bosses.

We'd like to make clear that there are plans to add additional requirements to the two Comp Capes. Once the Comp Cape Rework goes live there will be a one-month grace period for players to gain the extra achievements before those without them lose their capes.

Here are the additional requirements:

Please note however that future additions will not have an associated grace period.

How the new Comp Cape will work

The Comp requirement will be something which requires you to participate in content enough to understand it. Essentially, the Comp Cape should represent a player who has played everything. A comped player is a player you can ask about any update, and they’ll be able to tell you about it. ‘Sing for the lady’, ‘Uncorrupted Ore’, ‘The Lost Toys’, and ‘I’m Forever Washing Shadows’ are good examples of comp requirements. They require you to play enough of the content to understand it.

In contrast, the Trim requirement will be something which requires you to have completed content, to whatever extent is possible. When you see someone with Trim, you should see someone who has completed everything. That player knows the game inside and out. If there’s something to do, they’ve done it. ‘Complete Trekky’, ‘Ivan is Flailing’, and ‘Memorialised More Than Once’ are good examples of trim requirements. They require the player to really go above and beyond and exhaust the update, doing everything they can.

The one exception to trim are things which we consider so difficult or time consuming that they don’t belong even on trim. These requirements either have such a high skill requirement that the vast majority of players couldn’t ever accomplish them, or involve such a long and mindless grind that we don’t want to push players to complete them. Telos 4K is an example of something which is too difficult, while 200M XP in a skill is an example of an accomplishment which is too much of a grind. We may still create achievements this hard or this grindy, but those achievements wouldn’t be part of trim.

Before we sign off, we'd also like to show you the new Profound Halo that you will unlock for completing the profound achievement from Castle wars. 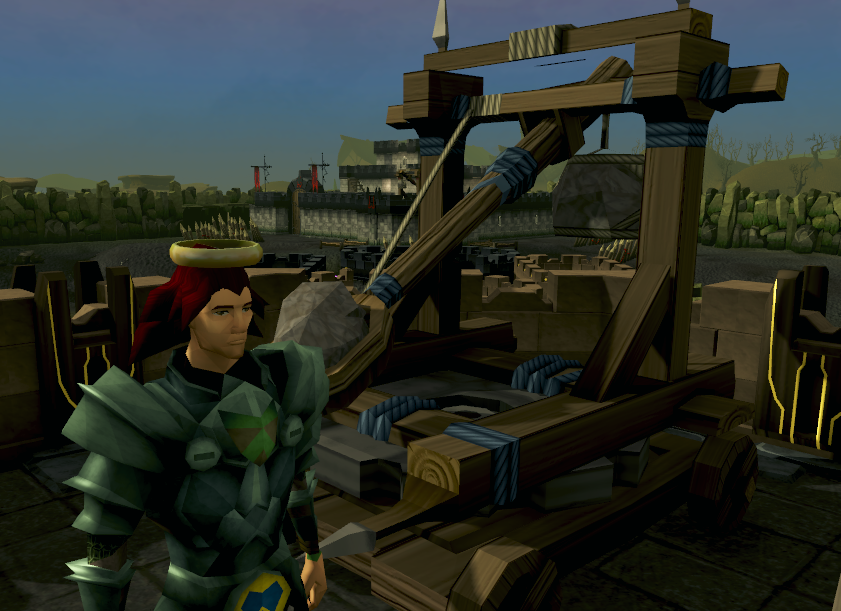 Although we're rapidly approaching the release date of the Comp Cape Rework, we're still eager to hear your thoughts. We're no longer in a position to make major changes, but could still act on minor feedback, such as the boss fight music tracks.