Happy Monday, everyone! Are you excited to get home and settle in for an evening of bossing? We hope so, because that just happens to be the theme of this week’s update! Whether you’re hunting down a new pet or itching to take on a rescaled Solak, there’s bound to be something for you. So grit your teeth and look menacing – there’s smack to lay down.

Back in 2018, we released Solak with just two difficulty settings: 2-man and 7-man. Today, we’ve implemented a system where Solak’s difficulty will scale depending on your group size. Hey – we’ve got to keep the balance!

The Solak fight has also received a few quality of life improvements:

Interested in taking on the new-and-improved corrupted guardian yourself? Head to the Lost Grove and speak to Merethiel to get started. Need a teammate or six? Why not look for a group in War’s Retreat before hopping through the portal?

Mod Shogun’s been working on this, err, adorable project since Epic Jam, and now you can finally take home a Nipper Demon of your own. 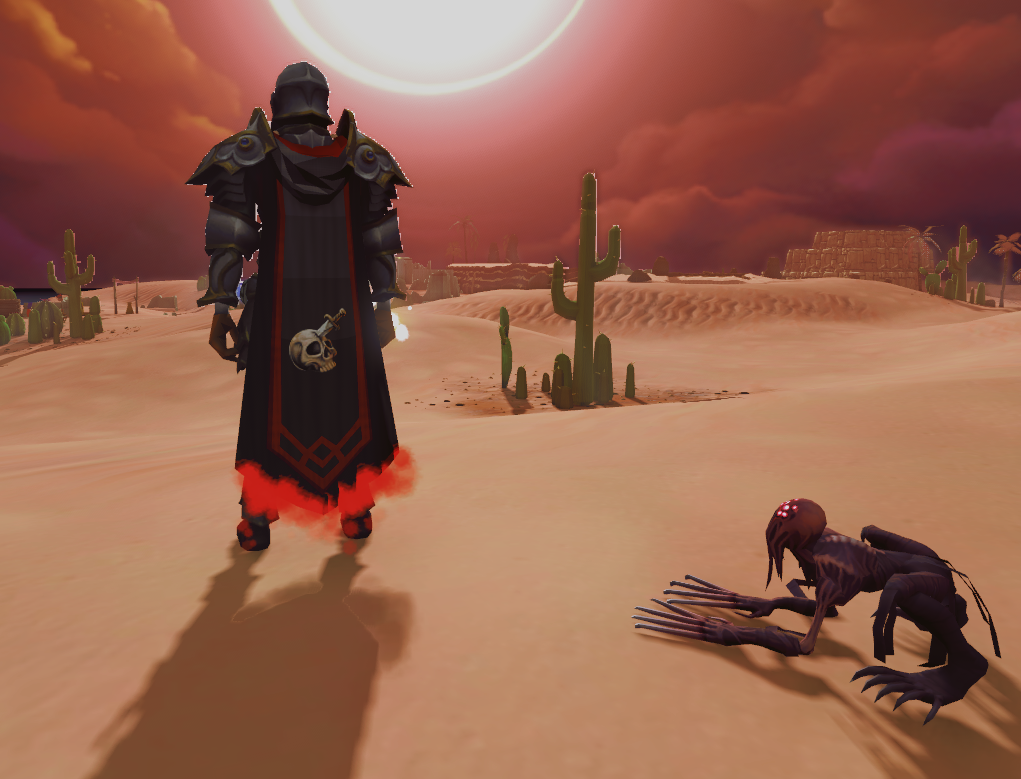 Now, just in case you were getting ideas about collecting hundreds of these things and releasing them on the grand exchange, you should know that both the Parasitic Orbs and the Nipper Demon Pets themselves will be untradeable, and once you have the pet the Orb won’t drop any more.

Good news, though! The Nipper Demon Pet does work as a familiar override, so you can show off your new friend all over Gielinor.

Among the fixes and changes we've made this week are the following highlights:

If you'd like to know more about this week's update, you can read the full patch notes here.

At long last, the prophecy has been fulfilled, and the sacred texts have been unearthed! We’re talking, of course, about the Archaeology release date, which was announced on stream last Tuesday.

In case you missed it, we’re happy to let slip that Archaeology will be coming to RuneScape on March 30th, 2020. And you know what? We’ll also let you watch the bit where Mod Timbo walked us through Everlight, the Saradominist dig site. Enjoy!

You’ll be forgiven if you missed the part of the stream where the Ninja Team revealed that they’re back in action, because, well, they’re very stealthy. The good news is that from now on, you’ll be able to petition them for help by making the long and dangerous journey to the Dojo and following the ancient ritual of form-submission to issue your challenge. Here’s how it’s done:

Remember, the Ninja Team deals with issues that aren’t necessarily game breaking, but still irritate you. Here’s some examples of strikes they’ve made in the past:

The best challenges are:

Wait, while we were explaining the Ninja Team to you, a mysterious package arrived. Oh, it’s the missing live stream segment! Let’s take a look:

Everyone’s favourite trader is back in Burthorpe, ready to help you trade in your unwanted Bonus XP for elite skill outfits, lamps, stars, and more. He’ll only be sticking around until March 15th, so don’t forget to swing by and say hi!

This week, the Core Experience team will join us on the sofas to talk about some of the upcoming projects they've been working on. They will have some exciting features to show (and surprises!). So make sure you don’t miss this one!

LootScape will be enabled.

This week, our featured streamer is Tonix! And this time, he will be taking you in Gielinor for a full-PvM Marathon!

That’s right, you can receive in-game loot when you watch a RS streamer. It works exactly the same way as our official streams, just watch Tonix’s stream (his Twitch channel) and you’ll receive the LootScape the following day.

LootScape will be enabled.

Pink Skirts is a dedicated P-Mod-led community, and it invites you to a range of daily activities such as PvM masses, Q&As, and other thrilling or chillin' events! Check out all the community events organized by the Pink Skirts on the in-game calendar or on their official schedule here.

Game Update: Secrets in the Stars