How’s it going, Yak Trackers? If you’d be so kind as to step out of the Zarosian shadows and into the blinding light of day temporarily, we’ve got a few updates about all that’s happening in RuneScape this week – so get your diaries out and prepare to take notes!

Yak to The Shadows

We’re on week two of the event already, and we’re already seeing some of you strutting your stuff about town in your fancy Third Age duds. If you haven’t got cracking (yakking?) on Moorrissey’s tasks yet, there’s plenty of time to work your way up the tiers and earn some fabulous rewards of your own.

Yak to the Shadows ends on August 2nd, so why not log in and get started today?

Here’s a wee sample of the tweaks and fixes going on behind the scenes in Gielinor this week:

For more of this week’s changes and fixes, check out the main Patch Notes post!

Every so often, we need to dust off the ol’ servers and give them a bit of spit and polish. Not literally, obviously. No seriously, do not spit in your PC. Or Mac. Or in the ports of your smartphone. Or on your Switch. No spitting on electrical equipment in general. In fact, just no spitting at all, ideally. And wear a mask.

Where were we? Ah yes – this week we’ll be migrating certain worlds to new hardware.

For 30 minutes after today’s update launches, some worlds will be down for maintenance. We’ll let you know when they’re back up again, so keep an eye out for the announcement on our social media.

We’re happy to announce that our Chat Filter improvements went live as planned last week. This is part of our ongoing efforts to improve your in-game experience and tackle toxicity. Manners maketh man or woman. We’ll be keeping an eye on it and responding to your feedback as time goes on.

There’s just one week left to grab your free Premium Currency Pack from our friends at Twitch Prime! This month’s reward includes 400 RuneCoins, 20 Treasure Hunter Keys and 80 Hearts of Ice.

To find out how you can redeem your gift, follow the instructions on this page.

This week we'll be joined by key members of the team as we reveal the next major content update for RuneScape!

The next episode in our startlingly popular Stutorial series is streaming live this Thursday! Join Mods Stu and Poerkie on their time-travelling tutorial adventures, where they’ll share exclusive behind-the-scenes stories from RuneScape’s murky past.

Our featured streamer this week is the incomparable Maikeru, who’ll be sleuthing his way through some master clues in an attempt to win something nice. Maybe he’ll snag Orlando Smith’s hat to go with all that Archaeology XP?

You can watch the stream on Maikeru’s channel here.

In this week’s Forum Spotlight, we’d like to draw your attention to this amazing Goebie painting by Gisell! Just look at that sweet little froggy face. 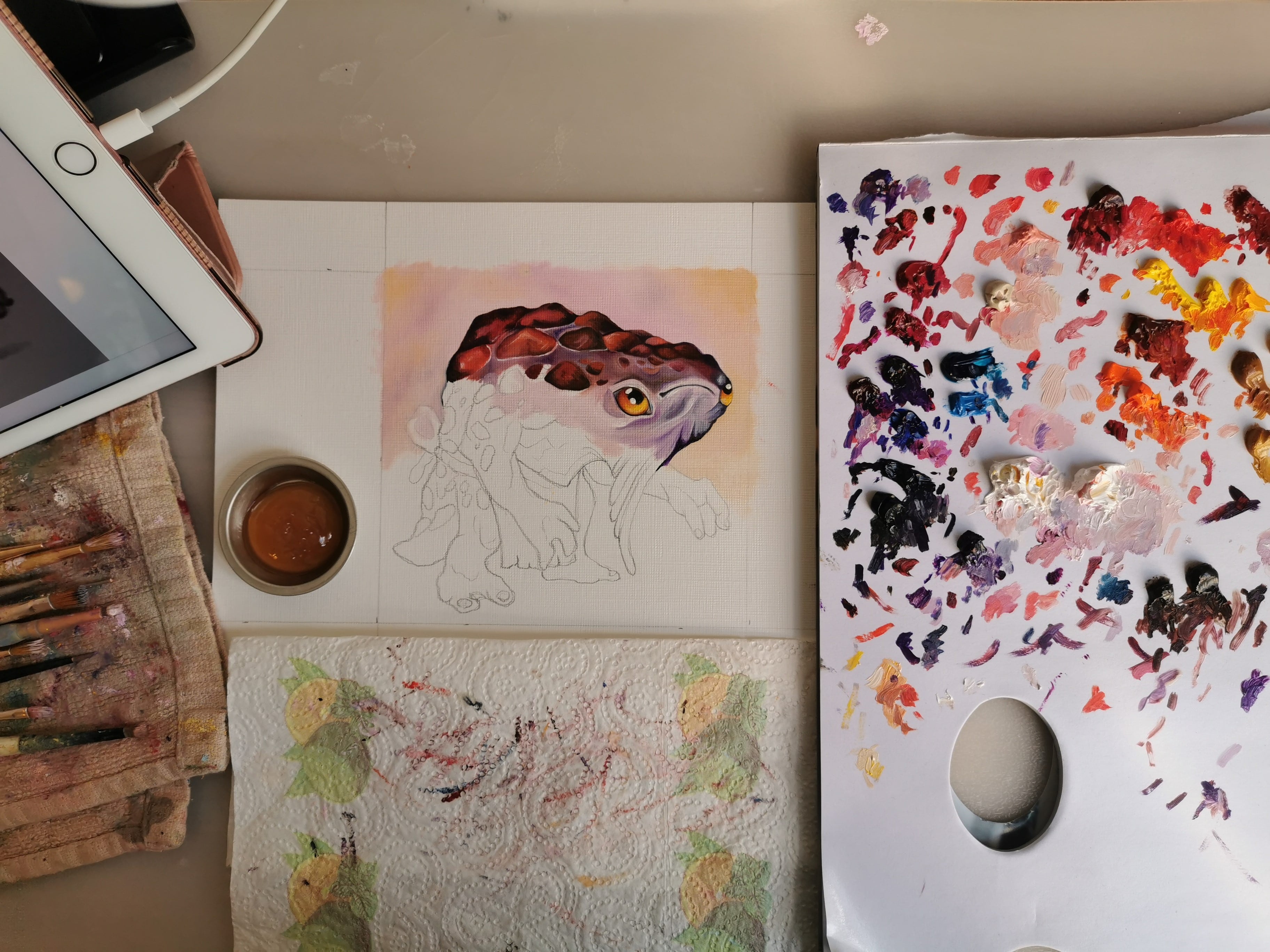 But here’s the real question: where should this adorable amphibian live once the painting’s done? If you’ve got an idea, hop in the thread and let Gisell know!

Pride Parade in RuneScape was awesome! I made a video of it for you to enjoy - Happy Pride everyone! 🌈❤️🌈 @RuneScape #PRIDE2020 #PrideMonth pic.twitter.com/CK1HUjIwP0

We’d like to thank everyone who came to RuneScape’s first ever Pride Parade! Over 1,200 of you turned up in your rainbow finery to march through Gielinor and show your support for LGBTQ+ rights.

We’d especially like to thank the Diversity RS Discord community for putting the whole thing together, along with the J-Mods who gave their free time to spread some cheer and hand out Pride Letters.

Have you got a great idea for a community event? Pitch it to us over in the forums!

This week’s featured Pink Skirts event will see hundreds of players take on Zamorak’s own generals, the Twin Furies Nymora and Avaryss. It’s a no-holds-barred boss mass, hosted by Umami, Ideal Gamer, and the Norge clan.

The battle takes place from 16:00 – 17:00 Game Time on Friday July 10th. Get yourself to the Zamorak Lobby in The Heart of Gielinor on World 5 to join in!

Add Umami to your Friends Chat for more information or check out the full details here.