In this week’s news, a Travelling Artisan has arrived on the scene and the nominations for this year’s Golden Gnome Awards are open!

Keen-eyed adventurers might spot a fresh face hanging around the Invention Guild this week, as Doran the Tool Artisan sets up shop outside the Dwarven Mine Entrance. This clever chappie is known throughout the land as a creator of avant-garde tools for use in all sorts of skills - and in exchange for the right materials, he'll be happy to forge some one-off pieces for any interested customers.

Doran's appearance also heralds the arrival of some brand new cosmetics and items never before seen in Gielinor! These include a set of Dwarven Artisan tools for Fishing, Fletching and Mining, the Master Crafter Hammer for Smithing, the adorable Chickaxe, and the very a-peel-ing Banana Knife.

You'll also be able to collect some all-new consumable items that'll boost your skilling capabilities to even greater heights, along with Prismatic Stars, Event Boxes and the full set of Dwarven Tools, previously found only in Treasure Hunter.

To get started, have a chat with Doran, who'll walk you through the basics of choosing a recipe and collecting materials. Once you've gathered the right stuff, he'll do all the hard assembly work, so you can kick back and relax - or go off and grab some more ingredients for the next project!

Don't worry too much about the material cost - any ingredient can be replaced with Artisanal Patches, which you'll get for going about your usual RuneScape-y business. You can also purchase them with RuneCoins or Bonds.

For more information, check the Travelling Artisan interface, which you can open from the Events Tab or by interacting with your Artisanal Patches.

You have until September 13th to resolve any outstanding business you have with Doran, after which time he'll be packing up and travelling elsewhere.

Jeez, Doran! We know it took us a while to set up your event, but were you really so bored that you decided to redecorate the entire entrance to the Dwarven Mine? 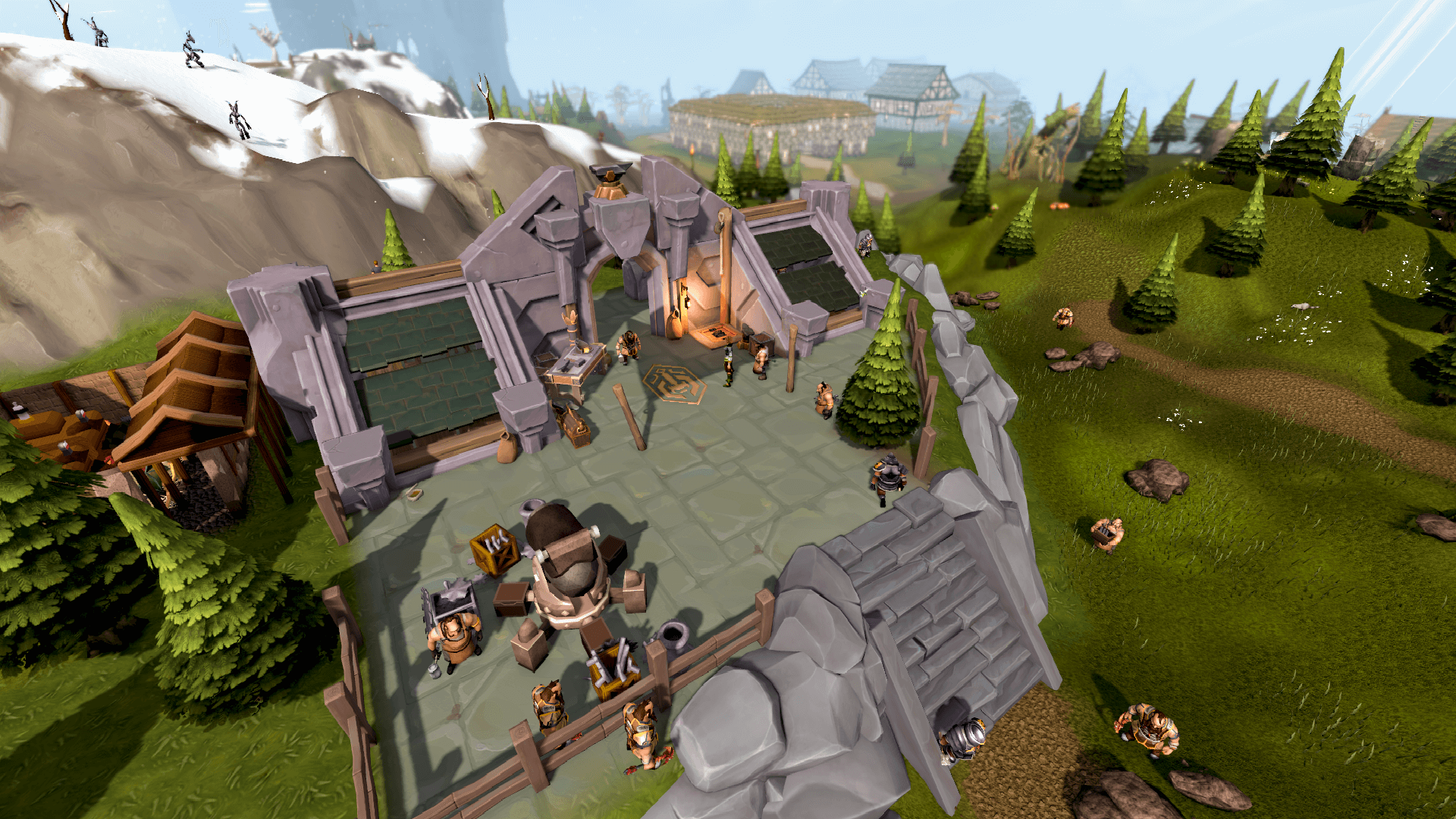 Well, we suppose it does look rather fancy. What do you think, readers?

Wondering where you'll find your funky new cosmetic tools? Wonder no more, because we're about to tell you! To equip Doran's creations (and any other cosmetic overrides you acquire in future) simply navigate to the all-new Tool Overrides interface, which you'll find in the Customisations tab.

And now for a very important announcement: the nominations for the 10th Annual Golden Gnome Awards are now…

The award categories are as follows:

So if you know an extra-special 'Scaper who deserves to have their hard work rewarded, make your way to this page and sling them a nomination!

You can find out more about this year's Golden Gnomes in the dedicated blog post.

There's just a couple of Patch Notes this week, but they're important nonetheless.

Join Mod Poerkie and Mod Spear as they battle their way through Gielinor's greatest minigames, starting with The Great Orb Project!

Got questions for the J-Mods? Now's your chance to have them answered! Lore, upcoming updates, favourite colours - it's all on the table.

This week we cannot get The Archaeology Song out of our head! Give it a listen, and check out MarMar RS's other creations while you're at it.


We were also super psyched to watch last year's Golden Gnome winner, Prezleek, explain her creative process in this zippy timelapse. If you're interested in creating some RuneScape-y art of your own, go give it a watch!

TIL about Procreate's timelapse pic.twitter.com/L1ZcPJ6kaW

This week's featured video is the RuneScape 3 Community Showcase from RSCC Interviews. Each week, they spotlight another corner of the RuneScape community - much like what we do here, actually!

This week the Pink Skirts are taking on Nex: Angel of Death, lead by fearless commanders Spotleewolf and Nexaodmass. Join the battle on Wednesday August 26th from 16:00 - 17:00 Game Time on World 46.

For more information, add Nexaodmass to your Friends' Chat, or check out the Pink Skirts website.