It's Game Jam time again, and we're ready to reveal the latest ideas from the J-Mods! Read on for all the cool new concepts that came out of October's Jam, from new board game locations to Daemonheim Archaeology and beyond…

All About Game Jam

Game Jams are a chance for developers to form small teams and conceptualise, design, and build a functioning version of one or more game projects. To allow for total focus, this activity takes place over a restricted period - anything from a few hours to a number of days. At Jagex we run a week-long Game Jam every few months.

Game Jam sessions are an important part of the creative process. They give us time and space to think outside the Umbral Chest - to be proactive not just reactive. We can experiment and come up with new ideas that wouldn't have occurred to us in normal dev time.

We can also focus on projects we're passionate about that don't make the priority list or keep getting pushed back.

We run Game Jams regularly because they give us inspiration, help us to improve the game and allow us to experiment with new working practices we've not tried yet!

How does it work?

Everyone at Jagex can join the Jam, including non-developers. We often see people in other departments joining in the fun, because of course they love games too! Participants organise themselves into small groups, then spend a few days brainstorming, discussing and building.

On the final day all the teams present their prototypes, and everyone joins in to feed back. The best ideas might lead to direct improvements (for example Mod Blkwitch and Mod Alex's graphical update for a large part of the free-to-play area) or they might be considered for future content drops. Game Jams can even lead to something major like a new skill…

Now let's see what our Mods were working on during October's Game Jam!

Concept: Auras (except Greenfingers Aura) are now paused while you are logged out.

Dev comment: “I know that players have been asking for this feature for years! A lot of you aren't able to take full advantage of your Auras at the moment, due to real-life responsibilities that get in the way of long, uninterrupted play sessions. This change would motivate players to make more use of their Auras, even if they don't have a lot of time to play in one sitting.”

Concept: Smooth some of this intermediate quest's rougher gameplay edges, considering features that have since been added as well as our contemporary quest design guidelines. 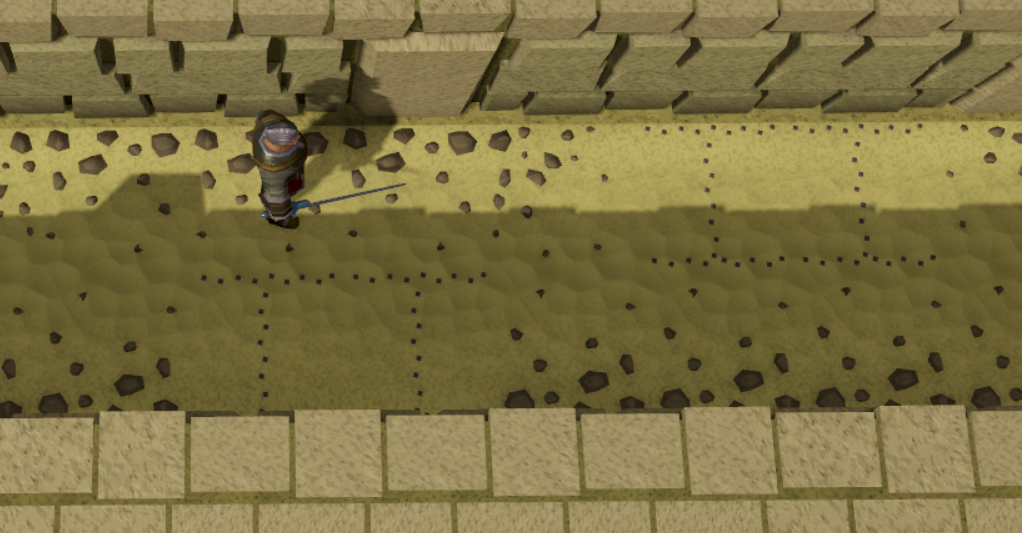 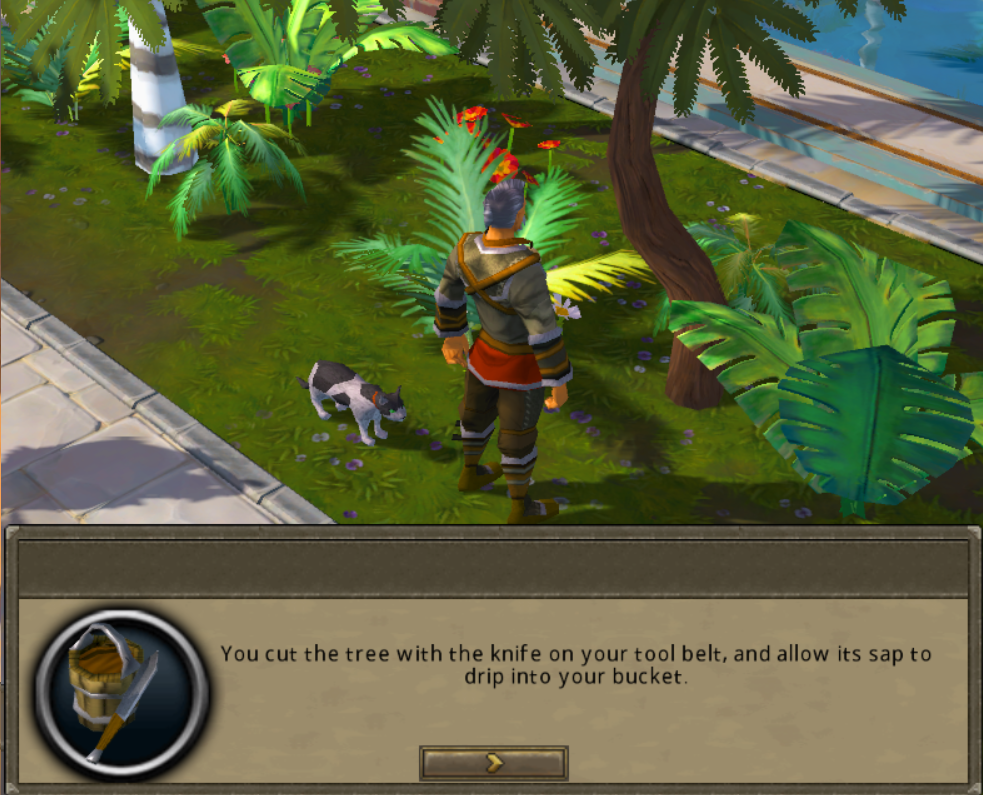 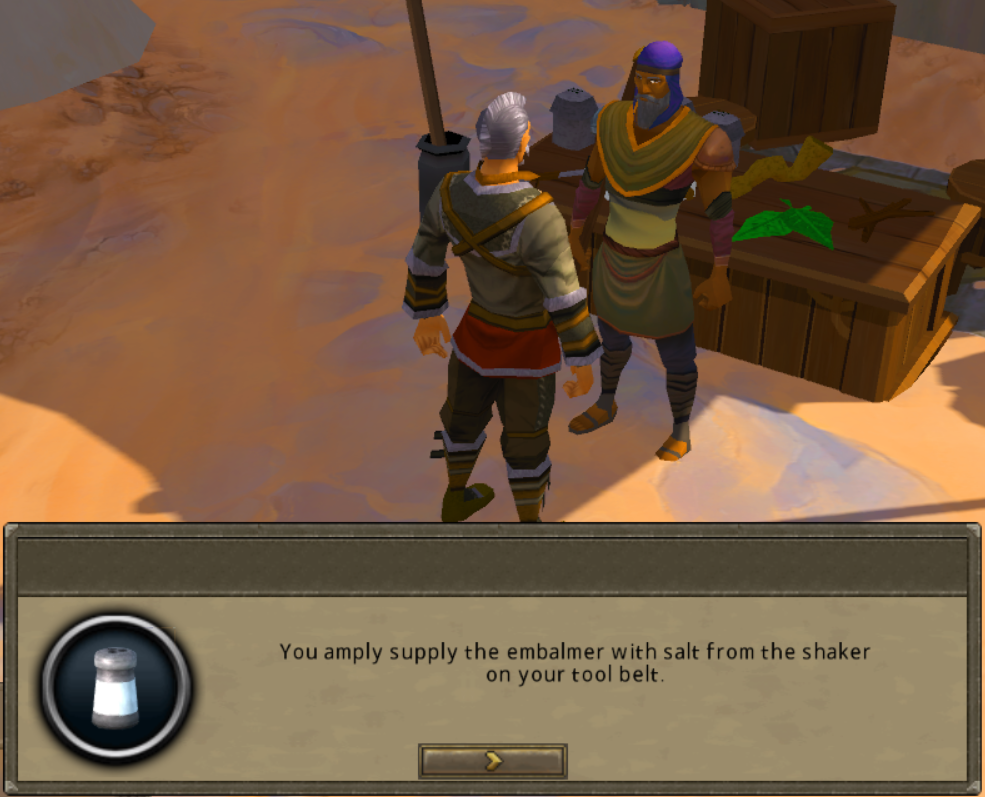 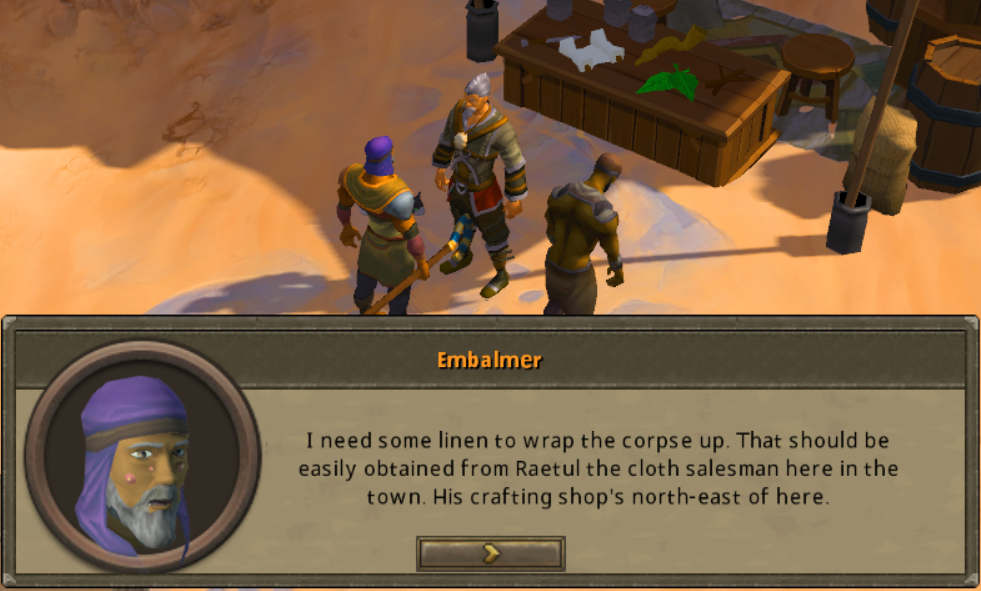 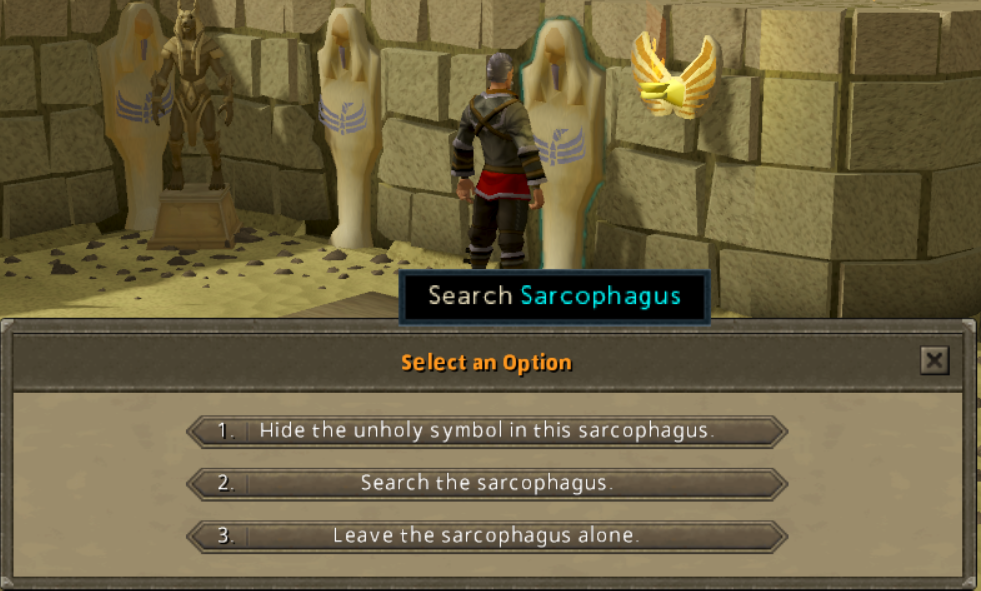 “I picked Icthlarin's Little Helper because it has some appealing rewards (e.g the Sophanem Slayer Dungeon, double Slayer points via Smoking Kills) but also mechanics that are likely to frustrate non-questers or encourage the habit of following a quest guide. The whole experience could be significantly improved with a few quick content fixes, rather than requiring a full rework.” 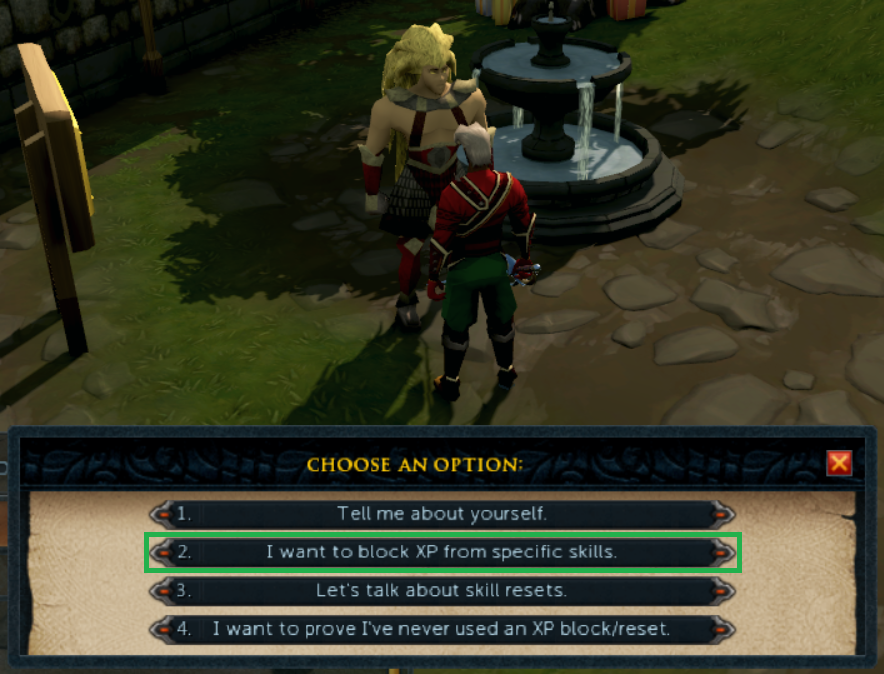 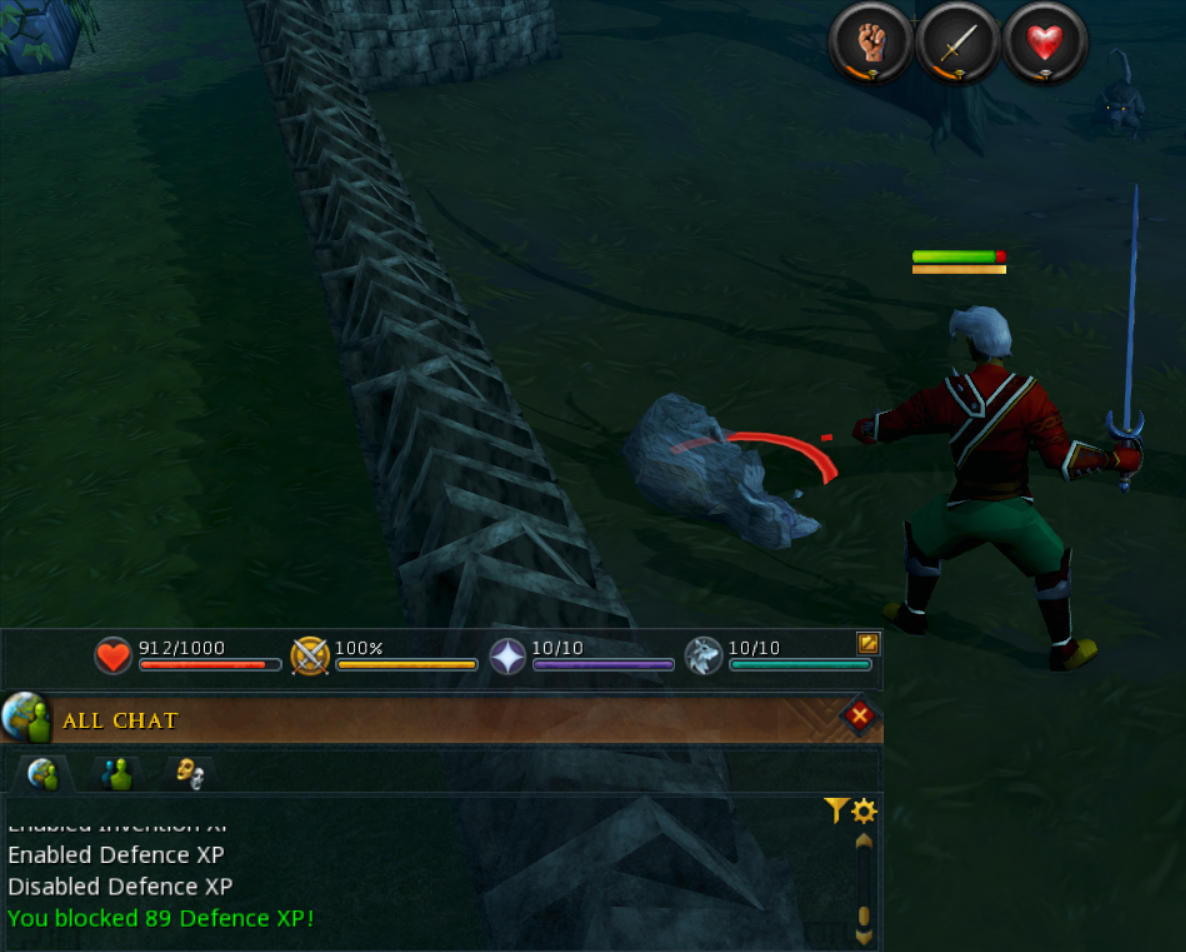 “While working on potential Dungeoneering Ninja fixes I was reminded of how many mysteries and narrative plot threads were left unanswered by the shift in development for the skill.

Given the success of Archaeology at the Senntisten mini-site, plus the fact that the skill has lots of frustrating level gaps (especially around the 70s and 80s) I thought there was a way we could solve this problem using Daemonheim. My goal over the course of the week was to create a full design for a mini-site, decide what questions I wanted to pose and answer, and provide some tension at the end.

The obvious plot points are 'Why the heck is there a Dragonkin settlement here?' and 'What exactly was Bilrach trying to achieve down in the depths?' There are some other plots woven into the design and I found an opportunity to possibly tease some future content as well.

While the project hasn't had official signoff yet, it was a good opportunity to flex some design muscles. As it stands the design is almost complete, but I still need to do a bulk of the writing and the actual development.”

Concept: Player avatars are beamed across the abyss and replicated on separate worlds. What you do on one world can be seen on another!

“Some locations in RuneScape can get lonely, especially when you play on a quiet world. Cross-world presence helps to address this by connecting a number of worlds together, allowing player avatars to be shared across them in appropriate locations such as the Grand Exchange or the War's Retreat. If World 101 and World 13 were connected for example, that would mean when I play on World 101 I could see players from World 13 - and they could see me too! 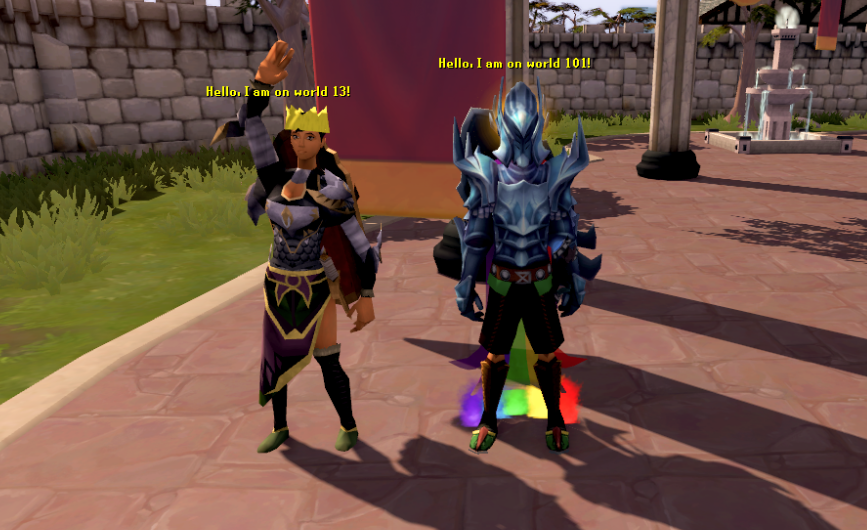 Remote player from World 13 as seen from the perspective of a player on World 101.

Because we're not on the same world, interactions such as trade, duelling and request assistance don't work - if players wanted to do these things together they'd need to hop to the same world. Ideally, we'd remove these interactions and perhaps add a new 'join world' right-click option, but we ran out of time! 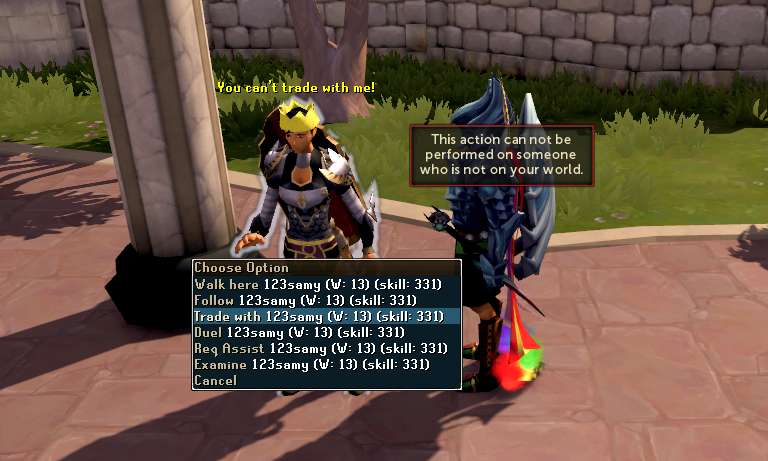 Player on World 101 attempts to trade with a remote player from World 13.

Crucially, in-game public chat is shared across worlds, allowing you to do as much socialising as you like. To help differentiate remote players from players that are actually on your world, we've added an indicator to the player's username, e.g '(W: 13)' means that this player is on World 13. Given the time we would've also loved to make remote players obvious from appearance alone.

When you leave the bounds of the shared area, your avatar is no longer shared cross-world, and remote players will no longer be able to see you on their world. However, you will still be able to peer into shared areas and see remote players there from a distance - effectively making the entrance to the Grand Exchange an archway into a more populated zone! 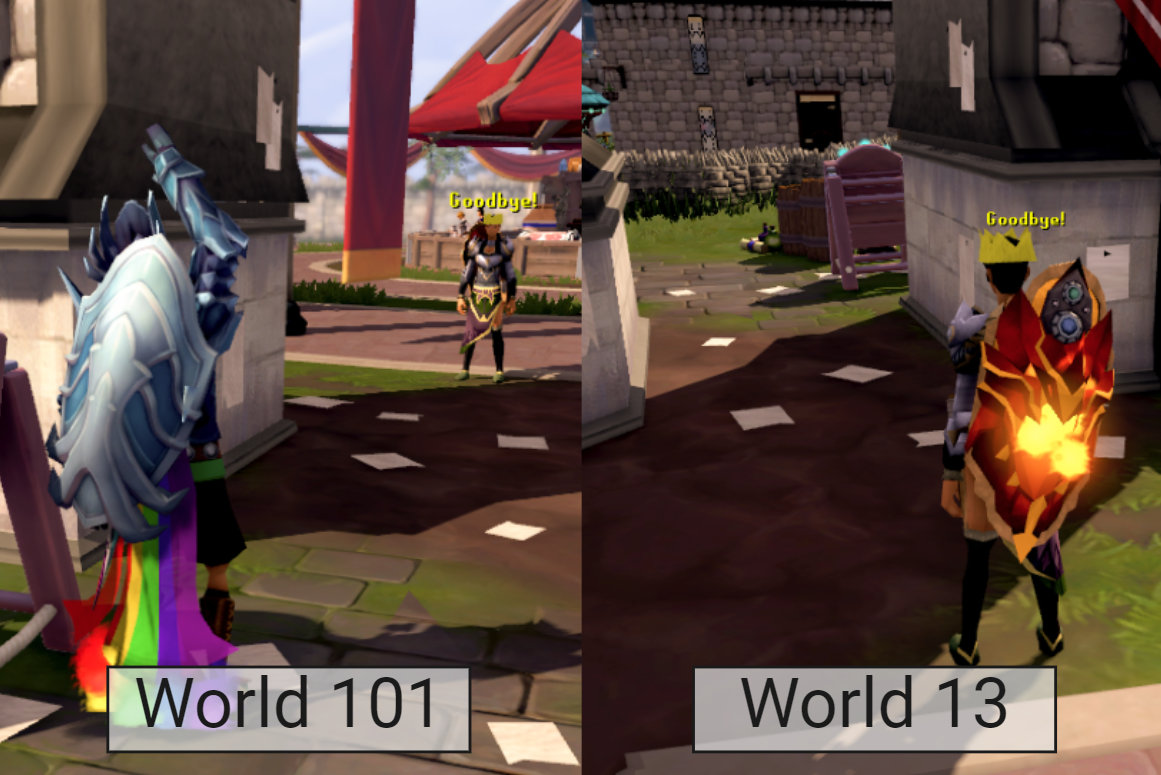 At this point you may be thinking - 'why not work on bigger servers or technology such as layering or sharding which allow players to connect to different servers seamlessly?' Well, while ideal, that would involve fundamentally re-designing how RuneScape works. From an engine and content perspective, it's just too much work at the moment! That's precisely why this refined approach is more realistic and gets us what we want - more social interaction among players.

Now, let's be clear: this technology isn't ready to release and isn't on the roadmap. Think of it more as a cool technical demonstration of what we could achieve with cross-world presence. If there's an appetite for it, however, I'm sure we can get the ball rolling! That's precisely why we're curious to hear what you think and any ideas you may have to utilise this technology. There have already been some fascinating ideas come up internally, such as allowing free-to-play and subscribed players see each other on their own respective worlds. What do you think?

Oh, and before we forget! In case you were wondering, yes, you can cross-world dance! Three players, three separate worlds, one dance. Cross-world presence - bringing players together.”

Concept: Quality of Life improvements to the Croesus experience.

Dev Comment: “While taking Croesus in my spare time, a few things were annoying me, so I decided to improve them. Here are the things that I looked at changing, with video:


BOARD GAMES AROUND GIELINOR

Concept: Putting board games around the world in multiple locations.

Board games have long been neglected, down in the dingy basement of Burthorpe Castle. It would be nice to be able to play them in other locations throughout the game! This would mean: 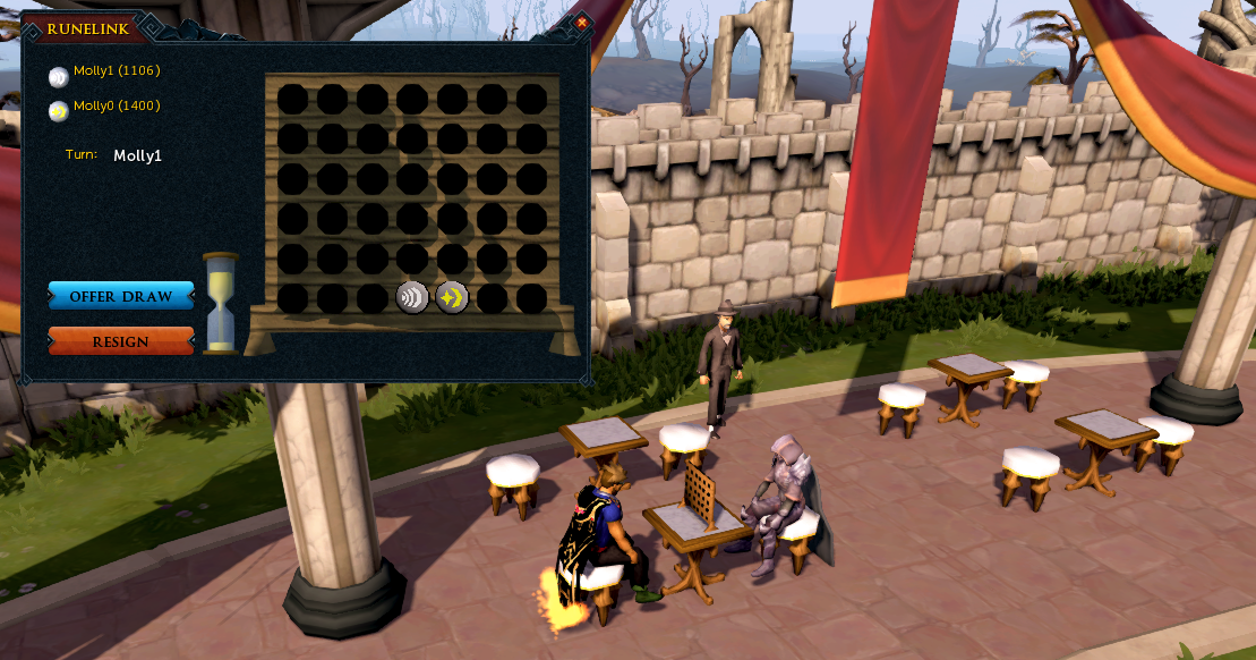 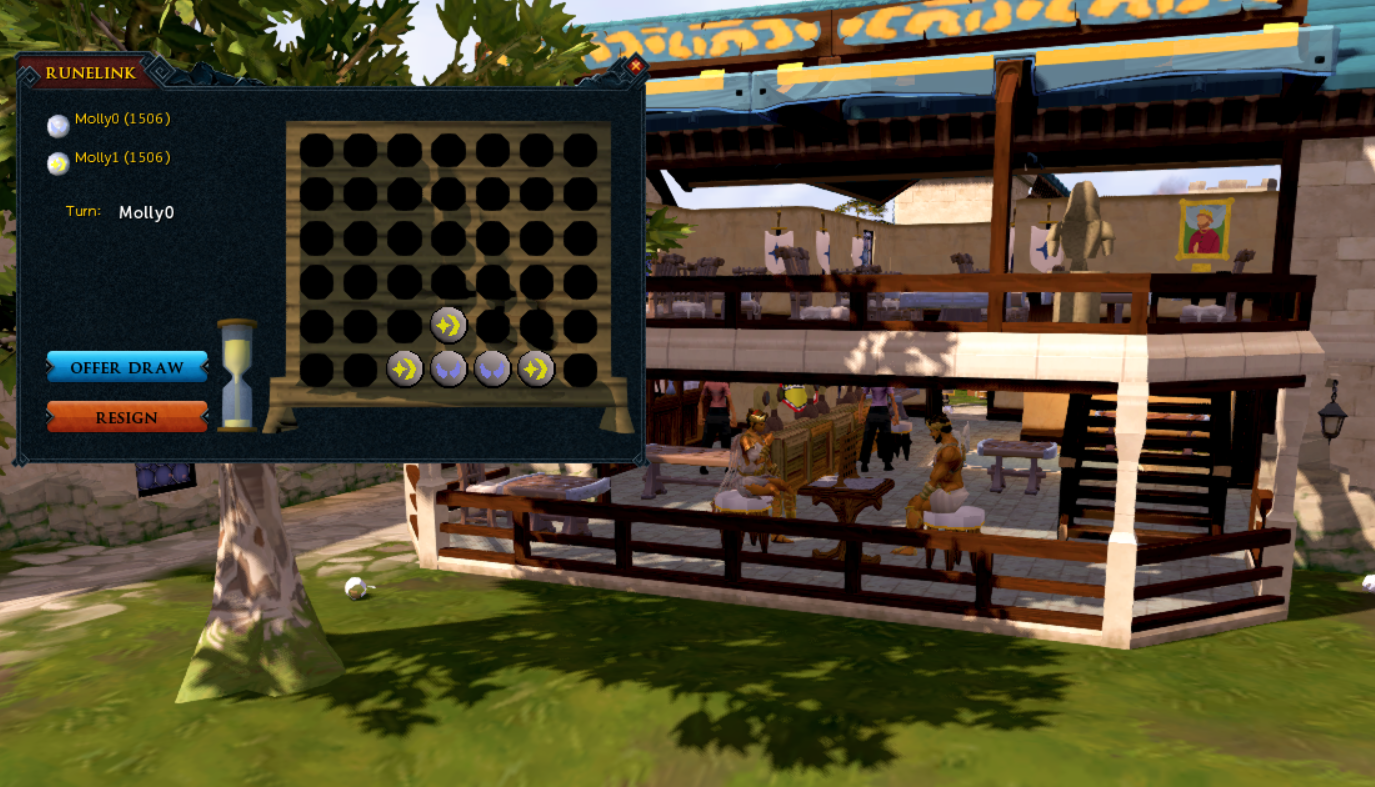 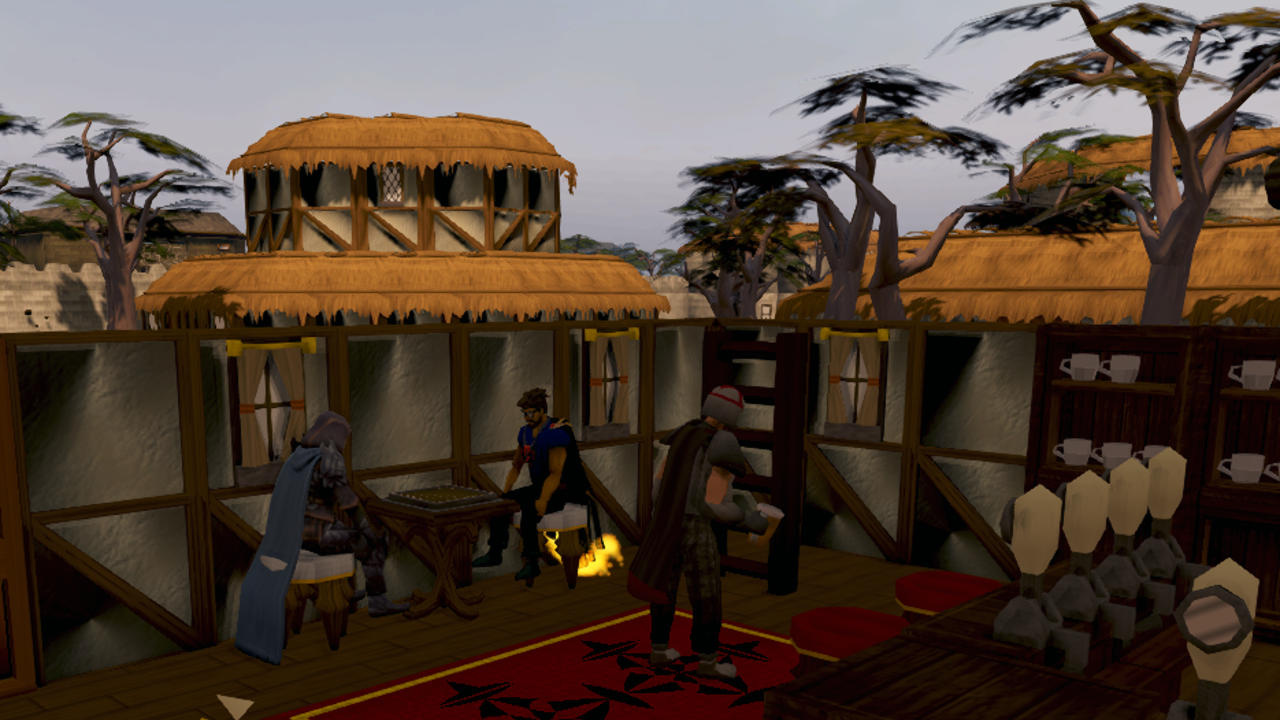 Concept: Removing some of the inconsistencies from combat.

“Hit Chance buffs can be very hard to truly understand because there's no determined order for them, and values are calculated after each buff. For example, using 50% Hit Chance when equipping a Reaver's Ring (-5%) and summoning a Nihil (+5%) you'd probably expect to still be at 50% Hit Chance, however they'd actually be at around 49.8%. In the prototype I:

I also began doing the same for the damage calculation part of the combat system, reducing the overall complexity from a developer side, so we can then look at condensing down all the damage modifiers into fewer areas (and therefore making them easier for players to understand).

Additionally, I looked at giving Berserker Auras a small rework, which would involve:


Those are the Game Jam concepts - which one is your favourite? Would you like to see them added to the game? Let us know on the usual channels, and perhaps we'll see them in a future update!