A Shadow over Ashdale

Read on for full details, or log into RuneScape now and speak to Gudrik in Taverley!

A Shadow over Ashdale

In today's new quest, you'll sail to the glorious Ashdale, which you may know from RuneScape's newest tutorial. Veteran adventurer Gudrik wants to know why cargo shipments are returning from the island untouched, and he needs you to investigate. 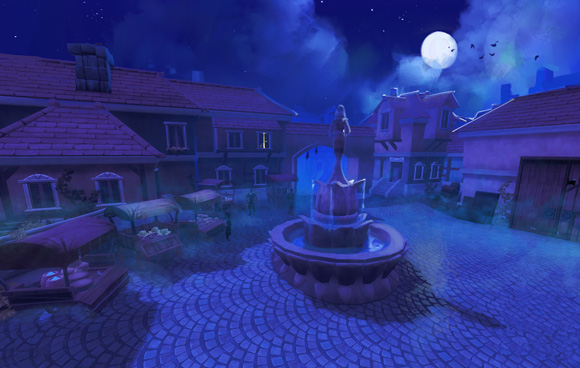 Something strange is afoot, and the island will seem significantly scarier than it did; deserted, and eerily quiet. It's up to you to plumb the murky depths of this mystery, and save Ashdale's citizens from a fate worse than death.

To save the day, you're going to have to fight. Although there are no requirements for the quest, the combat scales to your level, so do suit up before you start.

Succeed, and you'll be rewarded with XP lamps, plus three black pearls, which can be expended to grant you bonus XP in your choice of skill, scaled to your level.

Something a Little Different

With A Shadow over Ashdale, we've aimed to bring you something different. We've focused on atmosphere and visual storytelling, and the environment is the true star of the show. You'll spend much of the quest exploring and investigating, discovering the story as you go.

We hope you enjoy it. When you've completed the quest, be sure to let us know what you think over on the forums.

Mod Stu and the RuneScape Team