Whenever Nomad is around, the very fabric of Gielinor is sure to be in peril. This time, he’s trying to harness energy from all the deceased souls in Gielinor. In this new quest, travel to the afterlife, ally with the dead, lay siege to his fortress in the Underworld and stop this madness in its tracks!

But your path will not be a set one. Do you have what it takes to make some difficult choices? And what connection will your decisions have on Sliske’s Scoreboard and that nefarious Mahjarrat’s mad game? There’s only one way to find out…

Take the portal south-west of the Edgeville bank to Soul Wars Island. There, talk to Zimberfizz to start the quest.

You must be a RuneScape member

You must have Level 75 in the following skills: Woodcutting. Mining. Construction.

You must have completed the quests Dishonour among Thieves, The Mighty Fall, The Void Stares Back, Nomad’s Requiem, Throne of Miscellania and Heart of Stone.

High combat stats and good equipment are strongly recommended for this Master difficulty quest. Lore fans may also wish to complete Blood Runs Deep and While Guthix Sleeps prior to this quest.

Completing the quest will reward you with large XP lamps for several skills and some Invention blueprints to create some unique and powerful items.

Remember, a series of manipulations and betrayals have led to this point, so danger will lurk around every corner.

Have fun and let us know what you think on the forums!

Each week we stream developer Q&As, in-game events and more. Watch our streams and find a full schedule over on our Twitch channel.

Check our YouTube channel, too, for recap videos of streams you may have missed, including last week's Nomad's Elegy stream (and Mod Shauny trying – and failing – to make a dragon train), plus loads more!

This week, we'll be running through Nomad's Elegy in NXT, talking about an exciting new Giant Mimic boss, and give you a second chance to check out RuneMetrics!

Join Mod Raven and Mod Shauny as they run through the new quest, showing off its epic visuals in the new NXT client and giving some commentary on the quest's development. Needless to say, this will contain spoilers!

We know a lot of you are excited about RuneMetrics, our amazing new data and stats service that'll give you all kinds of useful information about your account, so we wanted to give you another chance to ask questions and see it in action!

We'll also be showing you the all-new Mimic Boss, coming to Treasure Hunter next week - we can't wait for you to try it out!

We mentioned our new boss in the stream above - and 3 hours before it's released into game, you'll be able to see it live!

Check out Mod Shauny's PvM skills (ha!) and get involved from 9pm!

Congratulations to the winners of our 15th birthday premiere competitions: Mckoinnich, Pandora X and Telx! They won tickets to the RuneScape: 15 Years of Adventure film premiere in London last week. We hope you all enjoyed it! 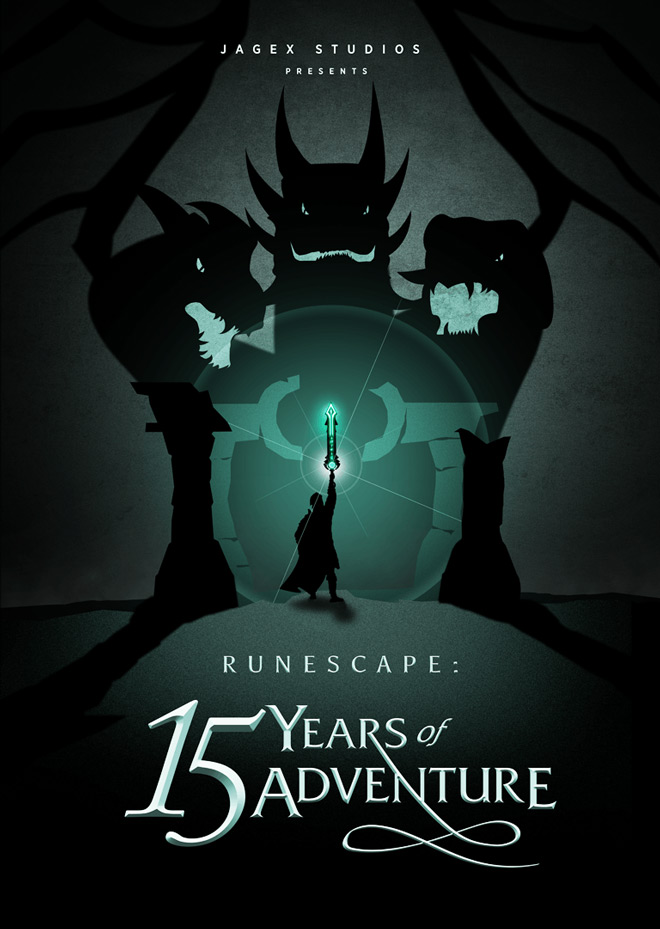