Hurry, adventurer! A Giant Mimic boss has broken loose in the Treasure Hunter cavern, and it is down to you to defeat the beast.

Head to Burthorpe lodestone and through the portal, delving deep into the mysterious Treasure Hunter lair between 00:00 UTC on 18th February until 23:59 UTC on 22nd February to take on the Giant Mimic.

You have just 150 seconds to defeat it. The Giant Mimics have four difficulties: Easy, Medium, Hard and Elite. Choose wisely as the boss will change between each difficulty and gain new attacks, the harder it becomes!

Please note: This is a safe death area – if you die in the Treasure Hunter arena, you will not lose any items etc.

You will be able to take on the Giant Mimic as many times as you like, but you will only be able to loot the boss up to five times a day. You will only use up an attempt by killing the boss. If you die to the boss, your attempt will not be counted and you can try again. Additional kill tokens can be won from Treasure Hunter, allowing you to loot the boss more times (these tokens are tradeable).

Survive the battle and be rewarded with a small, medium, large or huge loot crate. These contain a random assortment of rewards from the Giant Mimic’s drop table including:

Defeat the hard or elite boss to gain a chance of receiving a tradeable token for a sharded weapon override which compacts when it’s sheathed,

A mimic hat, and a new, very limited-edition tongue cape. 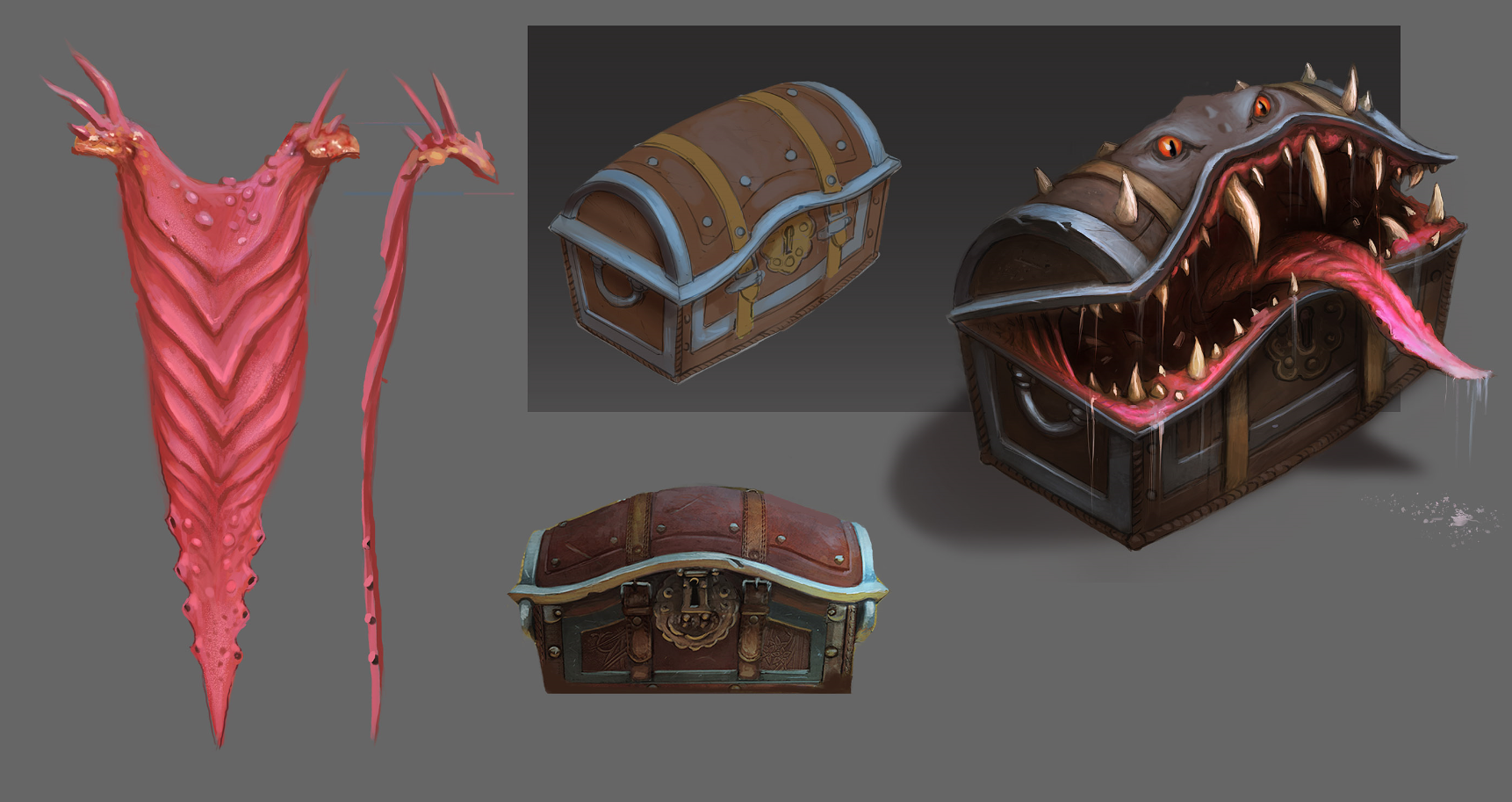 The mimic hat and the tradeable override tokens can be won in loot crates on Treasure Hunter too, but the cape is only available as a drop from the boss!

Note that Ironman players can take on Giant Mimic and earn the hat and cape. They cannot – of course – earn additional kill tokens, and will not receive Treasure Hunter-specific loot from the crates.

Want more time to get that tongue cape? Stock up with kill tokens to continue fighting the Giant Mimic’s up until the 29th February – an additional seven days!

Have fun and fight hard for those elusive tongue capes. Don’t forget to let us know what you think over on the forums.