Dark shadows are forming in Senntisten. Disturbing visions foretell battle and bloodshed. Are you ready to delve deeper into the lore of the Senntisten Asylum?

You may remember this sinister place was hinted at in Broken Home. On February 28th, members will discover the truth.

But brace yourself, adventurer, because this is a tale of malignant new forces the likes of which Gielinor has not seen before. Say hello to your best new enemies: the Abyssal Slayer Creatures! 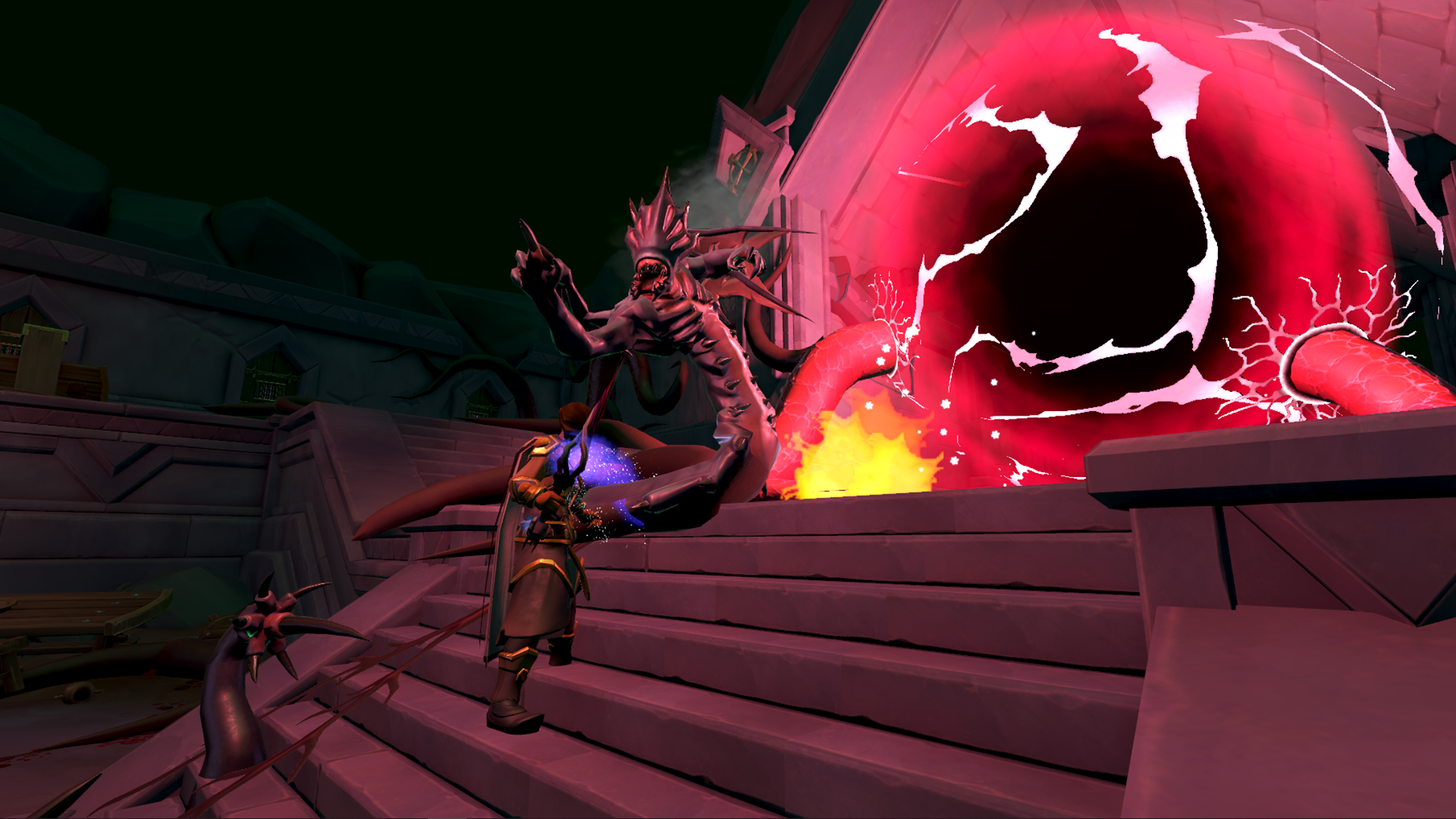 As these ghastly foes pour into Senntisten, you’ll need progressively stronger credentials to put them out of their misery. The first set of creatures requires 95 Slayer, the second 105 and the third a whopping 115. This skirmish ain’t for the faint-hearted.

So, what are these three creature types you’ll be facing? Here’s the lowdown on each one, in order of strength: 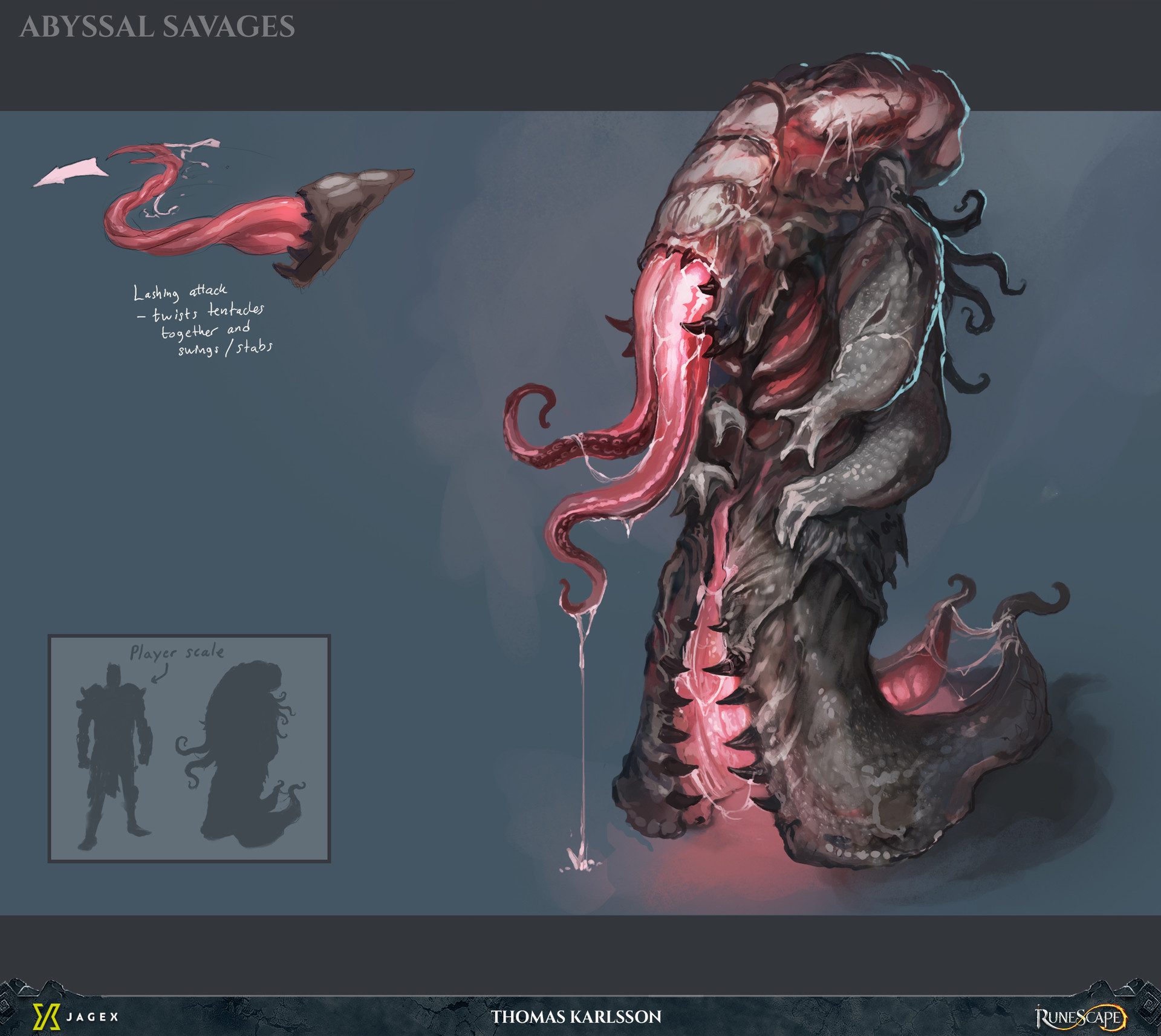 Although they are the weakest of our new foes, there’s a lot more of ‘em, and these magical monstrosities are all about the swarm attack. Their only desire is to kill – their own survival is irrelevant.

Watch out for their two lashing tongues, but remember that the sheer number of them is enough to overwhelm. Better think fast… 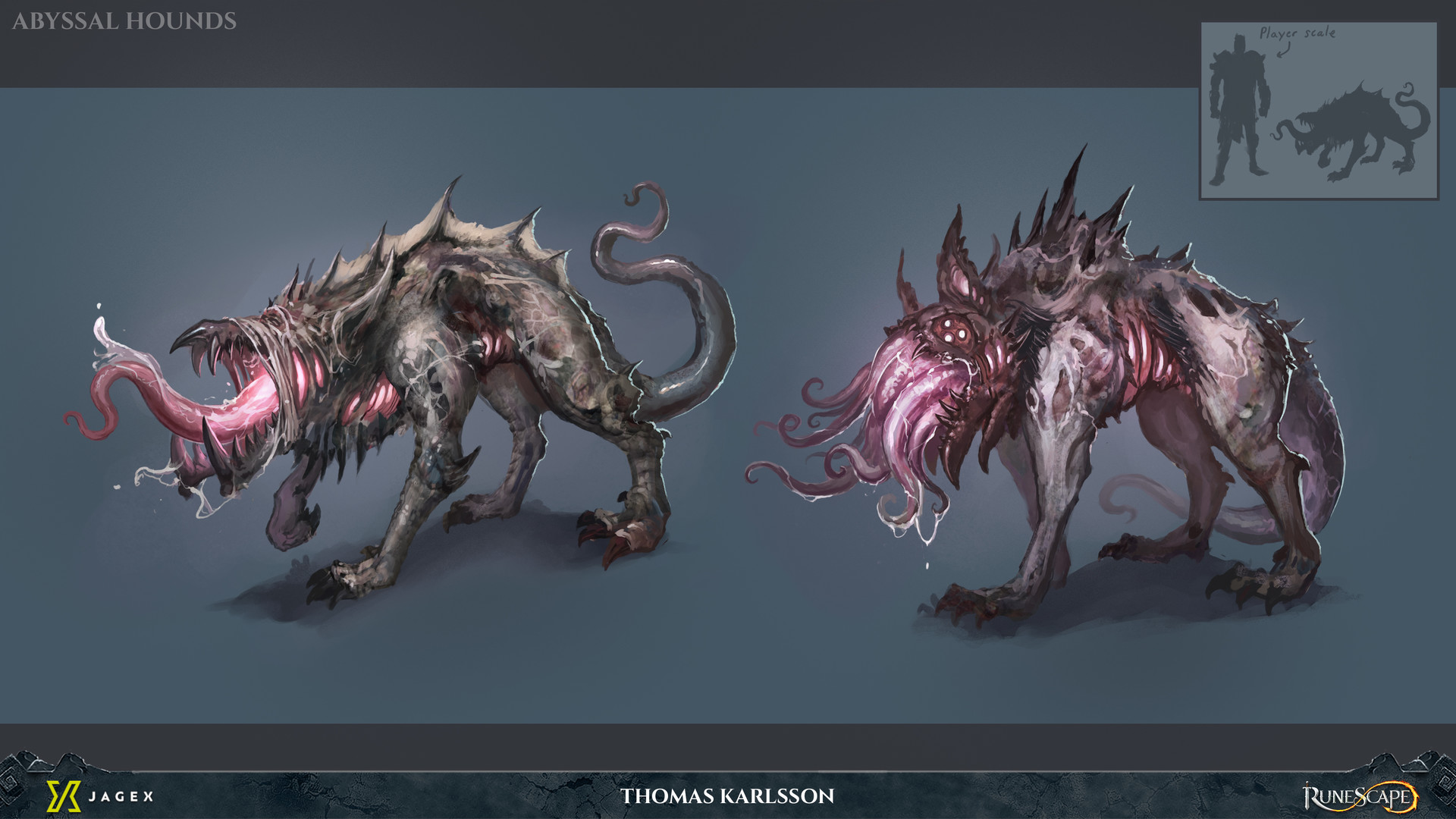 The Abyssal Beast is an aggressive, Hell Hound-like creature that will try its best to siphon off your life force. Fairly strong and very bloodthirsty, you’ll need to dodge its massive tongue – and watch for its HP-draining special attack. 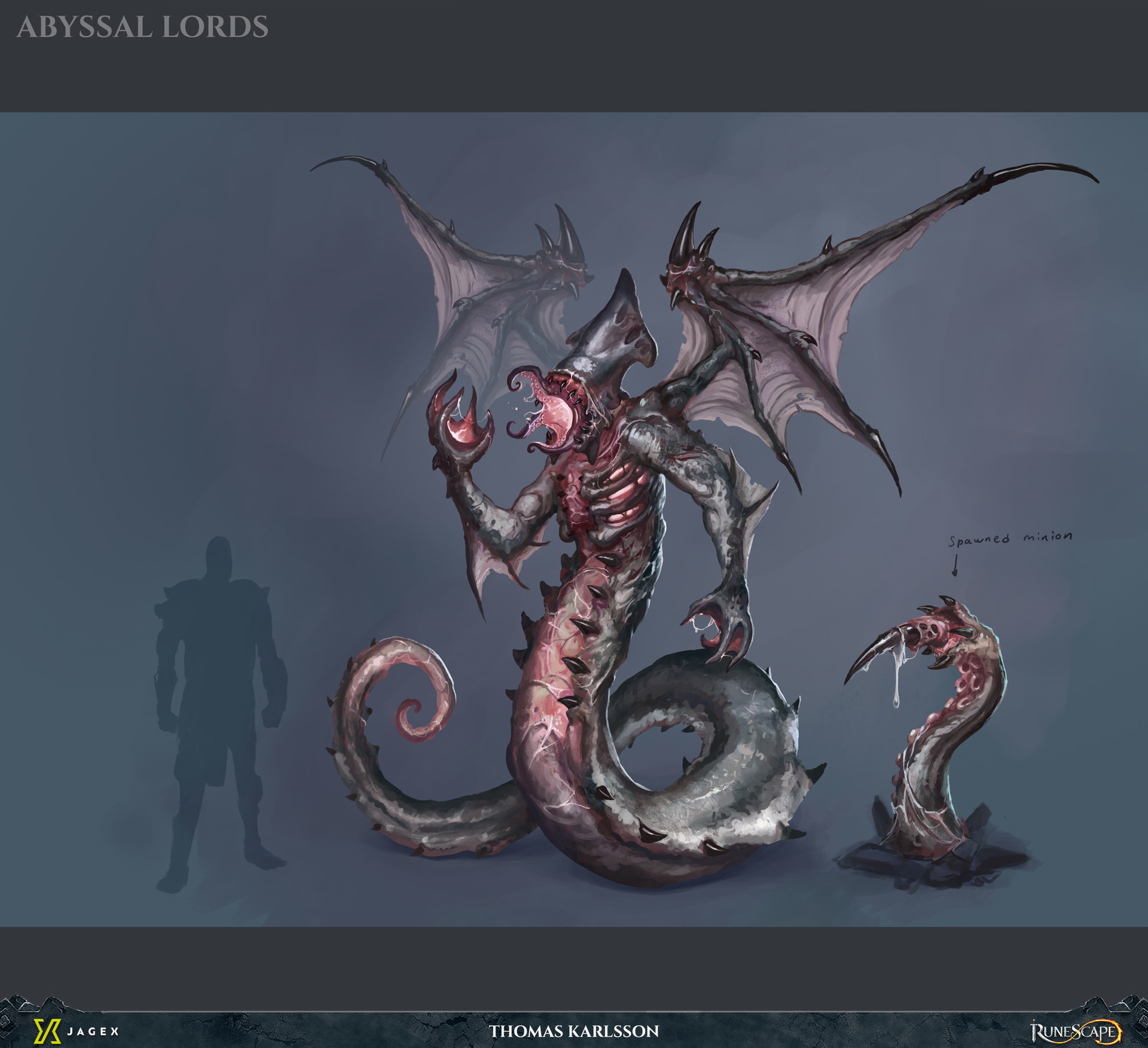 High up in the aristocratic echelons of the Abyssal demons, The Lord rules above all, with power and knowledge far beyond the rest of its abject cohort. It summons a multitude of minions to assist in combat, and does not blink at their demise. Make sure you kill them fast before they overwhelm you!

Well, that all sounds… foreboding. Battling these creatures will be worth your while, though – not just for the fate of Gielinor, but for the very juicy rewards. Here’s what’s on offer.

A classic weapon, a main-hand masterpiece, a much-beloved bringer of doom - and now viable in the current meta!

This is a brand new take on the mighty Abyssal Whip is an impressive Tier 92 main-hand weapon, and it has a nasty surprise for its unfortunate targets.

Each attack that lands will apply the Abyssal Parasite effect, which is a melee bleed. If the parasite is already on the target, the effect will refresh the bleed duration, and add one more stack for good measure. If your target reaches maximum stacks, the duration will simply refresh.

For every stack of Abyssal Parasite, the target will take damage every three cycles, for 15 cycles in total.

If a target then dies, Abyssal Parasites will all explode out of its body! They will multiply and attack your enemies, as well as any others within a 5x5 radius of the originating target.

The new targets will then start off with 50% of the original Parasite Bleed stacks.

The Abyssal Parasite shares similarities with Corruption Shot, except it will also tag and aggro its targets when it jumps to them. Gruesome!

The Abyssal Scourge is dropped by the Abyssal Lords, with a significantly increased drop chance when on task.

Jaws of the Abyss Helm

Prove you’ve got a head for slaying and you’ll get to adorn it with this T85 Melee Power armour helmet!

The Jaws of the Abyss Helm is dropped by the Abyssal Beasts, with a significantly increased drop chance when on task.

These are consumable add-ons to upgrade Armour Spikes or Trimmed Armour Spikes, and inflict damage to enemies attacking you in melee.

When activated, they have a chance to apply Abyssal Parasites to the target (see above for details).

The Abyssal Armour Spike components are dropped by all three of the new Abyssal Creatures.

We’ve made February extra Slayer-tastic, with two unmissable events to boost your credentials ready for the battle on the 28th. Check out Double XP LIVE and War’s Reckoning, and become every Abyssal Creature’s own worst nightmare.

You have 48 hours of Double XP to use before February 28th!

If you're going to stand a chance against these Abyssal creatures, you’ll need to train Slayer to 95, 105 and 115, so now is the best time to get yourself skilled up and reap double the rewards.

Remember, you can pause the timer whenever you like for maximum benefit! 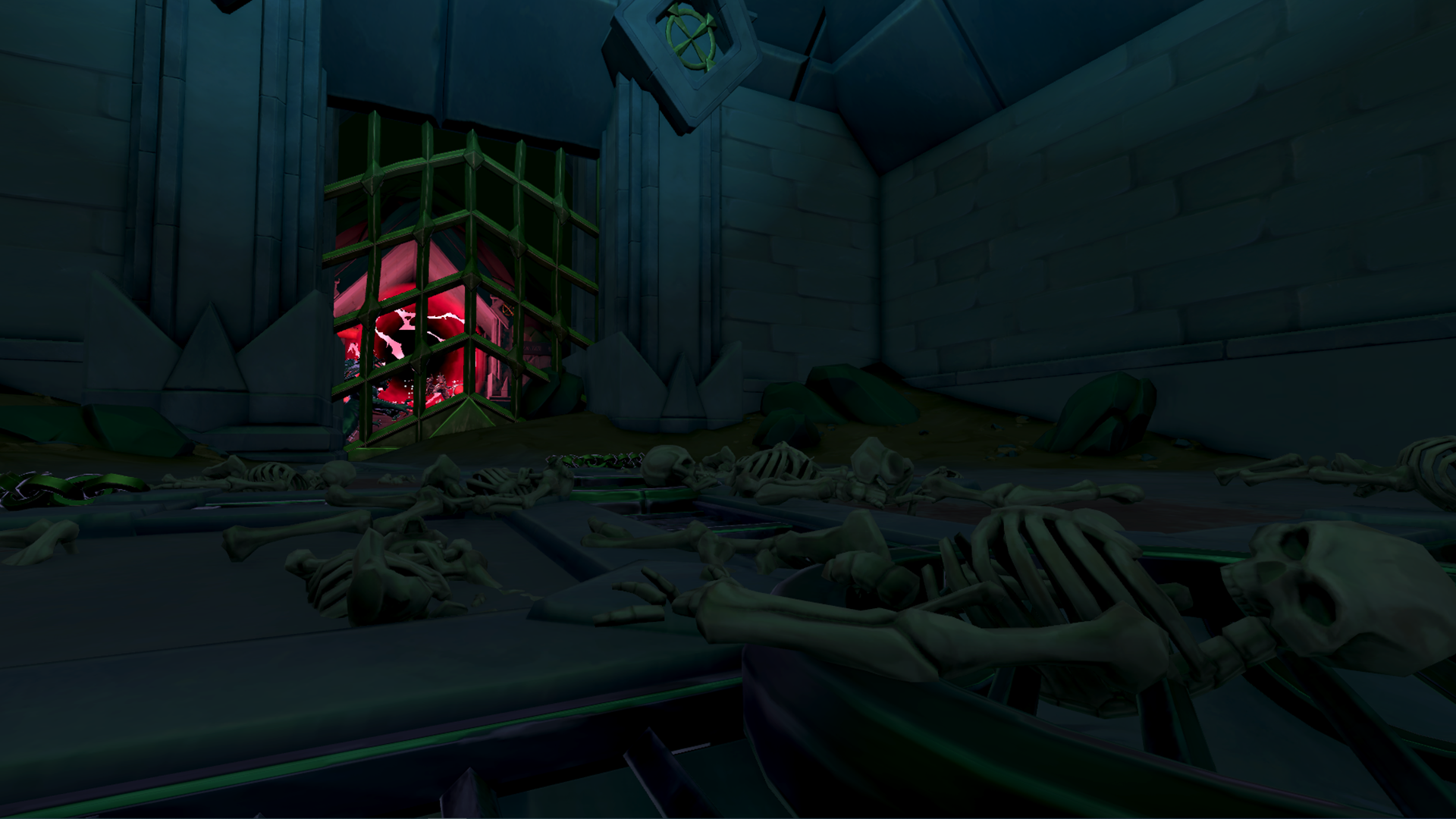 Speak to War and he’ll sort you out with some sweet buffs to ensure that you’re ready to face those Abyssal nasties. Visit him at War’s Retreat for the following: