Our 'top men' at the Gielinor Gazette have snuck into the exam centre and (in a series of humorous and improbable events we won't detail here) managed to get their hands on Professor Tony's archaeology journal! Let's take a peek inside...

Wahey! Thanks to our successful mission in Anachronia we've received another round of funding. Now we can finally get on and do some real Archaeology! Unfortunately we've had no end of nosy parkers writing in, trying to get us to excavate their neighbour's farming patch or investigate their pub cellar. Rubbish!

But this one seems different - like a real challenge. 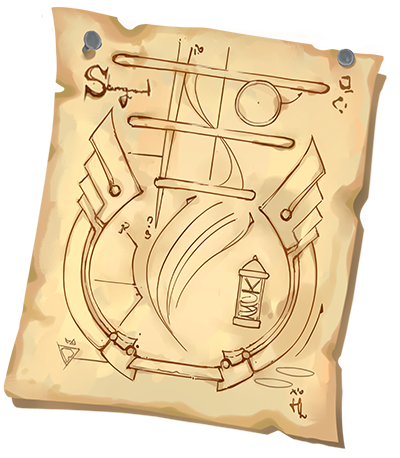 It all started when we received a letter from those odd folks at the Temple of Ikov. Apparently they’ve discovered an unusual, portal-like structure of aviansie design, engraved with the word ‘Stormguard’. When I showed it to our expert, Gee’ka, she nearly flew right through the ceiling!

It seems that ‘Stormguard’ refers to Stormguard Citadel, a fantastical floating fortress that was once home to the most brilliant of the aviansie inventors. Just imagine what kind of technology those feathered fabricators were working on!

Unfortunately, at the height of the God Wars something terrible happened, and Stormguard Citadel was blasted into pieces, leaving no known survivors. At all costs, we must discover what exactly happened to reduce Armadyl’s great laboratory to a pile of floating rubble – and bring closure to the poor souls lost in the blast.

It seems that if we choose to proceed with this excavation, we’ll need to take an inventive approach. If Stormguard Citadel is accessible at all, it’ll be floating several miles above Gielinor – and I doubt there’ll be a neatly marked path to follow while we’re there! Thankfully, I have a cunning plan... 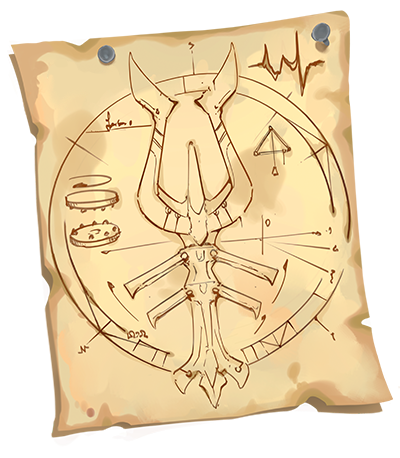 If Stormguard Citadel really was behind the technology used in the God Wars, then I bet we’ll find plenty of juicy secrets and curious characters. Of particular note is an aviansie scientist named ‘Howl’, who appears in much of the preliminary material we’ve gathered. Our sources tell me that’s almost certainly a codename, so this ‘Howl’ fellow must have been hard to pin down, even in life.

One thing we do know is that ‘Howl’s’ research involved something called ‘aetherium’, that he used to create his ‘magnum opus’ – what might that be, I wonder? The few excerpts we’ve managed to gather end there, but just think of the scientific knowledge we could gain by finding the rest! I’m almost giddy with glee thinking about it.

Oh blast, I think I hear Reiniger calling me. The sooner we’ve finished with this mysterious monolith, the sooner we can move on to some really exciting digs!

Hrmm, that Journal definitely seemed worth the nine ‘top men’ we burned through trying to get hold of it, but plenty of mysteries still remain. To see all the information we’ve gathered so far, go have a gander at the Archaeology Portal. And keep your eyes peeled for the next Archaeology Journal, which deals with somewhere called Warforge! Tony seems very excited about it. See you next time, adventurers!