The Deadman Winter Season begins at approximately 5:30pm UTC! The top 2000 players of the Season will qualify for the Deadman Winter Invitational which will run from Monday 11th December to Saturday 16th December. We're delighted to announce that $20,000 will again be awarded to the winner of the Invitational. 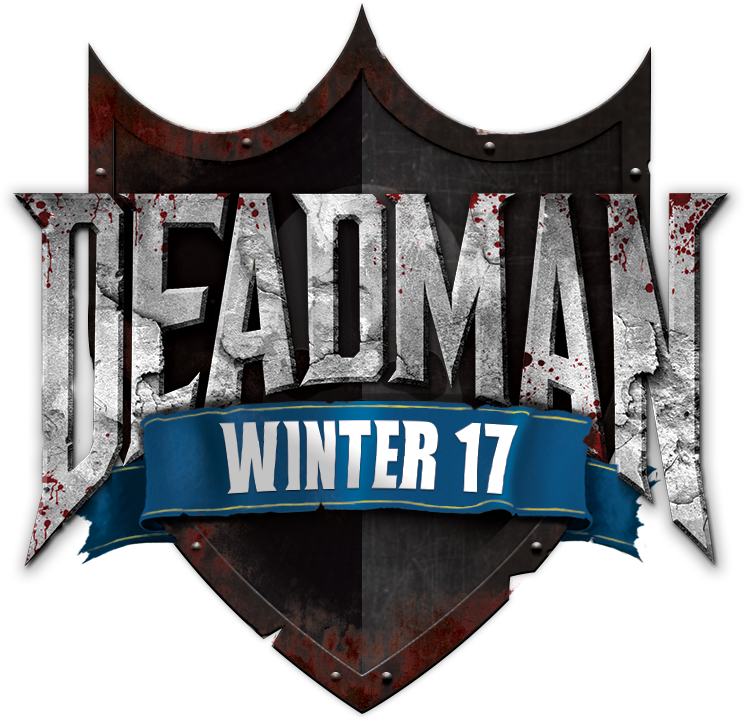 We received lots of feedback on the combat XP cap we implemented in the previous, so for the Winter Season we are capping this XP at 500k per day, or 750k per day in Attack and Strength.


Hitpoints XP will only be gained alongside combat XP. Once your daily combat XP cap is reached, you'll no longer gain Hitpoints XP. Hitpoints XP does not count towards the daily cap.

There is a 50x rebuild rate on XP in stats that have been lost on death.

Dying with, or dropping, a stack of chinchompas will cause it to appear on the ground, visible to all players.

The Protect from Magic protection prayer does not halve the duration of the Bind, Snare, and Entangle spells.

POH pools are unavailable for 3 minutes after combat.

Barrows, Raids, Zulrah, and Lava dragons are inaccessible for the entire season.

Ancient Magicks will not be usable until after two weeks, regardless of whether you completed it yourself.

All players are able to purchase the Recipe for Disaster reward gloves even if they haven't completed all sub-quests.

All players are able to access completed god books from the Lighthouse.

In addition to the normal loot offered by killing them, Callisto, Venenatis, Vet'ion and the Chaos Elemental also have a 1 in 3 chance of dropping a single 4-dose Saradomin brew.

In addition to the normal loot offered by killing them, Scorpia, Crazy Archaeologist and the Chaos Fanatic also have a 1 in 5 chance of dropping a single 4-dose Saradomin brew.

Those precious 80 days will take you all through the Winter Season allowing for some epic Deadman action and your chance at playing in the Winter Invitational!

Head in-game now and grab yourself membership for the upcoming season!