This week, Mod Philip returns to tell us more about the platforms we're supporting with the NXT client.

One major consideration when deciding how to write a new client for RuneScape was where we wanted it to be able to run, now and in the future. The RuneScape community have a large variety of different computers, and we wanted to be able to cover as many of those as possible, while giving ourselves room to move onto emerging technology.

Looking into what sort of computers you all use at the moment, we can see that:

Based upon this, we decided we needed to support:

We also decided to add support for 64-bit Linux to that list (currently Ubuntu 14.04+) because:

Another Platform of Interest

We were also still keen to be able to run RuneScape in a web browser, and pretty much the only way that was going to happen was to continue using JavaScript and the various HTML5 web APIs (WebGL, WebAudio, etc.), via the Emscripten project.

We've added some level of support for that to the new client, but it is not really ready for public consumption yet, mostly because of a lack of browser support for various things we would need to make the game perform well on your computers.

So how do we build the new RuneScape client?

All of this means we ended up writing C++11 code (and a little bit of Objective-C for Mac OSX, JavaScript for Emscripten and some C in other places) that gets compiled into the following binaries:


That's a lot of different versions of the game client (and quite a lot of technical language)! Despite that, we have one code base that generates all of those. This is done by having a hardware abstraction layer in our code that allows us to separate out some parts using the C++ pre-processor, so that they are only compiled on particular operating systems.

This means that the client code is (mostly) the same between the different platforms, and almost all of the differences are in the libraries that it uses to interact with the operating system.

When we make changes to the code for the game client, they get pushed to a build system, which automatically compiles the code on all of our target platforms, runs some automatic tests, and lets us know if anything went wrong in that process. This helps us to avoid breakages of one or more of the different platforms, and means we don't have to manually build and test everything we do on all lots of different devices, which would take quite a lot of time and effort!

We have written a launcher and installer for the new client that is similar to the existing downloadable client in many ways. The installer for Windows is a small download of a few megabytes, which will then run and download any dependencies that are needed for the client, and stick some icons on your Desktop/Start Menu for you. What has actually been installed at that point is the launcher, which will download any updated version of the client (which we update with most game updates), and run the game for you. 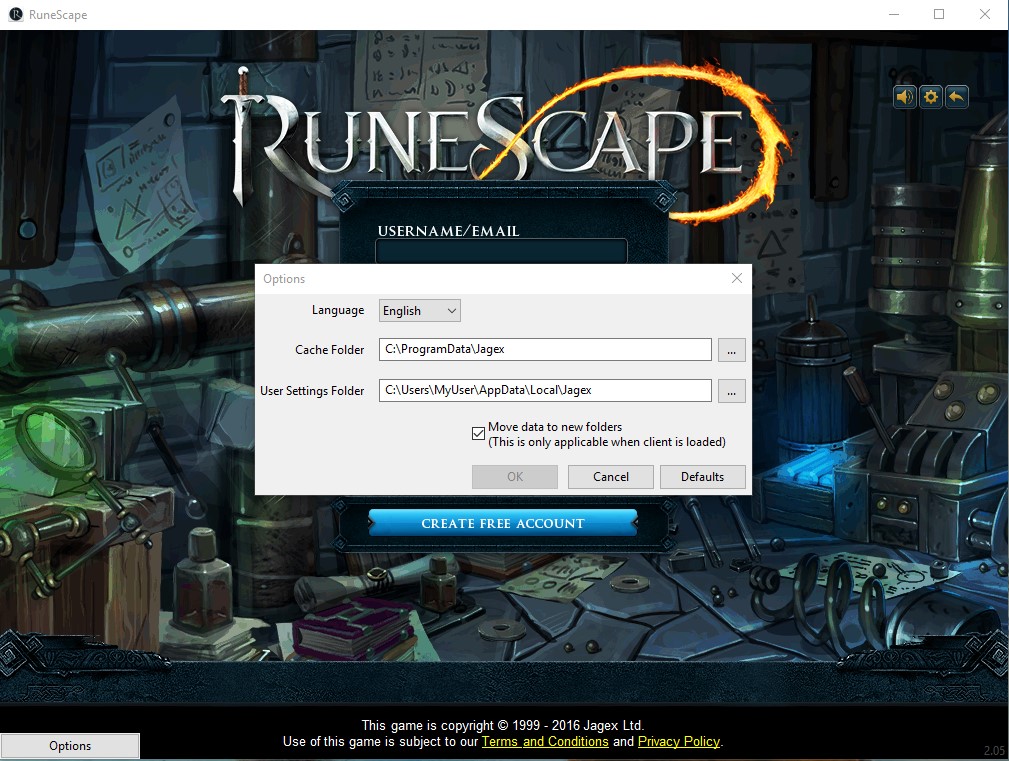 We've added a few minor (and much requested) features to the launcher on top of those present in the existing downloadable client:

It's the little things that count!