This week we're releasing another notable game integrity change. As a reminder, these are unpolled updates that do not replace any anti-cheating measures we already have in place, but rather look at what we, as a development team, can do to specific pieces of content to improve the Old School experience for genuine players.

Players are now required to have started Dragon Slayer in order to use any form of Anti-fire protection. This includes the Anti-Dragon shield, the charged and uncharged versions of the Dragonfire shield, Dragonfire ward, and the Ancient wyvern shield, and all forms of dragonfire potion including barbarian variants (for all of you barbarian potion fans out there).

Any player who has purchased a Dragon Slayer task block, or unlock will have their points refunded if they are no longer eligible to complete the dragon task.

You might also be curious as to how effective last week's integrity changes have been. We do have some data to share (see the graph below). What we're able to see is that the number of accounts reported for botting Wines of Zamorak (Captured Temple) and Zaff's battlestaves (Varrock Center) saw a notable reduction on, and since, the 28th June. The number of reports received in the Mage Training Arena and for accounts botting Red chinchompas has remained relatively consistent. We've surmised that these accounts being reported for macroing are actually hand-played gold farmers, and whilst these accounts will still be getting banned, the integrity changes don't pose too much of a challenge.

This week we're adding 10 new game worlds, with additions to each region. These new game worlds are being added in preparation for Mobile, and we expect to add even more in the future. We're also removing a number of themes from worlds where the theme is no longer necessary. This is only a text change and not an actual modification to the game world. 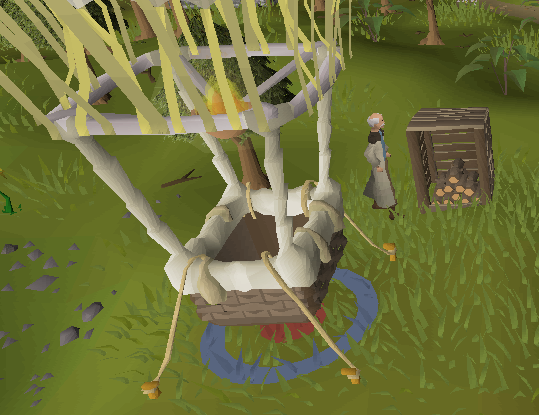