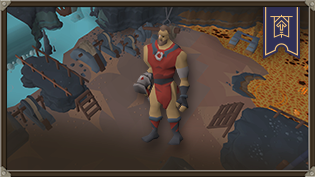 We’ve made some improvements to Giants’ Foundry this week – keep reading to learn more!


Since Giants’ Foundry launched last week, we’ve seen adventurers come out in droves to help Kovac forge some comically oversized weapons – although we’re still not sure what he’s planning to do with them…


As always with releases like this, we’ve spotted a couple of post-launch issues and made some changes to correct them. Here’s what’s changed since launch:


We’ve also made a few other changes based on recent player feedback.


Most notably, we’ve added two more chests for use with Skully’s Loot Keys. One is located upstairs in the Grand Tree Bank and is available on all members-only worlds. The other, visible only on PvP worlds, is in the Lumbridge Castle courtyard. 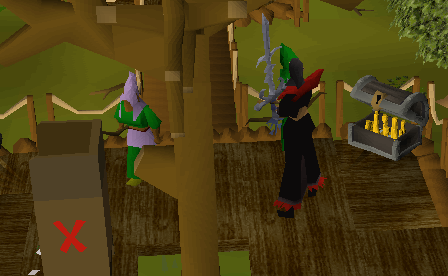 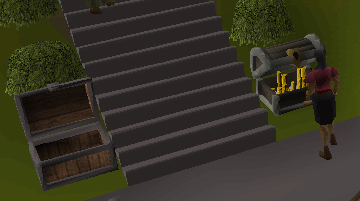 The locations of the two newest Loot Chests.


Regrettably, a single potted plant was harmed while placing the Loot Key chest in the Grand Tree. Let’s have a moment of silence before moving on to the rest of this week’s changes: 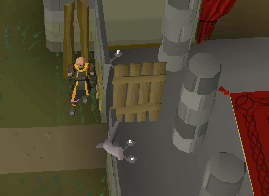 
Last week, we sent out a survey via email asking players for their thoughts on a variety of potential game modes. We saw a lot of discussion about the survey and wanted to capture more of your thoughts. Click the button below to be whisked away to a world of possibilities, let us know your thoughts on a series of game modes! If any prove popular, perhaps they might make their way to an Old School RuneScape near you soon...


The Emir is eager to see the gates of his Arena reopen, allowing brave warriors to feel the thrill of battle once more. In order to appease His Eagerness, we'll be opening the PvP Arena for a public beta this month, and you can expect full access in July!


If you've been keeping up with our recent polls, you might be wondering what we plan to do about rewards. We intend to honour the results of the most recent poll - therefore, the PvP Arena will offer the following rewards:


For those of you who really wanted to experience the other rewards, we have a special treat - you'll be able to find the following items in Arena equipment chests, along with 400 other pieces of equipment for your Inventory and Worn slots.


This equipment is exclusively for use within the PvP Arena - by order of the Emir himself!


Working on the PvP Arena has helped bring the team closer to the PvP community than ever before and provided valuable insight into some of the pain points these players have. There's so much more we can do to improve the state of PvP, and this is only the first step.


Our dedicated PvP team will be moving on to reworking the Wilderness bosses, but what’s next for PvP? Well, that’s where you come in! We’d like your help to shape the future of PvP in Old School RuneScape. We really want to gain a better understanding of where you think we should focus our efforts!


In order to do that, we’ve created a short survey. We’d really appreciate if you could let us know your thoughts by filling it out. We’ll then look to share the results in a future blog.

Lastly, we just wanted to pass on a huge thank you to everyone that got involved in all of the discussions around rewards, especially those in the PvP Discord! We’ve loved working with you and can’t wait to see what else we’re able to achieve together!