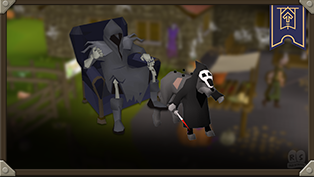 The spookiest time of year is fast approaching! Read on for a sweet taste of the tricks and treats in store this Halloween…


Note: the Tombs of Amascut Drop Rates blog is being worked on and is scheduled to release later this week as its own dedicated blog, rather than as a section of this Game Update newspost.


But costumes aren’t the only unusual sighting this Halloween. We’ve had reports of sweets popping out of trees, rocks and Fishing spots all over the world. Even NPCs are joining in the fun, as the Halloween spirit sweeps Gielinor.


Strange things are afoot… you’d best head to the Varrock West Bank to see what’s what. 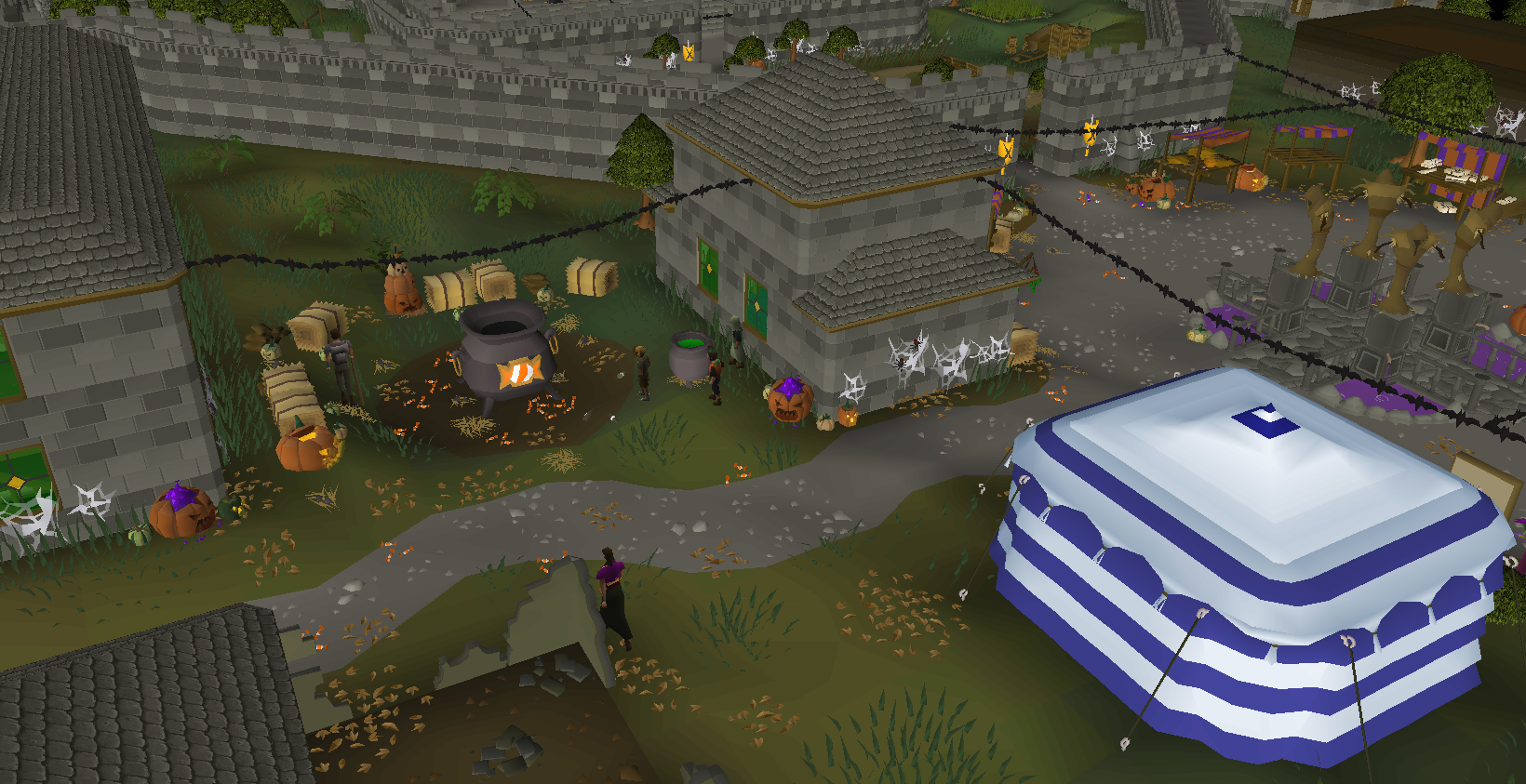 Looks like Varrock's getting into the spooky spirit this year!


This year’s event is a little different from the previous ones but rest assured that you’re all invited and there are absolutely no prerequisites – so everyone can join in the spooky fun!


While most of the action can be found in and around Varrock, a handful of particularly generous NPCs can be found getting into the ‘spirit’ of things further afield. Keep an eye out!


The only things you’ll need to bring along are your best scary face and a handful of tricks to snag yourself some ‘wicked’ cosmetic treats!


Last week saw the release of Fresh Start Worlds where thousands of players set foot in Gielinor for the first time… again!


Missed the news? Catch up with the Fresh Start Worlds blog.


And last but not least, if you’re looking for the perfect soundtrack for your new adventure, have a listen to the second volume of our LoFi OSRS Mixtape, produced by OSRSBeatz with visuals by Hooti Tooti. It’s got more bangers than bonfire night!


In Beta news, we’ve got a few bits of content we’d like you to take for a test run.


What's coarse, rough, irritating and gets everywhere (including Quest Speedrunning worlds)? If you guessed sand, you guessed correct!


Prince Ali Rescue and Beneath Cursed Sands have been added to Quest Speedrunning Worlds as open betas. Your times won’t be saved, and won’t count towards rewards, but your participation will be immensely valuable. Plus, you’ll get a golden opportunity to formulate your speedrunning strats before the quests launch for real in two weeks’ time!


That’s right, we’ve made some changes to Poison Dynamite based on your feedback from the current beta worlds.


Players were finding it difficult to consistently utilise Poison Dynamite as a 1x1 explosion. There are two solutions to this problem, so we’d like you to try them both and see which one you prefer!


The first option is for ‘placed’ Poison Dynamite to explode in a 3x3 area, rather than a 1x1. This should make it easier to get that poison ticking on larger NPCs, since it was proving difficult to land the 1x1 explosion on their ‘true’ tile.


The second option is to enable players to use Poison Dynamite directly on NPCs, like a sticky bomb.


In the beta worlds, both options will be functional – although we would like to pick one or the other, so do send us any feedback you have!


We've also made a handful of other tweaks to Poison Dynamite:


Some of you might remember April's Gielinor Gazette where we shared some of the projects from our first-ever Game Jam!


The team really enjoyed working on so many different ideas and seeing what you all thought about them. Perhaps you’ll hear more in the near future about some of the things we pitched back in April…


In the meantime, though, you’ll be excited to learn that we’re hosting another Game Jam next week! We can’t wait to see what projects the J-Mods come up with this time.


However, this does mean that there will be no Game Update on November 2nd.


Make sure to keep an eye on our social media platforms (check out the hashtag #OSRSGameJam) to see the sorts of things we’re working on – and perhaps even share some ideas of your own!


We've got a handful of other changes this week:


Back in July we published our Fan Content Policy – a document designed to give you confidence about what you can and can't create without permission.


We saw some really positive feedback about this from most of our creative communities, but for fan fiction writers, it's clear the policy limitations around word count could impact your creativity!


So, we've updated the relevant section (4.1.4) to give fandom wordsmiths a bit more freedom:


Fan Fiction - you can write stories inspired by your adventures in-game and share these on non-commercial third-party fan fiction sites like fanfiction.net or archiveofourown.org, provided you do not receive payment for them in return. If you intend to write a piece of fan fiction for a commercial site (such as Amazon, for example), for commercial publication in a physical form or as a paid-for commission for publication or commercial use, then you will need to run this by us first.


We hope this provides a clearer creative boundary that doesn't limit your personal writing projects with worries over wordcount! Thanks for all your feedback, as always.


The PvP Arena is currently using 'Zerker' loadouts in Ranked Duels and Tournaments.

We're launching part 2 of the Varrock pin and keyring collection, this time with a spooky spin!


This range is a continuation of the Angels Scapes 'Cities of RuneScape' range on the official merch store. 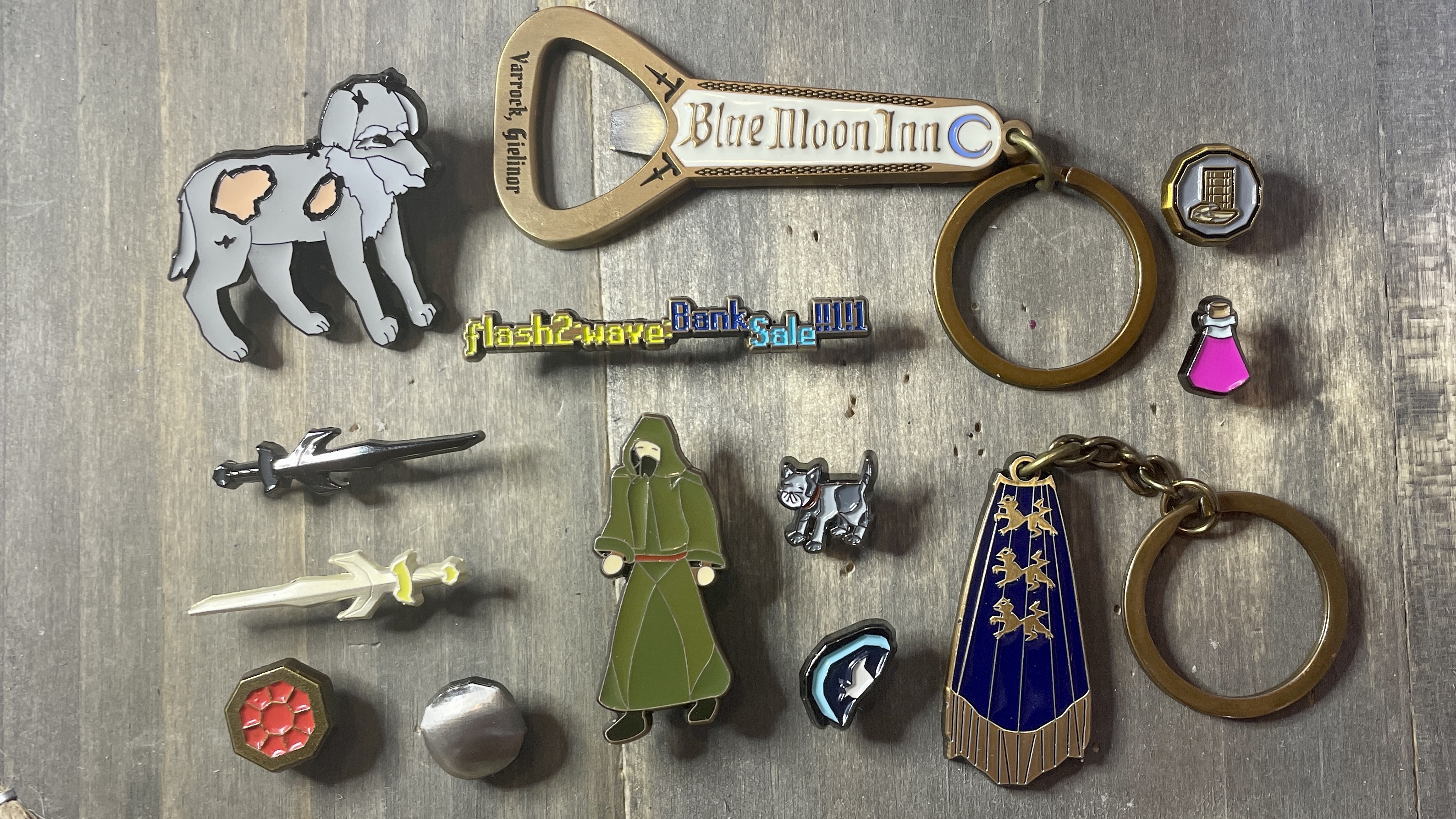 Here's a couple of the Limited Edition pins from this latest drop!


You could ward off demons with a handy Silverlight pin, or enhance it with the blood of Agrith-Naar to sport Darklight instead. Perhaps you'd like to kill some unsuspecting noobs with a spooky Dark Wizard pin, or relive the glory days of typing chat text effects out for hours on end with a bank sale pin!


Make sure to take a look and perhaps treat yourself this Halloween! No tricks, we promise!