We’re excited to announce that a brand-new Hunter method will be introduced to the game in July that will completely change the way you hunt.

Among the changes are the introduction of PvM style drops, which we know skillers have been asking about for some time. Other changes will include making the Elite Hunter Outfit available to earn in-game, more concessions to AFK players and a new tier of salamander that is exclusively for Hunting.

So why are we doing this? We're always looking at the game to see what works, what doesn't work and what could be better. And when we looked at Hunter we recognised that the top end of skill’s experience had spiralled way out of control. With these changes we intend to modernise the skill, ensuring its longevity and keeping everything fair.

Before the arrival of the Crystallise spell alongside the quest The Light Within in 2015, Hunter was in a good place and was reasonably well balanced. Top end XP per hour rates at unboosted level 99 were about 250k.

However, Crystallise changed everything. XP per hour rates rocketed to around 900k when boosted. Ultimately, we can't just leave this as it is, because it has an unbalancing effect on the game.

Compounding the problem, the effect of Crystallise meant that any new Hunter content had to compete with these already sky-high rates to be relevant. For example, the arrival of Skillchompas and Tortles raised the ceiling even further - some players were earning over 1,000,000 XP per hour unboosted. 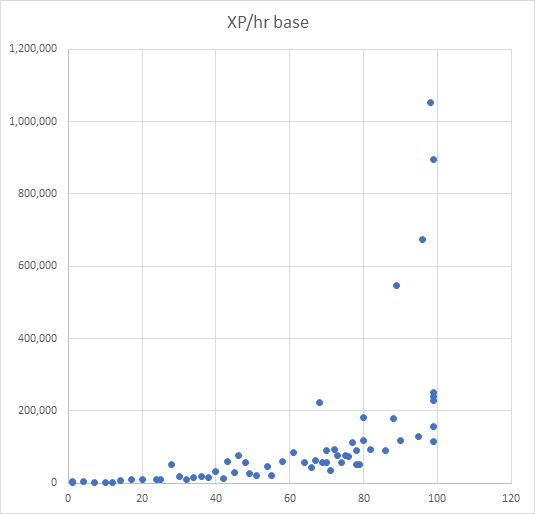 Add in the likes of the Elite Skilling Outfit, Tracker Aura and Enhanced Yaktwee Stick and 1.4m XP per hour was achievable - an unparalleled number compared to any other non-buyable skill, and quadruple the earlier peak. And that's before things like bonus XP, Clan Avatar or Pulse Cores are factored in.

Plus, this doesn’t even include tick manipulation, which allowed players to set traps faster than we had intended. That pushed us up to 1.92m XP per hour mark. We think most players would recognise why this is problematic and why action needs to be taken. 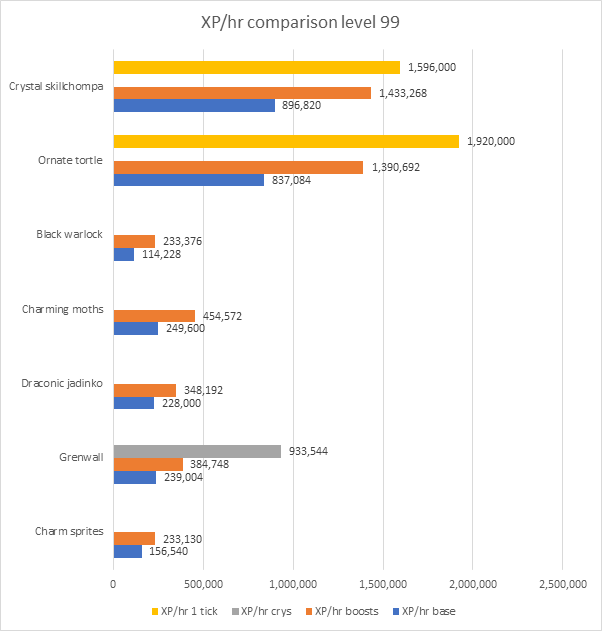 The problem will only worsen if we do nothing, with rates being pushed higher and higher with every Hunter update.

So, in line with our attempts to be bolder in our decision making and in the spirit of the five-year skilling plan discussed at @RuneFest 2017, we are taking the necessary steps to address these issues before it spirals further out of hand.

We believe our changes will improve the Hunter experience, giving you a choice for where you want to train depending on your needs. They will leave Hunter in better health and improve XP rates within the game.

There's no denying that Crystallise is the main culprit for spiralling XP rates. Any attempt to modernise the skill, therefore, needs to begin with a fundamental rework of this spell.

The new Crystallise effect can be cast on empty set box traps as opposed to full ones. For 30 seconds after the spell is cast, any eligible creature that enters the trap successfully will be caught and freed automatically, yielding XP but no resource.

The following creatures are eligible:

For those who aren't familiar, tick manipulation is a method that speeds up the trap laying process through potion drinking. This is not an intended training method, and is in fact a gameplay bug – like the Continuous Four Tick Auto Attack.

Therefore, to bring these inflated XP rates down, we are removing this functionality entirely. To compensate for the change, the Elite Trapper outfit will now have an increased chance of instantly deploying or picking up traps. 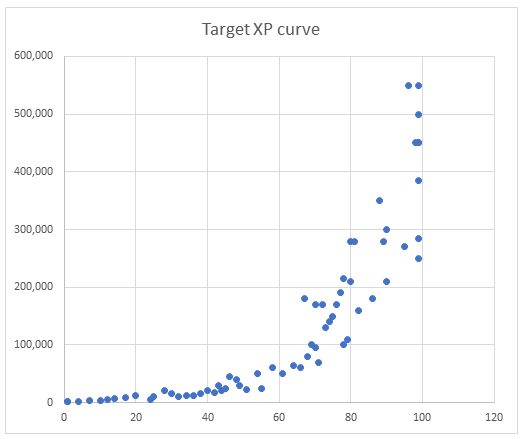 As a result of these changes, we can safely say that XP rates will already be in a healthier place than they are right now.

The two primary training methods, Crystal Skillchompas and Ornate Tortles, will now give less XP per hour. In addition, we will be implementing a change to Skillchompas that will ensure that multiple catches no longer yield additional XP, bringing Hunter into alignment with the game's other skills.

We will also be buffing the XP rates of other training methods according to their intensity and value. At the end of it all the assorted methods will all be far more in tune than they were before.

As with all skills, a large range of buffs and boosts are available when skilling Hunter. As most of these are applicable across multiple skills, the scope of our changes is quite limited. However, the following alterations are being made:

As mentioned above, the Elite Trapper outfit will now have an increased chance of instantly deploying or picking up traps. Furthermore, we're also unlocking the ability to purchase the outfit's blueprint in-game with a new Hunter currency that will arrive alongside the aforementioned Hunter update in July.

NOTE: You can gather Hunter fragments from training hunter once you hit level 70, much like other outfits.

We intend to rework the Hunter Skillcape Perk, and the issue is still in discussion among our team. Our aim is of course for the perk to be of benefit for those training the skill, especially as the current perk is actually detrimental for high level hunters.

We are as always open to your suggestions! Please drop us your thoughts at the Discord channel linked at the bottom of this blog.

Barehanded butterfly hunting is being altered to become more AFK-friendly and offer better XP, making it the main AFK hunting method. When you successfully barehand catch a butterfly, you will still immediately release it, but the NPC is no longer removed from the map. Instead, the player will automatically attempt to catch the same butterfly multiple times, allowing you to stay in one place for a little while before the butterfly flees and another needs to be found.

A new high level yellow salamander is being introduced. It uses the regular net-trapping method but with a change - the salamander will be released from the player giving you XP without an item. Due to this, the new salamander cannot be caught in your inventory, and therefore cannot be wielded as a weapon. These changes provide a more uninterrupted skilling experience.

And finally, the biggie… there will be a brand-new hunter method entering the game! While we can't reveal more details just yet, know that this method completely changes the way that you hunt. It adds brand new and exciting mechanics and, due to its intensity, PvM style drops, that have a chance of including unique items. We're sure you'll be as excited about it as we are!

Other Hunter improvements will include:

There was a lot to cover in this blog, so thanks for sticking with us! That's all the information we have for now, but there will be plenty more to reveal down the line.

We think that whilst this is a big change to Hunter, it will safeguard the long-term health and integrity of the skill. Check out today's livestream for more details, and please do feel free to ask questions in the Twitch Chat.

If you have any more questions or suggestions, members of the RuneScape team will be available to chat in our official Discord server in the hunter-modernisation-discussion channel from tomorrow (May 8th) until the end of the week. Join the discussion here!