You've slain dragons. You've battled the head honchos of the gods. You've even taken on the emissaries of the Elder Gods themselves. Now it's time to think bigger.

In your fifth and final Elder God Wars Dungeon battle, you'll face the God of Chaos himself: Zamorak. 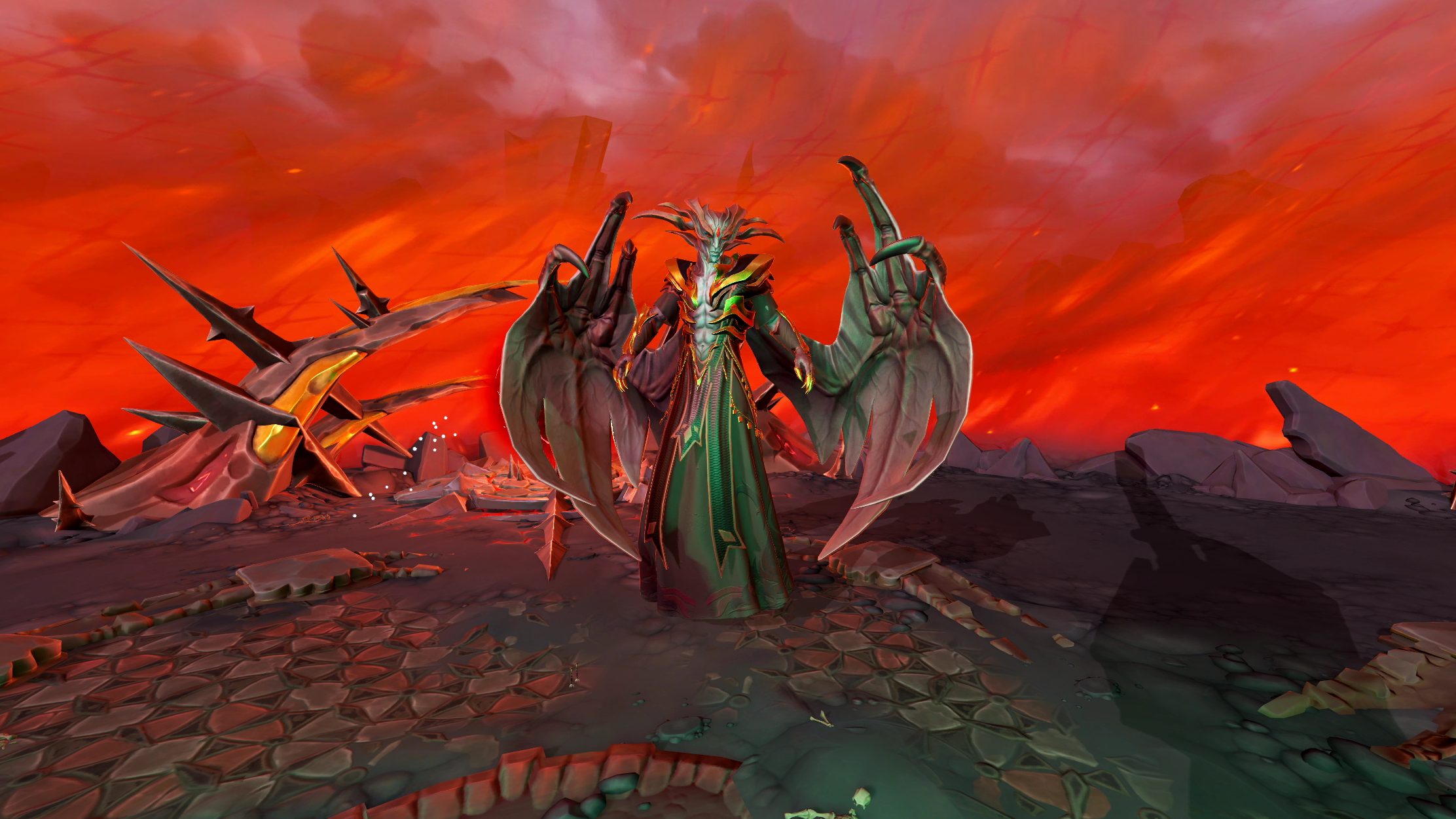 Your goal is simple. Stop Zamorak summoning hordes of Infernal demons to take over Gielinor while re-establishing the Edicts of Guthix and stopping Ol' Zammy's evil plans for good. To do so, you must venture through waves of angry mobs and dangerous environments in order to reach the Sword of Edicts, located deep in the Wilderness.

Coincidentally, Zamorak is channelling a massive Infernal portal from the Infernal Source's Hydra Gate, conveniently positioned directly below the Sword of Edicts. See where we're going with this? 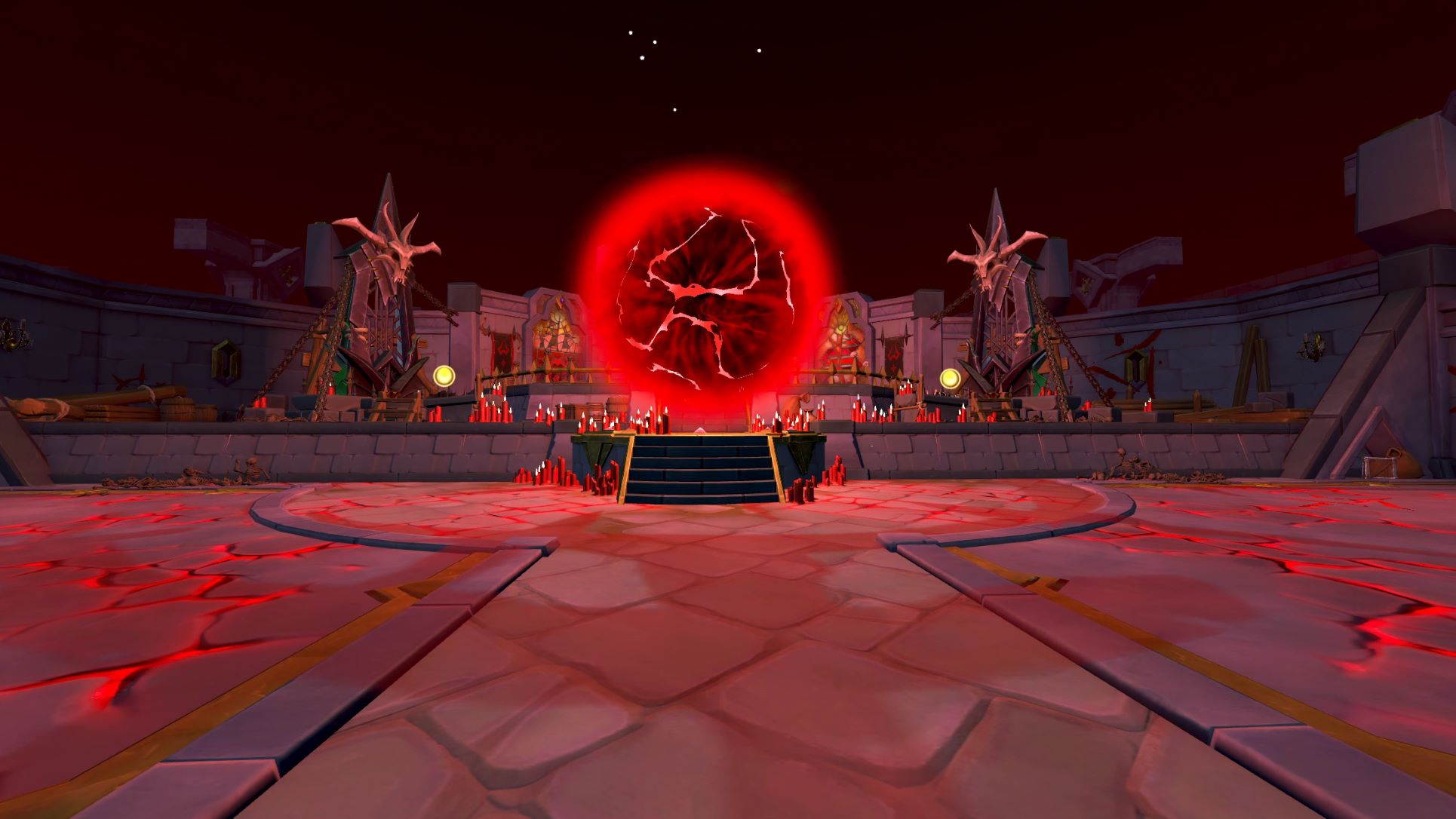 The bad news is, he's got a cabal of Zamorakian mages holding up a shield dome which prevents meddling adventurers like you from gaining access. You'll need to venture deep below Senntisten into the Zamorakian undercity, where Zamorak's minions are busy getting up to no good. Beat your way through them, and you'll have a shot at taking out the big man himself.

Sounds simple enough, right? But remember - every victory requires sacrifice. What are you willing to give up to protect the world from Zamorak's wrath?

Elite Dungeons are a fiendish test of your PvM credentials. Battle your way through consecutive areas populated by tough enemies and mini-bosses in an attempt to reach the final boss - where all the best loot lies! Now we're introducing a completely new Elite Dungeon with a twist - are you ready to explore the Zamorakian Undercity?

While this new dungeon shares some DNA with our past Elite Dungeons, you'll notice some key differences. It supports 1-5 players, but for the first time ever it will scales its challenge to your group size. Whether you play alone or with four friends, you'll be facing off against enemies with balanced stats!

Zamorakian Undercity also features an Enrage system for the first time. As your Enrage increases, the enemies get tougher - enemy variants will even be swapped out at key milestones for tougher challenges!

The Elite Dungeon is totally optional - you will be able to unlock an ability which lets you skip the Dungeon and go straight to the boss. However, valuable drops will definitely make it worth running! You can even earn drops in Story Mode too (though at a much reduced drop chance compared to Normal or Enrage). 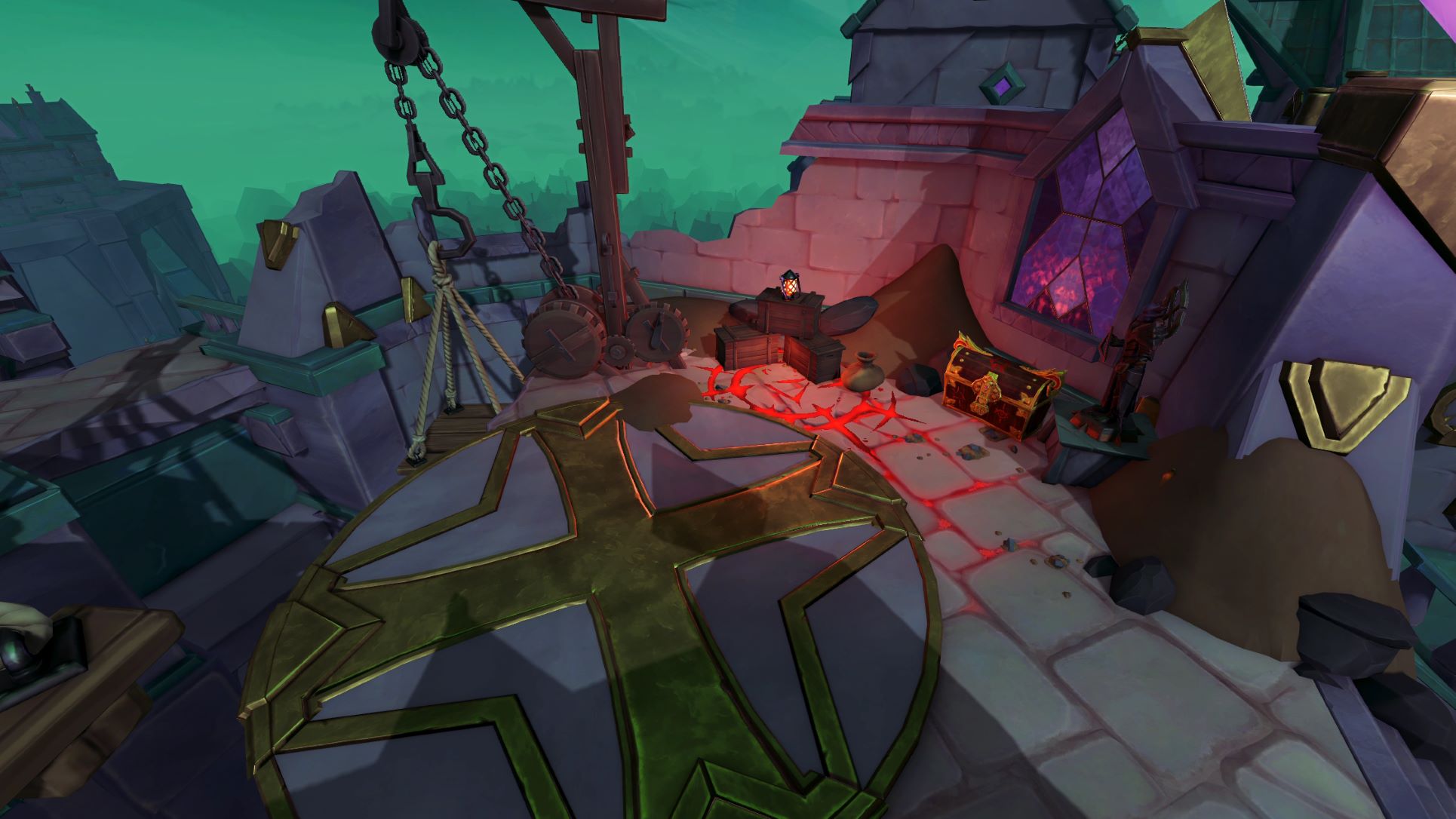 Zamorak can be fought solo or in a group of up to five other players. Watch out though - Zamorak has an Enrage mechanic, and unlike those weaksauce other bosses, he doesn't stop at a piddly 4,000%. No, the Lord of Chaos himself has unlimited Enrage - so get ready for a real fight.

To defeat Zamorak, you'll need to use your World Guardian powers to awaken the Edicts. You'll see Runes spread equally across the floor of the boss arena. To activate one, all you have to do is charge it up by standing within the Rune's boundaries.

Each activated Rune empowers your abilities as you draw power from the Edicts. Don't get too cocky, though - Zamorak will respond to your insolence by casting a dangerous Hex debuff for each activated Rune.

Here's a handy guide to which Runes trigger each Hex:

On top of that, you'll face a deadly array of boss mechanics, including 'Decimate', 'Infernal Tomb', 'Chaos Blast', 'Rune of Destruction', 'Flames of Zamorak' and a few more for good measure. Hey, if beating up a god was easy, everyone would be doing it. 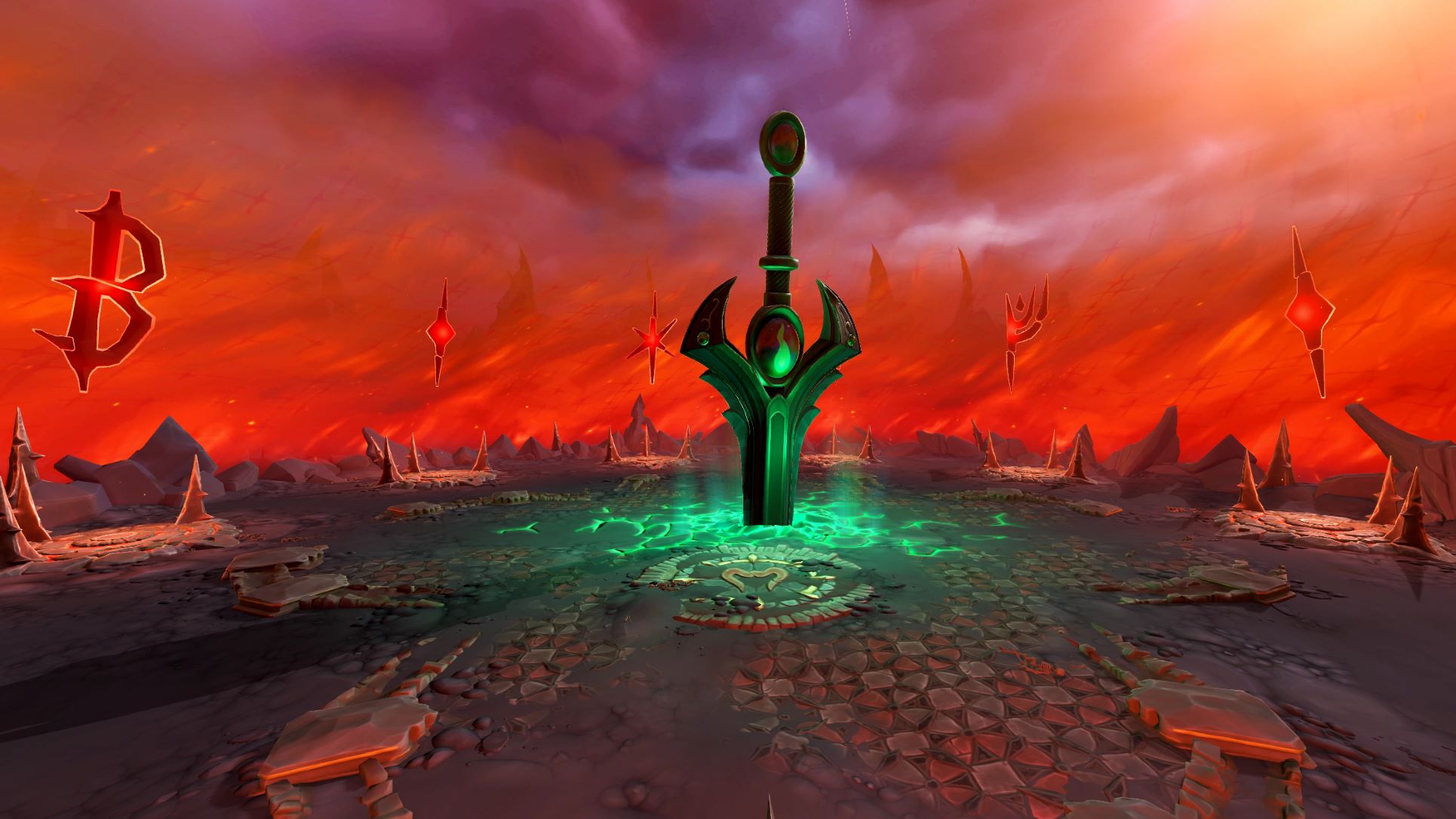 Speaking of difficulty, there are three different modes available, each tailored towards different player skill levels.

In Story mode, Zamorak will deal 90% less damage - perfect for those who just want to find out what's going on. Unlike previous 'Story Mode' encounters, this one will grant you items from a significantly reduced loot table, and you'll also have a low chance to grab some hot-ticket items from the other modes.

Normal mode is a bit trickier - this is how we expect most players to experience the fight.

Lastly, Enrage mode will test your combat skill to the absolute limit, as Zamorak delivers a no-holds-barred beatdown to send even the toughest warriors crying for Tutorial Island. Have fun!

If you've completed Twilight of the Gods, visit Adrasteia on the first floor of Falador castle to partake in a small miniquest that will send you to battle Zamorak and tie up a few loose ends...

The new area has an exclusive set of rewards, including:

If you've been beating back demon outbreaks on the surface, you'll hopefully have encountered a few of these already. Slivers come in three distinct, slimy flavours: Pain, Power, and Strength. Each one is used to create powerful Enchantments to enhance your existing gear.

The upgradeable items are:

You'll also find a series of exciting lore pages in the dungeon - one to watch out for if you want to learn the full story!

Zamorak has accrued a number of powerful items in his time, and if you beat him up effectively, they can be yours! Note: don't try this IRL.

Bow of the Last Guardian 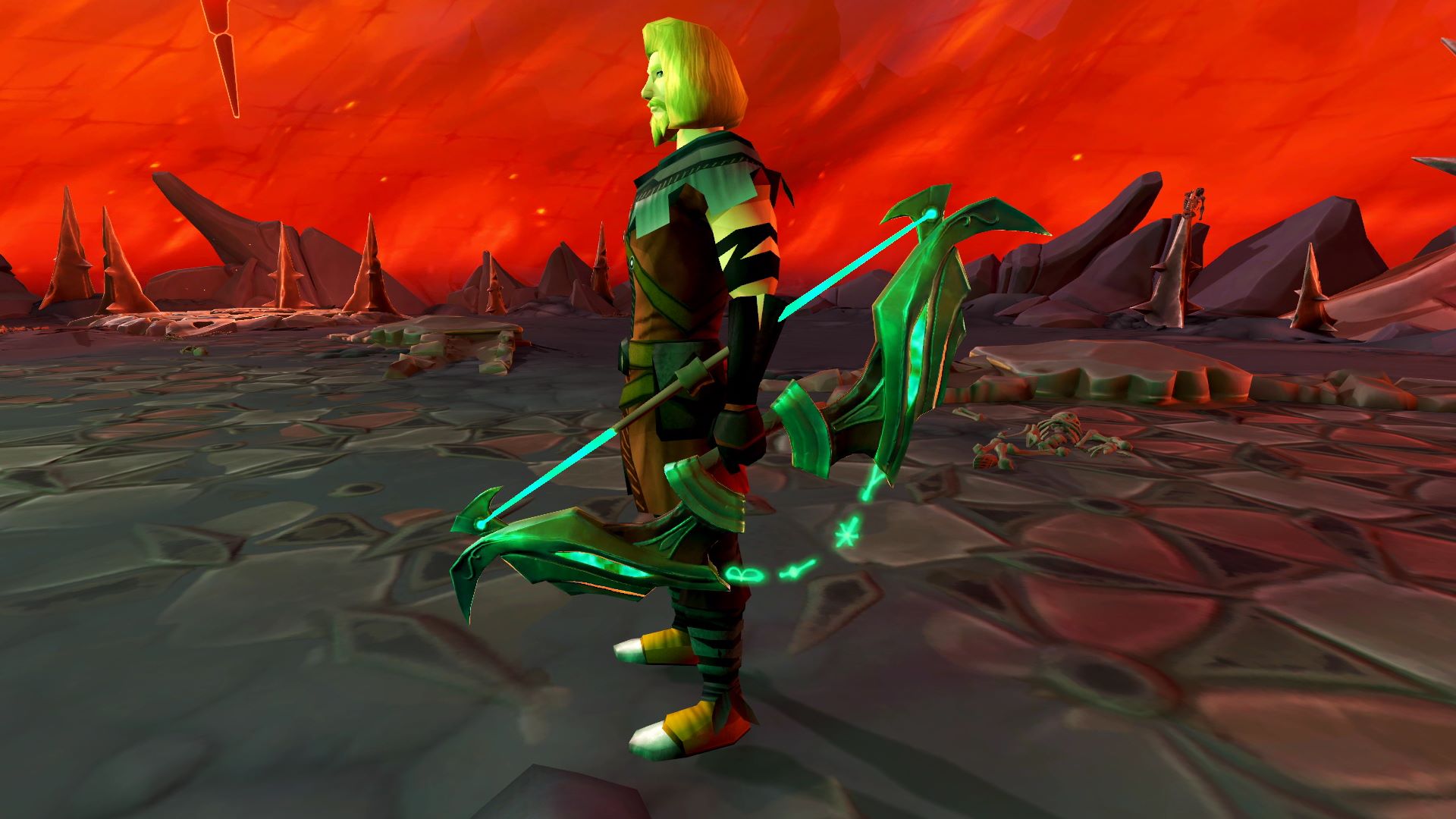 Hey, remember those fancy new arrows you made in Prehistoric Potterington's Accidental Fletching and Firemaking Stations? Wouldn't it be sweet if you had a matching T95 bow to use with them?

The Bow of the Last Guardian drops in three separate pieces which you'll need to assemble to create the weapon.

Its passive ability grants a stack every time you hit your target. At eight stacks, it'll deal damage to the target based on your last-used ability, and you'll need to start building stacks again.

The special attack will deal a hefty chunk of damage and reduce the stacks required to launch the passive ability to four. Ouch!

Lastly, we have it on good authority that the Bow of the Last Guardian can be dyed to suit your every fashionscape whim. 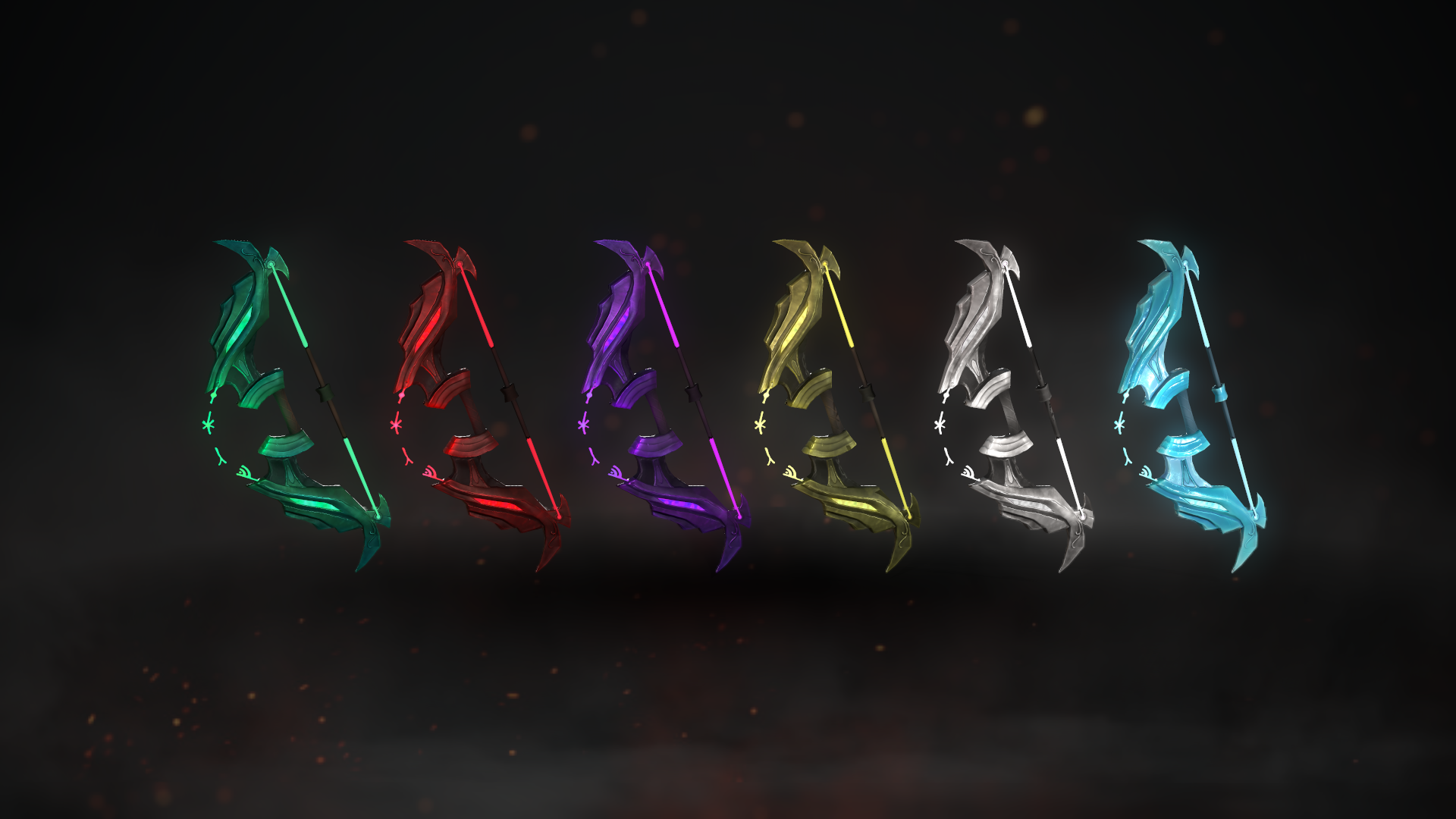 This is a 'glass cannon' T95 Melee armour set designed to help you deal tons of damage at the cost of defence. In fact, at tier 100 damage bonus, it has the highest damage of any armour in the game! 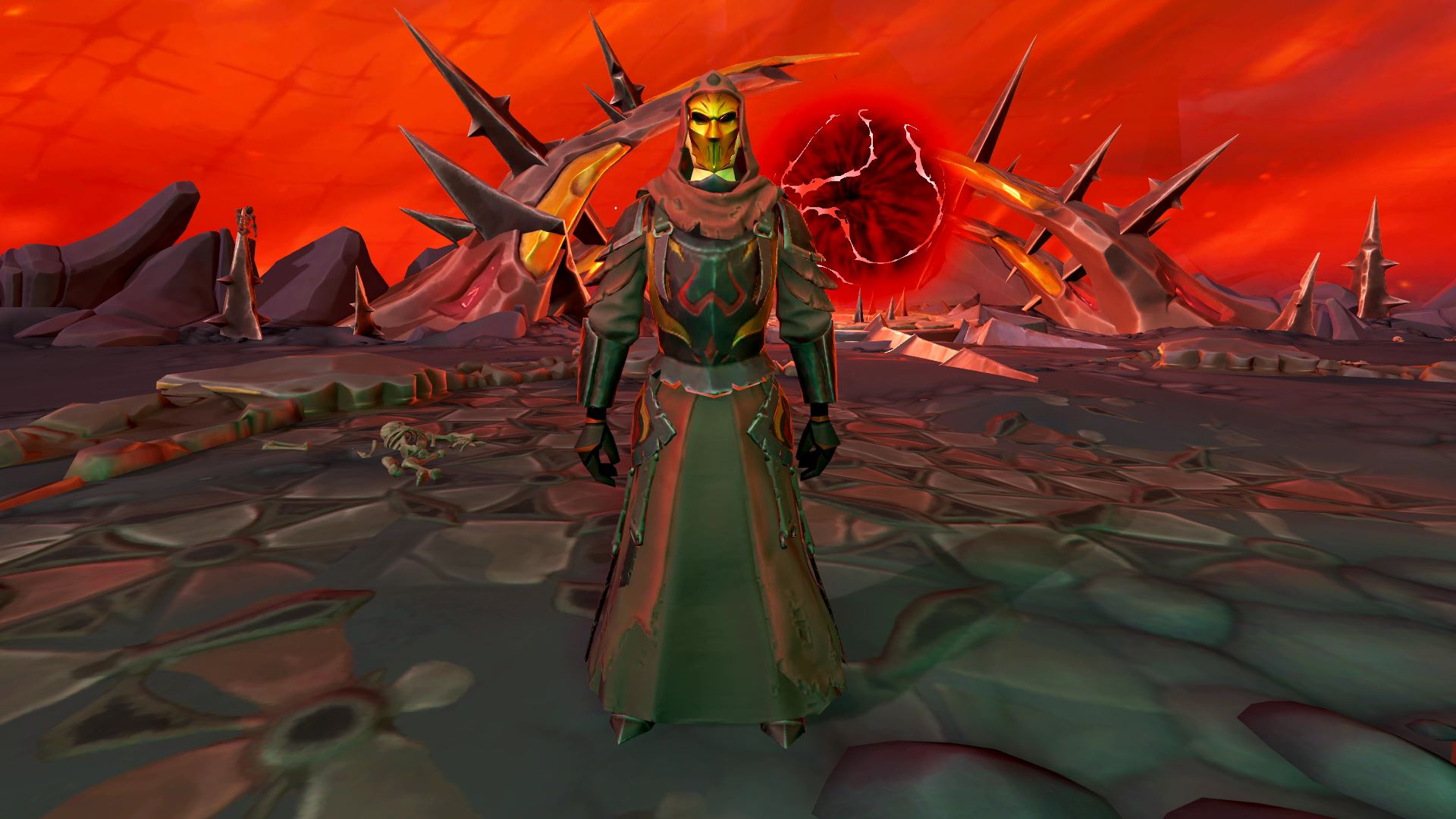 It also comes with a range of exciting set effects, including extending the duration of the Berserk ability and increasing your max Adrenaline. 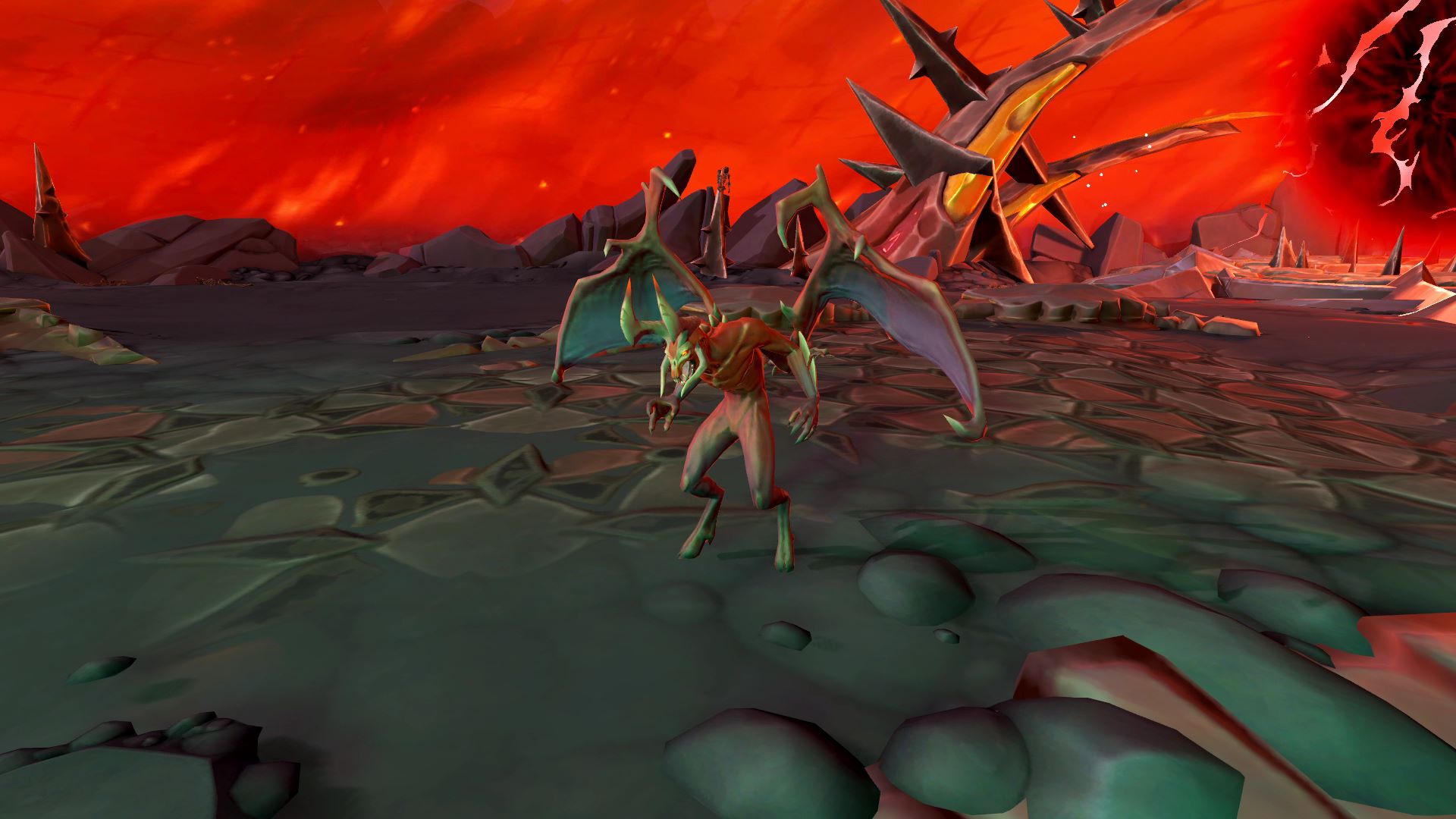 This unusually-named creature wants to be your new friend! Bring him along on your adventures and we're sure he won't betray you at the first opportunity...

Remember that thing we said about infinite Enrage? To get you motivated, you'll unlock unique titles at specific Enrage thresholds - so get out there and get raging!

You'll also unlock the Lord of Chaos title after defeating Zamorak on 500% Enrage, plus a Silver variant at 2,000% Enrage and finally, the Gold variant at 4,000% Enrage.

Lastly, the Godslayer title is available to any player who completes Zamorak's Collection Log. Maybe don't wear that one around your Guthixian friends.

All that hard work you put into defeating a literal god will bulk up your muscles to no end, allowing you to cast Chaos Roar, a powerful new Melee ability that doubles the damage of your next hit. Combo it with other heavy hitters like the Ek-zek-kil special attack, and you'll be a force to be reckoned with.

You can earn Zamorak Reroll Tokens, known as Chaos Die Reroll Tokens, from all four of the other Elder God Wars Dungeon bosses. As a refresher, that includes Kerapac, the Arch-Glacor, Croesus and TzKal-Zuk.

You'll also get five tokens from the Twilight of the Gods quest and a further token from completing Aftermath. Lastly, you can earn 10 tokens from farming the demon invasion pre-release event. Go get 'em! 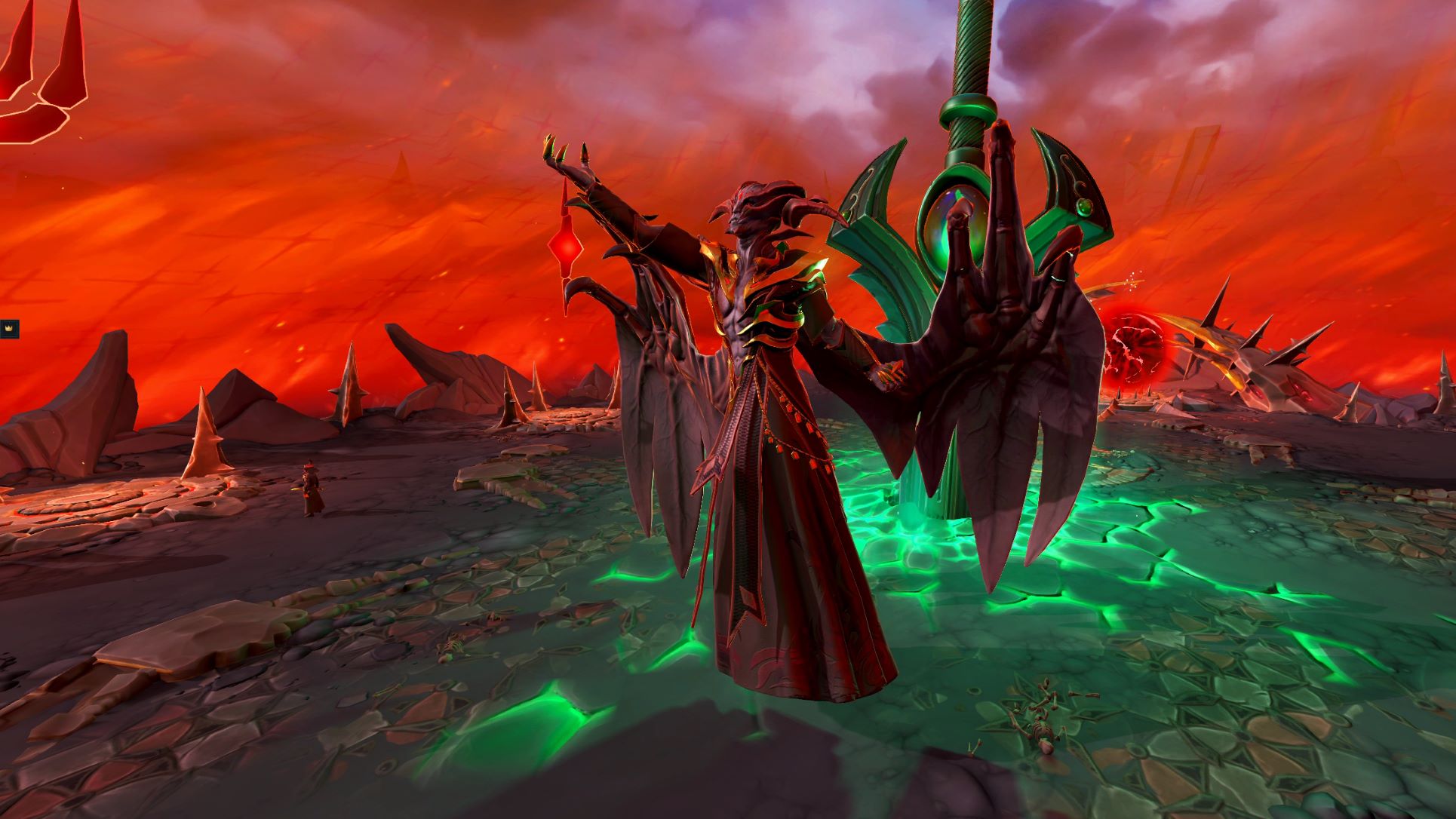