At 16:00 GMT we'll be performing essential maintenance on the Hiscores. During this time the Hiscores will be inaccessible via the website. We expect this work to be complete by 16:15 GMT.


Tomorrow at approximately 12:30 GMT the game worlds will be taken down for essential maintenance. A 30-minute countdown timer will signal the exact time this happens. We expect the downtime to be minimal (approximately 30-minutes) and we'll update this post once we have more information to share.


This week, we’re bringing you a wealth of improvements to Leagues III: Shattered Relics!


It’s been great seeing so many of you getting stuck into our third League, Shattered Relics! We’re seeing some seriously powerful Fragment and Set Effect combinations, and we’re glad you’re thoroughly enjoying the extra strategy involved this time.


We’ve also seen feedback suggesting that the few restrictions in place are too limiting, and that the best Fragments and Set Effects take too long to obtain.


We’d like to alleviate these concerns somewhat by rebalancing the Renown cost required to unlock new skills and bosses. Those of you who’ve already unlocked this stuff will have the difference refunded. By opening any Leagues interface this will be applied with the amount shown in the chatbox. Happy spending!


We’d also like to rebalance some task requirements that are not realistically achievable in the time that Shattered Relics League will be available. 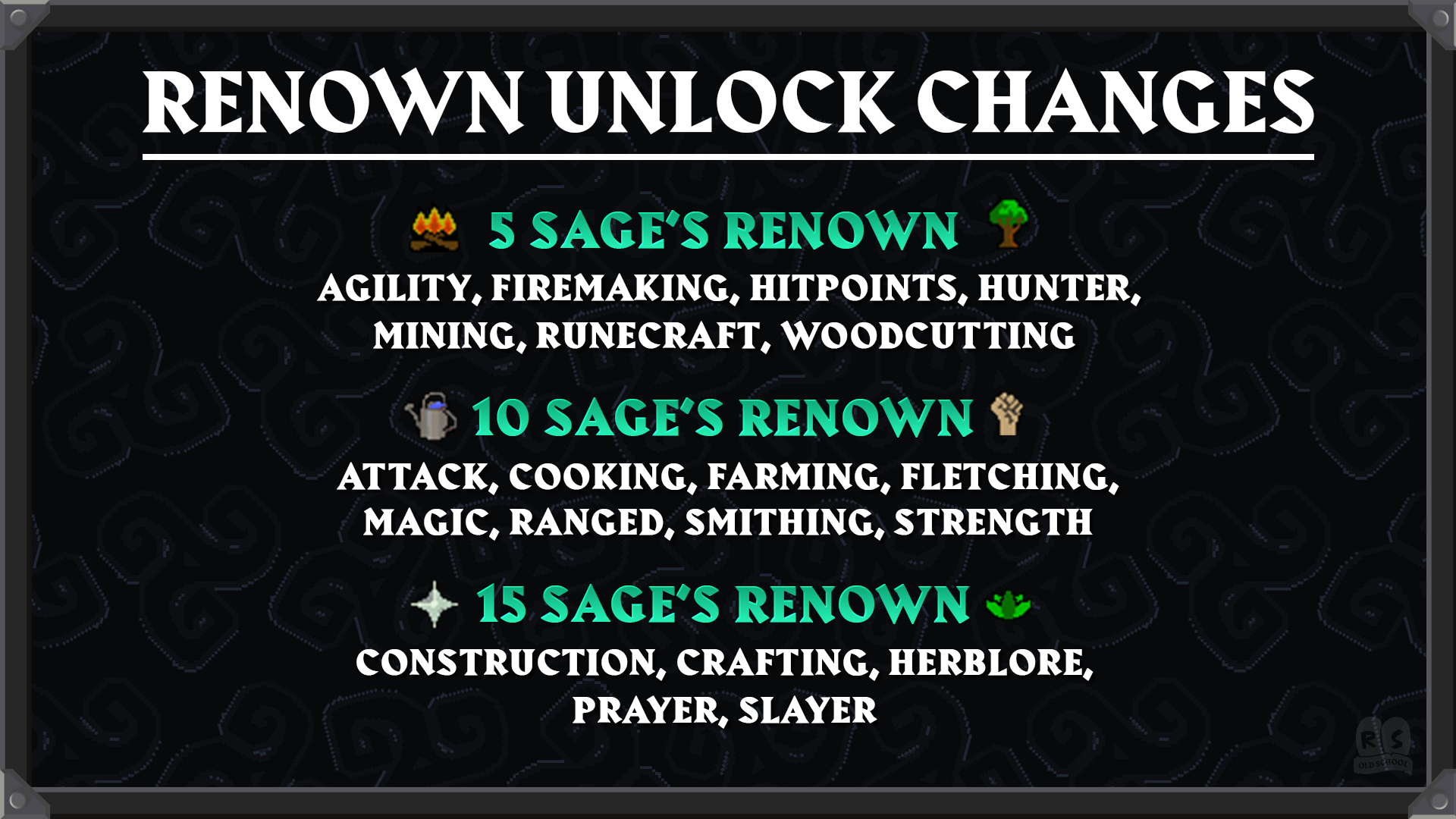 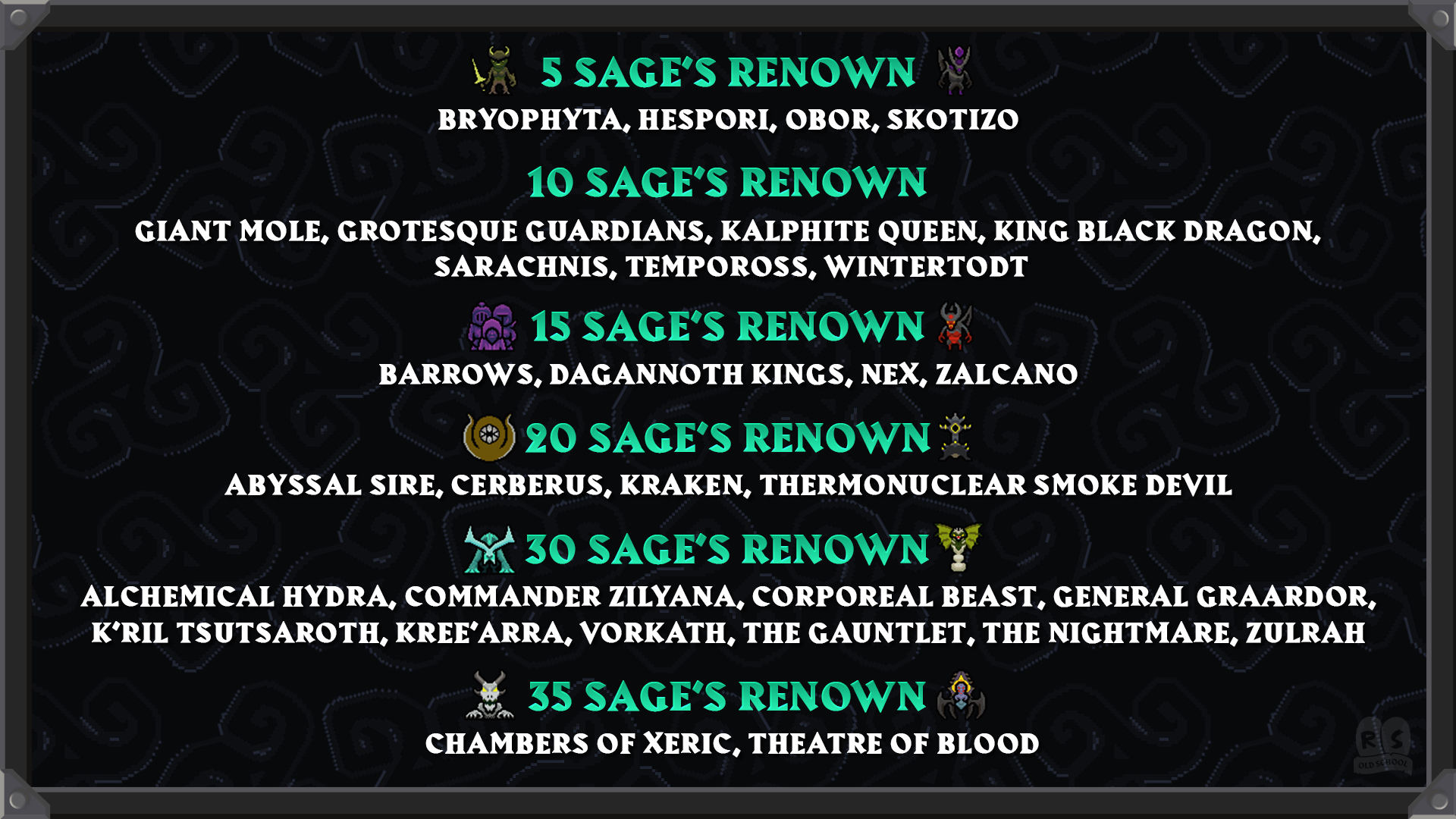 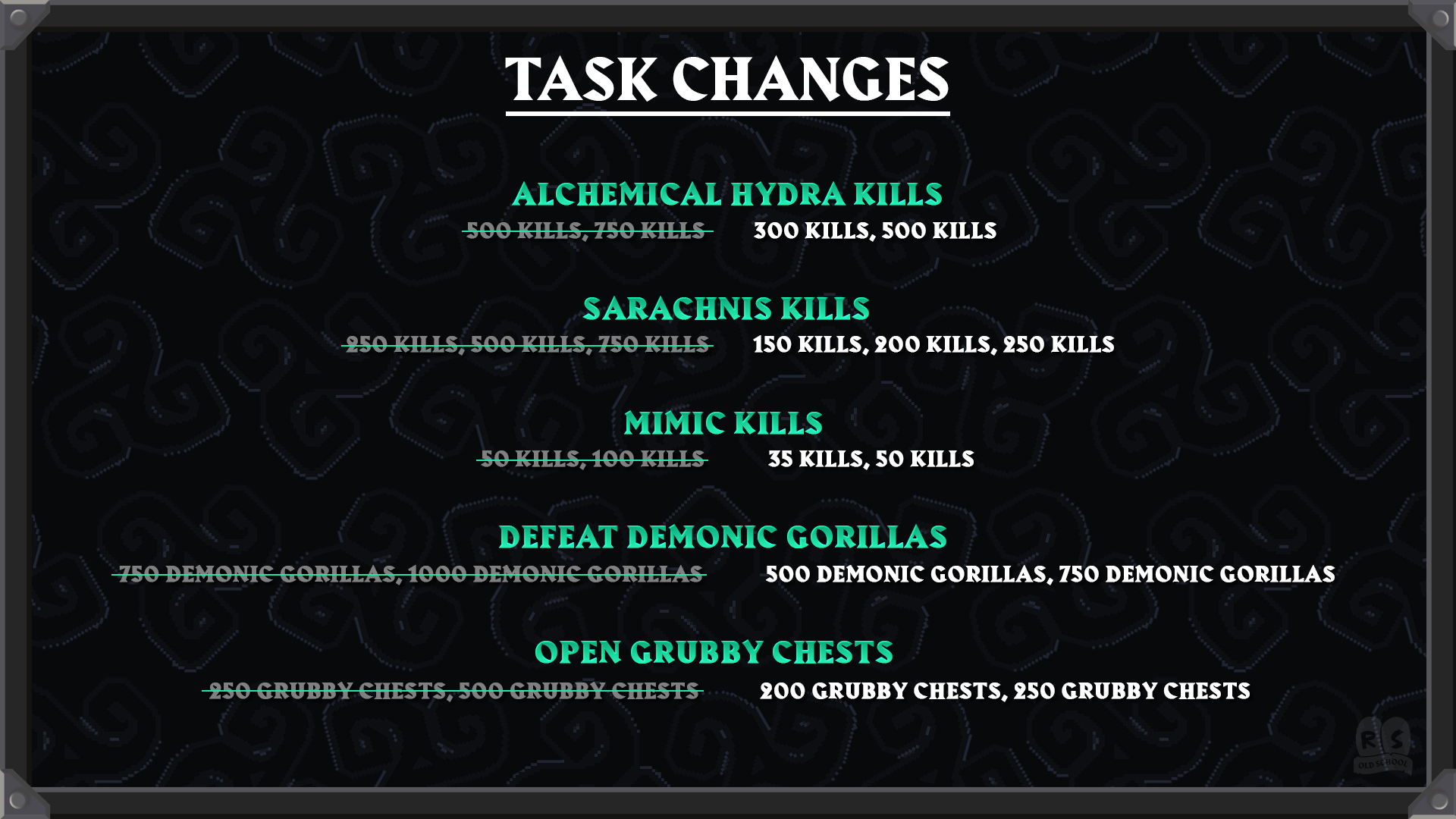 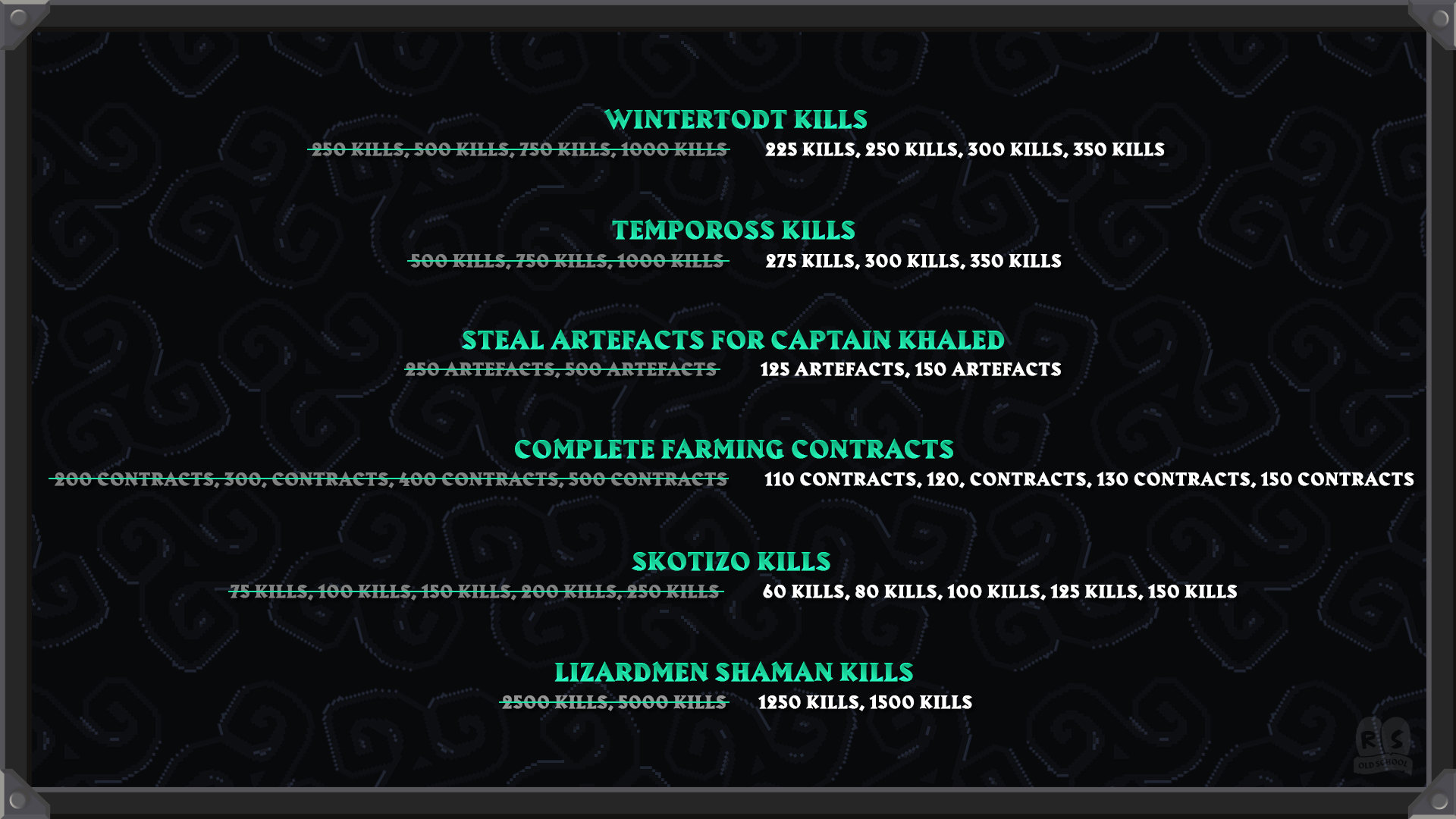 We're also adding some activities to some of the main Leagues worlds to make it easier finding people for certain content: 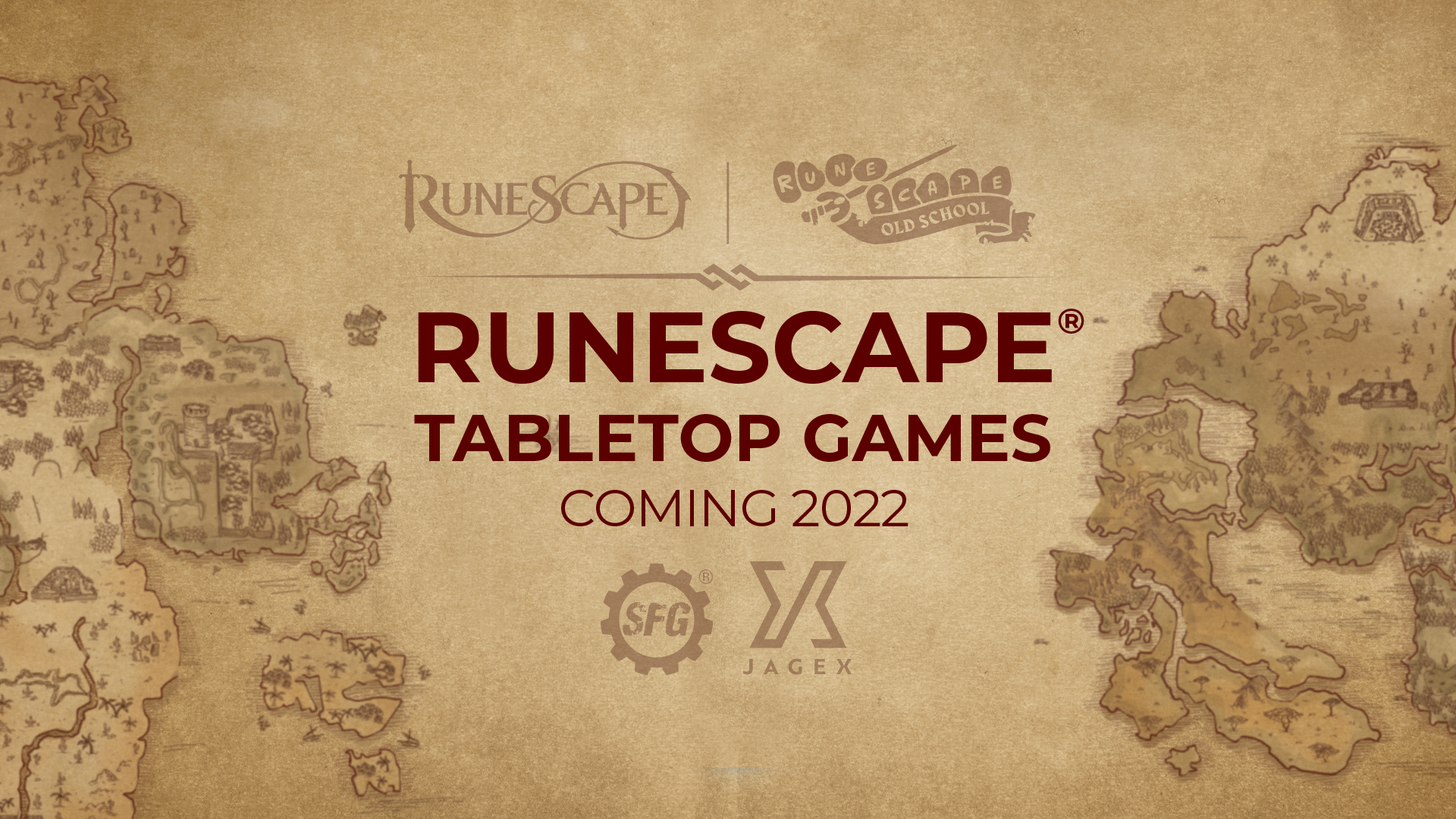 Get ready to rock and roll in the wonderful world of Gielinor! After more than 21 years of being exclusively digital, we’ve partnered with Steamforged Games to bring Gielinor to tabletops around the world!


Steamforged are creating both a board game and a core book for a tabletop roleplaying game set in Gielinor. Both games will debut in 2022 – the board game will be launched on Kickstarter, but the TTRPG will be heading straight to stores.


We know you can’t wait to start creating your own tabletop adventures – but how about shaping the games themselves? Get involved by taking part in our survey!


You’ll also get the opportunity to engage with Steamforged on Kickstarter and other dedicated community spaces throughout development. For the full announcement, invites to playtests and the latest updates you can join the dedicated mailing list on their website.


The board game will take 1-5 players on thrilling, quest-based campaigns through Gielinor. You’ll be able to craft and upgrade equipment, learn and improve your skills, cook special recipes, engage with your favourite NPCs and explore different regions, with a variety of enticing side quests to distract and entertain you on the way... oh, and did we mention the miniatures?


The TTRPG will take the form of a lavishly illustrated, hardback core rulebook containing everything you need to run a campaign in the world of RuneScape! Build your own characters, explore the lush land of Gielinor, and create your own unique and exciting quests!


Both games will draw on quests, characters and locations from across RuneScape and Old School RuneScape’s history – and the TTRPG will be fully compatible with the fifth edition of the world’s favourite roleplaying game!


Two issues relating to unique drops from Nex have been resolved. These issues were due to an oversight with the release of Shattered Relics.

Whilst these issues were fixed immediately after we became aware of them, we do regret not spotting them earlier and would like to apologise to any players who were impacted by this.