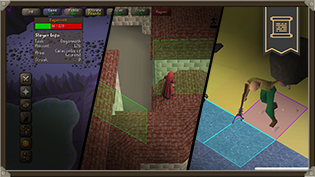 After a couple of Betas, we’re finally ready to release the newest version of the mobile client for Android and iOS devices!


It’s been an exciting process, and we hope you’ve all enjoyed getting hands-on with the latest mobile experience. Thanks to your feedback, we’ve made great progress – so thank you!


First things first; towards the end of June, the newest mobile experience will go live alongside the regular Game Update. Mobile players will need to comply with the following requirements to play:

Please be aware that these requirements are now essential – you will not be able to play Old School RuneScape on mobile, including any previous build of the game, unless your device meets them.


While the team is hard at work ensuring that we launch the smoothest build possible, we’ll include any known issues as part of that week’s game update newspost. Keep your eyes peeled!


If you have any further feedback once the newest version launches, one of the best places to let us know will be through the official Old School RuneScape Discord in the new #MobileBugs&Issues channel, which will be made available at launch.


If you didn’t get a chance to test the new launch in the recent Betas, here’s what you can expect:

But that’s not all – we also want to update you on our current plans for the C++ client.


Since our Client Features: Upcoming Testing newspost back in June of 2021, we’ve been a bit quiet on the C++ client front. For this, we can only apologise. Scheduling conflicts have meant that the work we hoped to achieve had to be pushed back so we could focus on other content.


However, with the mobile Betas out of the way and the new team structure in full swing, we can finally focus on building the new client you deserve.


So, let’s take a look at what you can expect in the near future!


The team is currently hard at work on a Clue Scroll Helper, set to launch in late July. This nifty tool will help you tackle your Clue Scrolls more efficiently, and will make those trickier clues go much smoother at every level.


We’ve even got some cheeky sneak peeks to show you! 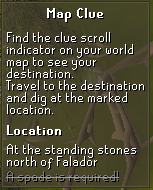 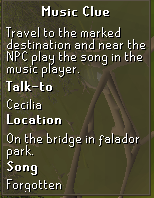 
Since we know the number of milestones we’ve hit so far isn’t quite what we envisioned, we wanted to give you a little something extra before we release Loot Improvements, so in the interim we're releasing some Activity Helpers!


We’ve already begun working on them, so here’s some of what you can expect to see in this bonus content drop:


This update includes some of the most requested features for our newest client:


Stay connected with your fellow ‘Scapers with this range of Social Tools! This includes a number of QoL improvements to your social-scaping experience, including indicators to show when your friends were last online, the ability to lookup players on the HiScores, give your friends nicknames, and the ability to use Enter for chat on mobile!


Organise your Bank in the most efficient way with Bank Tags – a nifty new way for you to find your equipment whenever you need it.


Continuing on, we’re releasing a full suite of helpers to make your Old School experience the best it can be! You’ve seen some of them already, but there are helpers dedicated to all kinds of different in-game activities, and you’ll meet a whole bunch of them in this release.

For now, discuss this update on our official forums, on the 2007Scape subreddit, the Steam forums, or the community-led OSRS Discord in the #gameupdatechannel. For reference on the above content, check out the official Old School Wiki.