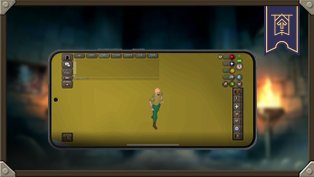 Let's check in and show you what we've been up to with the Mobile client!


In this year's Winter Summit, we mentioned a handful of upcoming Mobile changes as part of the Tech section. This blog is to show off some of the features mentioned, but that we couldn't show in the segment itself.


So it's time for a little phone break as we discuss the Mobile Top-Level Interface rework. This is something we’ve had in the works for a while – some of you have even got your hands on parts of it for testing in the past!


During the Summit we spoke about Ground Item Overlays and Loot Tracking, coming soon to both Steam and mobile. Now, we want to show you some of the other features our game client updates will enable in future!


We found that having the infamous Stones™ on both sides of the screen took up too much space, blocking your view of the game: 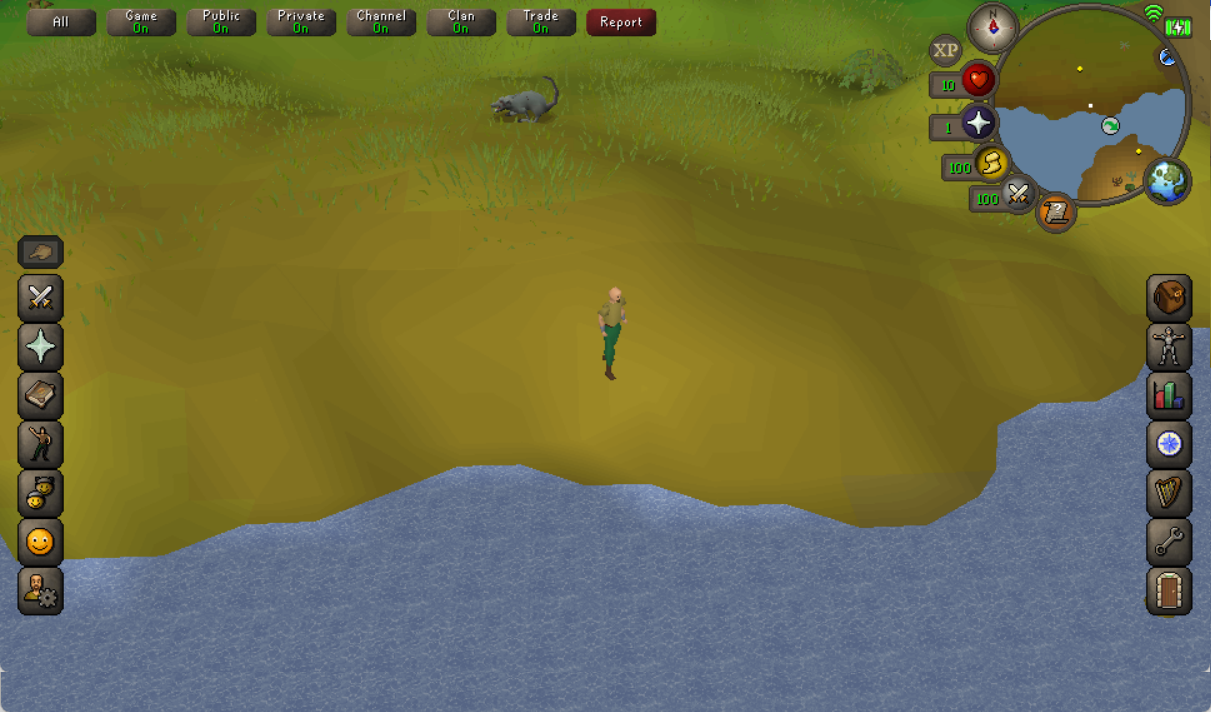 To remedy this, we’ve moved the side stones from the left-hand side to merge with the stones on the right, like this:

So much room for activities!


With all your stones in one basket, so to speak, you’ll be able to expand and hide them using the brand new ‘expand’ option, so you have even more room for new features!


If you plan on visiting Tutorial Island soon, you’ll notice that you need to tap a flashing stone to follow the steps. If it’s hidden, the Expand option will flash to show you where the option is hiding.


For those of you who like having Prayer and Magic on the left-hand side (old habits die hard, huh?) you’ll be able to access any tabs you like using the Hotkey feature, which we’ll discuss later in the blog.


Speaking of other features, we've made a whole heap of changes to the Chat Box, including adding a few new buttons!

After. So much cleaner, right?


In the spirit of clearing up the screen so you can see more of the game, we've also added a toggle that will allow you to completely hide the Chat Box, as well as its filters. If you want more space to see the messages, you can disable the filters, rather than the whole shebang, so that you have a little more space to see what's going on in chat.


We’ve also added an extra button below the Chat Filter that will open your keyboard for you – handily, it’ll also help prevent you randomly opening your keyboard when you’re trying to scroll through the chat!


You may notice that there are a few changes here - where's the report button?

Not to worry, it’s been given its own special box at the side of the chat.


You can see all the chat box updates here:


Lastly, we’ve moved the Logout button to the top left of the device, which makes the whole thing look nice and tidy!

All your actions in one convenient place!


To help make your gameplay smoother and more efficient, we've added hotkeys that can be bound to a variety of different actions! If you saw our last blog , you already know that you can find them on the left-hand side of the screen.


This should be useful for advanced players to set up shortcuts for whatever activity they're doing, but we feel that this can also benefit newer players as it can show all the different features available.


To add actions to the hotkeys, you can bring up the Hotkey Settings menu by long-pressing the expand button: 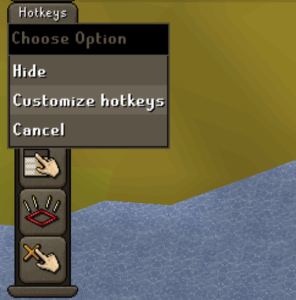 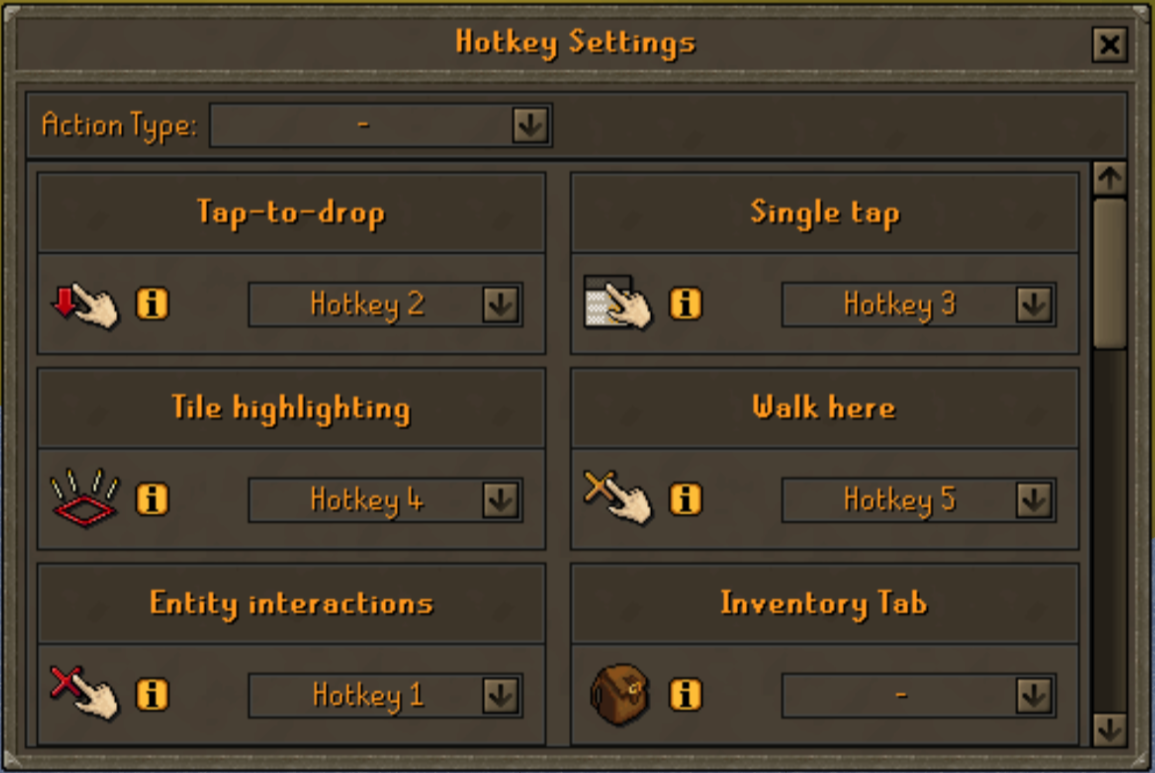 Using the dropdown menu at the top, you'll be able to filter the actions you're looking for by the following categories:


Here's a list of all the actions you'll be able to add as hotkeys:

Once more for those in the back:


If you're efficient enough without the use of hotkeys, or they're just not to your taste, you can disable them in the Controls tab of the Settings menu.


We moved the pop-out panel over to the bottom left of your device, which we think looks much neater overall! With this change, it will no longer overlap any of the right-side interfaces. It’ll now open when you press the expand button in the corner or be collapsed for your convenience. Here’s how it looks!

Look at all that extra space to see your surroundings!


When the pop-out panel is open, it may overlap anything that's open underneath it, and you won't be able to tap through the panel to interact with anything behind the panel.


We wanted the Minimap (and the surrounding orbs) to be tidier, and so we've made it happen! 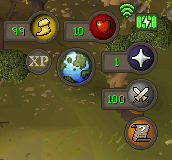 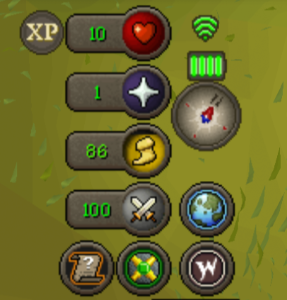 
As you can see, the collapsible Minimap has seen a few changes. We've tidied up the orbs and rearranged them to be in the same order as they are on the standard Minimap, making them less scattered.


We’ve also made it easier to minimise the Minimap in the first place!

We’ve also made some smaller changes: 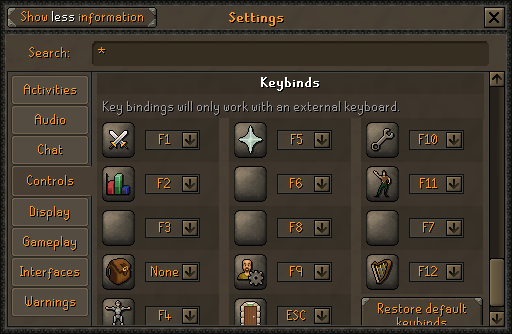 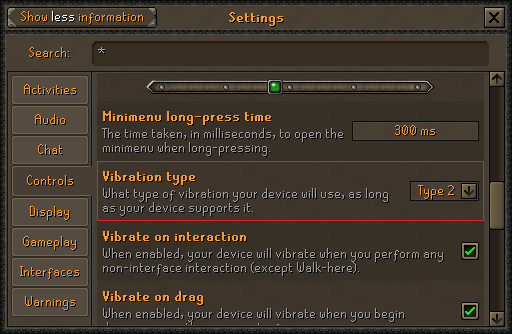 And there you have it, your on-the-go gaming is about to get a fresh lick of paint, while also making space to accommodate a whole host of new and exciting features in the future.


You can also discuss this update on our official forums, on the 2007Scape subreddit, the Steam forums, or the community-led OSRS Discord in the #gameupdate channel. For more info on the above content, check out the official Old School Wiki.