Last month's iOS beta ran for two weeks, and we're well-placed to share some insight into how we felt it went. We'll show some small changes we're making to the #OSRSMobile game itself. Perhaps more importantly, we announce the beginning of the Android 'Always On' beta test.

A regularly-updated FAQ for all #OSRSMobile queries can be found at https://www.runescape.com/oldschool/mobile/mobile-faq. If you have any questions we'd recommend you consult that page. Should any questions remain unanswered you can join the discussion via #OSRSMobile on Twitter, or use the title 'Android Beta' on Reddit.

Thursday 10th May will see the Android beta go 'Always On'. By this we mean that we do not envisage a specific end date. If we're convinced by the stability of the build then we'll continue to invite more players to the beta.

Those initially invited will have received an inbox message today. You'll then receive another inbox message and an email on Thursday 10th May, which is when the beta will begin. Today's inbox message will contain instructions on how to prepare for the beta going live. Thursday's messaging will contain a link to the Old School RuneScape application on the Play Store.

Please note that you may not receive the email: if you've opted out of receiving communications from us via your Email & Comms Preferences in your Account Settings, if your email provider filters communications from us (please see the Not Receiving Emails support article, or if you've accidentlly typo'ed your email address. Where possible we have manually amended typo'ed email suffixes (everything to the right of the @ symbol). Finally, it's entirely possible that you're checking a different email from the one you first signed up with.

We regret to announce that we won't be facilitating any requests for reminders or changes to either the email addresses or the RuneScape accounts with which you can access the beta. There simply just isn't scope to do this for so many individuals.

April saw 5,431 players get their hands on the #OSRSMobile iOS beta for two weeks. Players were particularly impressed with how smooth gameplay felt, and the very low amount of data usage. There are still some interface issues we need to iron out, with the spellbook in particular being mentioned in feedback. We have lots to work with, and have already implemented a number of changes (see the section below).

Undoubtedly there'll be questions asking what's next for iOS. As it stands we're in a position to turn the Android 'Always On' because of the Play Store's review policy. Unfortunately we aren't able to turn the iOS build 'Always On' because Apple require a 2 day review process. Long-term we are confident that we have a solution to this, but this isn't yet in place. This means that every update would see the iOS build become unavailable until our submission for review has been approved. We'll continue to share more iOS news and dates as and when we can.

Since the end of the iOS beta we've made the following changes: 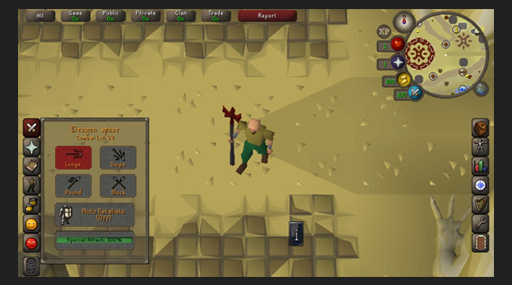 An example of the recently resized Special attack bar. 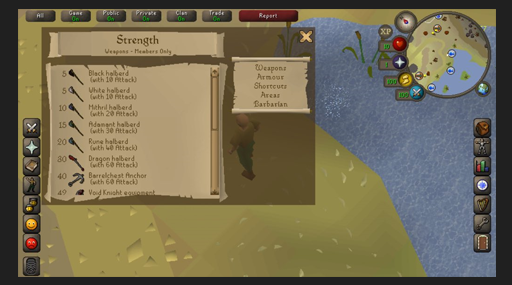 No other interface is open, so the Skill guide interface appears in the top left.

Both the chat menu and the Stats menu are open, so the Skill guide now opens to the bottom left. 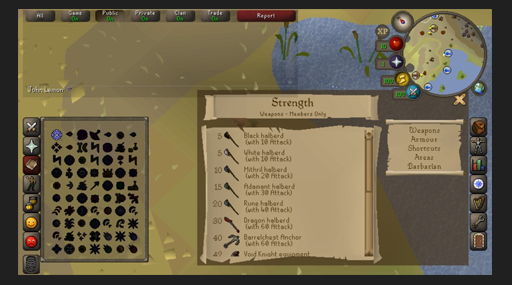 Both the chat menu and the Magic menu are open, so the Skill guide now opens to the bottom right. 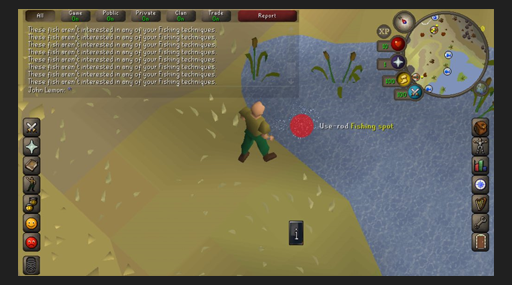 The red circle appears since the player is interacting with the fishing location. 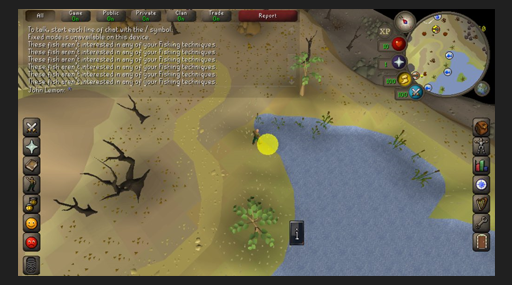 The yellow circle appears since the player isn't interacting with anything other than a map tile.

For those of you without an invite, don't despair! We're keen to get it into the hands of more players as soon as we are able. What more would you like from these update blogs? Join the discussion via #OSRSMobile on Twitter, or use the title 'Android Beta' on Reddit.