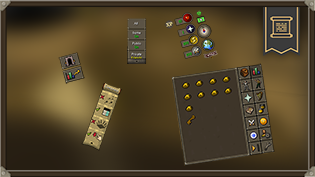 If you haven't been living under a rock crab for the past year or so, you'll know all about our plans to upgrade the existing client towards a newer, shinier C++ version! We've already released the new client on Steam and various mobile betas for iOS and Android devices. It's been a whirl of a time so far!


We're really pleased with the progress we've made and the feedback we've received from you all, too. Along with allowing us to deliver more features that we know you want in-game, the C++ Client offers players superior memory capacity, improving FPS rates and stability on mobile. Of course, device capabilities can vary, but the initial feedback on this area from our mobile playtesters sounds promising!


New features that we've already brought to mobile through various betas include:

Back in June we spoke about our client milestones. Behind the scenes, our focus so far has been all about working with our wonderful playtesters to perfect the existing features and squash any bugs. We've gathered valuable feedback from the betas about what future features mean the most to players, and this has helped inform our plans. You can expect some updated milestones next month.


However, today we'd like to talk to you about the Mobile User Interface (UI). A game's UI is always important, but it's even more critical on mobile because of the tight space you are working with. The majority of our playtesters told us that they want to see more features in the new client, too, and the UI presents a good opportunity for this.


As work increases on the C++ Client on mobile, we've realised that the mobile UI needs to receive some tweaks to free up space for new features, but without feeling cluttered or clunky.


Our mobile UI proposals aim to:

As always though, we need your feedback, so let's get into it!


Here are some of our findings from both the iOS and Android Betas:

We already have a broad idea of the sorts of features you're after, and have data to back this up! 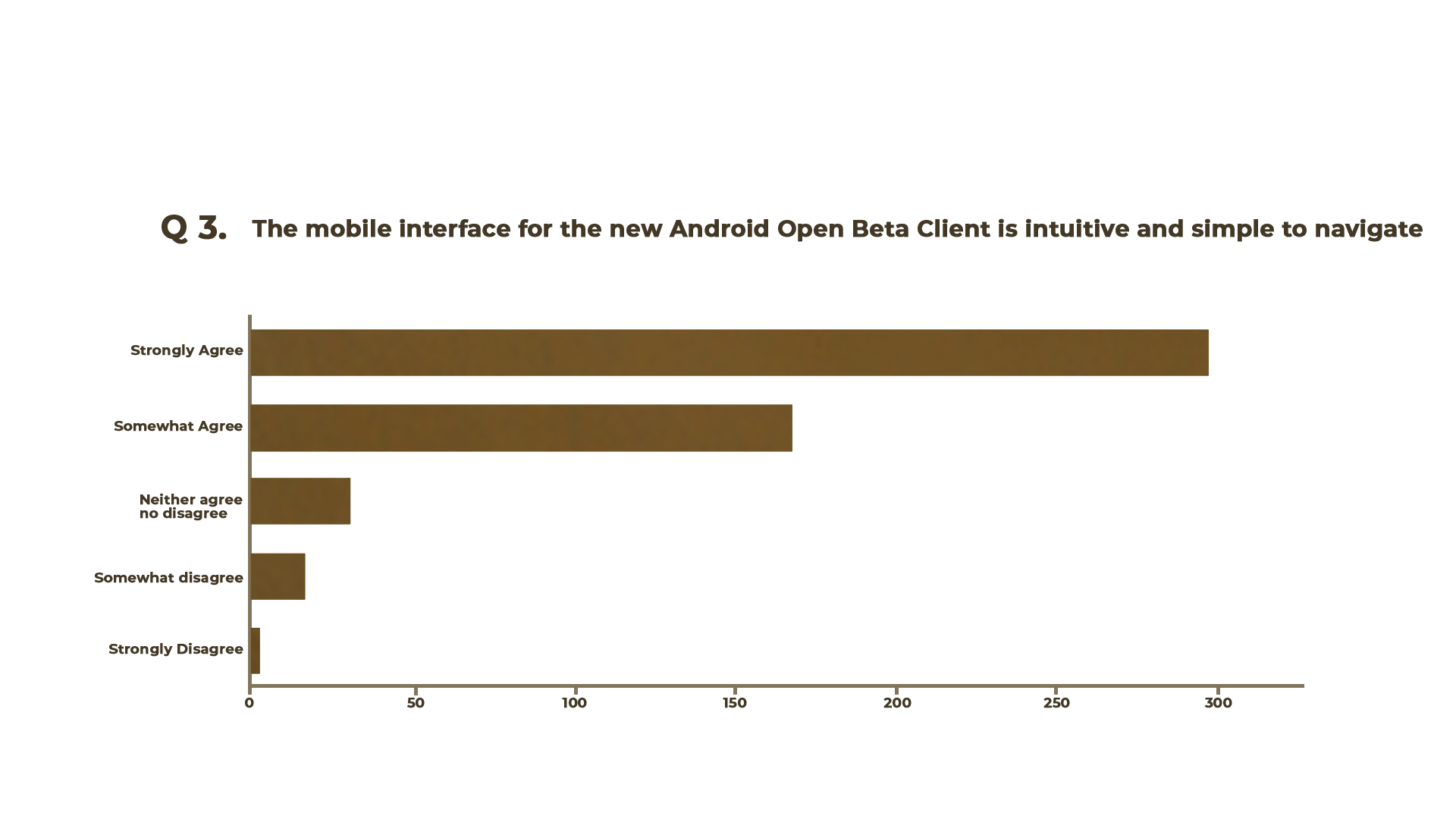 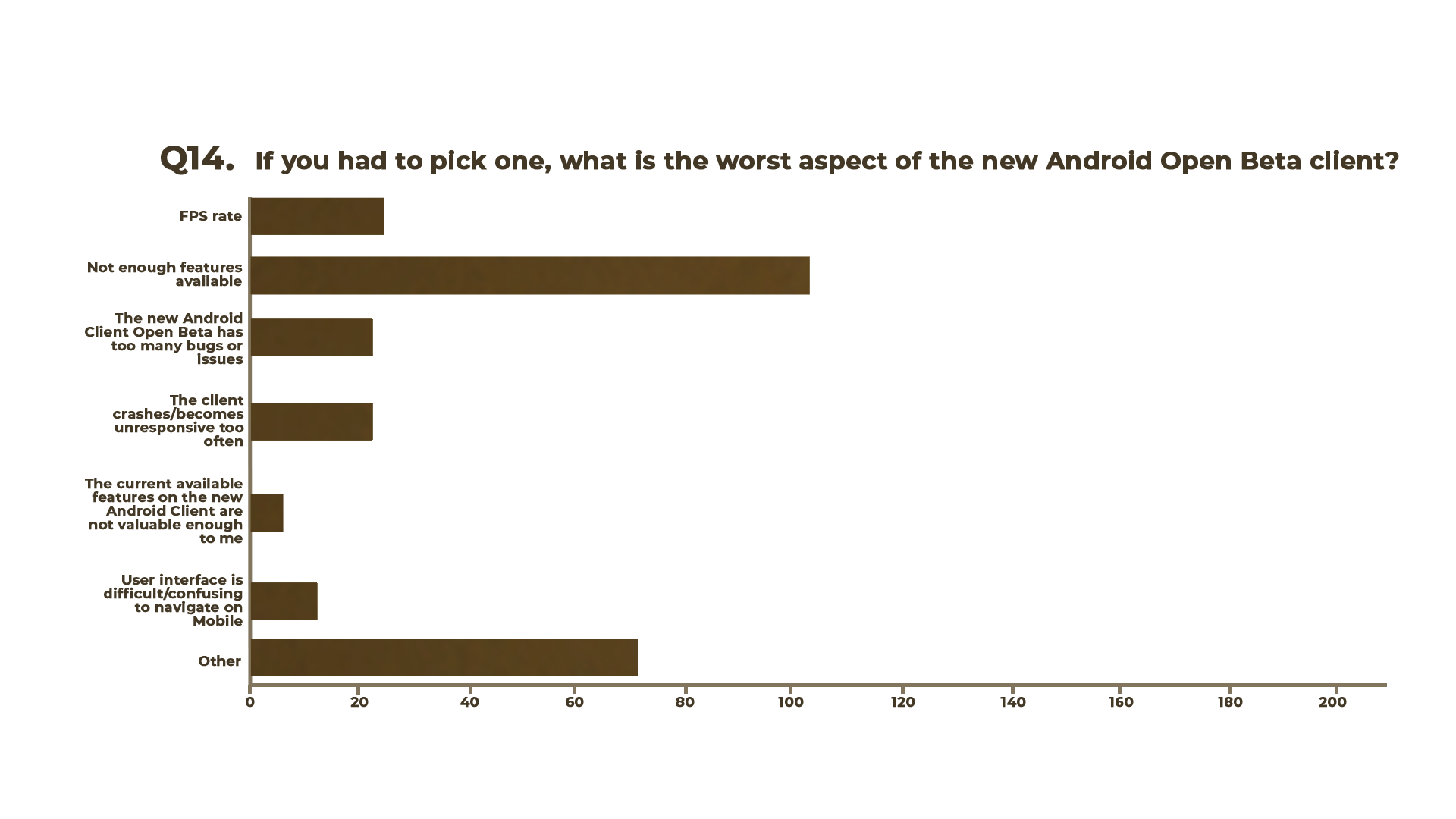 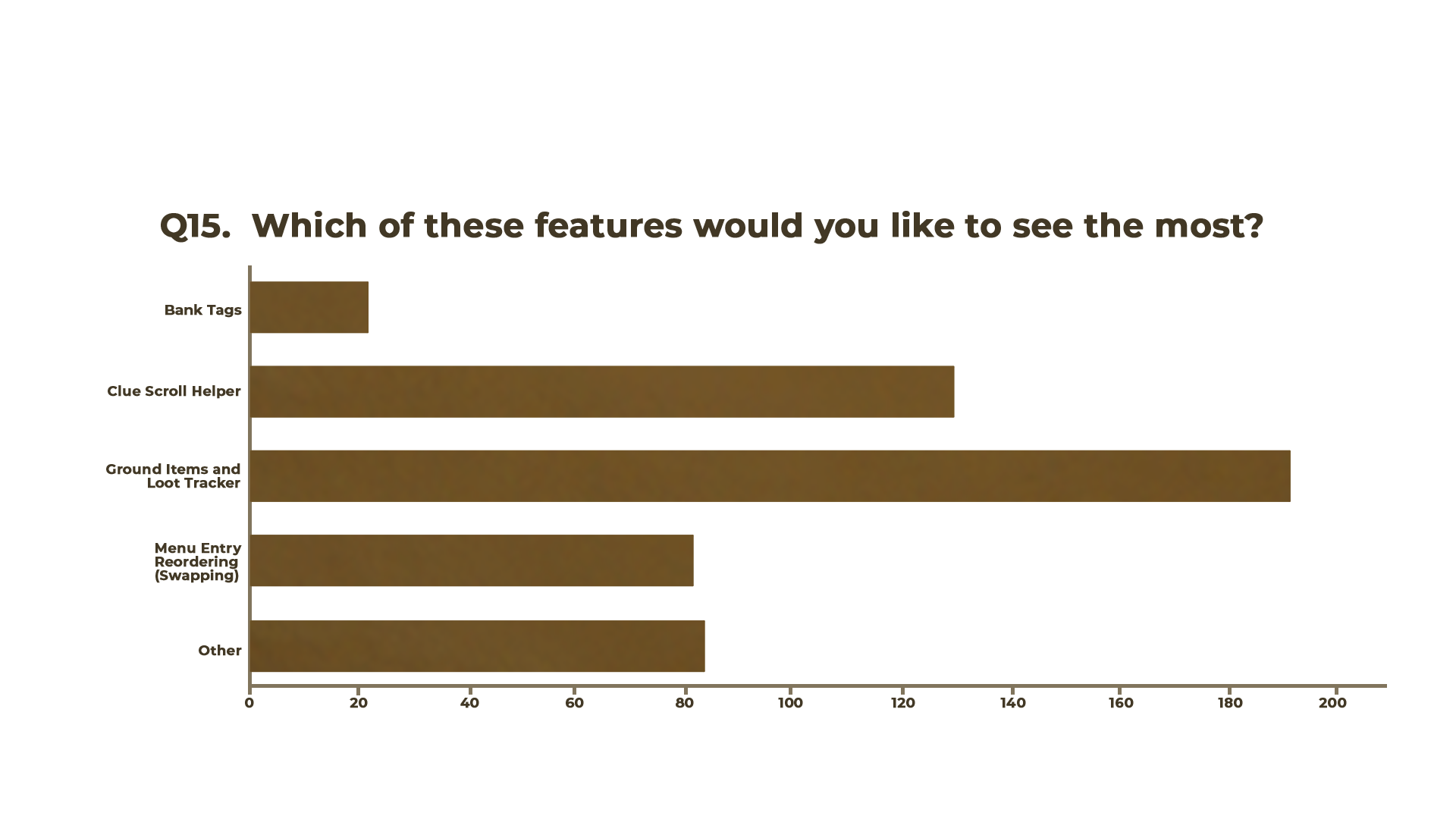 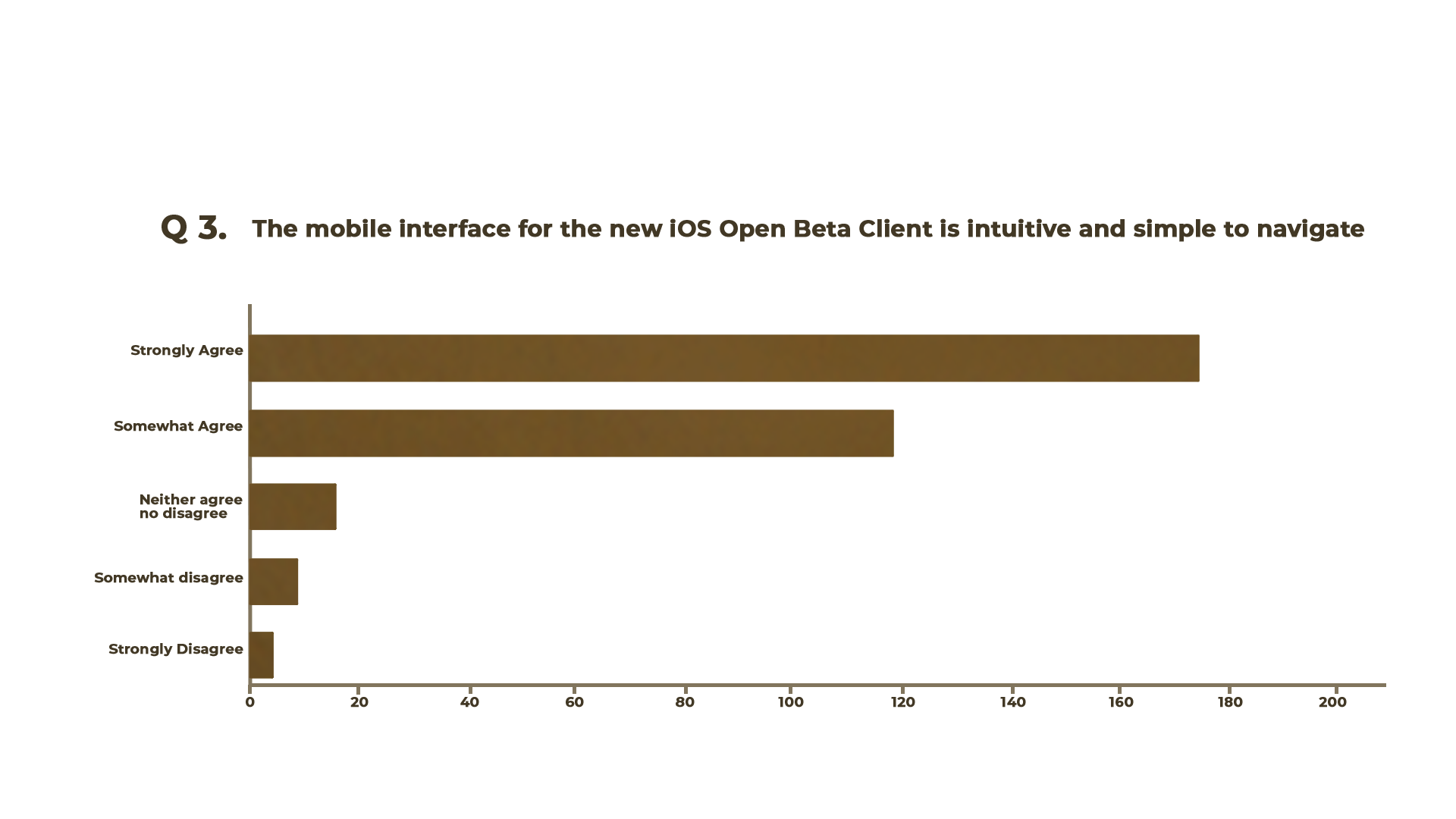 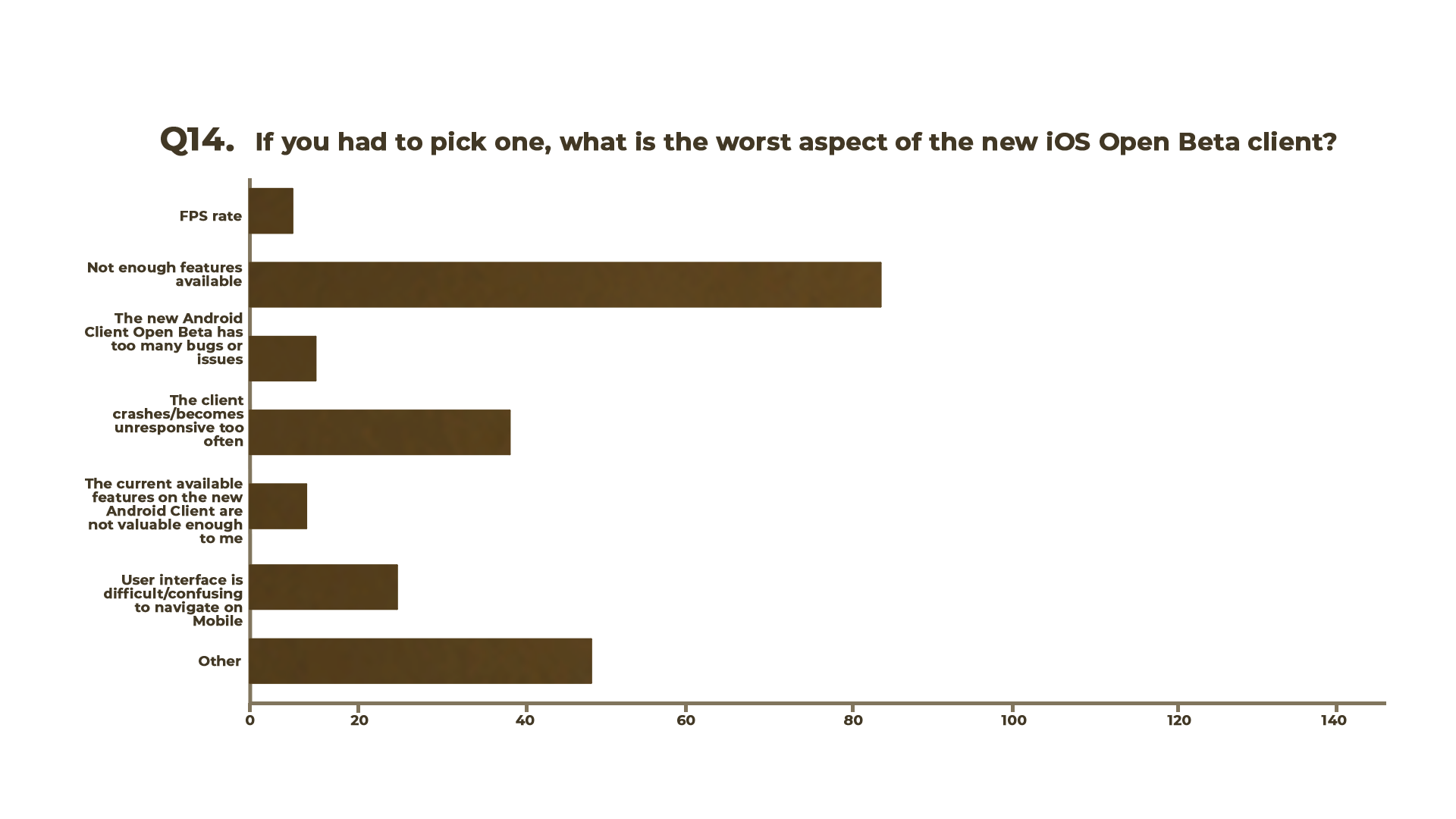 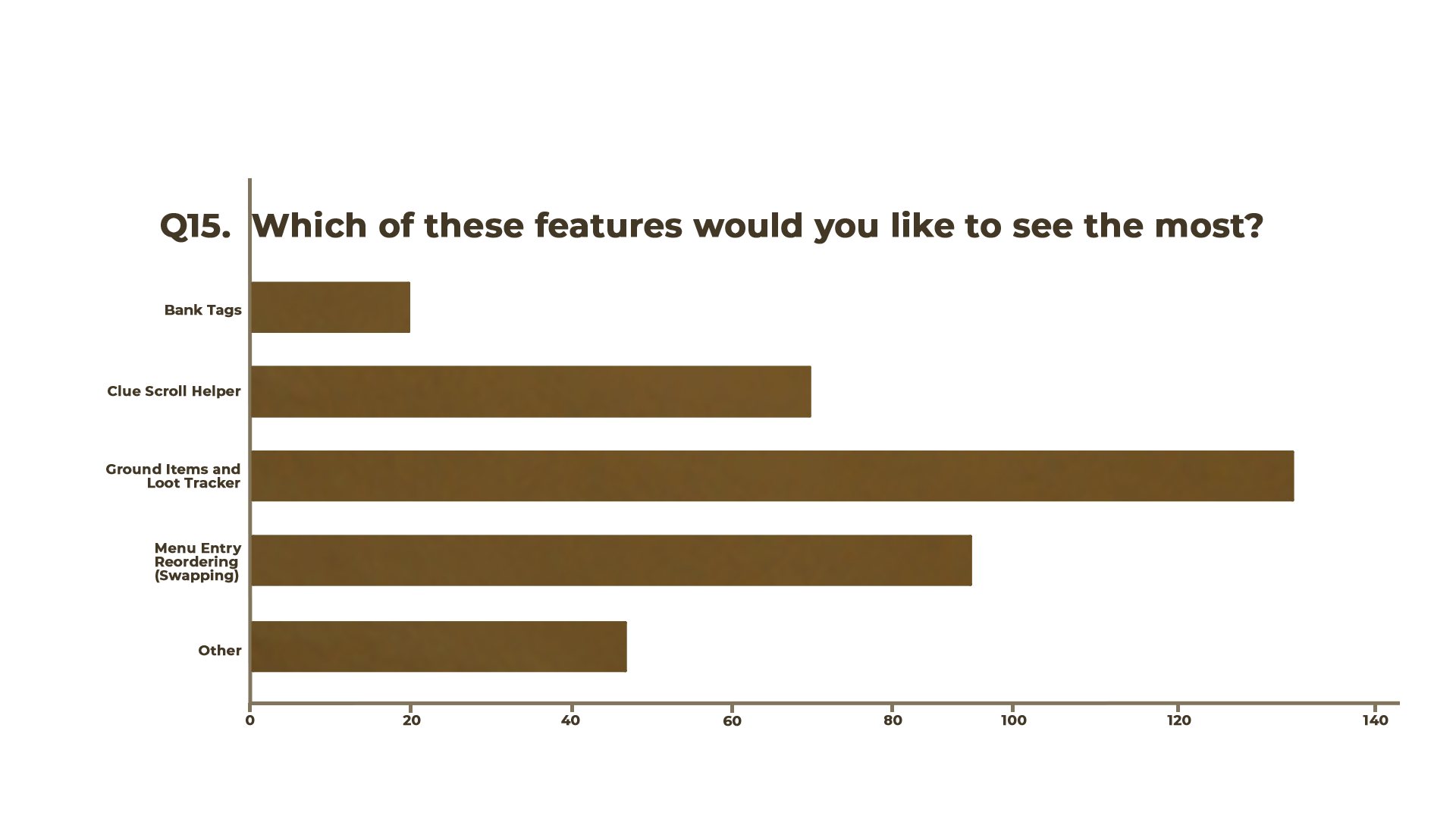 Many of our mobile playtesters expressed a preference for 'afk' training activities on mobile due to various reasons:

We want the mobile experience to be just as good as the desktop one, so here's what we're planning to introduce.


A picture is always worth a thousand words, right? 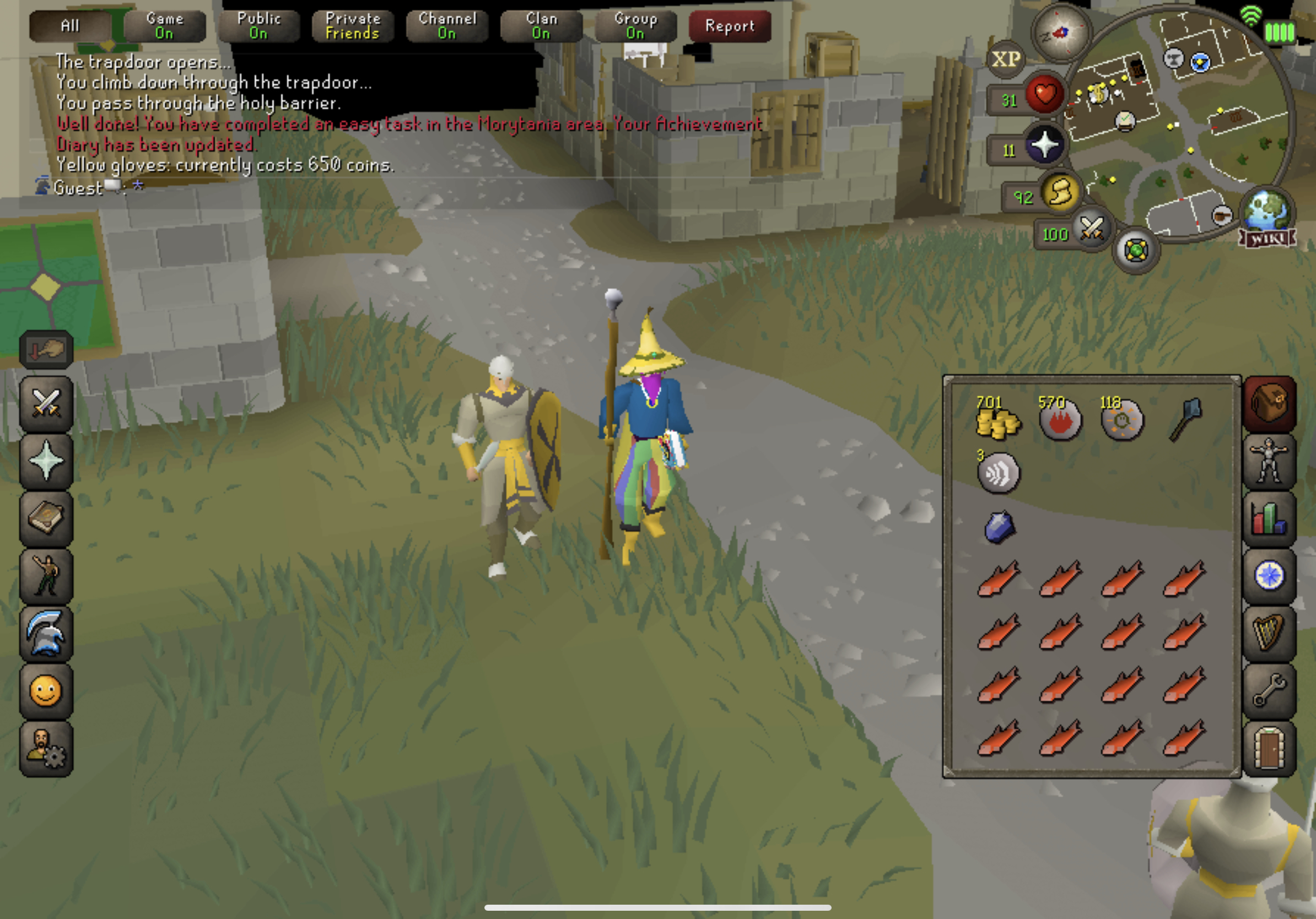 
There are a lot of smaller changes unpack here, so let us explain.


The side panels on the left have been moved, and the right-hand side now has two columns of stones (a 'main' and 'secondary' column). The latter will be hidden by default and can be revealed by pressing the new 'Expand' stone (which moves the 'main' column and side panel slightly to the left).


The main reasons for this are:


The Function Button has been removed and replaced with a 'controls' element - this is probably the most noticeable change.


This button is essentially a dropdown that offers more control flexibility of controls and quick access. We think this will improve mobile gaming in some combat encounters and allow for higher efficiency training methods.


From top-to-bottom, the toggles are:

More quick-settings could be added to this menu in the future, such as a metronome toggle, or a toggle to show/hide ground items.


The open-keyboard and single-tap-mode functionality of the function button have been removed because data shows they are rarely used. plus, the new long-press time setting reduces the desire for a single-tap mode.


And that's your lot! So, what do you think?

If you have further questions or are unclear about any of the changes listed above, don't worry! We'll be answering your questions and responding to your feedback on our next Twitch livestream on the 26th May!


We've created a survey for you to fill out on some of the possible changes listed here. Please let us know what you think and ensure you fill out this survey to let us know if we're on the right track!

You can also get involved in the discussion on the Old School RuneScape Discord, the r/2007scape subreddit, or the official RuneScape forums.