Quality of Life Improvements This week we release some of the updates polled in the "Old School Content Poll #58: More QoL and a Quest". There's also your usual round of bug fixes and tweaks.

iOS Beta
On Tuesday we invited 5,431 players to the iOS beta. In case you missed the detail behind the process, you can read more in this news post. The beta period opens at 2pm BST on Friday 13th April, and closes with the game update on Thursday 19th April. There's a few mobile only changes coming with this week's game update such as a mobile controls tutorial, the left-click bank withdraw and shop buying/selling system and some keyboard changes. We're constantly discovering more areas of the game which would benefit from improvements to make the mobile experience better, of which you can find more about in the OSRS Mobile: Android results and iOS beta blog.

QoL Improvements
The Morytania legs and Ardougne Cloak now have right click teleports to specific locations when used in your inventory.

Player Moderator chat will no longer filter through public chat when it's turned "off". You may now commune with the undead chicken on all Ava's devices to ask it to stop gathering junk whilst it's worn, rather than just within the inventory. This also applies to similar items that act like an Ava's device, such as the Ranging cape. Unfortunately however, this will not include the standard max cape, as we have run out of space for additional options on there. 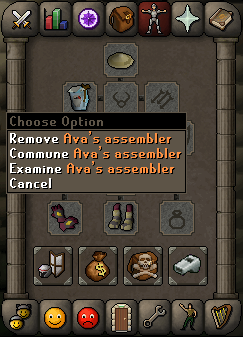 The hourglass overlay found in Pyramid Plunder is no more. It has been removed. The bar indicating how long you have left still remains. 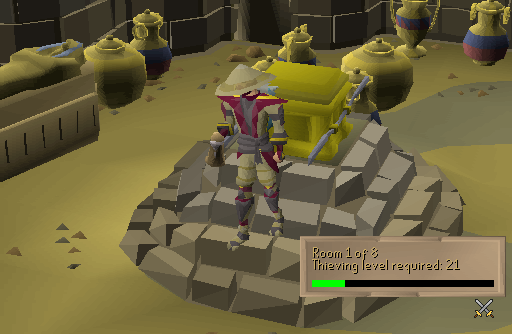 The XP gained from selling Curved and Long bones to Barlak (the Dorgesh-Kaan cave goblin) has been increased to three times their previous amount. Curved bones will now grant 6750 Construction experience and Long bones will grant 4500 Construction experience when handed in. The Feldip Hills Glider pilot has passed his flight safety course! He now has a left click "Glider" option like all other pilots.