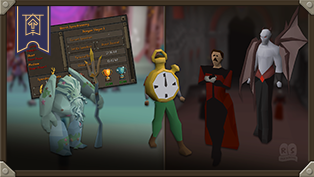 Set your running shoes to max speed as we race towards more Quest Speedrunning challenges, along with the final changes from Poll 77.

Read on for more details! 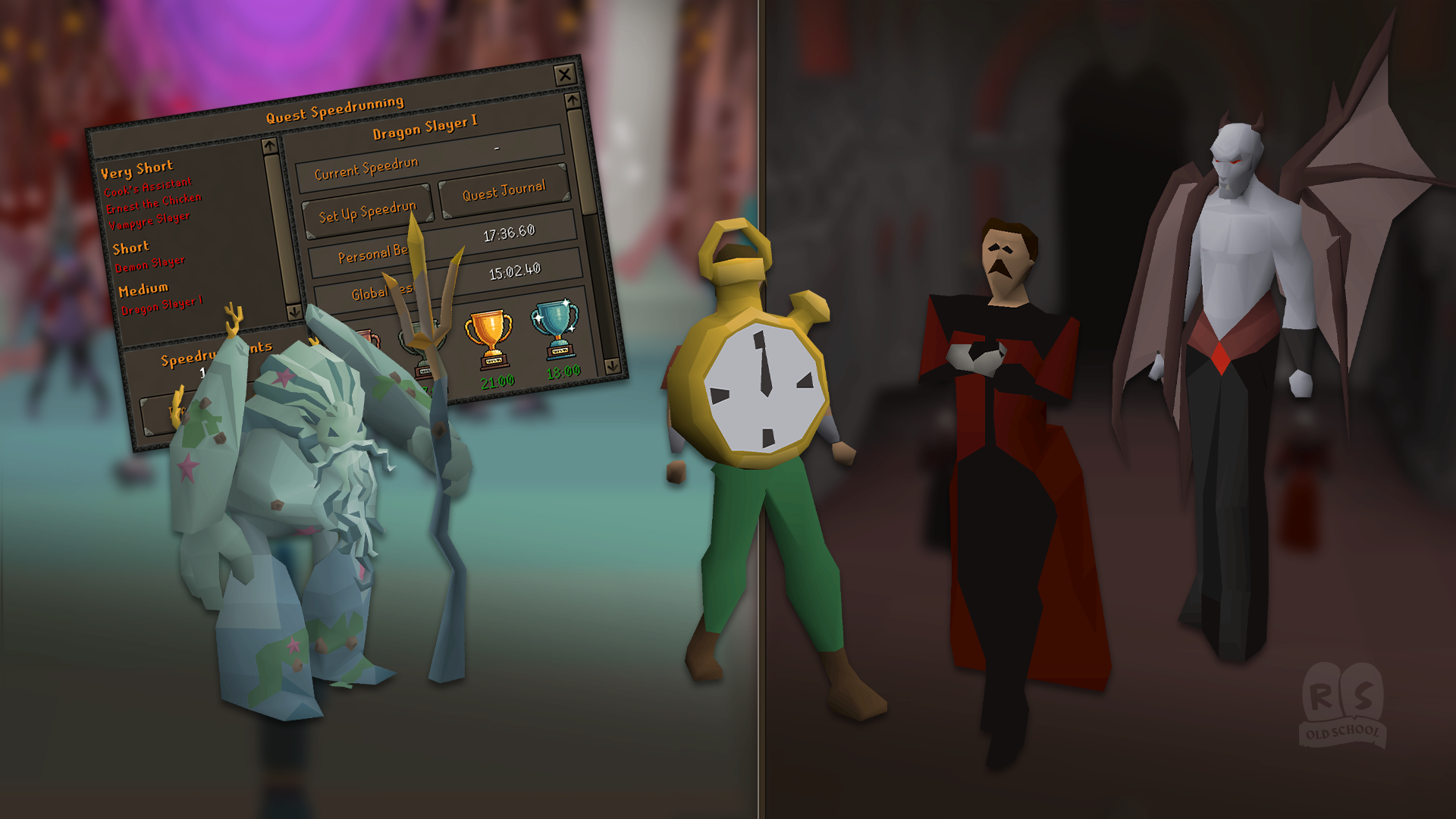 Get ready to put your pedal to the metal with some red-hot new Quest Speedrunning options!


A Taste of Hope and Sins of The Father are coming out of Beta - woohoo! Here’s what you need to know:

And thanks to your feedback, we've slightly tweaked the trophy times for Beneath Cursed Sands!

We’re also launching Betas for two further quests, Below Ice Mountain and Temple of the Eye, so you can give us your feedback before they launch in the new year!


You won’t need to jump into any beta worlds this time – you’ll be able to test them from any regular Quest Speedrunning world! Remember, though, that these beta quests won’t give you trophies or set best times.


For those of you that want to know more about the testing phase, here are the current stats:

Last up, we’ve fixed the issue that was preventing items dropped due to Inventory overflow from being deleted when starting a new speedrun.


Just like the previous newspost, we’d like to give a big shoutout to the speedrunning community for all their help! If you’re looking for more information about where to start or just regular, friendly advice, check out the resources below:

And here we are, at the end of Poll 77! This batch of updates brings the latest Quality of Life poll to a close, but you should know that we are already discussing what's next, so you won’t have to wait too long to vote on Poll 78!


For now though, here's what's changing this week.


Scared of the Abyss? We’ve got you covered – you can now earn Essence Pouches at Guardians of the Rift! This is a moderately harder way to get your Pouches, with a 15/140 chance for one each time you claim a prize from the Rewards Guardian. Note that you’ll be unable to obtain a Pouch you already have, and if you are lucky enough to have them, the loot table rates will not be changed. As a cheeky bonus, each of the Pouches will now give you some free Essence to start you off!


Speaking of Essence Pouches, Cordelia is now able to repair them at Guardians of the Rift. Hand her 25 pearls to unlock the repair option, and she’ll charge just one pearl per repair – a real bargain, if you ask us! Especially considering she doesn’t even repair the Pouches herself and gets the poor Dark Mage to do it for free.


PvPers and Wilderness enthusiasts alike will be happy to know that they can now choose the default destination on the deep Wilderness lever – provided they’ve completed the relevant diary, of course. The option can be found in the Settings menu or on the lever itself. As always, do double-check what you’re clicking before you go around poking innocent lever cosplayers.

In Case You Missed It


Don't miss out on this week's Winter Summit! Join us on Saturday, December 10th at 20:00 GMT / 15:00 EST / 12:00 PT on the Old School RuneScape Twitch channel. We've got a great show in store, and you won't want to miss out, so cancel any other plans and get the Winter Summit in your diary!


Come on in from the cold and get nice and cosy with your hosts, Mods Ayiza and Kieren. They'll be joined by an array of other Old School J-Mods to give you the very first look at the great content awaiting you in early 2023! 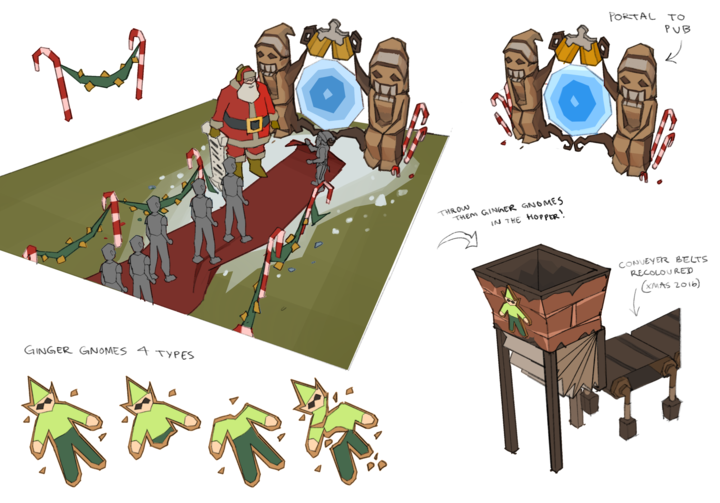 For our very last Game Update of the year, we're going out with a festive cheer as the latest Christmas event jingles all the way into Old School RuneScape!


An especially merry dwarf from the Dwarven Mines is trying to get access to Santa's famous pub (he heard there's a free bar) but its only open to those who prove themselves in The Festive Games. Can you and your new mate come out of the trials victorious?


Just to let you know, our final update will take place on Tuesday, December 13th at the usual time of 11:30 GMT. You can find out more in next week's game update newspost!


Hear ye, hear ye! This is a reminder that the latest recommended Christmas shipping date for those of you outside the UK is December 9th. Make sure you place your orders at the Merch Store today for the best chance of getting your gifts in time. 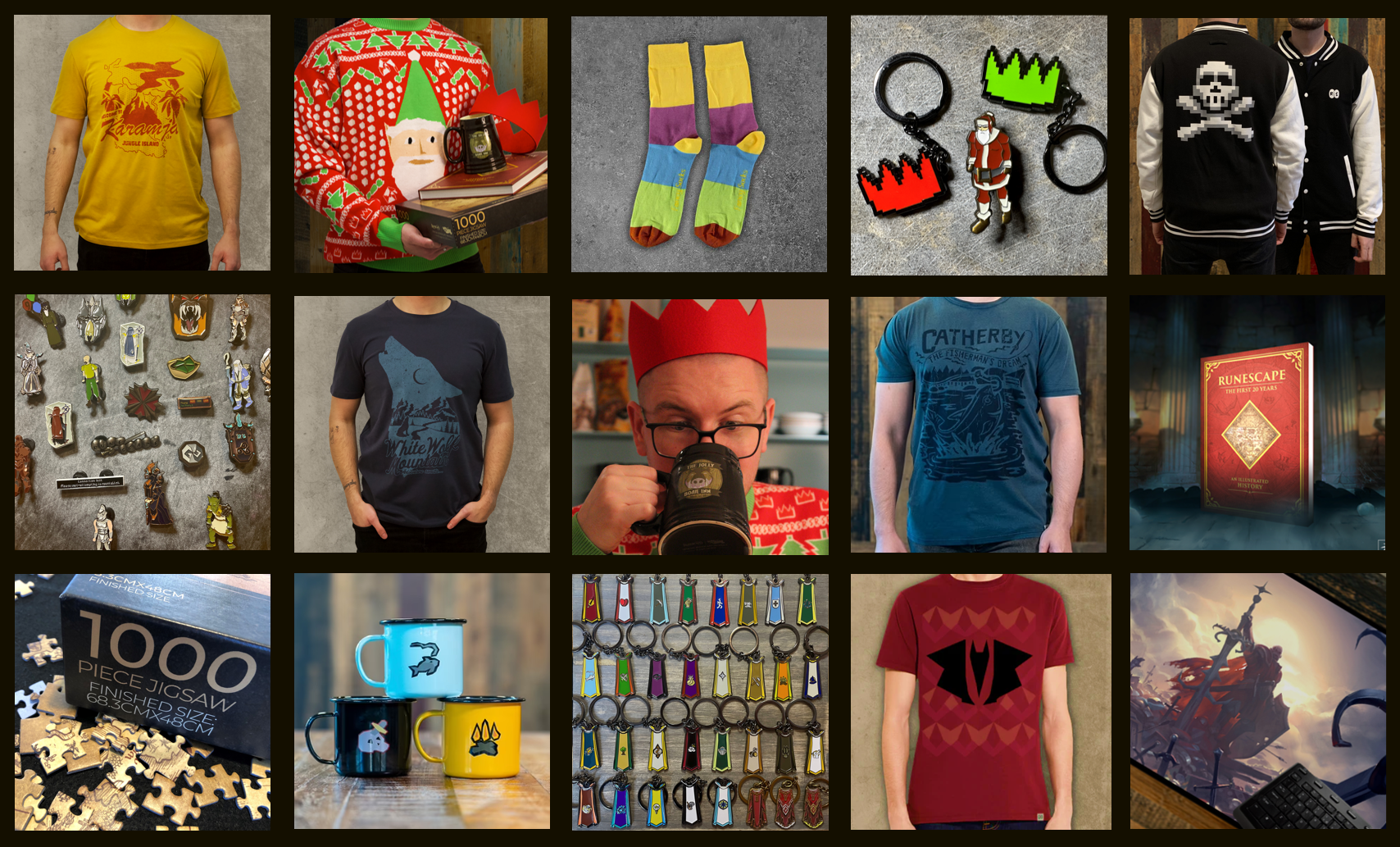 Treat yourself to one of these popular lines – or make sure your nearest and dearest know what you want from Santa this year!