Settings Rework and the last of Poll 73

This week sees the final changes from Poll #73!

Settings Rework and the last of Poll #73

Isn’t it kind of weird that certain Slayer Masters won’t associate with you even after you’ve proved yourself to be an expert? Not anymore! Once you’ve reached 99 Slayer you can now show your Skill Cape to any Slayer Master and prove yourself worthy of receiving tasks regardless of your Combat level. 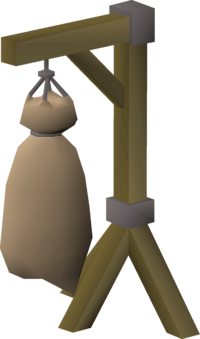 
The main draw of your new punching bag is that it allows you to test the maximum hit of weapons that deal extra damage. For example:


Should you have stuffed versions of the heads in question, that will also work.


Once you’ve upgraded to the Ornate Undead Combat Dummy and unlocked a few different versions, you can switch between them at any time using the right-click menu.

Sure, digging up the preserved remains of long-dead beasties is great fun, but after a while regular fossils just aren’t as useful as their rare counterparts. In light of this, you’ll be able to ask Peter (who’s panning near the camp on Fossil Island) to toggle off small to large drops, so you’ll only find rare fossils. Of course, should you feel a bit guilty about messing with the laws of geology, he’ll also be able to turn those drops on again.


You can also now store up to 510 fossils inside your Fossil Storage Crate.

Now that Old School RuneScape is getting bigger and more complicated, we're adding more and more settings with every update - and we realise that this can get a bit unwieldy! To fix the issue, the Settings menu has been given a total overhaul. We've also added a helpful Search Bar to help you track down whichever toggle, button, or slider you're looking for. 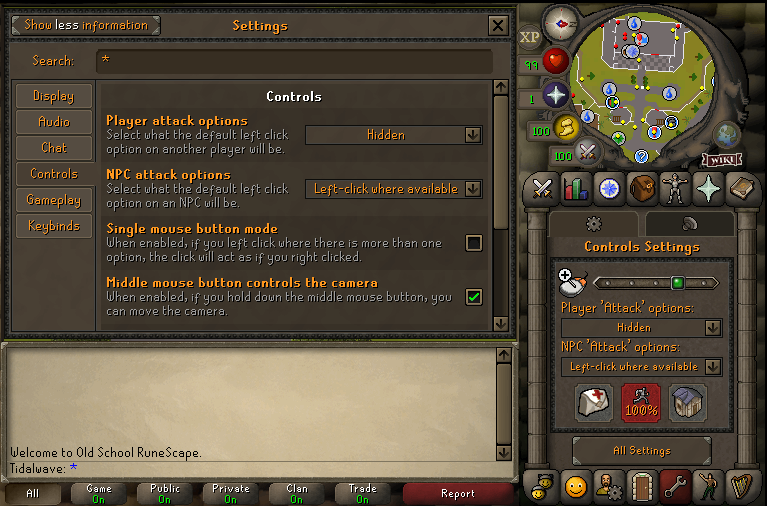 This is a change that we're really excited for. There have been occasions in the past where we've been wary of adding new settings because of the limited space available, and we often struggle to add options in places that make sense to newer players. As we continue to add new gameplay and display settings we need the freedom offered by the reworked menu to add these settings with greater ease and better clarity.


Since this change is integral to the future of Old School RuneScape, it will not be polled - however, as always, we'd love to hear your feedback on how it might be improved, and we welcome suggestions for similar updates.


As you might remember from Yrsa's Shoe Shop, we've been making changes to some of the older menus in the game to merge their legacy code with the game engine's newer menu format. These are pretty subtle changes, but there are a couple more noticeable ones in this week's batch.


The XP Reward interface used by the Genie Lamp and various Tomes of Knowledge is now more responsive, and the buttons are spread out for better usability. Genie-us!


In addition, the Trouble Brewing Supplies Table menu now includes 'Take-5' options for the items you'll be using in bulk.


The interface changes are an ongoing project - so keep your eyes peeled for more in the new year!

How’s it going, Trailblazers? Wherever you are on your Leagues II adventure, check out this week’s Trailblazer-exclusive changes and fixes:

Talk about a blast from the past! In its first reward update since 2014, Castle Wars is getting a funky colourful new range of boots and full helms to match the armour sets you know and love.


We’ve also added a little something that should even the playing field – a new potion which acts as a Super Combat Potion, Ranging Potion and Imbued Heart all in one. Of course, it will only work within the Castle Wars minigame.


You’re amazing at telling us what we’re doing well – as well as what we could be improving. So once again, we’re asking for your help to guide the future of Old School RuneScape.


This time, we’d like to focus on how our website looks and functions. A lot of you want it to be more modern, and this is an opportunity for you to tell us what that looks like.


To take part in the survey, you’ll need to be available on Thursday December 10th 17:00 GMT for an hour’s conversation (in English) to provide live feedback.


Interested? Please fill out this short form here. If you’re selected we’ll contact you via email next week with all the details. 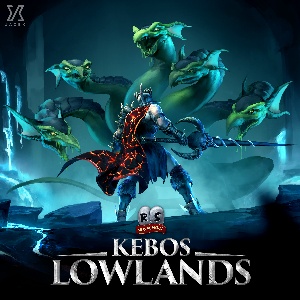 It’s time to do the twist to some twisted tunes, with the newly available Kebos Lowlands soundtrack, coming to all major streaming platforms on December 3rd.


There are 23 tracks to enjoy, brewed up just for you by dastardly noise wizards Mod Ian and Mod Surma – and this time, Mod Ash and Mod Ed have loaned their musical talents to the mix!


For a full list of the many, many rune tunes available for your listening pleasure, check out our official Spotify