Song of the Elves Poll Blog I

Song of the Elves: Poll Blog I

The purpose of this blog is to let you know some of what to expect from our second major release of the year. Following feedback on the size of previous polls, we're doing something a bit different this time around by splitting the content across two separate polls. This blog will explain the contents of the first poll. A second blog will follow later this year to detail the contents of the second poll. If you want to learn more about the initial announcement of Song of the Elves, we recommend you check out the reveal blog.

The Quest
“You think you’re the hero of this story, but you’re not…” - Lord Iorwerth Big things have small beginnings. Sixteen years ago, the Plague City quest was added to RuneScape. This quest marked the beginning of the fabled elf quest series, the oldest and longest quest series in the game. From elven rebellions to Dark Lords, the series has told a thrilling story with many twists and turns. Now, after all of these years, it’s finally time for this story to come to its conclusion with Old School RuneScape’s newest Grandmaster quest, Song of the Elves! Song of the Elves will see you team up with a range of characters from across the series to finally put an end to the schemes of Lord Iorwerth and King Lathas. Do not expect this to be easy - you will face challenging puzzles and deadly foes as you fight to bring peace to the elven lands. That’s all we’re going to say about Song of the Elves for now, as we don’t want to ruin the surprises of the quest. However, you can be sure that it will be an epic adventure unlike any other.
Poll Question #1
Should the Song of the Elves quest be added to Old School RuneScape? 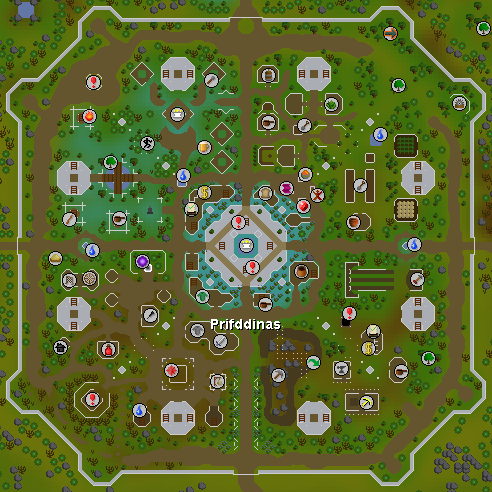 The Gauntlet
As mentioned above, Prifddinas will feature some brand-new, unique pieces of content. The first of these is the Gauntlet. Created by the elves as a training ground to ensure they were capable of defending the city during the God Wars, the Gauntlet is a new solo PvM minigame that will push your skills to their limits. When entering the Gauntlet, you will not be allowed to bring any of your own items. Instead, you will be given a limited amount of time to explore the area in search of resources. The area will contain mineable crystal for armour and weapons, chopable roots for bows, arrows and staves, farmable herbs for making potions and fishing spots for gathering food. These various resources will not require a specific skill level to gather. However, high skill levels will grant more resources at a faster rate. The dungeon will also contain various Crystalline monsters which can be killed for further supplies. Higher level monsters will offer better drops at the cost of taking more time to defeat. To keep you on your toes, the layout of the Gauntlet will be random each time you enter, causing the monsters and resources to spawn in different locations. You also won’t be able to see all of the dungeon initially and will need to explore it to discover where everything is, making for a frantic and fast-paced challenge. Once time is up and you have gathered your supplies, you will be forced into the central chamber of the Gauntlet. Here, you will need to use everything you’ve gathered to defeat the Crystalline Hunllef. Based upon a deadly wolf-like predator from the elven homeworld, the Crystalline Hunllef is a vicious enemy that only the most worthy will be capable of defeating. Completion of the Gauntlet will grant you access to a generous new drop table. Failing to finish, either by death or leaving early, will give a small token reward based upon how well you performed but won't grant any chance of a unique. The Gauntlet is a dangerous minigame so death will result in the loss of a Hardcore Ironman status.
Poll Question #8
If Prifddinas is added to the game, should it include the Gauntlet, a brand-new solo PvM challenge?

Crystal Armour
The Gauntlet drop table won’t just be made up of existing items. It will also offer the only way for you to obtain Crystal Armour, a brand-new armour set designed to compliment the existing crystal weaponry. The armour will consist of three pieces, a helmet, a chestplate, and platelegs. Equipping the items in this set will require 70 Defence and 50 Agility.

Like other crystal equipment, Crystal Armour will degrade. However, unlike other crystal equipment, its stats won’t degrade as it does. Each piece of Crystal Armour will degrade back into a Crystal armour seed after 2,500 hits are taken. The Crystal shards used to create the armour will not be reobtained. The table below shows the stats of Crystal Armour. In addition to these stats, the armour will have a set effect. When all three pieces are worn, you will receive a 5% boost to damage and a 15% boost to accuracy when using crystal weaponry.

Zalcano
Although the elves did their best to avoid the God Wars, they were unable to stop the carnage reaching Prifddinas. Over the thousands of years that the God Wars took place, many foes came to the city in the hope of claiming the knowledge and power of the elves. One of these foes was Zalcano, once a demon in service to Zamorak, her ambition eventually got the better of her and she was cursed by the god during an attempted uprising against him. This curse doomed her to turn to stone. The elves had no desire to help Zalcano, so she decided to try and take from them what they were unwilling to give. She failed, and they trapped her beneath the city so they could study her condition. Now, thousands of years later, she remains beneath the city. The elves studying her often need help keeping her in check, and they’ll happily reward anyone willing to give them a hand. Zalcano is a new boss that is immune to traditional combat damage. Instead, you will need to use your Mining, Smithing and Runecraft skills to create magical charges capable of destroying her stone armour. Once her armour has been destroyed, you’ll be able to damage her by mining her core with your pickaxe. While you do this, she will do everything she can to fight back and will have a variety of abilities at her disposal. Besides access to the city, there are no additional requirements to face Zalcano. However, you will find that higher levels in Mining, Smithing and Runecraft will be advantageous. On top of this, Zalcanos attacks will be powerful and will not scale for lower levels so a high hitpoints level is reccomended. Players will be able to fight Zalcano both alone and in a group.
Poll Question #10
If Prifddinas is added to the game, should it include Zalcano, a brand-new boss that can only be defeated through skilling? 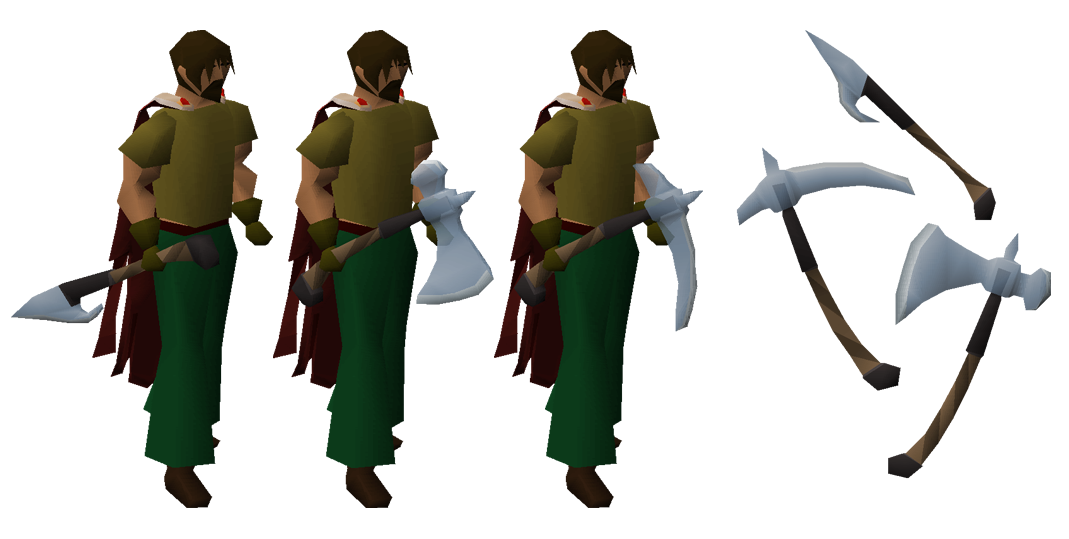 These new items will require level 71 in the respective skill to use and will offer faster gathering speeds than their dragon counterparts. The items will require 70 Attack and 50 Agility to equip. They will retain the equipped stats and special attacks of their dragon counterparts. Crystal equipment will degrade after 10,000 uses with each item gathered counting as one use (mining 10,000 ores for example). Once a piece of equipment degrades, it will revert into a Crystal equipment seed. The Dragon item used to create the equipment will be recovered but the Crystal shards will not. Crystal Pickaxe: this will have a 1/4 chance to mine an ore one tick faster than the Rune pickaxe (up from 1/6 for the Dragon pickaxe) Crystal Axe: this will be 15% more efficient at chopping logs than the rune axe (up from 10% for the Dragon axe) Crystal Harpoon: this will have a 35% faster catch rate when fishing at a harpoon fishing spot (up from 20% for the Dragon harpoon)
Poll Question #11
If Zalcano is added to the game, should she have a chance of dropping Crystal equipment seeds as a reward? These Crystal equipment seeds could be used to create Crystal Pickaxes, Crystal Axes and Crystal Harpoons.
That’s everything for this blog. As always, be sure to share your feedback with us on our social channels. As mentioned at the start of this blog, this is not everything we have planned for Prifddinas and if it passes this poll we will be releasing a second blog later this year to cover some additional content for the city. There will also be the opportunity for you to submit your own ideas so keep an eye out for more news on that once the first poll has closed.