Tale of the Righteous and Kourend Favour

Tale of the Righteous and Kourend Favour This week sees the release of the Tale of the Righteous, the next follow-up to the Client of Kourend, this time featuring the Shayzien House. Other updates this week include: the highly-requested Kourend favour rebalance, the reduced Kudos entry requirement for the Volcanic mine, and a teleport to Ottos’ grotto added to both the Fishing skillcape and Max cape.

Tale of the Righteous
Over a thousand years ago, King Shayzien VII ordered an expedition to Mount Quidamortem. The expedition never returned and it was assumed that all members perished in the field. However, a recent discovery suggests this may not have been the case. Phileas Rimor is the descendant of the expedition leader and he is desperate to discover the truth. Join him and delve into a conspiracy a thousand years in the making in "Tale of the Righteous". Tale of the Righteous is a brand-new Novice level quest, unveiling more of the lore of the Kingdom of Kourend, focusing on Shayzien House in the way previous quests have explored the Piscarilius and Hosidius Houses. To start the quest, you will need to have completed Client of Kourend, have at least 16 Strength, 10 Mining and 20% Shayzien favour. 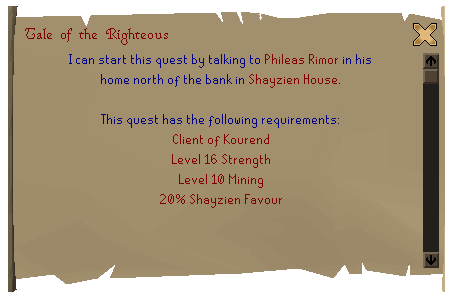 Completion of the quest rewards players with the following: 1 Quest Point 8,000 coins 10% Shayzien favour A teleport page for Kharedst's Memoirs that unlocks an additional 8 teleport charges and a new teleport to the Shayzien House 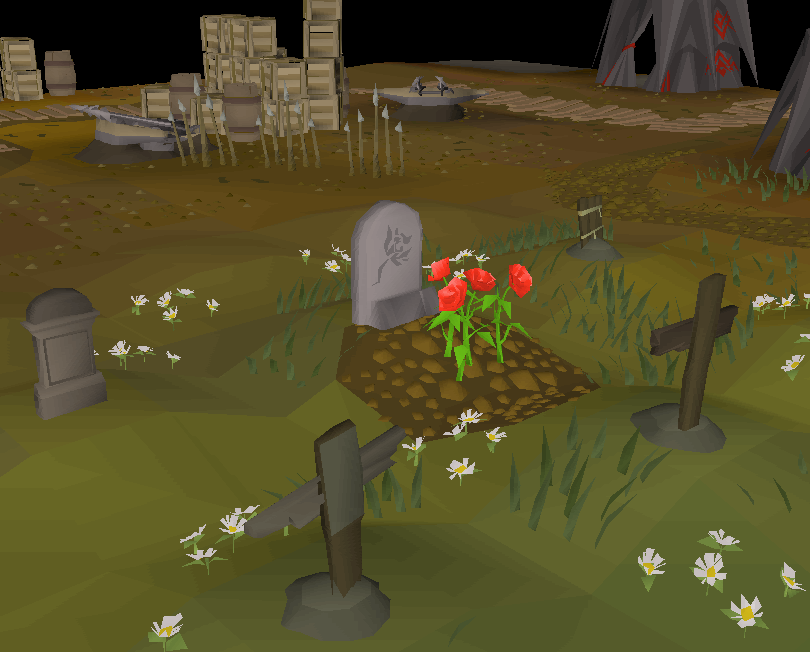 Kourend Favour Rebalance
In our most recent Quality of Life and Content Poll, we said we'd like to rebalance the favour gain rates throughout Kourend. We've therefore made a number of changes which aim to rebalance the average time spent in every house, making the road to 100% favour more consistent between the houses, and generally shorter. 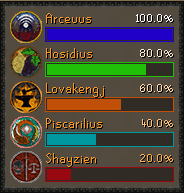 World Rota Changes
Two weeks ago we discussed the implementation of a World Rota, detailling how we will switch the world themes every two weeks, giving more equal access to those restricted activities across the Atlantic. The current active rota is Period B. For the next two weeks, until Thursday 3rd of May.

Further QoL
The requirement to enter the Volcanic mine has been lowered to 150 Kudos provided the player has built the Museum Camp and claimed the Fossil rewards for doing so. 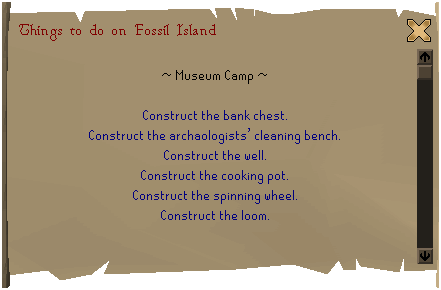 The Fishing cape and Max cape have now had the teleport to Otto's Grotto added to them whilst in the inventory, worn and on the PoH Cape hanger. 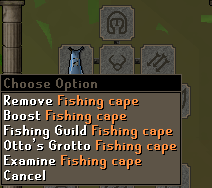 The scroll to zoom (desktop) and pinch to zoom (mobile) feature is now enabled by default, and saved on the player rather than the client cache. Anyone who previously had this setting disabled will need to toggle it off again.

We’re very pleased to announce that the iOS beta has been extended for an additional week. The feedback we’ve received from you so far has been incredibly positive and of great use to us. There is no technical reason for us to stop the beta today, so we’ve made the decision to extend it. It will definitely end next Thursday, this must happen due to a planned update.

Some of you might be unfamiliar with the way TestFlight (the service offered by Apple used by developers to test applications) works. In addition to providing you with the means of downloading Old School RuneScape, it also allows us to distribute updates. We’ve only seen a few hundred players update to the latest version of the application which was released on Monday. If you’re a part of the iOS beta, please ensure you keep the application updated!

On Monday we sent a message to your RuneScape Message Centre containing a link to a survey. Please do take the time to complete this survey. Your input is essential and of incredible usefulness to the development team.

In addition to the survey, please continue to visit the Old School Mobile Testing Forum, found in the Old School area of the forums. You must first log in to the forums on the account invited to the beta in order to be able to see & access the Old School Mobile Testing forum. Be sure to take note of issues listed in the Known Issues thread. We'd highly recommend that you view the Known Issues thread, you provide feedback via the Mobile Feedback General, and you use the Reporting Content Issues and the Reporting Mobile Crashes threads. You are, of course, welcome to join the discussion with the #OSRSMobile tag on Twitter, and include 'iOS Beta' in the subject of your Reddit threads, but utilising the survey and the forums is the most recommended way to ensure that the development team see your feedback.

Another thing to note, as mentioned above in the Further QoL section of the newspost, the Pinch to zoom feature is now enabled by default. Those who had it disabled will need to toggle it off. The toggle can be found where the Scroll to zoom on the desktop is.

For those of you who aren’t involved in the iOS beta, we’ll communicate the next course of action as soon as we’re able. When we provided the results of the Android beta, and announced the iOS beta, we said we were planning on launching a cross-platform beta as the next step. This plan has changed slightly. What we envisage next is a larger scale Android beta before the next iOS beta begins. Once we have exact dates, we’ll communicate them to you. It’s an exciting time for #OSRSMobile!