The Summer Beach Party has returned to Lumbridge Crater once again, making it the place to be until the 12th September.

Along with your old favourites, there's a new Treasure Map feature for daily free items, as well as two new activities: Terrorbird Racing and Hook-a-Duck, for Agility and Hunter XP respectively.

Be sure to check out the newest addition to Solomon's Store, too: the Satyr Outfit.

Welcome to the Beach

The fun, XP-giving passtimes from last year's Beach Party have returned , along with some awesome new additions.

Complete laps as quickly as you can for maximum Agility XP and a chance to be on the hiscores page, viewable by clicking on the start gate.

Wield a rod and hook a duck for Hunter XP.

The raging crustacean spawns every 45 minutes after the hour. Her damage scales to your current life points, so everyone can dive in and help drive her back.

Of course, the summer fun from last year returns. Whatever you fancy training, there's something for you:

Every 15 minutes one of the XP-giving activities will be spotlighted, yielding +10% XP. Please note that the spotlighted activity varies from world to world.

You can keep earning XP until your temperature gauge fills up completely, although this can be reset up to three times a day by consuming ice creams.

JMods can activate Happy Hour on the beach to really get the party started. Happy Hour will spotlight all beach activities except for Terrorbird Racing and will freeze all temperature gauges, earning you a bonus hour of beach skilling!

The Treasure Map is a new feature which you can use to collect handy items each day from 16th August until 11th September.

Speak to Reyna in Lumbridge Crater to collect the map, then click it in your inventory to get started.

The interface will update each day to show another cross on the map, which can be clicked to claim the treasure.

There's also the option to use a Bond to claim any prizes you have missed – see the right-hand side of the interface.

Note that using the Bond option also allows you to claim any prizes you may miss later in the event, as they are released, up until the event ends. You will never need to use more than one Bond to unlock missed Treasure Map items.

There are a number of useful items that you can earn by fighting Clawdia and participating in other beach activities:

Please note: These items will be removed from game on the 3rd October.

There's also a rare chance to get tradeable tokens that can be redeemed for one of several new beach items. Please note: The tokens will become untradeable at the end of this year.

These items can also be purchased from the vendors around the beach for RuneCoins, as can challenge gems, dwarven challenge barrels, party packs and masterwork music boxes.

Finally, there's a bunch of secret rewards available for fulfilling certain conditions on the beach. Have fun discovering them!

Head to Solomon's General Store now and pick up the Satyr Outfit. 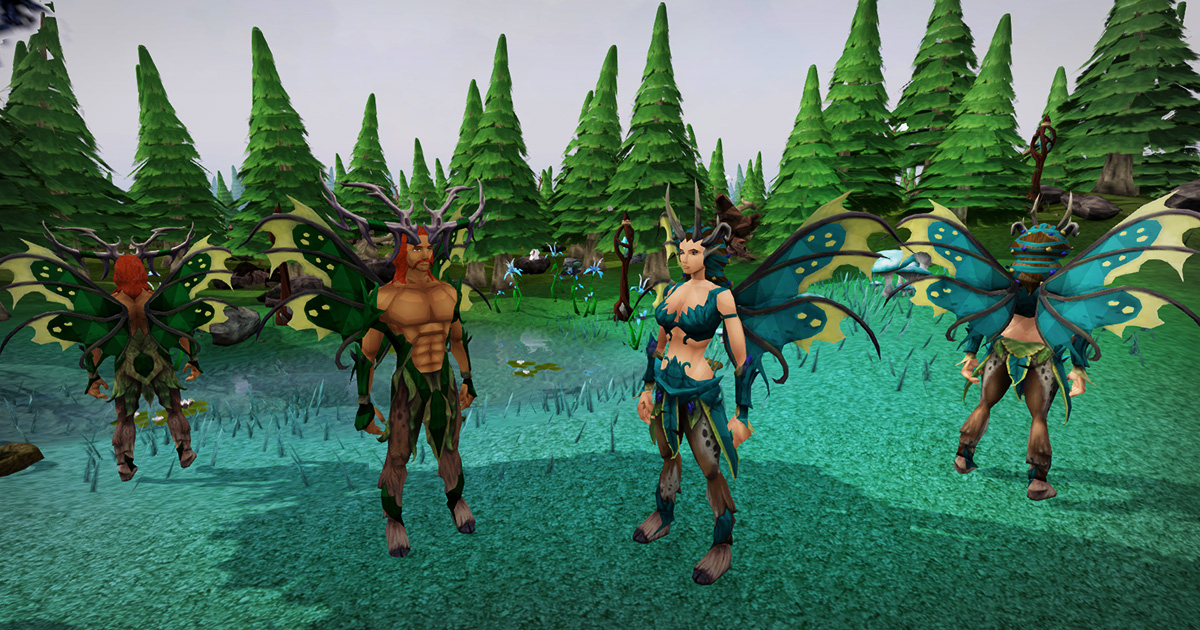 As with the Flourishing Fairy Outfit which we released last month, the Satyr Outfit is designed with recolourable sections and comes with a teleport animation.

Grab it from Solomon's Store now!

Top up that tan, eat those ice creams and - most importantly - have fun!

See the patch notes for further details on this week's update.

Our very own Mod Osborne will be at Gamescom in Cologne, Germany on 17th August, talking all about the Eastern Lands and how our community helped them come into being.

Each week we live stream Q&As, in-game events and more. Watch our streams and find a full streaming schedule over on our Twitch channel.

Check our YouTube channel, too, for recap videos of streams you may have missed. Watch them now!

This week, it's time to check out a first look at our 19 new Skilling Pets, coming next week!

They're a much-anticipated update, and we've brought it forward a week so you can enjoy them earlier!

But we know there have been a lot of questions about Gielinor's newest pets.

Watch from 16:00 Game Time to find out more about what we have planned. Ask your questions on our forums, Reddit, or by using #RSQA on Twitter!

Find out what you can expect from Monday's patches and more with Mod Shauny this Friday night!

Mod Lee will be hosting some Community PvM goodness live on Twitch!