So, have you heard about the Archaeology skill? You probably have – it has, after all, been the worst kept secret of 2019. But the joy is that there is so much more to talk about.

That’s because Archaeology is so much more than a skill. On one hand, it's a gathering skill, much like woodcutting or fishing. It's about getting your knees dirty to amass puzzle pieces from our past. On the other hand, it's a manufacturing skill like Smithing or Fletching, putting these artefacts back together to create real treasures. It’s also five new areas including the depths below Al Kharid, the far reaches of Morytania, underneath the Wilderness and more. And it's swathes of loot, all eager to be unearthed, including three new types of reward that will change how we all play (particularly higher level players)! 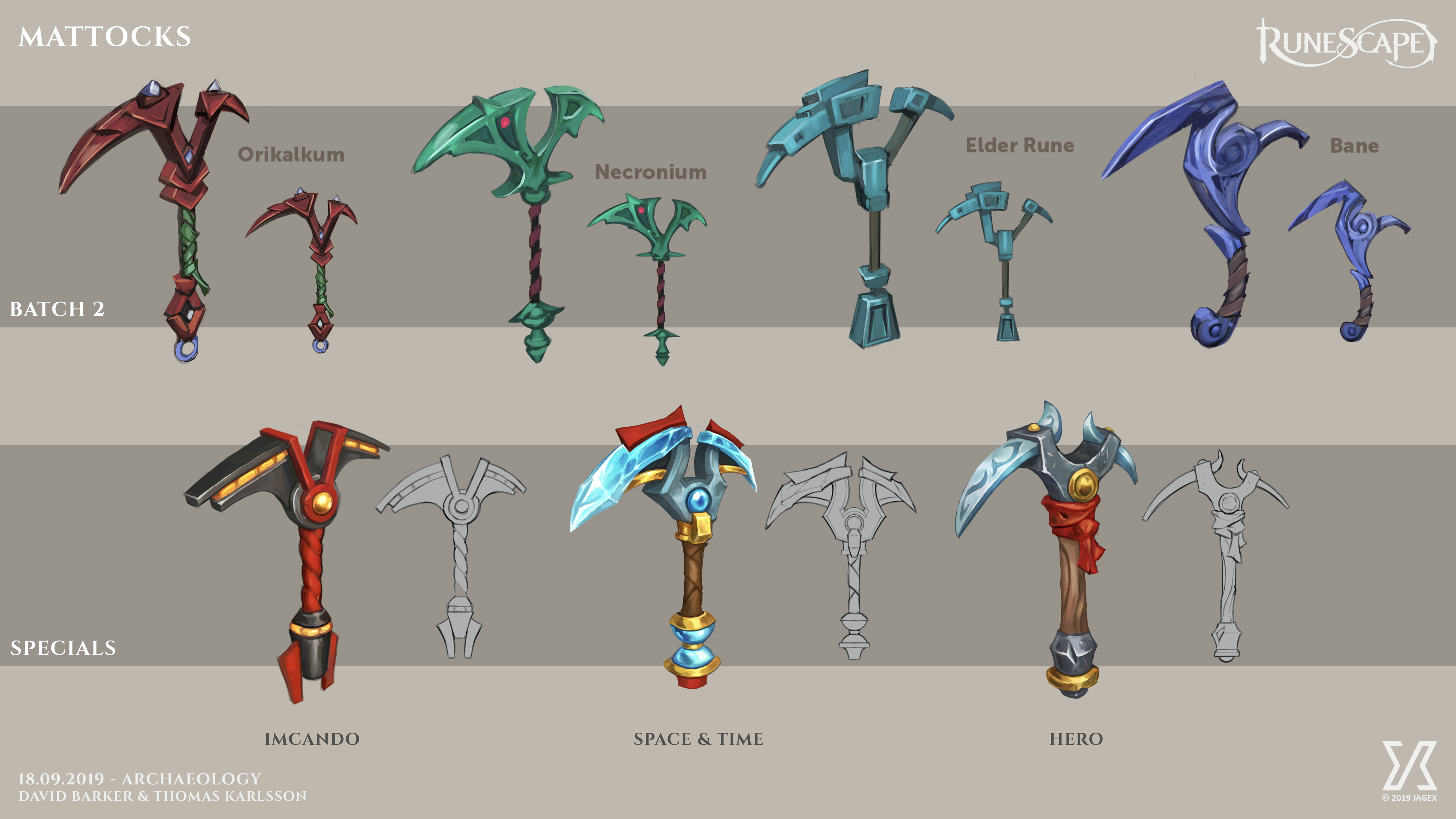 Welcome to the humble mattock – the pickaxe, if you will, of Archaeology. You’ll be able to make these, and you’ll experience that simple joy of progressing through the mattocks as you level. For the hardcore among you, there are special ones to find; you’ve probably got a good idea of how you will gain the crystal mattock, Imcando mattock and the mattock of space and time, for example.

It’s with the mattocks that you will gain your first Archaeology XP. Find excavation hotspots at dig sites, uncover and keep materials from lost ages, and get those dusty gains. How will it feel? There’s a smidge of the Mining Rework, as there’s no competition; you’re all doing it in the same spaces; and occasionally excavation sites will become extra-worthwhile, highlighted by a time sprite in a similar manner to rockertunities.

While you are going to be spending a decent amount of time gathering, the real fun – and the biggest chunk of XP – comes from the manufacturing side of the skill.

Occasionally, as you excavate, you will find damaged artefacts. These artefacts are the real treasures of our past – things of significance from lost ages. They will be broken when you find them, and it’s up to you to restore them.

This is where the materials from the gathering element of the skill will really help. You will need certain materials for each artefact, and there is real fun to be had in trading and swapping with other players to get the materials you need.

Fixing an artefact is actually the lion’s share of the XP. You’ll get a giant chunk when they’re done. But what do you do with these artefacts once you have them? 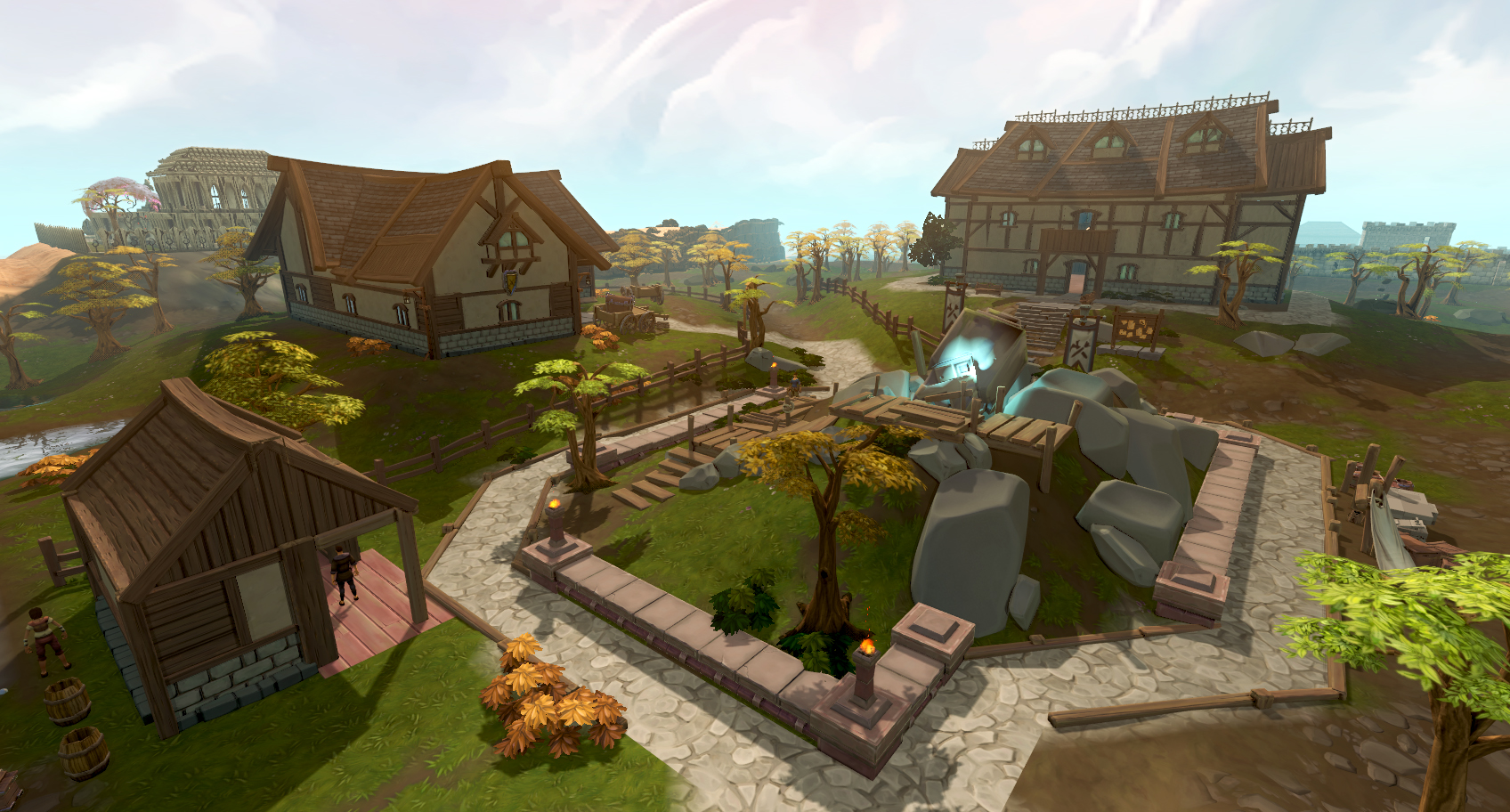 Welcome to the newly refurbished Dig Site in Varrock, where you’ll make that choice regularly. We really do think this is a part of the skill that you will love. After each dig, you will be sorting through what you've got, deciding to chuck it or keep it. Do you hand it to a collector, including some of the most famous characters in the game – including Wise Old Man, Bentnoze and Wartface- for some of the best rewards in the skill? Does it belong in a museum, where they will give you chronotes – a new currency that can be exchanged for kick-ass rewards? Or do you keep the item for yourself, in case it has a future use that you don’t yet know about?

And that’s not even scratching the surface of what you can do at the Archaeology Guild. You can build a research team, again from some well known characters, who will work for you even when you’re not playing. You can start getting your qualifications in Archaeology, completing feats that cover the entirety of the skill, and those qualifications will give you access to even more things. And you can master each of the dig sites in the game, as they all come with a central mystery to be resolved.

Ah, Dig Sites, you say! This is where the skill starts showing its teeth.

As much as you might want to be scrubbing at bones and artefacts with tiny brushes, sometimes you just want to raid some tombs, go to uncharted areas, or go on one last crusade. 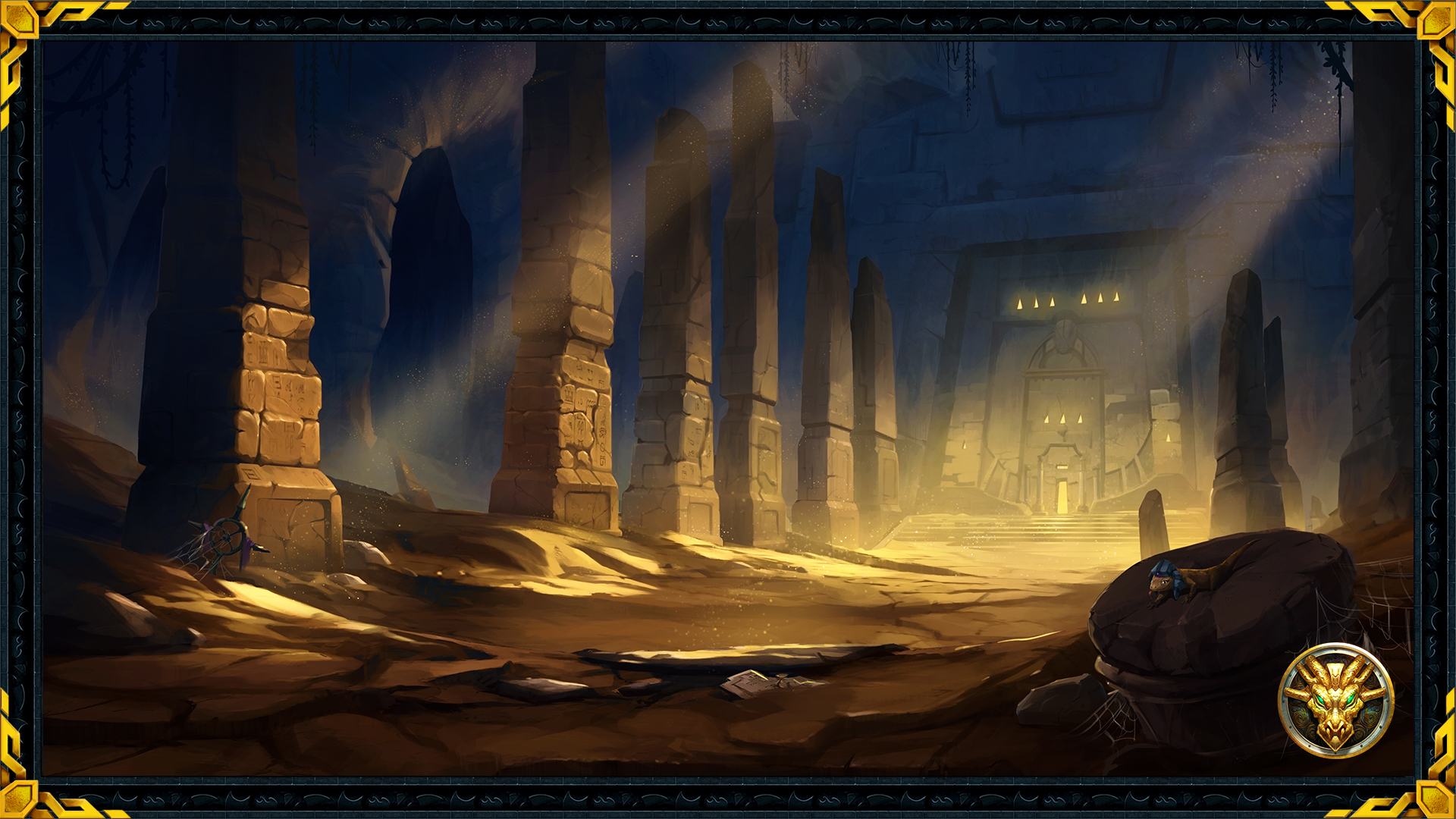 Let's head to the Kharidian Desert for our first stop, Kharid-Et. Found near to the Duel Arena, this ancient fortress and stronghold once housed Zaros’ armies and fell to the ongoing onslaught of Zamorakian forces during the God Wars. Previously thought lost to all Zarosian allies, the excavation site’s manager – a certain Dr. Nabanik – knows different. Unlocked at level 5 Archaeology after completion of your first qualification, this is where you’ll begin your journey through the skill. Do not fret, however: this is not an excavation site just for interns. Hidden in the deep vaults you’ll excavate Zarosian weapons and opulent religious pieces relating to Zaros, and you will unearth scrolls of ancient knowledge. 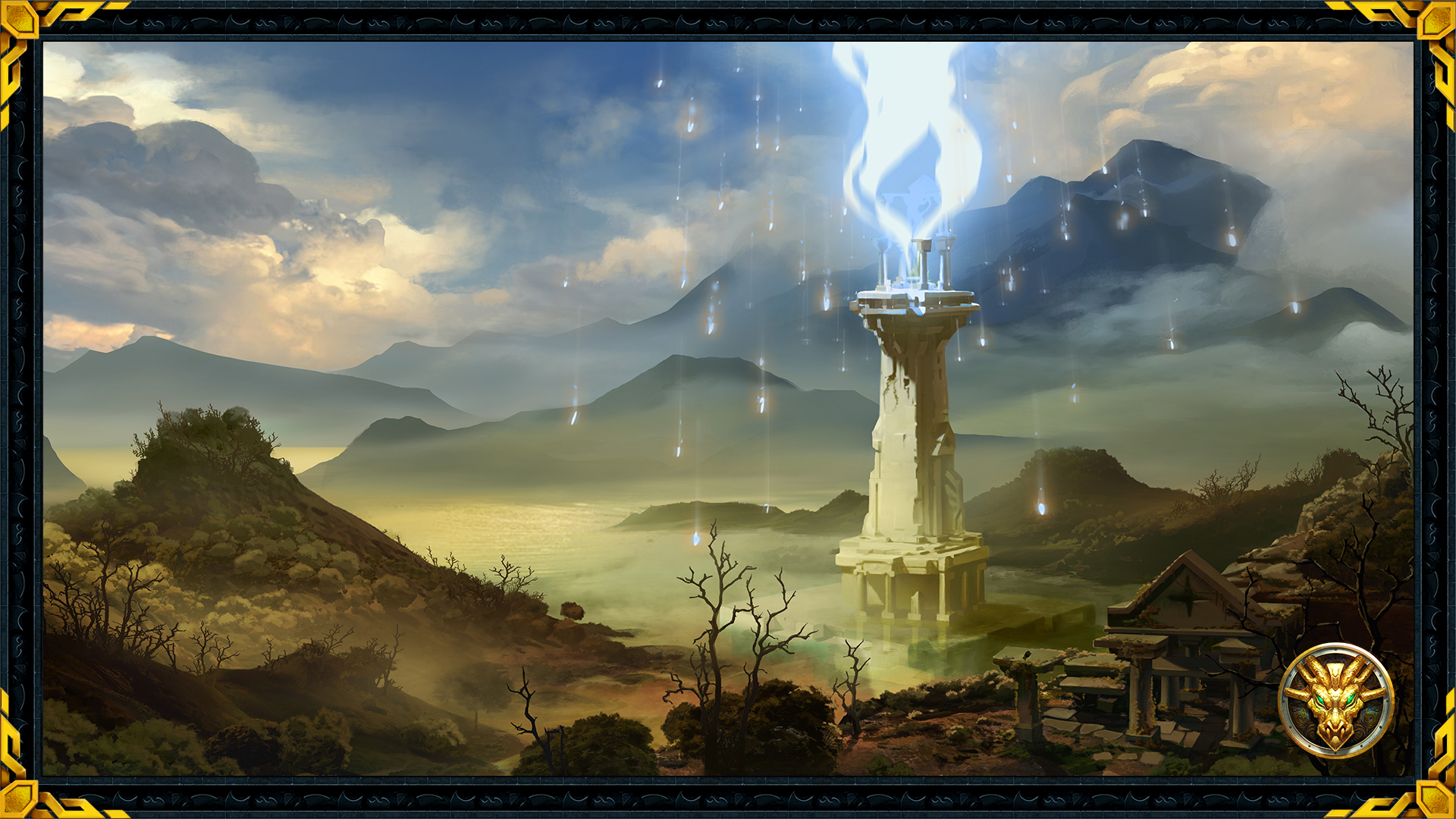 Our next stop takes us to the eastern coast of Morytania. We know modern Morytania to be dark and full of blood-sucking terrors, but once this was a Saradominist stronghold and their jewel was the Icyene settlement of Everlight. At its heart was the Everlight itself, a towering lighthouse which illuminated the coast and provided much needed light to the Icyene who lived here. In recent times, the light has dimmed, since the settlement was sacked and Vanescula, the excavation site manager, has tasked the player to extinguish it and claim the Everlight for their own. This is one of the sites that unlocks at level 20, and you’ll be excavating Icyenic culture items, discovering more about the New Dominion Games and learn about how these once-great set of islands fell. 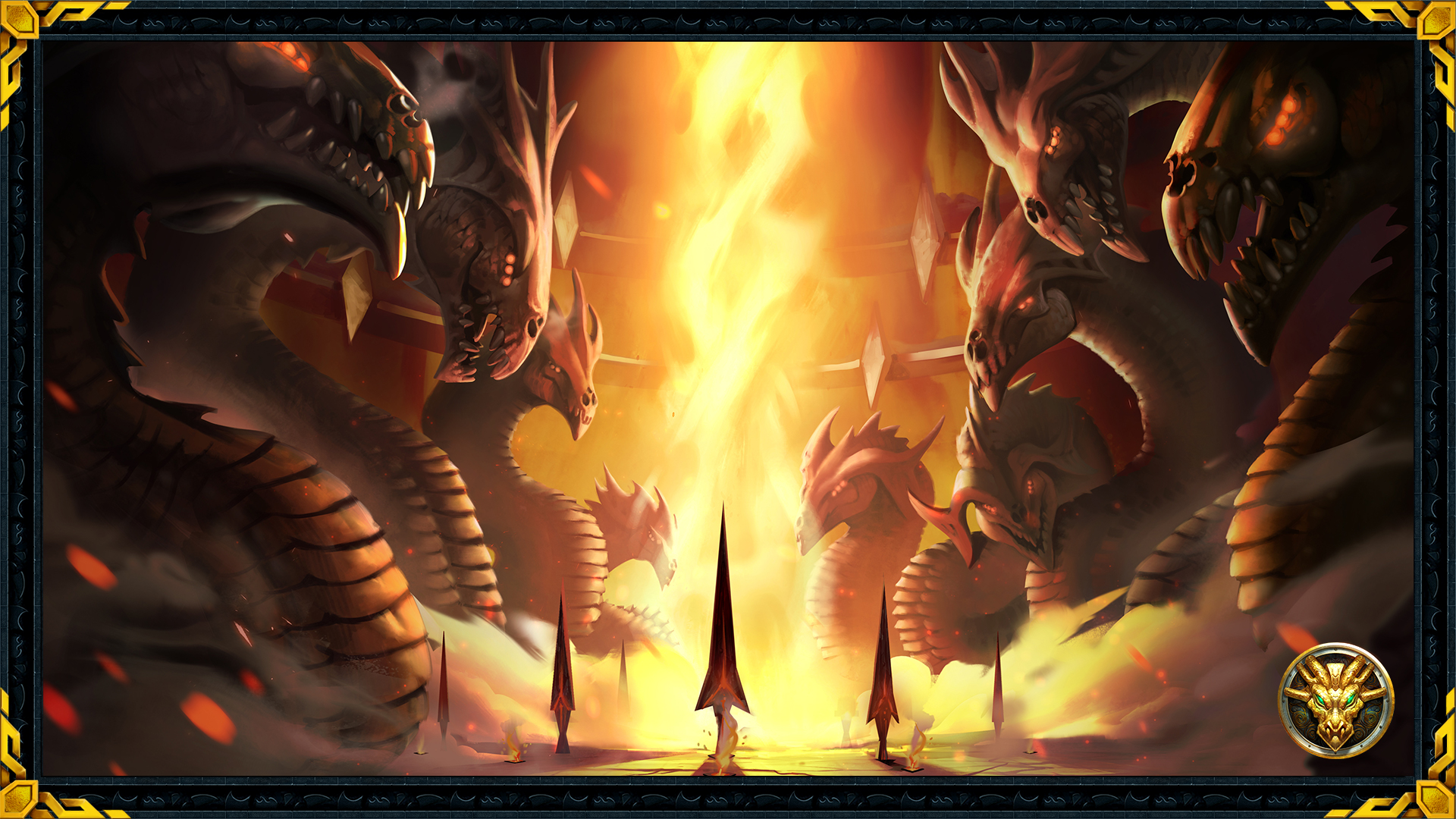 Deep below the Wilderness, under the scar left by the Sword of Edicts, thrust into the ground by Guthix, lies the Infernal Source. Not much is known about the fiery rings of brimstone, other than they have a demonic connection with Zamorak, and Guthix use the sword to strike it and shut it down. Here, also starting at level 20 Archaeology, you’ll be excavating Zamorakian cult relics, delving deeper in to Zamorak’s connection with demons and learning more about how demons were brought to Gielinor.

There are two other lost areas to be explored, but we're going to keep quiet for now. All we will reveal is that they are named the Stormguard Citadel and the Warforge! (exclamation mark included).

It's time to ditch the binoculars and get to the real meat – the rewards.

Deep in the heart of the Infernal Source, after discovering the secrets and unearthing its treasures – you will learn how to bind the will of powerful demons to you through the Summoning skill, in something we are calling Ancient Summoning. Using a binding contract, forged with new materials found in the Infernal Source (and your usual charms, of course) you will be able to capture existing demonic Slayer creatures and summon them, all with their own unique effects. Let's have a few sneak peaks:

It's natural to look back at our ancestors and assume they were not as technologically as advanced as we are now. That is not the case in Gielinor. During Archaeology, you will be able to discover ancient technology and blueprints in what we’re calling Ancient Invention. By discovering the teachings and blueprints of Gielinor’s own version of Da Vinci, you will be able to create brand new devices and perks by disassembling artefacts and materials you find during Archaeology.

First up, we have the Ancient Gizmo. Covering all 3 different types of gizmo - weapon, tool and armour – you’ll use these to obtain new perks from new Archaeology materials. That’s not all, however – all 9 slots in the Ancient Gizmo will be unlocked, allowing you to experiment further to find perk combinations and ranks that were previously undiscovered.

Next, we have the XP capacitor. If you’ve ever wanted to level up your augmented items faster, to either siphon them for more XP or to get to level 20, then this is the device for you. An empty XP capacitor takes some of the item XP you would normally earn whilst training with augmented items, and instead fills the device. Once the device is full, it can be traded to other players and they will earn double item XP until the capacitor runs dry. It's like bonus XP, but for your Invention items.

The final thing to talk about for Ancient Invention is the ability to further enhance Invention-created tools like the Fish-o-matic, Hammertron and Pyro-matic. Using the materials found from the past, you’ve discovered ways to make the tools more efficient and act like level 80 tools instead of the level 70 ones they are currently. 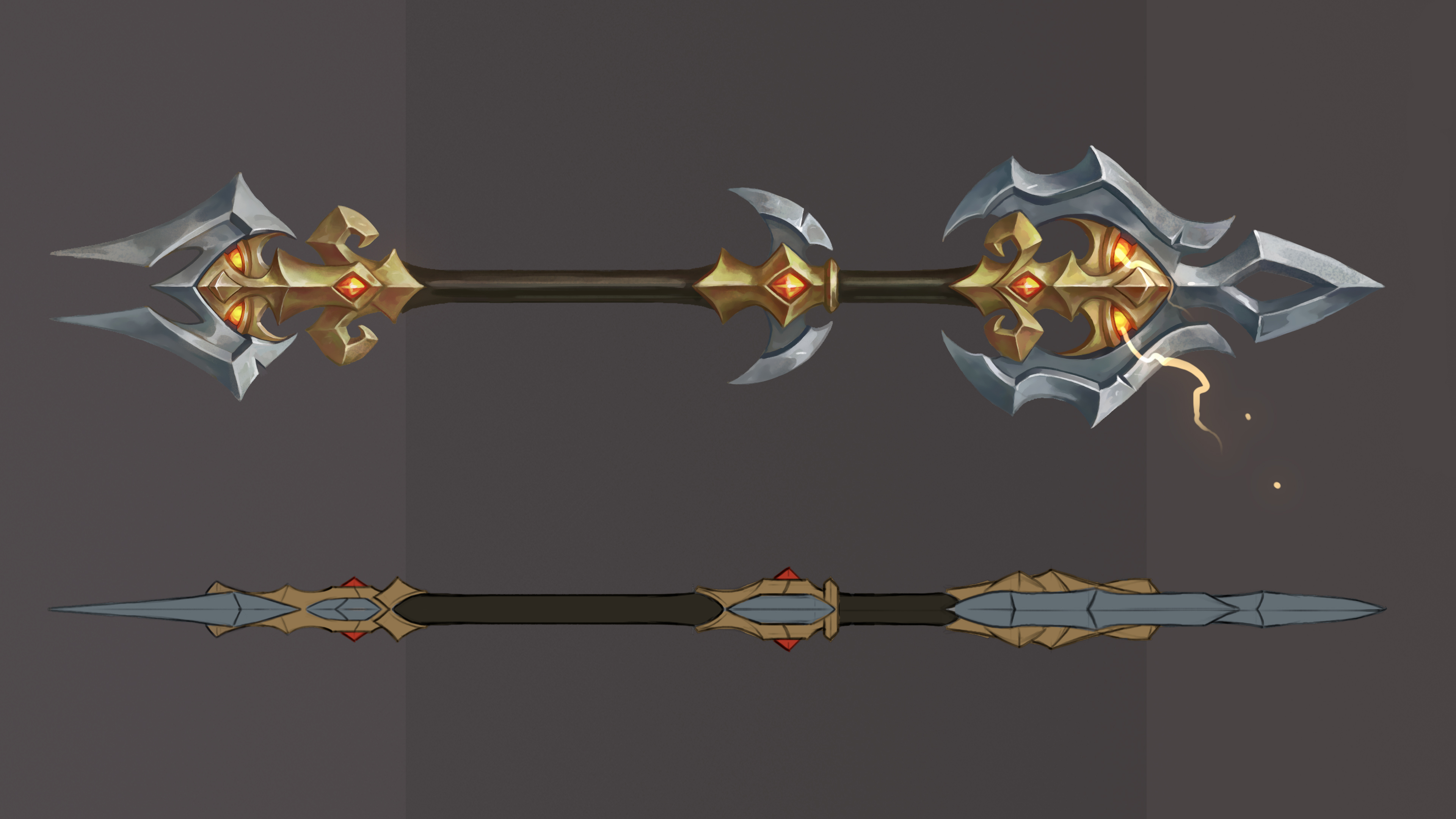 The real jewel of Archaeology, however, are Relics. Powerful items from RuneScape’s history have been rediscovered and its up to you to find and harness their powers. In doing so, you will earn permanent, powerful, passive effects which are always active. You’ll be able to choose up to 3 of the relic powers and pay Chronotes in order to change and choose between them.

These relic powers are hugely powerful, and here are two of the 20+ effects we will have at release for you to get your hands on:

One last thing: during your time excavating the once lost wonders of the world you’ll come across some powerful artefact weapons which you can restore even further to become exceptional weapons, like the Spear of Annihilation.

There are important details that are always vital whenever you launch a skill. First off the bat: is this an elite skill? Does it go up to 120?

Archaeology is not an elite skill. It is a skill that everyone can play as soon as it drops, and we can reveal Archaeology will be going up to 120 on launch. As you can see from everything we have talked about, we have spent a large amount of time, love, sweaty buttocks and dirty mattocks in packing this skill to the rafters. We're confident that there is plenty to justify going all the way to 120, and more stuff will be added to it over the year and beyond. It's worth noting that here will be an embargo on bonus XP, lamps and other skill boosts until six-months after launch.

We also wanted to try something new with the skill, to remove the barriers from experiencing it. We will be raising the skill cap for free-to-play to 20 on launch of the skill, giving everyone the Kharid-Et dig site to play around in. If this goes well - and the results of the annual survey seem to imply that it would be accepted - then we would look to roll this out across all skills and test other skill milestones.

We also have the Archaeology Elite skilling outfit, coming out on launch of the skill. This is entirely gained from Archaeology, and this will use something other than the fragment system that you may be used to. You will have to do some very specific things to gain it. How mysterious…

Okay, Now for the doozy - the release date. Hopefully you can see that development is hugely progressed. You will be playing Archaeology and all five of its dig sites, ancient invention, ancient summoning, relics and more on Jan, 2020.