The Wilderness Reborn & Daughter of Chaos

A classic location is reborn: and all the rules have changed. How will you fare in the all-new Wilderness?

From August 1st, step into a transformed version of Gielinor’s most nail-biting destination, with a new PvM gameplay focus and glorious benefits for anyone training Slayer! 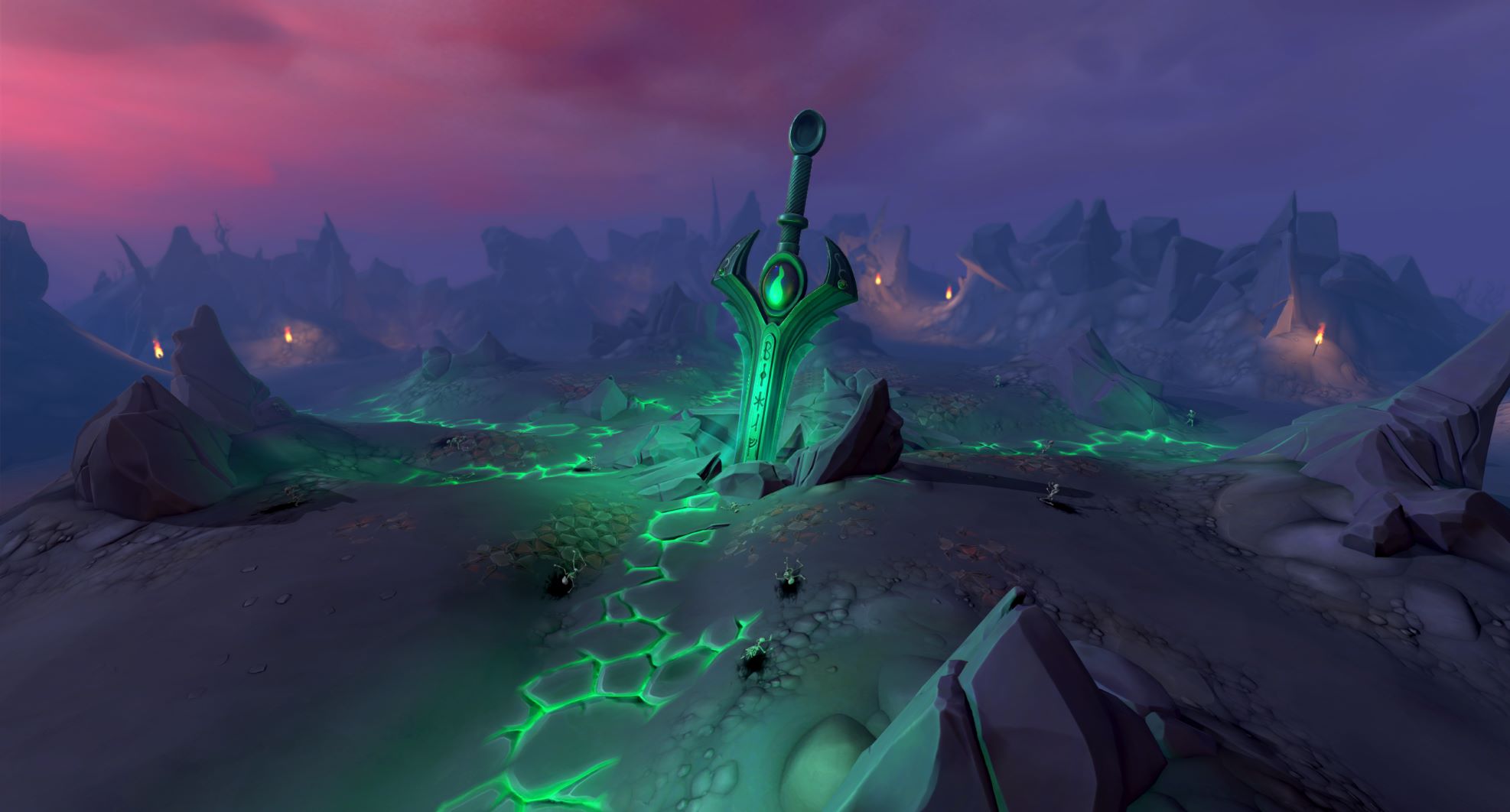 We’ve also refreshed the area with brand new visuals, but don’t get too cosy – the Wilderness remains as dangerous as ever thanks to new enemies and hazards, plus a threat-based PvM system where big risks result in bigger rewards!

To celebrate the changes, our Legacy of Zamorak season kicks off in earnest with a new quest that takes you deep into this legendary location. Daughter of Chaos follows Moia in a new era for Gielinor spoilers in which the citizens of the world are now responsible for their own future following the banishment of the Gods!

Let’s take a look at everything launching on August 1st. If you’ve felt a little left behind with the multi-year Elder God Wars story, this is a great quest to jump onboard, especially given its nice ‘n’ accessible level requirements.

Set in the newly-updated Wilderness amidst the outbreak of a Zamorakian civil war, Daughter of Chaos also yields some fantastic Wilderness-handy rewards (more on those below).

First, though, you’ll have to track down Moia, daughter of Lucien, and take on a unique gameplay experience for RuneScape: by viewing her memories you get to fight in the civil war as Moia!

Requirements for Daughter of Chaos are as follows:

And here are the rewards:

To start your adventure, speak to Adrasteia in the Falador Castle throne room.

The Wilderness is transforming from a PvP warzone to a high-risk, high-reward PvM area. Our goal is for the Wilderness to be the most rewarding way to train Slayer, with the best enemy density and rewards from the skill.

Don’t worry, though – we’re extremely keen to retain that sense of dread we know you love. The Wilderness ain’t getting any friendlier!

Following the conclusion of your battle with Zamorak, the Wilderness has become an increasingly dangerous place.

Remember that feeling of seeing a PK'er come into your vicinity? The PvPers may be gone, but the Wilderness will still command your attention. Enemies are becoming even tougher, and they’re able to attack you together in multi-way combat. Demons now prowl the area too – ghastly remnants of Zamorak’s invasion.

If all that wasn’t enough, the Wilderness Volcano now spews deadly projectiles that are magically drawn towards you! If you don't pay attention and pray against the type of damage the projectile delivers, it’ll take a chunk out of your health.

Talking of random events, you may at any given time find yourself ambushed by enemies. These nasties spawn right on top of you and go straight on the attack – so don't think about AFK'ing or you might be paying Death a visit!

These are just the basic dangers of the Wilderness, of course. Things really escalate with the Threat System. Let’s get into it.

Our new design for the Wilderness is all about risk/reward.

You can easily reset your Threat level by dying, teleporting or hopping over the Wilderness wall. But you'll be throwing away your Streak bonuses… is it worth it?

With the new focus on risk/reward, Slayer in the Wilderness will be the best way to train the skill – provided you can handle the dangers it brings, of course!

Additionally, Slayer mobs can be found in their greatest density in the Wilderness, and killing them here also grants you access to the Wilderness Drop Table.

Completing Wilderness Slayer Tasks will earn you a Wilderness Slayer Chest, containing anything from Threat level reductions to Death Touched Darts and Slayer Bounty weapons like Annihilation. The full Drop Table can be found at the bottom of this article.

So what’s the deal with PvP? Well, it can still be enabled, simply talk to Vala at the border of the Wilderness to get started.

Doing this will mark you with the iconic PvP skull and allow you to attack any other Skulled players.

There are no positive or negative bonuses to your experience when marked with a skull. The new Threat System, ambushes and so on will still apply.

Since we’re on a refreshing tip, we knew it was also time to bring the Wilderness up to RuneScape’s modern visual standards. It’s a large part of the surface world, and we wanted the existing routes to remain untouched and implement like-for-like updates wherever possible. It also had to remain an intrinsically hostile environment, with your sense of danger ever increasing as you delve deeper into the wild. 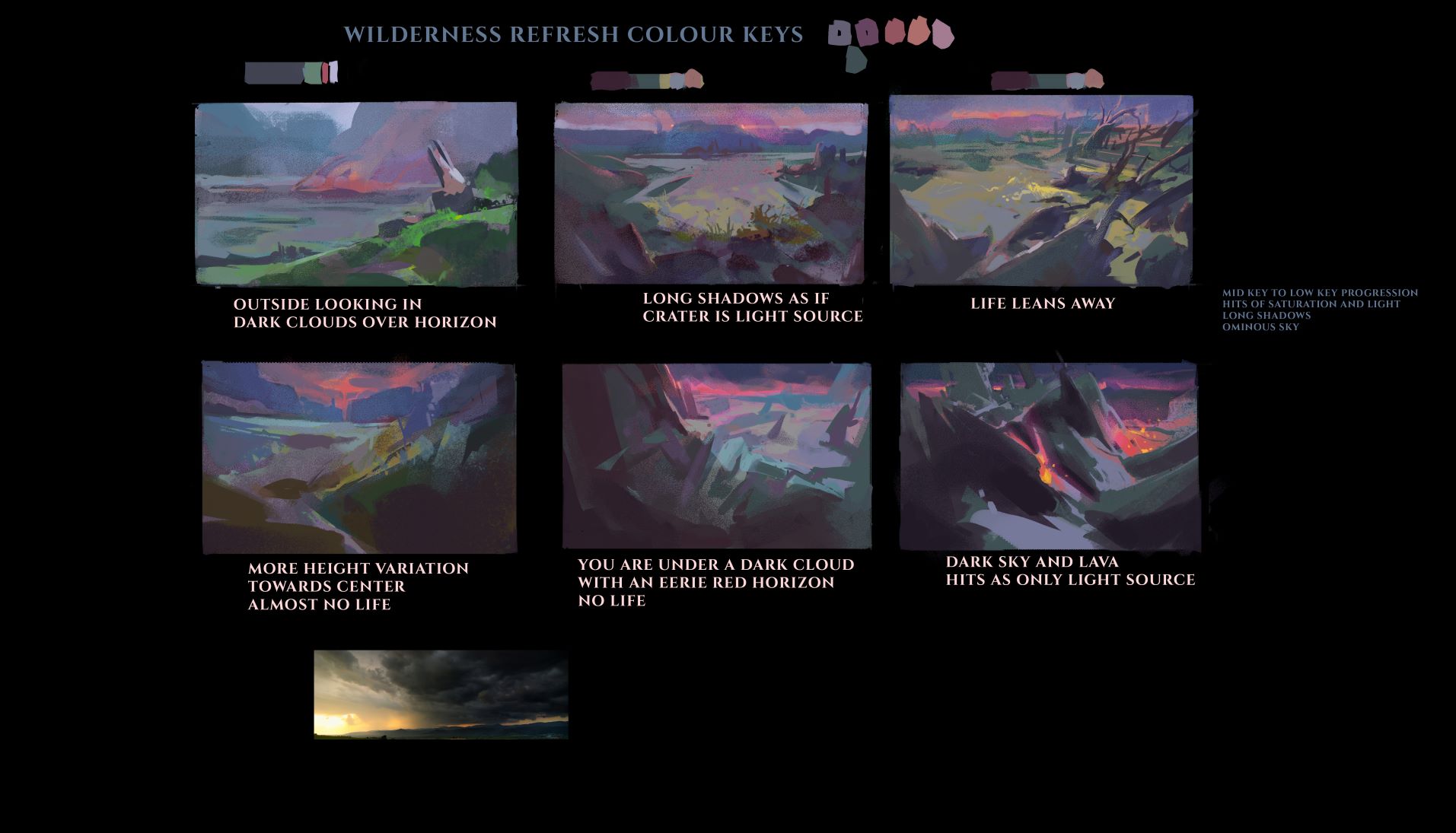 Thanks to our new VFX system we’ve been able to add shadow casting from point lights and particles, giving the place a sense of depth and excitement, and we’ve made the volcano and crater more imposing landmarks too. Visit the Wilderness on August 1st and you’ll see a coherent visual style across all areas – and an enhanced sense of dread!

Future content updates in the Legacy of Zamorak storyline will add even more gameplay experiences to the Wilderness.

Stay tuned to find out more about those as the story continues!

For those of you looking to understand the Wilderness gameplay changes in more detail, here’s some more tweaks to look out for:

One Chest is given at the end of each Slayer task. It will be stackable, allowing players to hoard them before opening in one go (which should be fun to watch on livestreams)!

Here's what you can get:

The Wilderness gameplay and graphical update, and the new quest Daughter of Chaos, both launch August 1st 2022. See you in the Wildy!