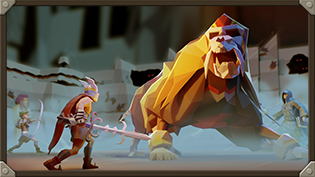 The time has come for you to face the evil lurking within the Tombs of Amascut! 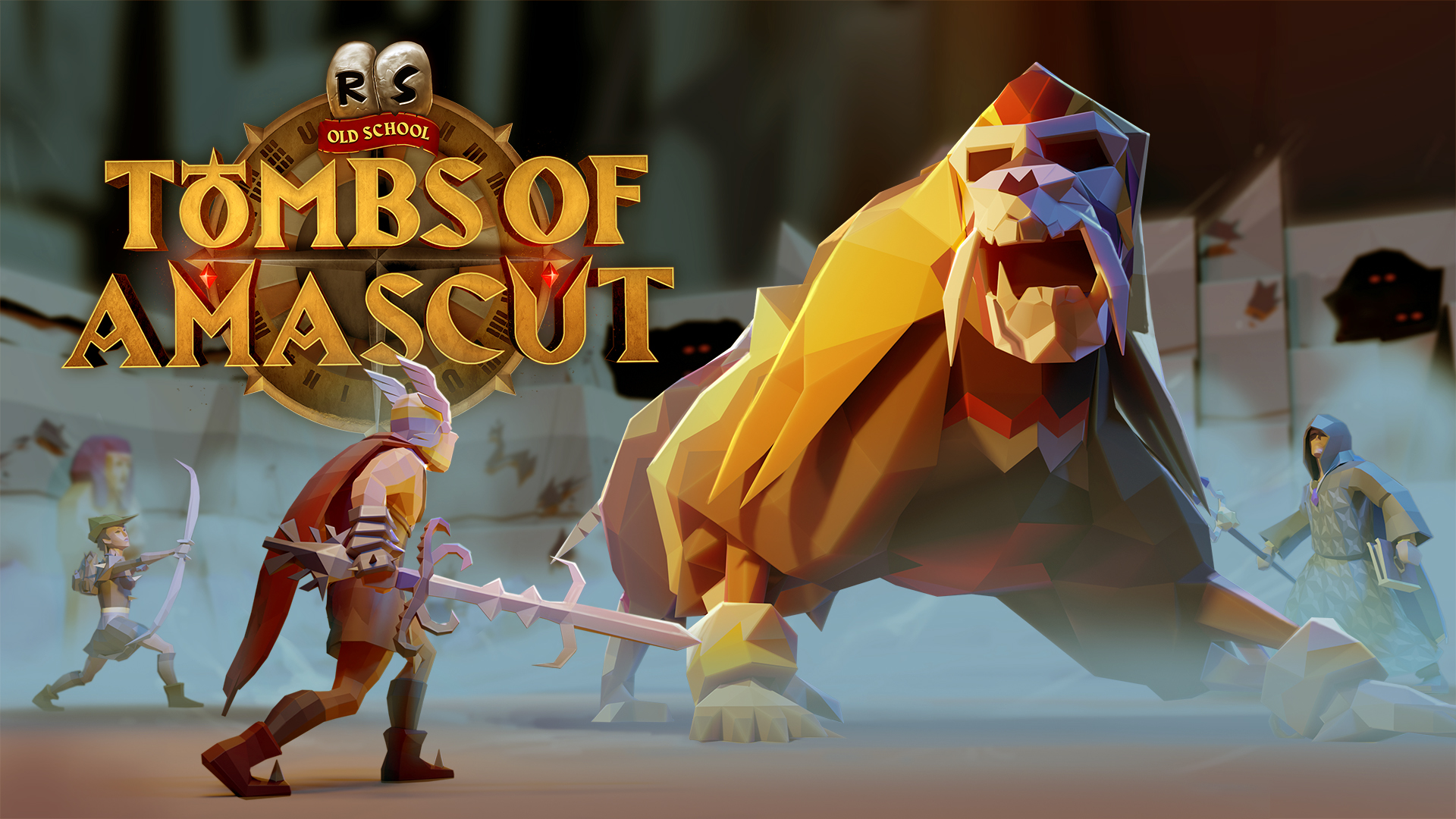 Want a fancy new desktop background? Click the image for a full-sized version without the Logo!


We’re finally ready to dig into one of the biggest releases of the year! Prepare yourselves for Tombs of Amascut, the most replayable and narrative-driven raid we’ve made to date!


Don’t forget to pack some headphones along with the rest of your tomb-raiding gear – our fantastic audio team have created some proper bangers and some truly spine-chilling sound effects, so for the full Tombs of Amascut experience, you’ll want to give them a good listen. Big thanks to Mods Grace, Kasia, Lord, Slippers and Surma!


One last note before we dive in:


YOU MUST HAVE COMPLETED BENEATH CURSED SANDS TO ACCESS TOMBS OF AMASCUT.


Long ago, the people of the Kharidian Desert lived prosperous, luxurious lives, under the watchful eyes of their beloved gods.


All that changed when Amascut, the Goddess of Rebirth, became corrupted. She was reborn as The Devourer, intent on consuming every living soul in existence.


Deep within the desert, an ancient tomb has long hidden a great power – and The Devourer is determined to harness it at any cost.


If she succeeds, all hope is lost. You must traverse the tomb’s many obstacles and foil her evil plans… before it’s too late.


The following worlds will now be dedicated to Tombs of Amascut: 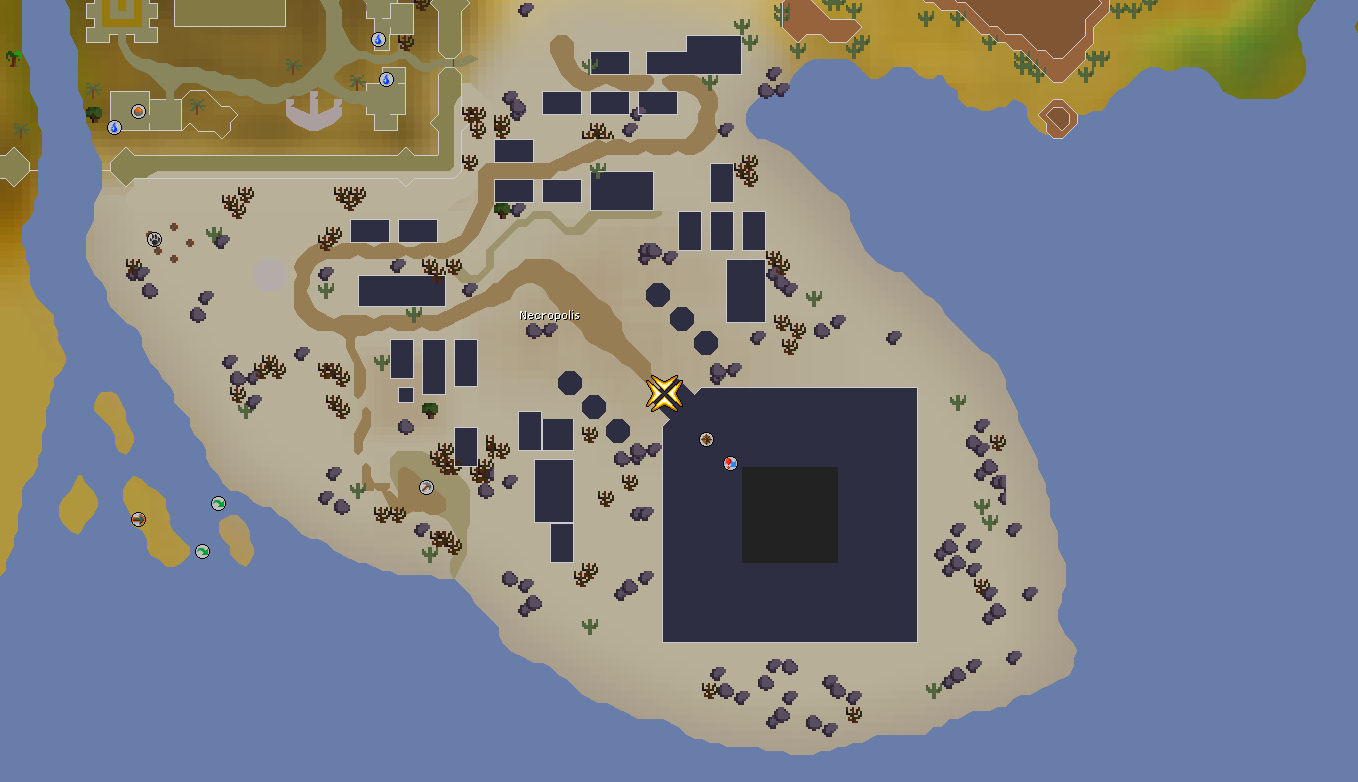 Now you’ve completed Beneath Cursed Sands, you should be intimately familiar with the Necropolis. When you’re ready to take on the Raid, just go there and make a beeline for the Giant Pyramid. You can’t miss it!


If you don’t fancy trekking through the desert, there are a few travel options which should make your journey to the raid less arduous: 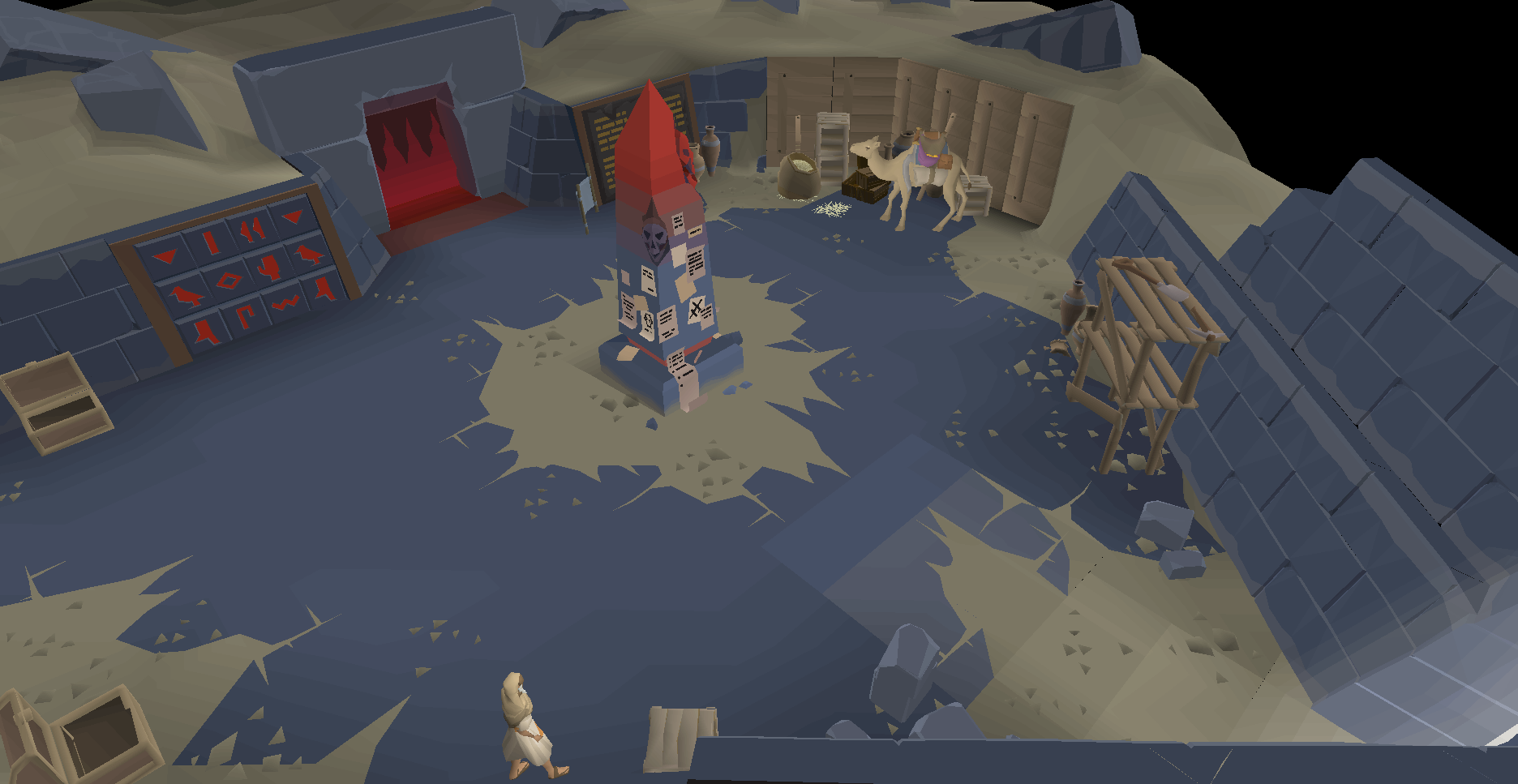 Upon entering the eponymous tomb for the first time, you’ll be met with a cutscene where Maisa will explain how you can help put a stop to Amascut’s plans.


Once inside, you’ll see a few noticeable features:

Creating or Joining a Party 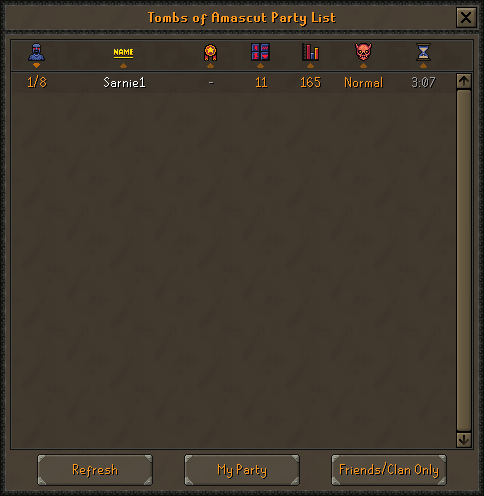 You can use the Grouping Obelisk to either create a party or join one using the relevant buttons.


In the Create a Party menu, you can see an overview of your current party members and a big list of everyone waiting to join. You can also set your Invocations and see a nice summary of all the modifiers and restrictions in place for your Raid.


To join a team, pick a party you like the look of and then click ‘apply’ to… apply! From there, the leader can either accept or deny your application. Easy!


The Invocation system is one of the features that sets the Tombs of Amascut apart from our previous raids. This innovative system will let raiders customise their experience inside the tombs like never before, giving newer adventurers the chance to learn the ropes and letting veterans build on the mechanics they’ve mastered to create whole new challenges.


Sounds good, right? Read on to learn some of the finer details about how Invocations work.

If you want to find a list of all the Invocations featured within the Tombs of Amascut, then head on over to our friends at the Official OSRS Wiki, who have a page full of ‘em! 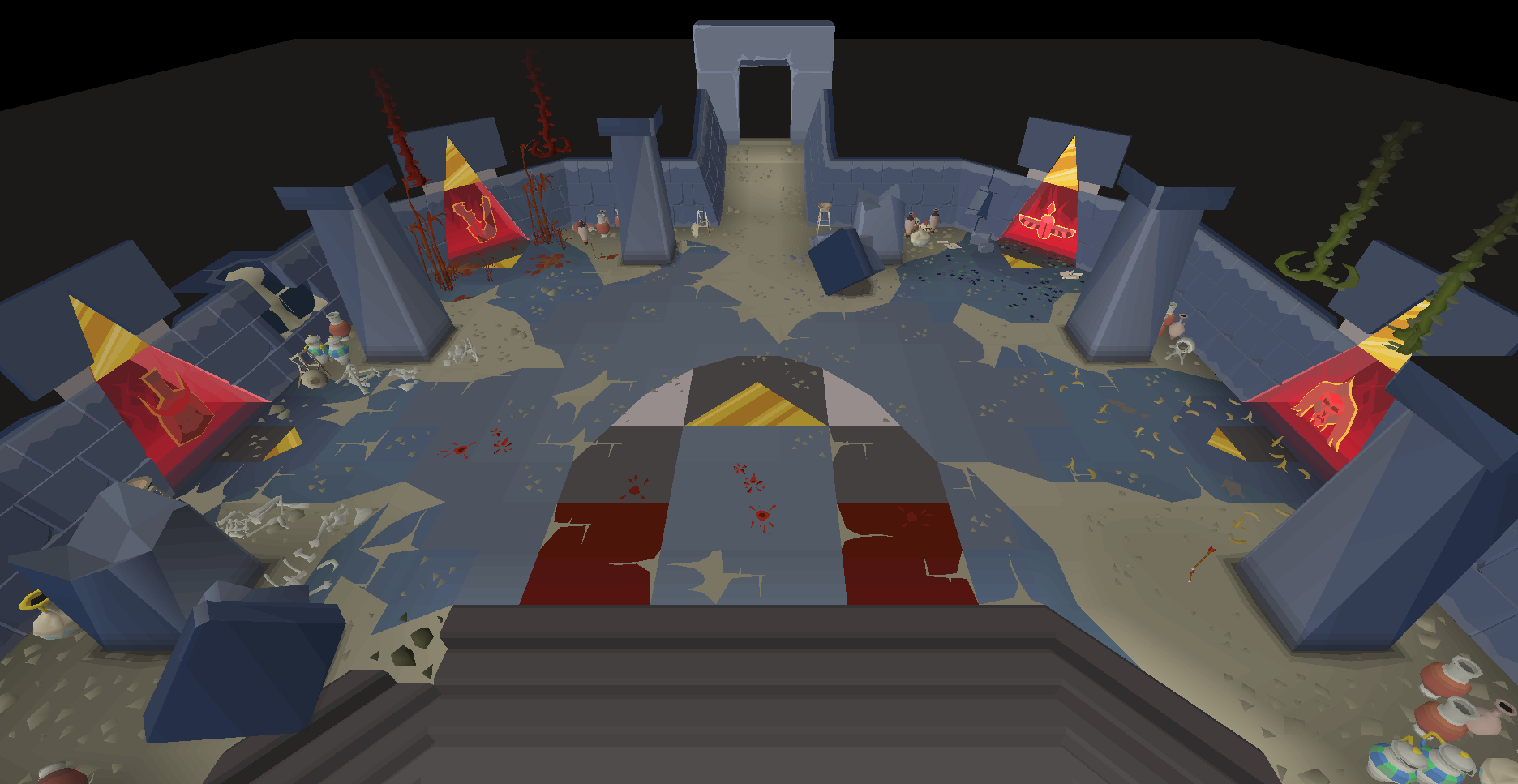 Where to find the bosses in order from left to right: Akkha, Zebak, Kephri and Ba-Ba


Invocations aren’t the only way you can customise your experience in the Tombs. Once you’re in the raid, you’ll be presented with five doors. The one in the centre will take you to the Raid’s final encounter, but before that, you’ll have to take on four uniquely challenging paths. Each path leads to a dangerous boss – a powerful creature corrupted by Amascut.


It’s up to you which path you tackle in which order, so once you’ve become familiar with each one, you’ll be able to choose which order suits you best. Here are the options:


Be aware that you cannot return to the main room until the path you’re on is completed – so choose carefully!


Once all four paths are complete, the last doors will unlock, and you’ll be able to take on the final encounter.


If there's one thing any self-respecting ancient tomb pretty much guarantees, it's the presence of hidden treasures. Brave the Tombs of Amascut and you might just walk away with one of the many spectacular rewards on offer.


Although these are all the rewards we plan to offer at launch, we’ve noticed that a lot of you want to keep the theming of new gear consistent with existing useful items. We definitely feel like we’ve achieved that in Tombs of Amascut, especially considering the feedback on the Masori Armour set.


But hear us out… what if there were even more rewards on the way?


As an extra treat, the team have created Ornament Kits for the following items: 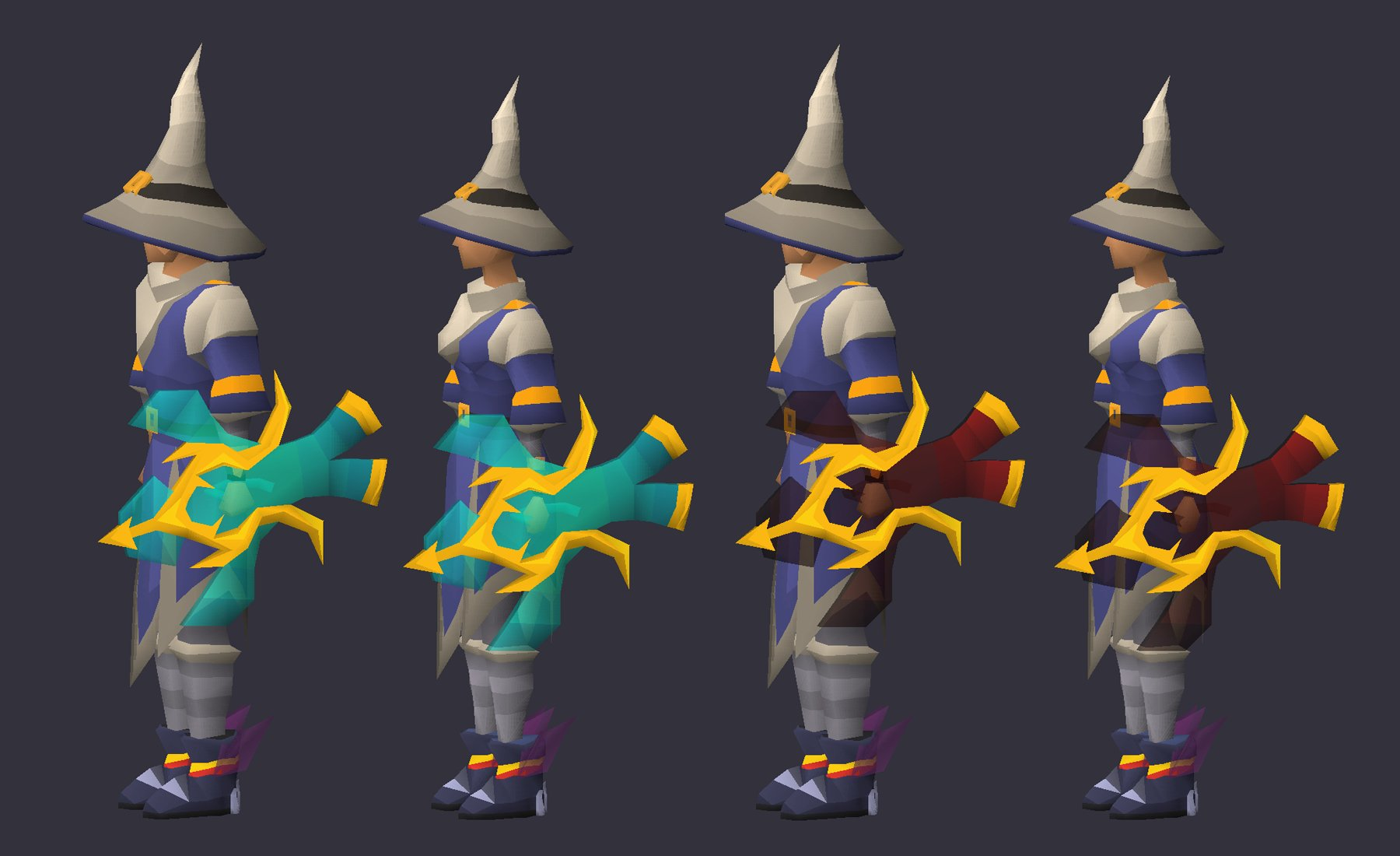 A WIP image of the Elidinis' Ward Ornament Kit, showcasing a similar look to the Shadow of Tumeken.

A WIP image of the Osmumten's Fang Ornament Kit, showcasing the corruption that has taken root within the Tombs.


We bet you can’t wait to get your hands on these – but here’s the catch: they’re currently unobtainable.


We’d like to see how Tombs of Amascut settles in before promising players new ways to up their fashionscape. We want to get the lay of the land and make sure these funky new items are placed at the right difficulty level.


So while they won’t be added with today’s update, there’s still lots of discussion to be had. Let us know what you think of these alternate designs and tell us how you think they should be obtained. Follow the feedback links at the end of the post to share your thoughts!


As always, we’re keeping a close eye on the competition to complete Tombs of Amascut first. This time, however, there will be two additional prizes for the first group to complete the raid on Normal and Expert mode.


The first teams to complete these achievements will receive 12 Months of Membership each, so you can carry on raiding right through 2023!


We’ll be verifying each achievement behind the scenes to ensure there’s no funny business going on.


We’ll also be looking out for any other notable achievements – keep an eye on our socials for all highlights and updates regarding Tombs of Amascut.


The PvP Arena is using 'Zerk' loadouts in Ranked Duels and Tournaments this week.