In this week's update, the Ninjas have been getting up to mischief with fish (both of the jelly and regular variety) and Wiki functionality! Find out all about it in the Game News and Patch Notes tabs, then get yourself over to the Community Tab for a cheeky preview of Construction Contracts and some amazing player artwork.

We're going Wiki wild in this week's update with another Ninja Strike! In other news, we've got a special preview of Construction Contracts, a range of new lines in the Merch Store, and an important change to Oddments.

The Ninjas have hit the books this week to bring you more visible Wiki functionality, plus loads of other quality of life changes. We're also welcoming a new recruit to the Dojo - read on to meet them!

As you know, you can type '/wiki' into the Chat Box to learn about all kinds of topics at the press of a button - but we reckon it would be nice if that functionality was even easier to access. In this week's strike, the Ninjas have added a new Wiki button to the right-hand side of the Chat Box. Just click the button (or assign a key bind), type in your search term, and away you'll go!

Of course, those of you who like to do things the old-fashioned way will still be able to use the existing '/wiki' feature.

And those of you who like to do things the really old-fashioned way can find the full RuneScape Wiki right here. Enjoy!

We don't know who this 'General QoL' fella is, but he comes up an awful lot, so he must be one of the Ninjas' greatest foes!

This week they've undermined his nefarious deeds in the following ways:

Got partially eaten Jellyfish hanging around your Backpack? That's super gross, but here's something even grosser - from today's update, you'll be able to squish them back into one big jellyfish snack with the help of either War or a fisherman in the Deep Sea Fishing Hub. Mmm... slimy!

Sticking with the maritime theme, you can now 'Deposit all' fish in the Menaphos VIP and Port area Deposit Boxes and Banks, just like you can in the Deep Sea Fishing Hub. Hopefully they've got a bag of ice in there...

This week's Patch Notes contain all you need to know about this week's Ninja Strike. Go take a look! We'll wait!

A new Ninja! Mod Frosch has joined the fight as a Junior Content Developer. So heat up the sake and give a warm Ninja welcome, please!

Join our J-Mods as they clamber over the scaffolding of Construction Contracts and lay out the blueprints of this new, exciting way to train Construction.

You can join the stream on the RuneScape Twitch channel at 17:00 Game Time on November 10th. Don't forget your hard hat!

There's a brand new drop waiting for those of you who've linked your RuneScape and Prime Gaming accounts! This month, you'll get 7 days of membership - just the thing for taking full advantage of Double XP LIVE.

Find out more on this page.

As part of our ongoing efforts to balance the game, the following Oddments Store items are now subject to a daily maximum buy cap:

The cap resets every day, after which point you'll be able to purchase these items up to the cap once more.

For those of you who missed our post last week, we'd like to apologise once again for the unavoidable delay of this year's Golden Gnome Awards.

The new date for the all-dancing, all-digital ceremony is Friday, November 20th at 19:00 Game Time. We'll see you there!

Okay, it might not officially be winter yet - thank you, Reddit community - but that doesn't mean we can't get that Christmas spirit going! In the Official Merch Store, we've got a whole stocking full of treats!

First up, we have three new RuneScape-y designs in our popular deskmat range: the Queen Black Dragon, Nomad, and Mah.

Next up, we’ve got a cosy new piece of apparel: the PK Skull Varsity Jacket!

And in case you missed it, tracked shipping is now available on all Merch Store orders. Spend over Ł80 (that's $100 for our neighbours across the pond) and you'll get tracked shipping for free.

Check out the full range here, on the Official Merch Store.

The Ninja Team were at it again this week, striking down fiddly Wiki commands, doing weird science on a bunch of jellyfish, and frantically stuffing fish into Deposit Boxes. Shall we see what all that was about?

We are aware of an issue where the right-hand portion of the Wiki button won't register clicks if the 'Click-through Chat Boxes' setting is toggled on. We are working to rectify this.

In this week's Community Tab, you can catch up on Construction Contracts, chill to some player-made Rune Tunes, and learn a top-secret Wiki tip!

You know the premise, now nail down the details! Join our J-Mods for an in-depth look at Construction Contracts. All (or at least most of) your questions will be answered!

Our featured streamer this week is Woutiiee, who'll be going live on Wednesday November 11th at 12:00 game time to polish off the last couple of gear upgrades for his Ironman. Expect Elite Dungeons, Nex: AOD, Solak, and maybe even a couple of clue scrolls.

If you press the 📣 icon on the main page of the Wiki (or just, y'know, visit this link) you'll be taken to a feed of all kinds of curated RuneScape news, including developer tweets, newspost updates and more! It's a great way to keep up with what's going on. 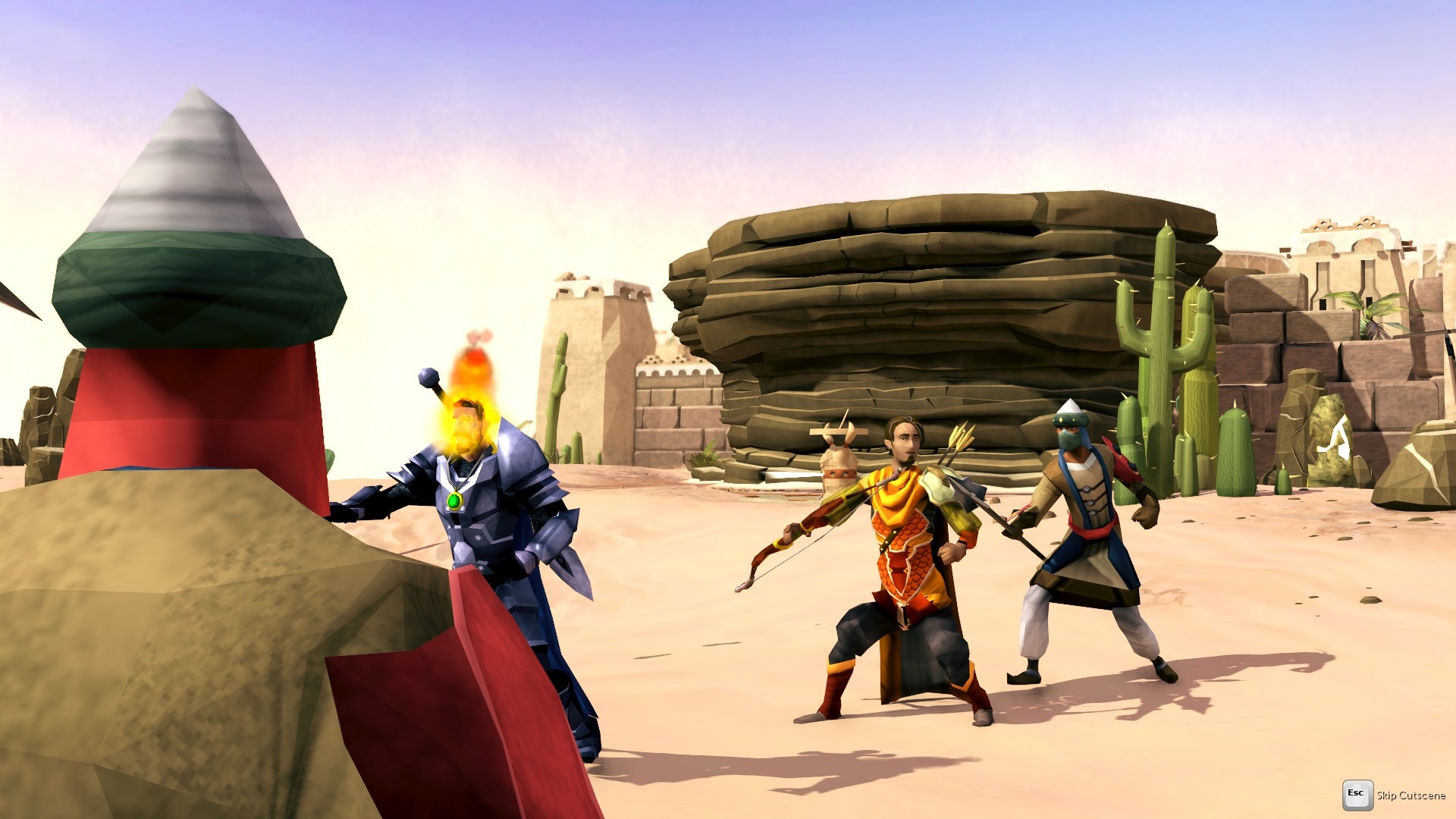 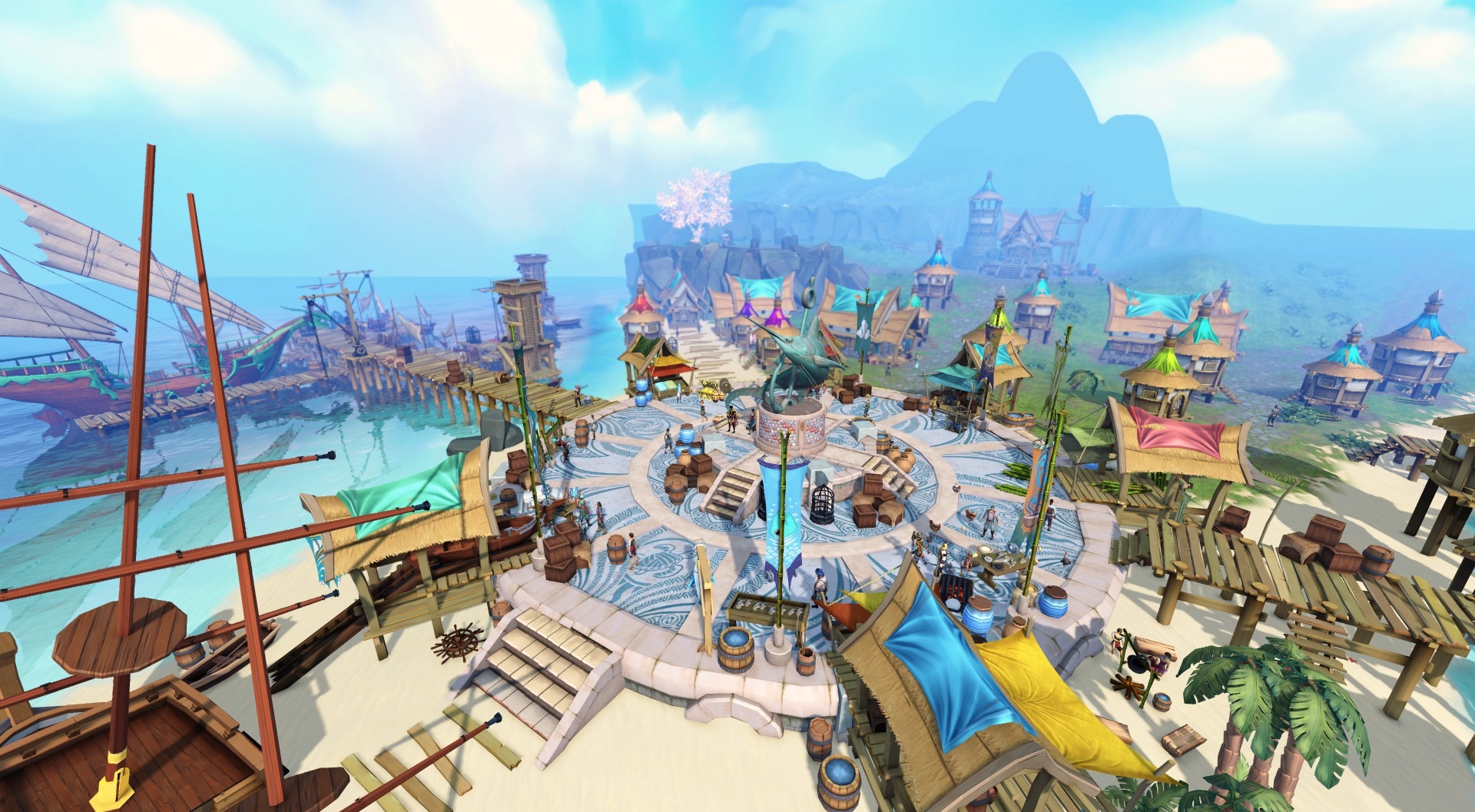 Happy (belated) Birthday, Prezleek! You may not be celebrating with a Golden Gnome this year, but at least Mavrick882 has drawn this scrumptious looking cake. Don't suppose there's any left for us starving newspost writers, is there? No? Worth a shot.

All we've got to say about this is: WOW. WE LOVE THIS SO MUCH! Sw1tchbl4de has done an incredible job! Look at the colours! The expressions! Amazing job all 'round.

It's time to settle our nerves with this hauntingly beautiful elven-style piece by Gawkie, fittingly titled 'A Rest in Prifddinas'. We love listening to player-made tracks, so if you've got the audacity - or indeed, the Audacity - to make one, send it our way!

For this week's Pink Skirts Event, better bring your A-game, because you're taking on the Kalphite King! Join Dj Whiggsy and Capt Obv this Tuesday, November 10th from 20:00 - 21:00 Game Time on World 68 to join in the fun!

For more details, add Dj Whiggsy to your Friends' List or check out the full list of Pink Skirts events here.