This week sees the end of the Twisted League, the opening of the League Reward Shop, and some more game improvements from Poll #69. 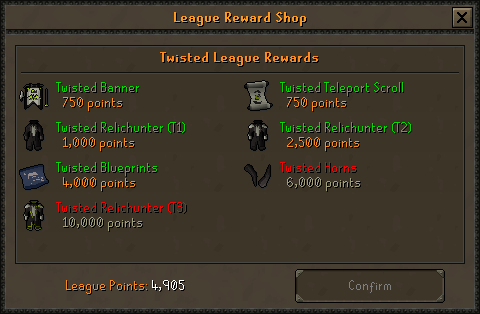 After two months, the Twisted League has come to an end. It’s been amazing to watch all of you run (no offence, Walker Gang) around Kourend and Kebos, earning League Points and in general, having a great time. We’ve gathered a few Twisted statistics that we’d like to share: 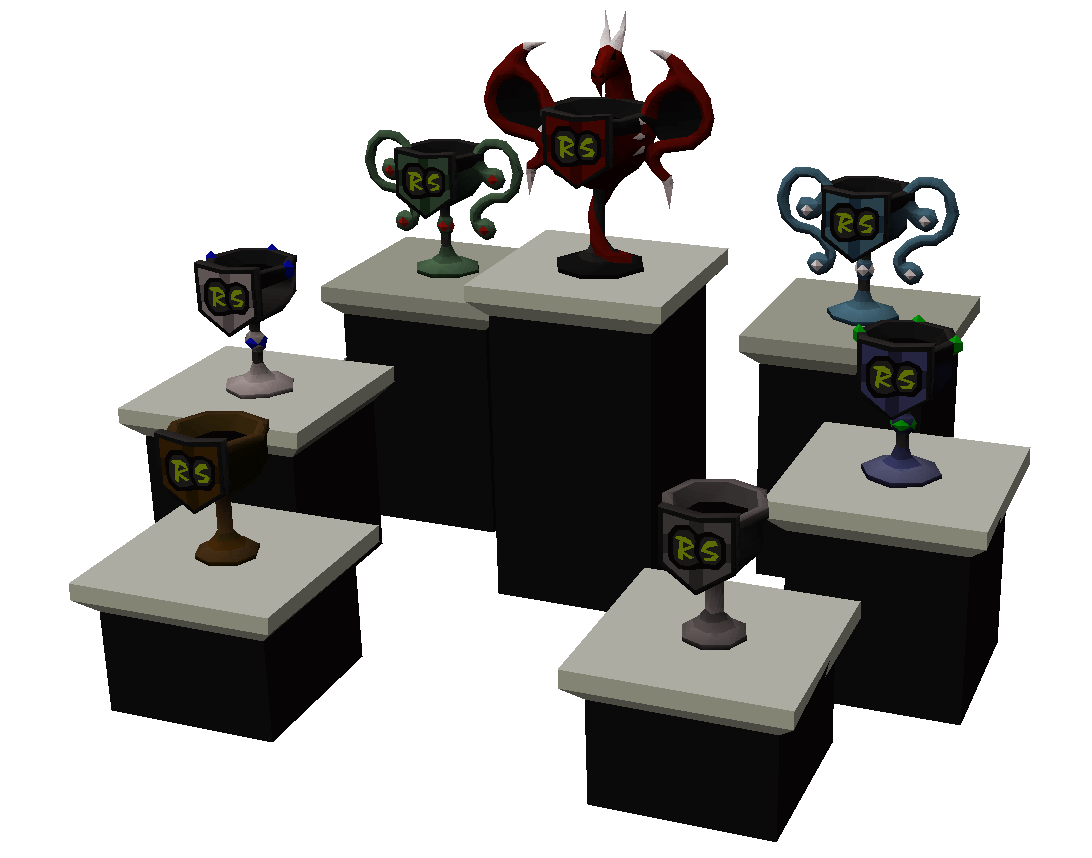 Oh, is there something we’ve missed? Don’t worry, we haven't forgotten to hand out your Twisted League Trophies!

To claim the untradeable Trophies for your rank, log into the account you played Twisted League on, and speak to the Leagues Tutor on Kourend and Kebos. The final rank thresholds are as follows:

Players who have not logged in to Leagues since the update which allowed the automatic claiming of League Points will be teleported to a black void upon logging into the Twisted League world. But don’t panic! This temporary state will only last until the system has recovered your unclaimed League Points and calculated your final point total. You'll be logged out once the points are claimed. If you are a member use the member Twisted League worlds, or if your membership has run out you can use the F2P Twisted League worlds.

Players who do not have any League Points to claim will not be able to log into the Twisted League world and need not fear the black void of calculation.

With the close of the Twisted League, the League Reward Shop has opened for business! You can access the shop by talking to the Leagues Tutor, who is still hanging out in Kourend Castle.

The table below details the rewards available and their cost in League Points:
All three tiers of Twisted outfit, as well as the Twisted cane, can be store within your POH. Trophies are reclaimable from the Leagues tutor. The blueprints (POH wallkit) can be reclaimed from the estate agent should you wish to change your house theme. The Twisted helm will work like any other recoloured Slayer helm. If you die in non-PvP encounters then you'd keep the helm (as you would with other helms). If you die in PvP encounters then you'd lose the helm (and the PKer would get a Black mask, as with other helms). We’d like to thank everyone who played through Twisted League and gave us their feedback. We’ve taken it on board as we explore ideas for future Leagues. We'll share news of upcoming Leagues as we're able to.

Poll #69: Game Improvements
We’ve made some changes to the game based on the results of Old School Poll #69. Portal Nexus and Portal Room 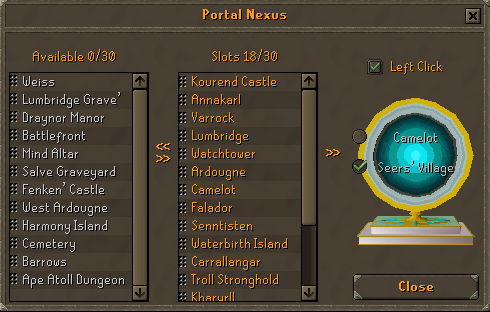 The following Arceuus and Weiss teleports have now been added to the Portal Nexus and Portal Room in the Player Owned House:

You must have a minimum of 60% Arceuus favour to add these teleports to your Portal Nexus. We have also removed the animation from the model in the Portal Nexus interface to make the text more readable. Glowing Dagger and Blurite Sword

Players can now get the Glowing Dagger and Blurite Swords after finishing the Legends’ Quest & The Knight’s Sword.

In order to obtain a new Blurite Sword post-quest, players must give Thurgo a blurite ore and two iron bars.

In order to receive a new Glowing Dagger, players can speak to Radimus Erkle.

Additionally, the stepping stones in Legends’ Quest will no longer prompt the player about crossing if they have finished the quest.

You can now use a Bruma Torch to light braziers and smoke traps.