Are you ready for some fun in the sun? We hope so, because this week The Beach is coming back to Gielinor! For those of you who’d prefer to stay in the shade, we’ve got details about our newest quest and some important changes to account security.

From July 20th to August 10th the Lumbridge Crater will be transformed into a scorching hot island paradise filled with fun and rewarding activities – including everyone’s favourite Dungeoneering hole.

The rewards this year include the stylish Selfie! emote and the awesome Crustacea armour set.

See all the details in the dedicated Beach newspost, which you can find here.

You know what they say, right? ‘Desperate Times’ call for ‘Desperate Measures’!

When it hits Gielinor next week, RuneScape’s newest quest will see you scouring the shores of Anachronia in search of Kerapac’s lair, unearthing long-buried secrets and defending against droves of dinosaurs.

To get started, you’ll need level 75 Combat and level 50 Archaeology and Agility. You’ll also need to have completed ‘Desperate Times’, the thrilling first instalment in the Elder Gods storyline.

You can catch up on the story so far right here in the dedicated newspost.

We’re making playing on the move a little easier.

When playing on mobile, you’ll no longer be asked to enter a Jagex authenticator code if you’re logging in with either a Google or an Apple account, or when using the ‘Play Now’ button to start the game.

The reason for this is simple: when you sign in with these products your account is already being authenticated, so the Jagex authenticator is an unnecessary step. This change lets the mobile client handle third-party log-ins the same way the website does.

If you currently use Google Login or Apple ID Sign-In, we recommend enabling their respective authenticators.

These changes will not prevent you from using your authenticator as a Bank PIN.

We’re of course still working on other changes that will improve account security across the board, and will update you when we have more specific information to share.

We hope you’ve brought triple the treats this week because everyone’s favourite three-headed hound is back!

From July 23rd to Monday 27th you’ll have the chance to win some hellishly cool prizes – including Cerberus himself, now available in adorable, dribbly pet form.

This month’s Twitch Prime reward is a whopping four free Umbral Chests, each with a super-rare prize inside. There’s all sorts of goodies you can win, including some super snazzy cosmetics!

To claim, all you have to do is link your RuneScape and Twitch Prime accounts. Click here to see all the details.

This week’s update includes changes and fixes to all kinds of stuff, including potions, skill guides and the Globetrotter Shorts. Let’s take a look!

Welcome back to another Community Showcase! This week you’ll get to dive deep into the story of ‘Desperate Times’, post some of your favourite RuneScape parodies and join the Pink Skirts for another bossing adventure. Let’s take a look!

Refresh your RuneScape knowledge ahead of ‘Desperate Measures’ with a bumper edition of the weekly livestream featuring all the most lore-some J-Mods.

Join Mod Hooli for some casual skilling! Hop into World 25 to join the fun!

Did you miss last week’s Quest Drawing livestream? No worries! You can catch it right here. Enjoy!

Our Featured Streamer this week is Daniii, who’ll be trying to polish off the Insane Final Boss achievement. Go cheer her on this Saturday July 25th at 12:00 Game Time.

Check out her channel here!

Video of The Week

New feature alert! Every week, we’ll be selecting our favourite videos from the community and showing them off here.

This week’s highlight is ClareBear_CB’s Road to Max videos. The race to reach max level is always exciting, but this creator’s grounded and informative commentary makes this one extra-helpful!

Check out the full series here, along with Clare’s excellent quest walkthroughs. Here’s one for Goblin Diplomacy!

This week we want to showcase this awesome animation from enkodraws, featuring a villainous-looking Kerapac about to tap into the power of the Needle!

By the way – do you remember Runegisel’s adorable goebie painting from our Forum Spotlight a few weeks back? Then you’ll be happy to hear that the little guy is finished, and looking cuter than ever! Great job, Runegisel! 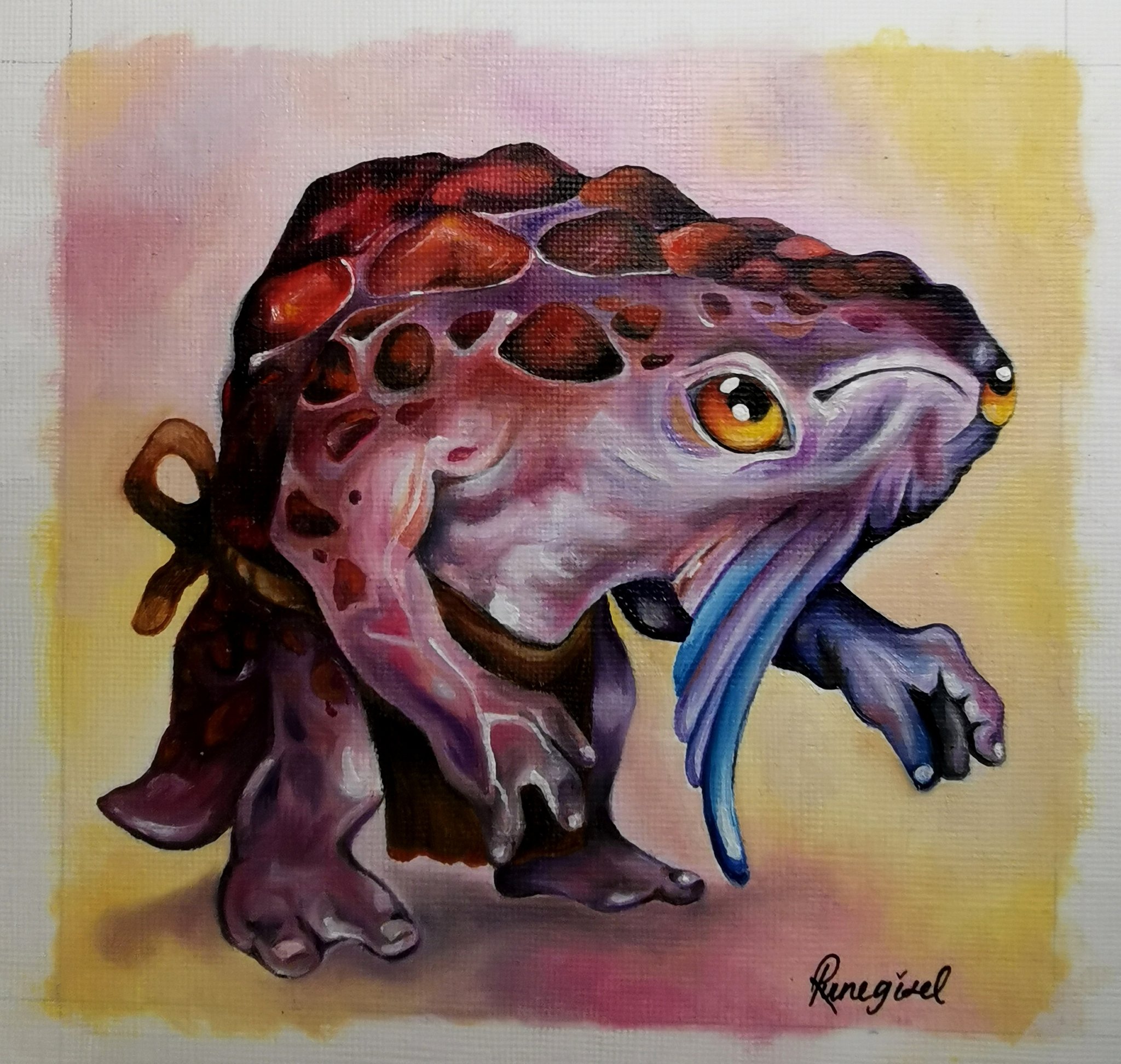 What’s up, hoopy froods? That’s what the young’uns say, right? Just a friendly reminder that you can find a whole bunch of seriously tubular behind-the-scenes content over on our TikTok! It’s the bee’s knees, the cat’s pyjamas, the dog’s – well, you get the picture. Catch you on the flip-side!

I see a little silhouette-o of a thread… it’s RuneScapian Rhapsody, this week’s Forum Spotlight! The master of ceremonies, Trewavas, wants to hear your best RuneScape-themed musical parodies.

If you’ve got a tune or two up your sleeve, go and post them here. We can’t wait to listen in!

This week the Pink Skirts, under the watchful eyes of Umami, Ideal Gamer and the Norge clan, will be leading the charge against Vindicta in The Heart of Gielinor. If you want to get in on the action, simply show up at The Heart on World 5 at 16:00 Game Time on Friday July 24th.

For more information, add Umami to your Friends’ Chat, or see all the details here.