This week we’re getting quizzical with the first of our major charity initiatives: The Drop! Read on for more about that, plus our upcoming livestreams, Archaeology and Zodi-Yak Track. 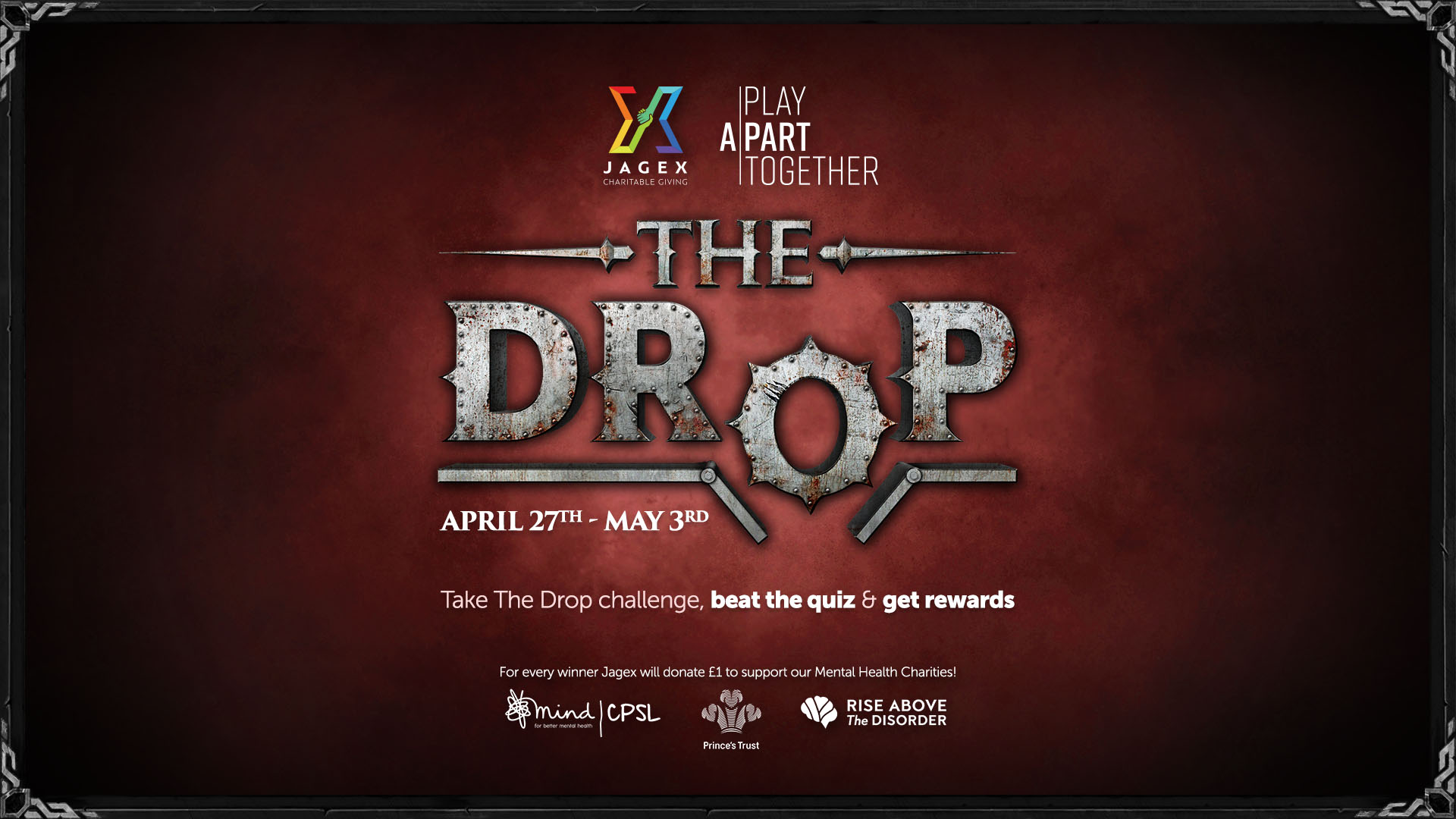 Calling all quizzards, triviarangers, and wiki warriors! We need YOU to help us raise money for our three charity partners, all while having a fact-tastically fun time. In The Drop, Gielinor’s wackiest quiz minigame, you’ll use your knowledge to answer 12 progressively trickier questions. The winners will receive a new title, some lamps, and some stars – but get a question wrong, and you’ll be DROPPED.

To take part in The Drop, test your knowledge, and win those prizes, speak to Charity near the Burthorpe Lodestone. The Drop opens every 30 minutes, on the hour and at half-past every hour, at which time there will be a 2 minute window for anyone wishing to join in to get involved.

You can face the challenge as many times as you like between April 27th and midnight on May 3rd. For every player who takes on The Drop one or more times, Jagex will donate Ł1 to our charity partners, up to a maximum of Ł34,500. Don’t worry if you get a question wrong – you can try as many times as you like. And there’s good reason to, as get every single question right and you’ll grab yourself a title and some rewards!

So what are you waiting for? Go test your knowledge and win those prizes!

For more information on The Drop, see this news post. 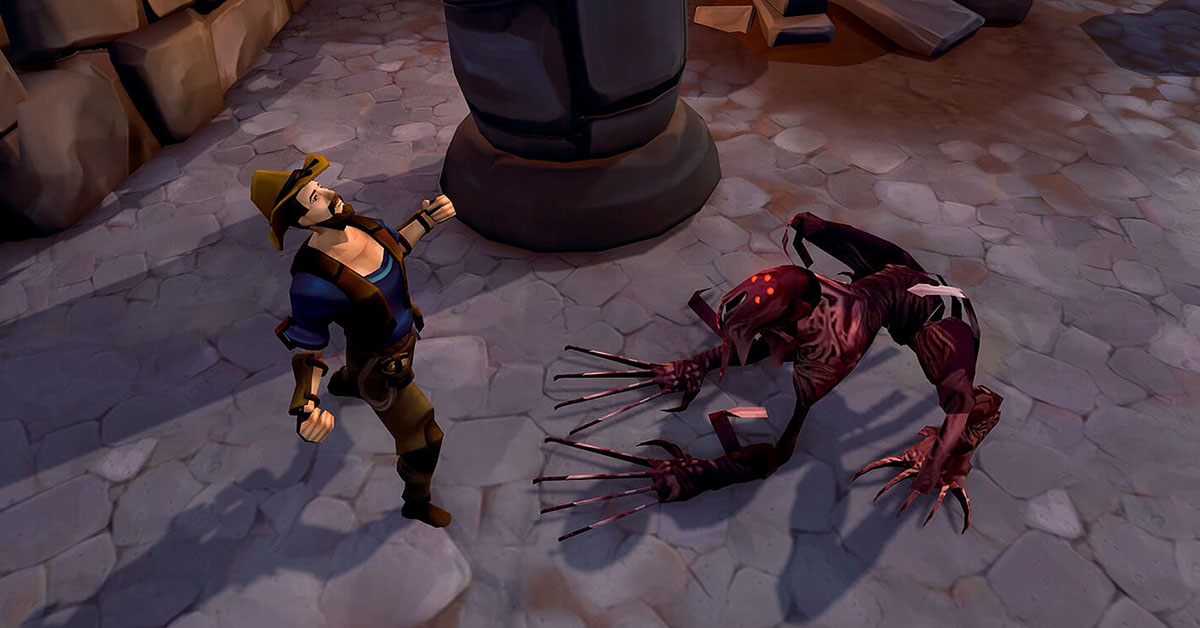 On Thursday it’ll be exactly one month since Archaeology launched. Since then we’ve seen thousands of you uncover Kharid-et, clamber up the Everlight, and dig deep into the Infernal Source. But that’s not all we’ve been watching – we’ve been paying close attention to your feedback, and constantly adjusting the skill to make it even better to play. For example, this week we’ve made the following changes:

Psst, want to see some top Archaeology tips? Take a look at this video, created by Dexxon, and discover how to up your game!

There’s just one week left to play Zodi-Yak Track and bring all those cosmic items home! From the adorable Cosmic Billy to the baa-dass Sheratan Mercenary armour set, there’s something for every star sign – yes, even you, Sagittarius.

And if you’re looking for an excuse to really dig into Archaeology, there are a whole bunch of Archaeology-focused tasks to try.

The Zodi-Yak Track will close on May 3rd, so if you’re planning a stellar sightseeing trip, now’s the time to blast off!

The Player Gallery competition has closed! We’ve received all your entries, from the weird to the wonderful, and judging will begin shortly. Keep your eyes peeled for when we announce the lucky winners in the coming days!

This week’s Patch Notes are anything but patchy! We’ve made all sorts of fixes and changes, including the following:

As part of the #PlayApartTogether campaign we’ll be hosting fortnightly discussions with our charity partners, where you can ask questions about their work and discover how you can boost your mental health in these trying times.

This week’s guests will be the amazing folks at Rise Above the Disorder (RAD), a charity dedicated to making mental health care accessible for everyone. RAD offers a range of support options and this’ll be a great opportunity to find out how they can help you and the people you love during isolation.

The AMA will take place on our Discord server between 18:00 – 20:00 on Thursday April 30th. We look forward to seeing you there!

Here’s another reminder of our upcoming livestreams, guaranteed to keep your attention span locked down during lockdown.

Statistically speaking, this is one of our most requested streams. We’ve got all the answers to the questions you never thought to ask, like ‘How many people die to goblins?’ and ‘What does the average active account look like?’ It’s a must-watch!

Our featured streamer this week is Protoxx, who recently hit a whopping 10,000,000 views on his YouTube channel! Go on and join in the celebrations – and who knows, if you’re lucky he might just share some more of those pro Archaeology tips…

Pink Skirts is a dedicated P-Mod-led community, and it invites you to a range of daily activities such as PvM masses, Q&As, and other thrilling or chillin' events! Check out all the community events organized by the Pink Skirts on the in-game calendar or on their official schedule here.