Getting Ready For Steam and Poll 74 Changes

This week, Old School RuneScape hops on board Steam!

Choo choo! We’re going full Steam ahead this week as Old School RuneScape comes to everyone’s favourite PC platform later today! So with this update, we will be opening up 6 new free-to-play worlds per region: UK, Germany, US (East), US (West) and Australia.


Our Steam release comes with 20 Achievements, 15 Trading Cards, 5 emoticons, and 6 badges to collect! We’re tracking Achievements on and off Steam, so if you complete one on another client – including mobile – it’ll still be checked off the list.


In addition to the above, we're delighted to tell you about something very cool the Steam C++ Client has allowed us to do. From tomorrow onwards Steam players will find UI Scaling in the game settings! If you have issues with it, let us know, we'll be quick to act on your feedback! 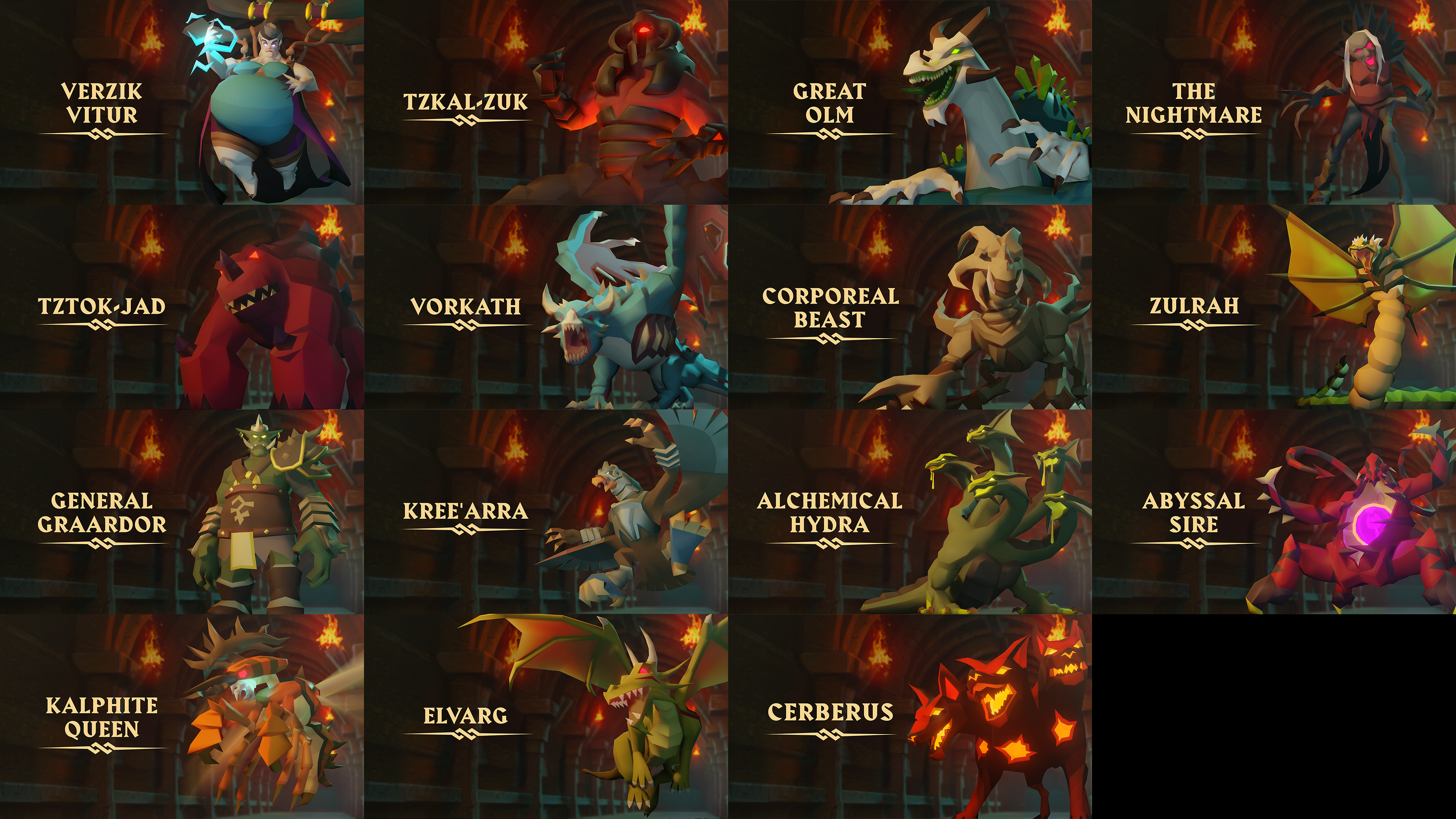 
You’re free to either link your existing Old School RuneScape account or to start afresh with a new account especially for Steam. For more information, check out our Steam Beta Announcement newspost

Remember - we're a subscription-based game, so in the Steam store you'll be able to purchase membership and the OST through our DLC bundles:

But that’s not all! On tonight’s livestream, we’ll be celebrating our Steam launch with a series of fun events, taking place from 17:00 to 19:30 GMT. Head to our Twitch Channel to catch all the action. Before then, though, here’s a preview of what you can look forward to:

What is Old School RuneScape?

We’ll kick things off with a quick run down of everything Old School! New to the game? Then this is the place to start..

Take a deep dive into the Fishing skill boss: Tempoross, Spirit of the Sea!

Take an in-depth look at one of our most exciting upcoming updates: Combat Achievements!

The J-Mods are taking on one of Old School RuneScape's toughest challenges! Will they defeat Verzik and claim their loot? Come cheer them on!

Join the J-Mods for a gander at Gielinor as we swing by the most iconic spots around the world of Old School!

Come welcome all our new players from Steam and lend a few #cutenoobs a hand!

Between all the excitement over Steam we’ve also squeezed in a few of the changes you voted for in Poll #74!


To add more, you’ll need to use a blood shard on the amulet you want to charge. This will add 10,000 charges at a time.


You now have the option to display your exact completion and kill times, based on the game cycle they were completed on.


If you prefer to keep things simple, you can still choose to round your completion and kill times to the nearest second. You can find the toggle in the Chat section of the Settings Menu.


The Nightmare’s parasites will now heal her for a random number of hitpoints within a more consistent range.


Previously, the parasites could heal between 1 and 80 hitpoints. Now, the range is between 31 and 50. This should remove the frustration of constantly rolling high heals, without diminishing the challenge of the fight.

We’ve added some new items to Last Man Standing! You can now find the Volatile Nightmare Staff, the Ancestral Hat, and the full set of Dharok’s gear to aid you in your battle.


In addition, you can now change the colour of the fog. The UI will also inform you if you are in danger.

Don’t forget, you can still celebrate our 8th Birthday with the commemorative range from Angels Scapes! The oldest fans among you will remember Tim and Crunchy, who’ve been lovingly rendered in antique nickel for this stained glass pin. If you want to take them home, be sure to pre-order here!


If you’re looking for some limited edition goodies, look no further than the special 8th Birthday Nieve pin and the classy matte gold Dragonfire Shield pin. Plus, the King Black Dragon keyring is here to keep watch over your lair.


Next up, bring a taste of Zanaris to your door with the limited edition Fairy Queen pin and the Framed Zanaris Picture pin – it’s our first ever collab with Legends Arts! If you’re feeling a bit more down to earth, the Herblore Skill Cape keyring is also in stock. 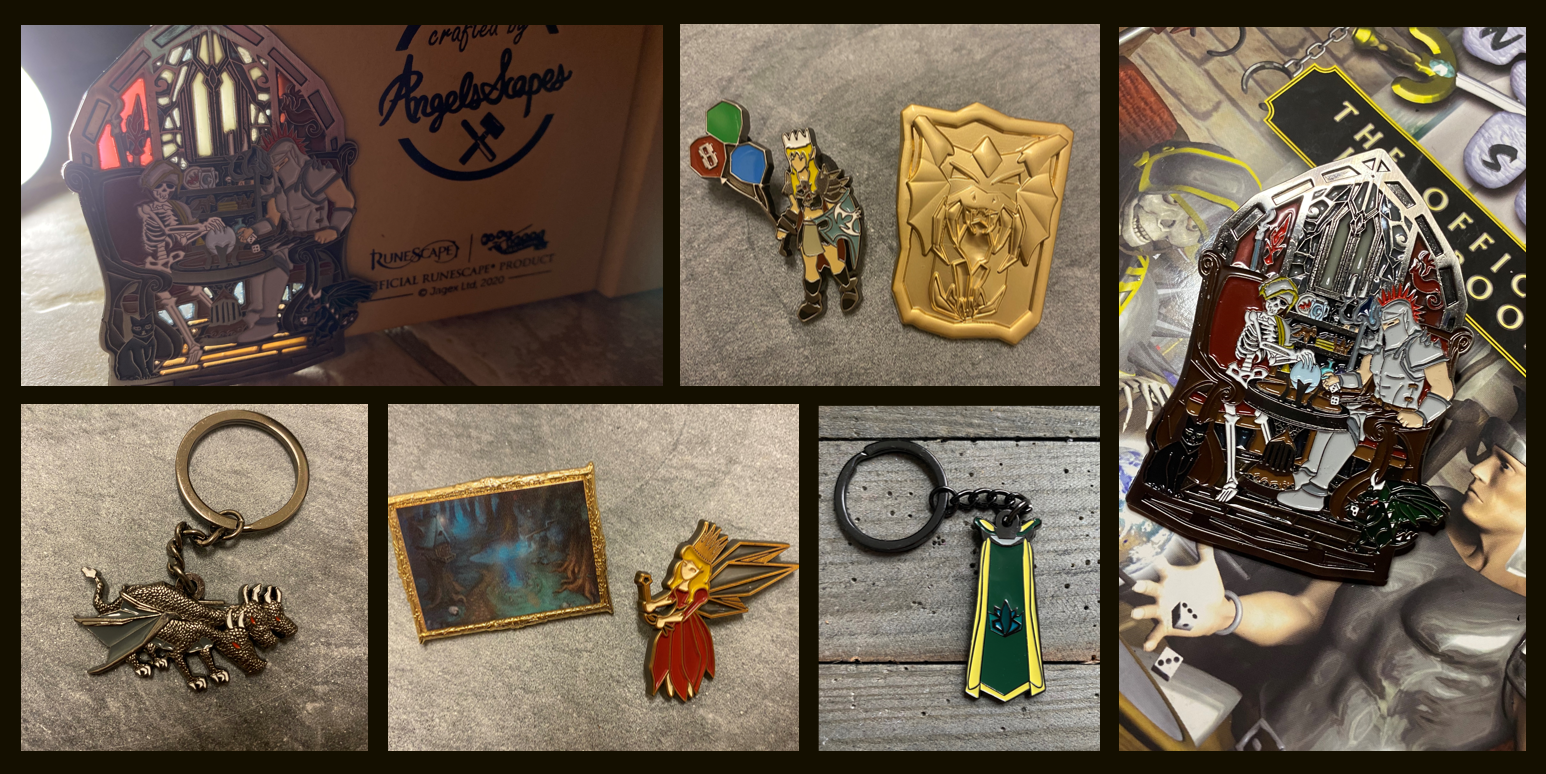 A Collection of 8th Birthday Merch!


You can listen to Old School Combat Classics right now on all leading streaming services, including Spotify, or pre-order this nostalgic 18-track album from our friends at Laced Records. All pre-orders come with a free MP3 download, so you can listen on the go!


The album is available on both 180g vinyl, in a stylish orange and red pattern, and CD! The deluxe gatefold sleeve features all-new artwork of Jad on the inside – and the front and back covers feature iconic weapons from the game and Barrows equipment arranged in the Combat Triangle. 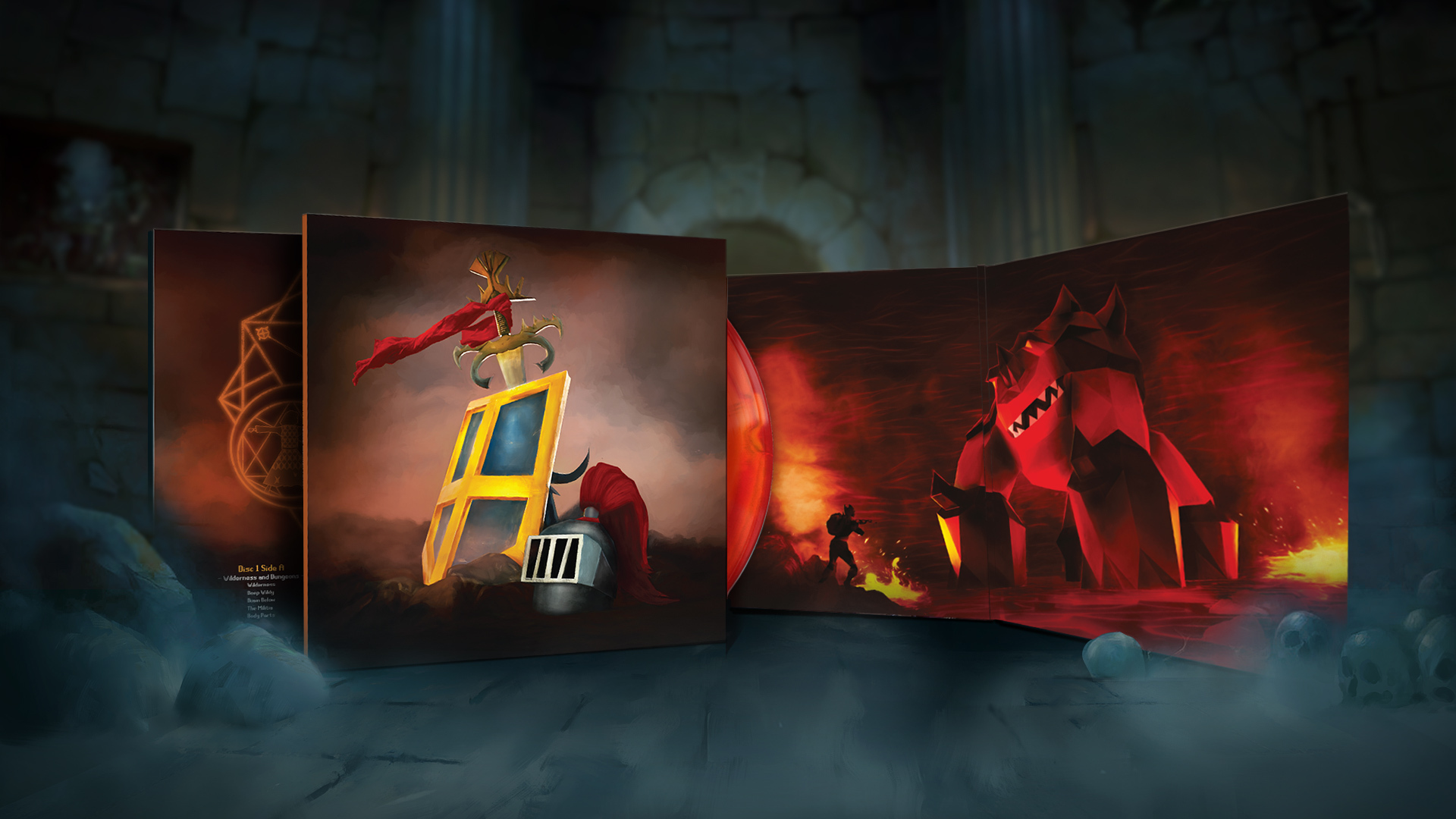 
For full details of where else you can purchase or stream this album digitally, check out Laced’s FAQ page. Or, to see all the soundtracks we’ve released so far, make your way to our Spotify , where you can find a selection of playlists.


By the way, if you’re a content creator, you’ll be happy to know that this soundtrack release shouldn’t affect your ability to use RuneScape music in streams or in YouTube videos. If you do have any issues using our music, let us know at community@jagex.com.

That's for this week's game update! We'd love to get your feedback. Based on what you tell us we'll be in a position to poll and release this content fairly soon. So please do share your feedback with us via our official forums, on the 2007Scape Reddit, or the community-led OSRS Discord in the #gameupdate channel.