We’ve released some pretty long polls recently, so in the Guthixian spirit of balance we’re keeping it short this week with a mini poll!

The next big poll will mainly focus on PvP quality of life, but this mini poll is based around feedback we've received for recent changes to various aspects of the game. We've had lots of questions and comments about these issues, and the poll questions below will hopefully address those concerns. It's a marvellous miscellany!

First up – the Ash Sanctifier. When we originally polled this item, we didn’t make it clear whether completion of the Kourend & Kebos Diary would award you full Prayer experience for scattering ashes with it. So, let’s put this to the vote:

Should the Ash Sanctifier award players 100% Prayer XP upon completion of the Elite Kourend & Kebos Diary?

We’ve seen that the recent introduction of Amethyst Darts has caused an increase in demand for Amethyst crystals. Currently, the main way to obtain these Crystals is from the Mining Guild. As such, the current Amethyst Mining spots feel a bit crowded!

We propose adding an additional Amethyst Mining spot just North-West of the current one. Right now, there are 26 Amethyst veins within the Cave. The proposed expansion would introduce 36 more, which should free up more spaces for those willing to pay the price! 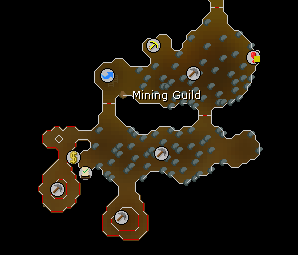 The newly proposed locations for Amethyst Mining spots within the Mining Guild (the design is not final).

Should we introduce an additional Amethyst Mining spot in the Mining Guild as pictured above?

As mentioned in our Changelog at the top of this Newspost, we'd like to give you two choices when the Poll goes live in-game on the requirement for unlocking this area:

Once accessible, the area would be permanently open to all who have paid entry. When the Poll is live, you'll be able to vote on which option you prefer!

Let us know if you like this idea, and we'll make it a reality!

Should it be possible to trade in duplicate Enhanced Crystal Weapon Seeds for Crystal Shards?

Next, we're looking at the Bow of Faerdhinen. We weren’t too sure on how the Ultimate community would feel about storing such a fearsome item within a STASH Unit. Although it is technically a Crystal Bow variant, it’s super powerful. What do you think?

(UIM ONLY) Should Ultimate Ironmen be able to store the Bow of Faerdhinen in a STASH unit, like main accounts can?

We recently discussed possible changes to the Wilderness, and one of our proposed tweaks was replacing all single-way combat areas in the Wilderness with the singles-plus format. This would mean that PvP always took priority in these areas, so if a player was in a fight with a monster, they can still be attacked by another player.

However, there's a common method UIMs use to fill their Looting Bags in low-level Wilderness that would be affected by these changes. Currently, Ultimate Iron players can 'box' a skeleton, putting them in combat with an NPC and preventing other players from attacking them. This then allows them to refill their Looting Bag. While we believe the Wilderness should maintain a healthy balance of risk vs reward (and preventing Ultimate Iron players from being able to 'box' a Skeleton would certainly increase the risk) we appreciate that this method has become an established strategy for many.

We'd like to avoid making exceptions to combat rules, so rather than making low-level areas of the Wilderness retain the current single-way combat format, we'd like to propose changing the rules of the Looting Bag itself. In future, it would be possible to store items inside it while stood within the Ferox Enclave. This change will be added unpolled for all players as part of the upcoming Wilderness changes project. However, we'd like for UIM players to decide if this change is something they can benefit from via a UIM-only poll question.

All other restrictions to the Looting Bag would remain the same.

(UIM ONLY) Should Ultimate Iron players also benefit from being able to store items inside a Looting Bag when within Ferox Enclave and the Wilderness? 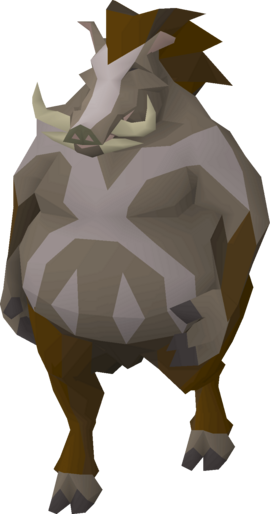 Lastly, let's talk about Sourhogs. We know that they can be a frustrating task. They're often given in high quantites, with high health, in a single combat area. This is especially frustrating whilst Turael Skipping, where players might have to complete them very often hunting for a more enjoyable task. Since Combat Achievements are just around the corner, we'd like to reduce their quantity and weighting so that players don't feel like they need to avoid completing the "Porcine of Interest" Quest to have a good slayer list.

Currently, the amount of Sourhogs that a Slayer master can require you to kill on task can range anywhere between 35 Sourhogs and 50. That's quite a large gap! For this reason, we'd like to propose reducing this to quantity to 15-25 instead, making it a considerably less tedious activity if you get, well, unlucky.

We'd also like to decrease the weighting of the task (how likely you are to get the task in the first place). It's currently a task with a weighting of 8, and we propose reducing this to 6.

We'd love to hear your feedback so please let us know what you think via our official forums, our Steam Discussion Forums, on the 2007Scape Reddit, or the community-led OSRS Discord in the #gameupdate channel.