The new-look Wilderness is popping off with a slew of skilling and combat events and miniquests!

There’s going to be more to do in the Wilderness this autumn – not just combat! We’re expanding Wilderness skilling with new events spawning regularly to get your XP up. Plus we’re throwing in some new combat encounters, and improved rare drop rates for some existing bosses.

On top of that, we’ve got three new miniquests arriving to bridge the gap between Daughter of Chaos and the final quest of the year.

Three new miniquests will be released in the lead-up to the Daughter of Chaos finale, and they’ll take you deep into the Wilderness! We’re keeping the details under wraps for now, but you’ll need to complete these miniquests to unlock the third, fourth and fifth upgrades to the Infernal Puzzle Box respectively. To get started, head to Adrasteia in Falador and find out how you can help.

The first and second miniquests will release alongside the Wilderness Flash Events system on October 17th, while the third and final miniquest will launch a little later in the year.

The Wilderness has just had a refresh and, so far, it's been entirely combat and Slayer-focused. So, we've added a new events system to give a variety of short-form encounters across a range of different skills! This should open the Wilderness up for other players, so we can all enjoy the Wildy together.

War! What Is It Good For?

The Zamorakian Civil War rages on, and the Wilderness is plagued by monstrous creatures from Daemonheim. That means new combat encounters galore!

On top of that, both sides of the demons-versus-Daemonheim conflict need supply runners, so you’ll have loads of new training opportunities as you gather resources from short-lived skilling nodes.

The new events will run on a set schedule. The encounter type and location will be decided by the system. All events are members-only. Players should start by visiting the Hosts in Edgeville (Nikkel and the Wandering Ramokee, near the Wilderness Wall). 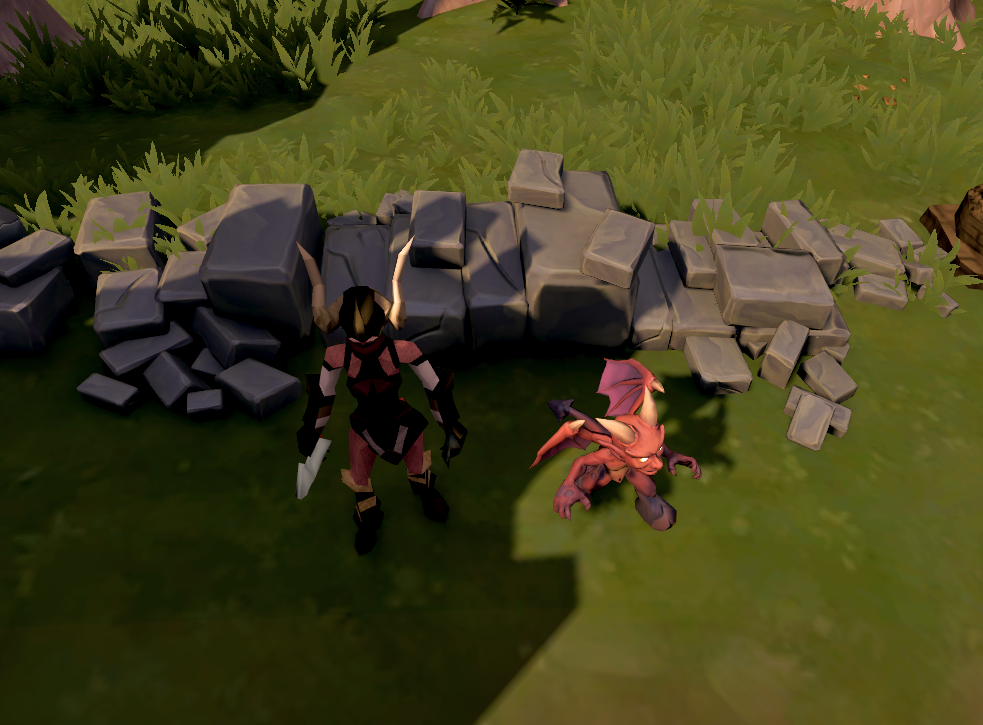 Each event will have a win condition which scales with the number of players involved. There will also be a time limit that acts as a failure condition.

Many of these encounters will have fairly simple gameplay - we don't want to overload you, especially when you'll be taking the new Wilderness threat system into consideration! Completing events will increase your threat level, so you might not want to hang around much longer afterwards...

The new system also adds combat encounters with King Black Dragon and brings lots of Daemonheim nasties out to play! 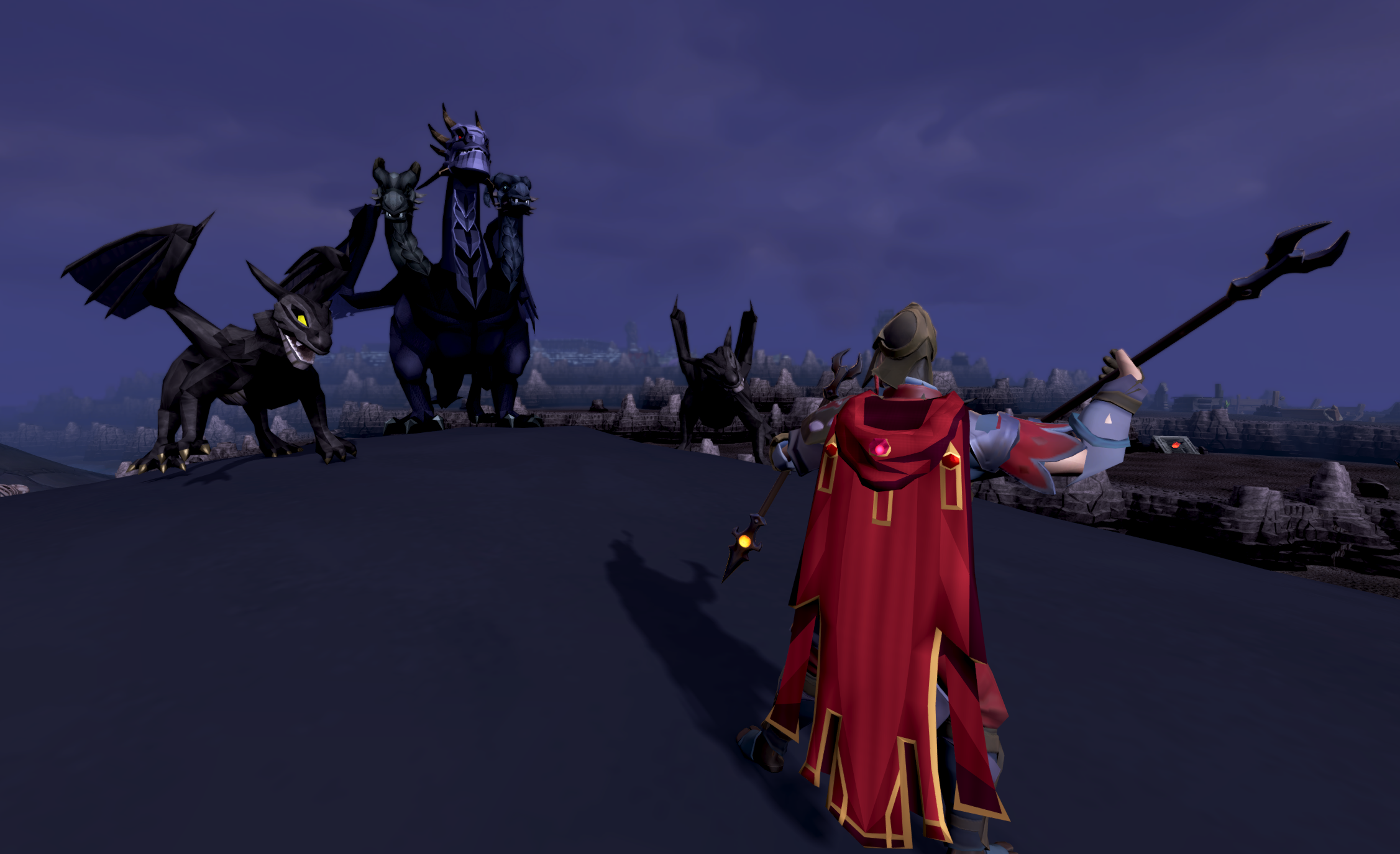 None of the events have a quest or skill requirement, but combat levels will not be scaled, so tread carefully!

You'll get a notification five minutes before an encounter spawns. Just hop over the wall to get to the location and complete the job. There will be four encounter types - general skilling (resource gathering), special skilling (new Shooting Star and Evil Tree variants), general combat (killing NPC mobs) and special combat (new miniboss encounter with the King Black Dragon). Encounters can be tackled in groups and will scale to the number of players involved. If you win an encounter, you all get rewards! 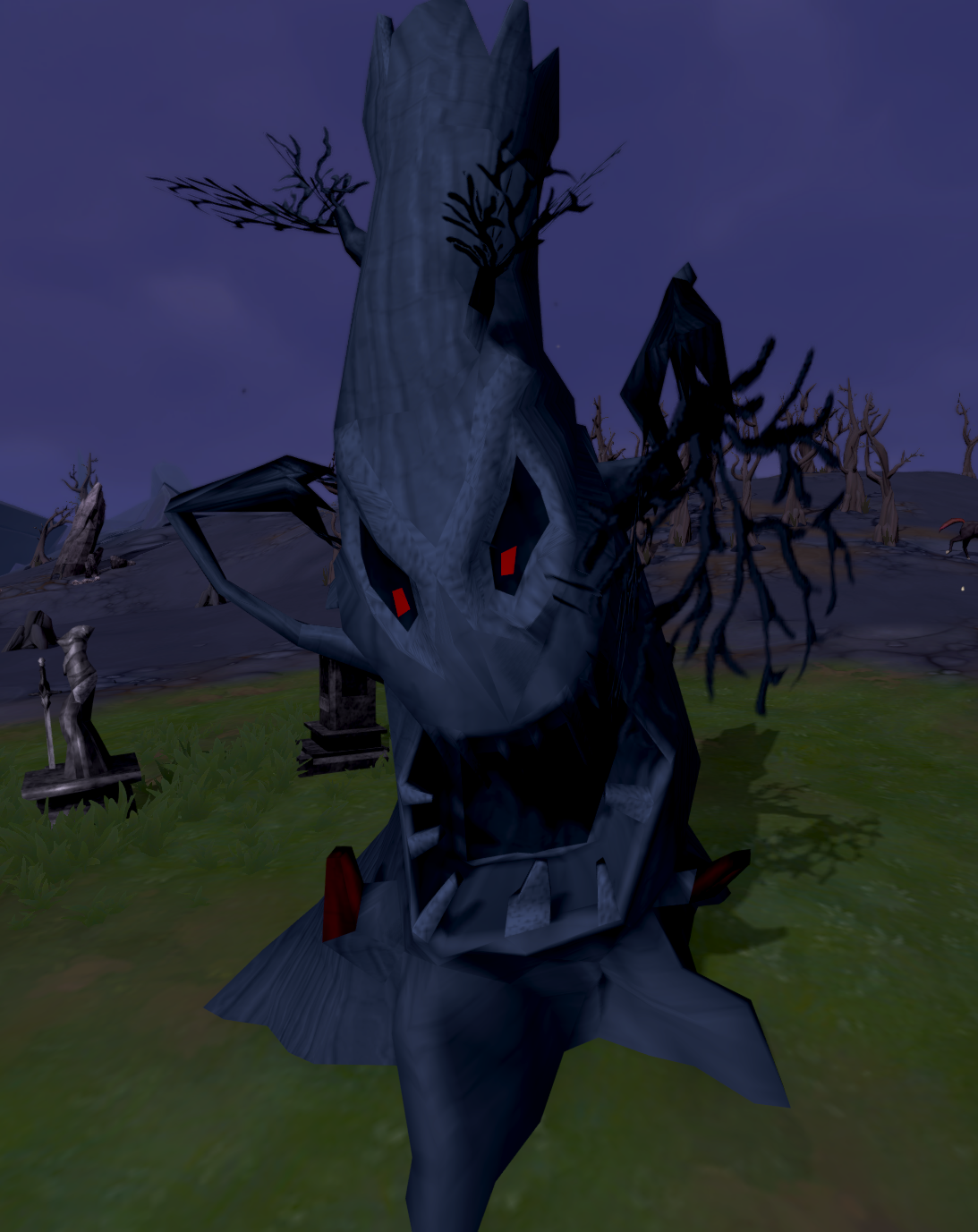 Now your threat level is up you can choose to leave the Wilderness, resetting your threat level, or risk staying longer in the area if you're feeling bold. Are you up to speed on the new Wilderness threat system, by the way? Here's the newspost if you need a refresher

Found in a new section in the activities category, Wilderness Flash Events.

There are two new achievements for this update:

So what's happening? Here's the full list, and what you'll have to do for those rewards.

After this point, the schedule repeats.

So, what do you think? Will you be skilling yourself silly, spoiling for a fight or both? See you down at the Wilderness...