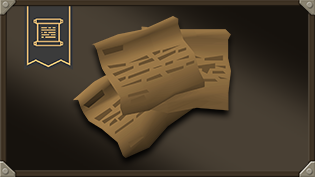 The following guidelines have been put in place to protect the interests of the game by outlining what features aren't acceptable, and by acting if these features are abused. We'd like to note that it's impossible to list every potential feature, so here we give general principles and examples. Outlining and enforcing these rules is vital to protect the integrity of the game, as well as its economy and long-term health. This isn't about us unfairly punishing players by making the game more difficult.


As per our most recent statement, we'd like to remind you that the only third-party clients that are approved for use are those in our Approved Clients list below. The use of any other third-party client may result in permanent action being taken against your account.


Any features which aid any boss fights by doing any of the following are prohibited (this includes all Raids sub-bosses, Slayer bosses, Demi-bosses, and wave-based minigames, including the Fight Caves and Inferno):

In addition, the following menu changes are prohibited:

The following interface changes are prohibited:

Here’s a larger list of specific feature examples which are unacceptable. This is still not exhaustive but should give a clearer idea what is not acceptable.

Any features which act similarly to those described in the above list can also be considered unacceptable, and as we become aware of features we reserve the right to add features to the list in future.


We’ll continue to work with players and developers alike in order to make it perfectly clear what is not acceptable.