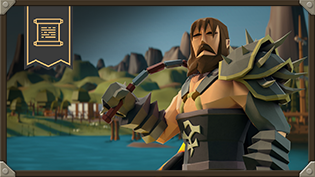 The official Jagex Launcher went into Open Beta back in March, offering big improvements to the login experience. Other enhancements have followed, such as the recent ability to play Old School via the popular community-led RuneLite client directly from the launcher.


If you’re not familiar with the Jagex Launcher or are interested to learn more, you can read all about it in this detailed technical rundown. We are also keen to talk more about our progress with the C++ client, which you can expect to hear more about in the near future.


So, what's next? Today, we’d like to talk about our plans for third-party clients.


For as long as Old School has existed, unofficial clients and features have existed alongside it. Many of these are crafted in players' spare time out of love and passion. However, that is not always the case, and over time some client add-ons have become too intrusive, affecting the gameplay in unacceptable ways and offering increasingly over-powered benefits.


We've spoken before about being more proactive in protecting the interests of the game, and acting if its health is threatened. As the game's owners, we need to look both at the current situation and where things are heading.


Inevitably as time has gone on, the initial boundaries we set out for what is and is not acceptable have been pushed to the limit, and at times the lines of acceptability have been crossed. Outside of individual client features that are essentially allowing players to cheat their way through content, or enabling impossible switches in PvP and PvM alike, we are also seeing increased usage of non-approved third-party clients that readily provide easy access to bot scripts.


Outlining and enforcing our rules is vital to protecting the integrity of the game, its economy and its long-term health. It’s clear that while our current approach has hindered the efforts of illegitimate clients and features, it is far from perfect. We need a better long-term solution that strikes the right balance between player enjoyment and game integrity.


With RuneLite now available in the Jagex Launcher, and conversations ongoing with other client developers such as HDOS, we feel like now is the right time to make some changes.


As such, going forward the only clients permitted for use outside of the official ones are those on the Approved Client List:


The use of any other clients will be considered a breach of T&C's. We are not currently looking to add any additional clients to the Approved Client List.


From today, a grace period will run until Friday June 24th, giving players the opportunity to transition to either one of our official clients or any of the clients on the Approved Client List.


Should players be found to be using other clients beyond this date, their accounts will be banned for two weeks. Continued infringements beyond this will result in permanent account bans.


We will be updating our current Third-Party Client guidelines for all approved clients. We realise certain plugins and features that do not impact the integrity of the game have become popular within the community, and we'd like to bring some of the most popular ones that would otherwise be prohibited to RuneLite. As an example, you can expect the removal of Death Animations coming as a plugin on RuneLite in the future!


We've worked closely with various members of the community to compile a list of plugins we think you'd enjoy. Have a certain feature or plug-in that you'd love to continue using that isn't currently available? Let us know!


We do not wish to unfairly punish anybody, but we must take necessary action to protect the game. Thank you for working with us. We firmly believe that this is in Old School's best interests. With your assistance, we can solve the issue of detrimental third-party features and focus our efforts on the improvement of our own clients.